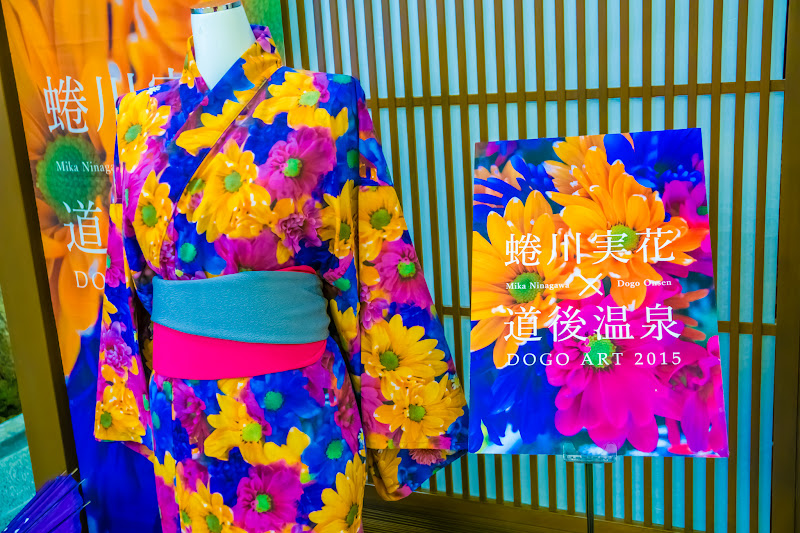 In 2014, “Dogo Onsenart 2014” was held to commemorate the 120th anivversay of Dogo Hot Spring main building. “Mika Ninagawa × Dogo Onsen DOGO ART 2015” has been held to take over the previous event since 2015. Mika Ninagawa, who is a photographer and film director, is responsible for the current event as the main designer.

In the last but one article, I showed art works at Dogo Hot Spring main building. There are also other art works in the Dogo Onsen area and I will show them in this article. 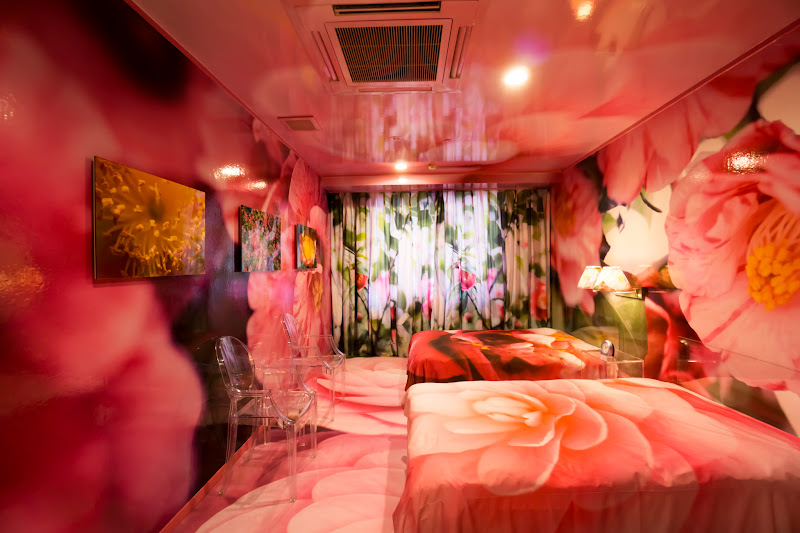 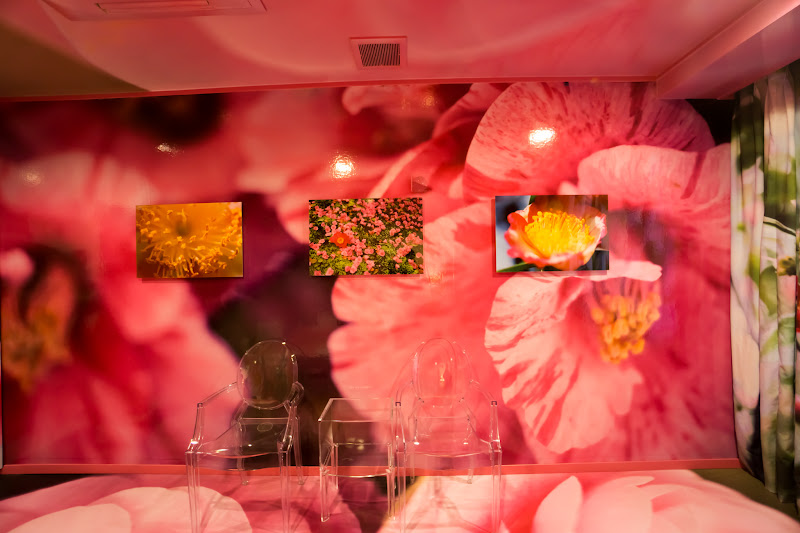 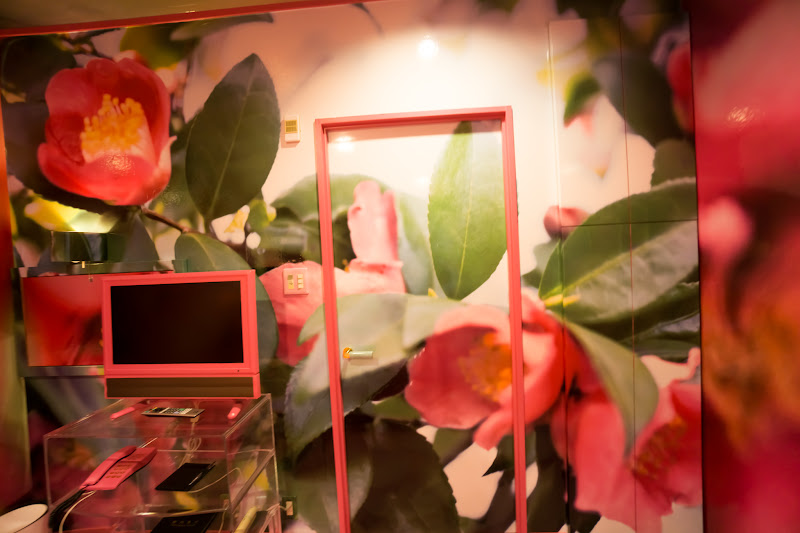 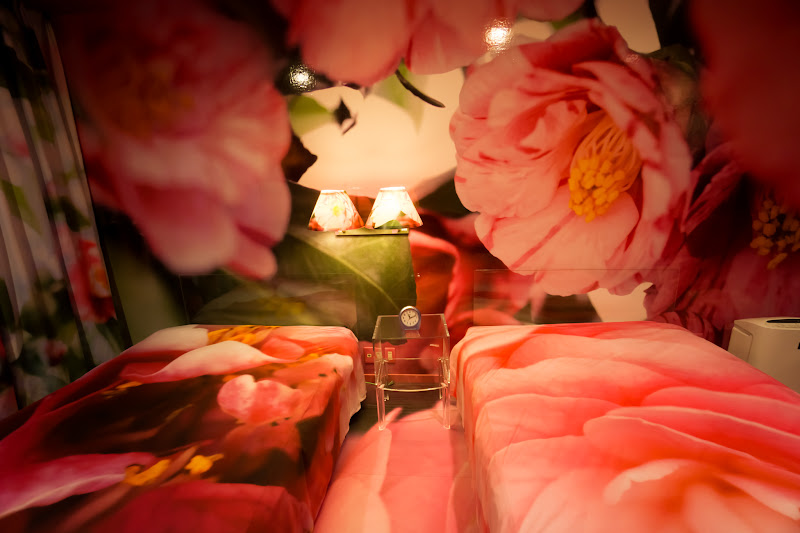 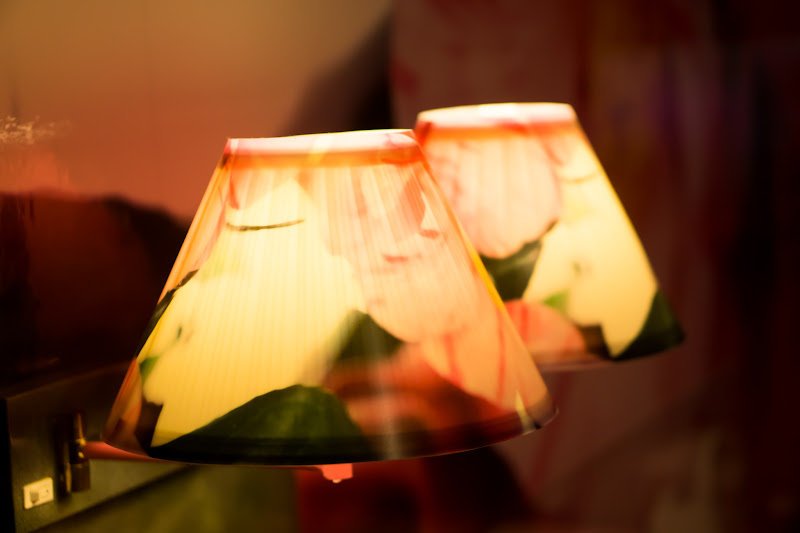 Following “TSUBAKI” room, I visited “Sketch” room at Dogo Prince Hotel. Originally, this room was displayed as an art work of “Dogo Onsenart 2014”, but it continues to be displayed after the art event was over. 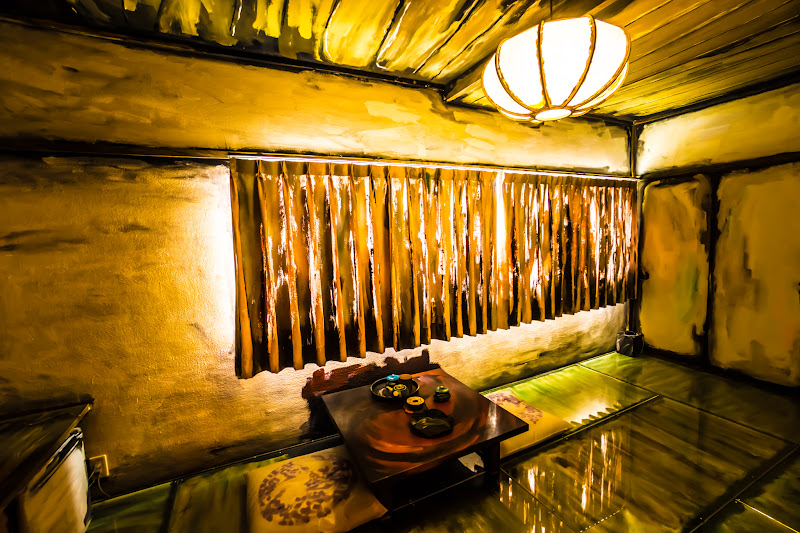 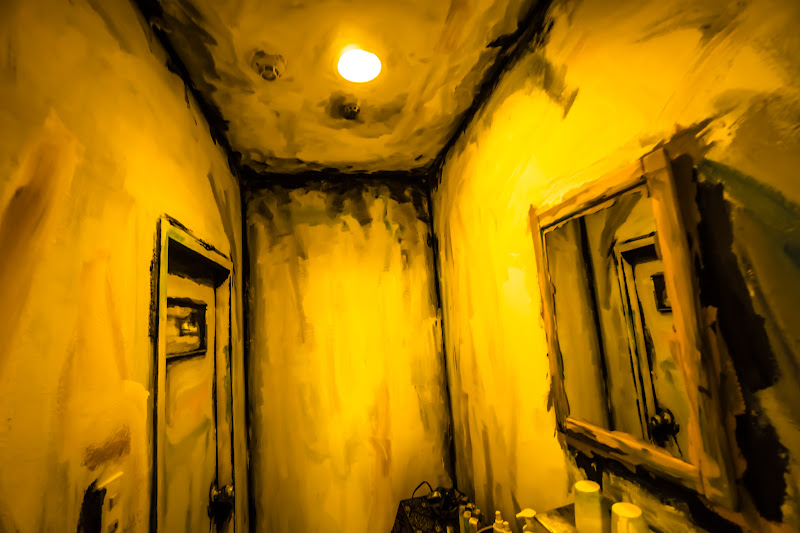 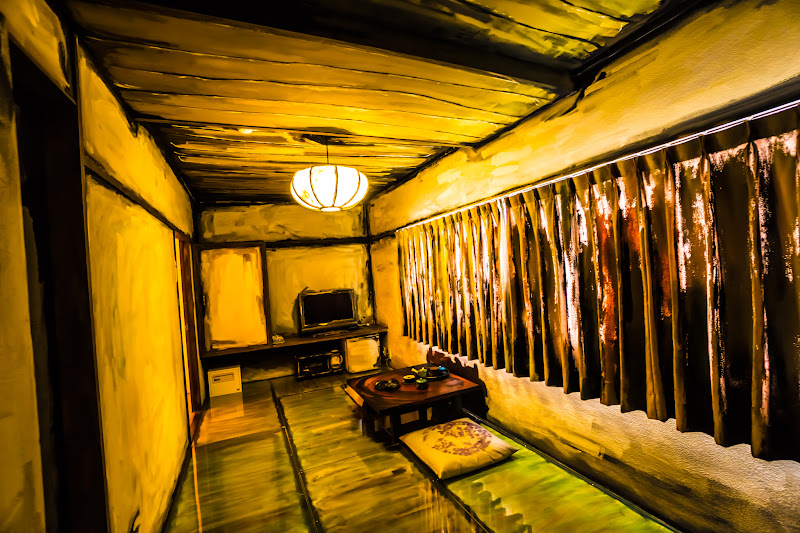 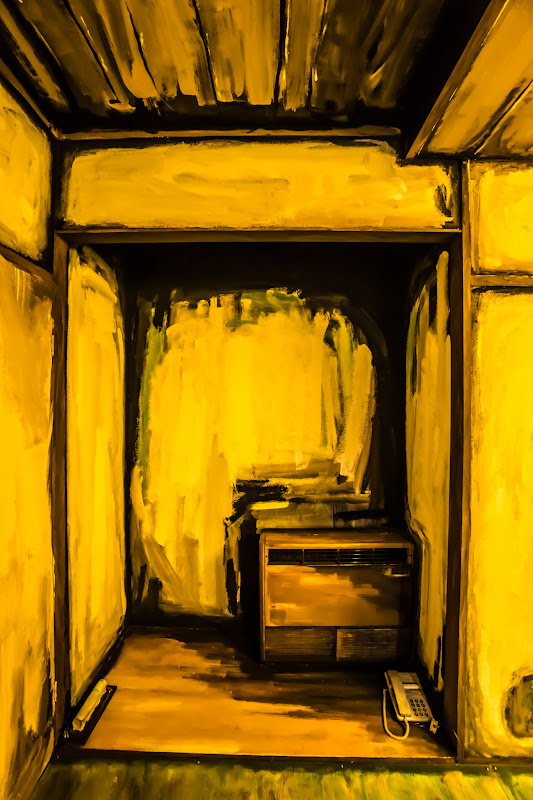 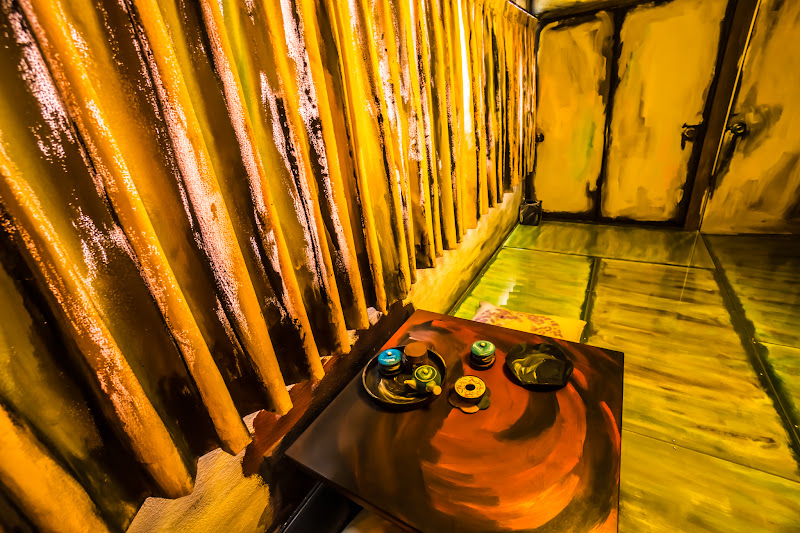 I stayed at Dogo Prince Hotel for the first day of my trip. There was another special room for exhibition, “Mican Room”. I will write about it in the final article of the series of this trip.

Then, I went to a bridal salon in Hotel Hanayuzuki. A wedding dress was Mika Ninagawa designed displayed. 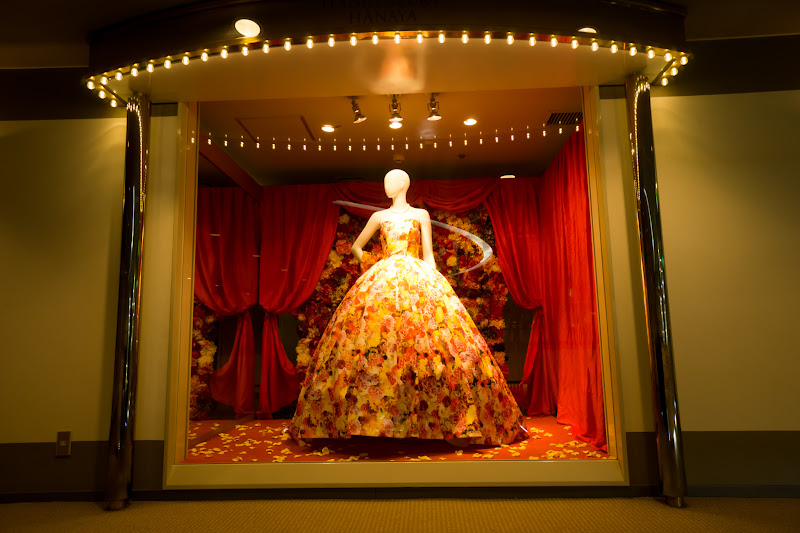 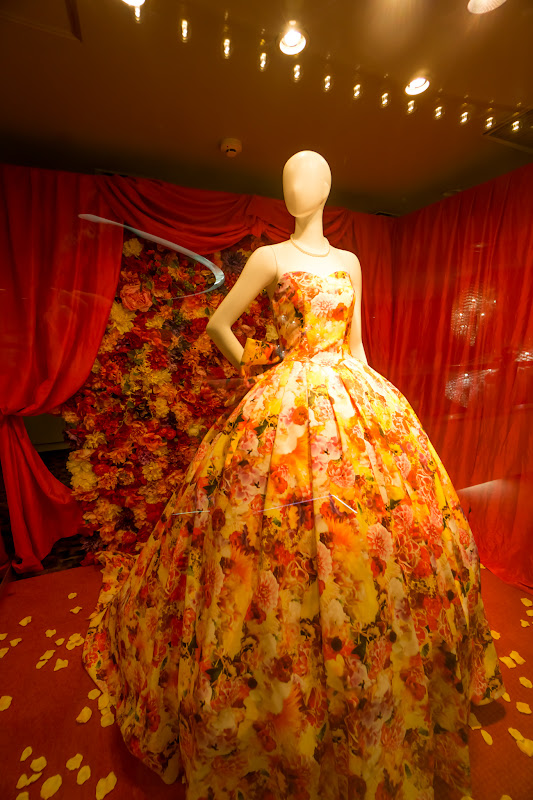 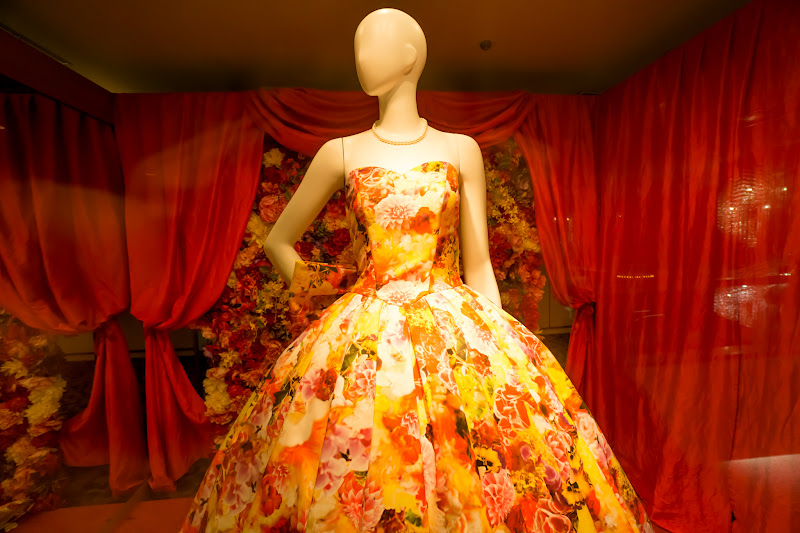 Next, I went to a restaurant “La Cuisine Japonaise HARU” in CHAHARU. Several pictures were displayed there. 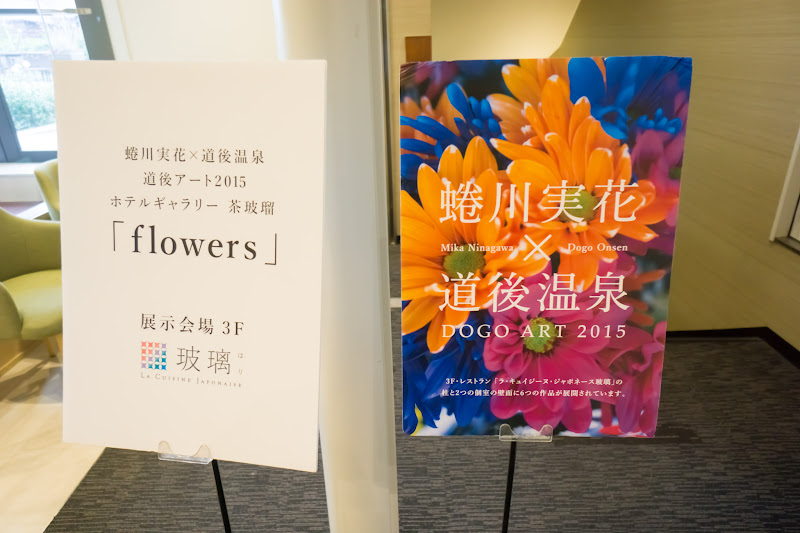 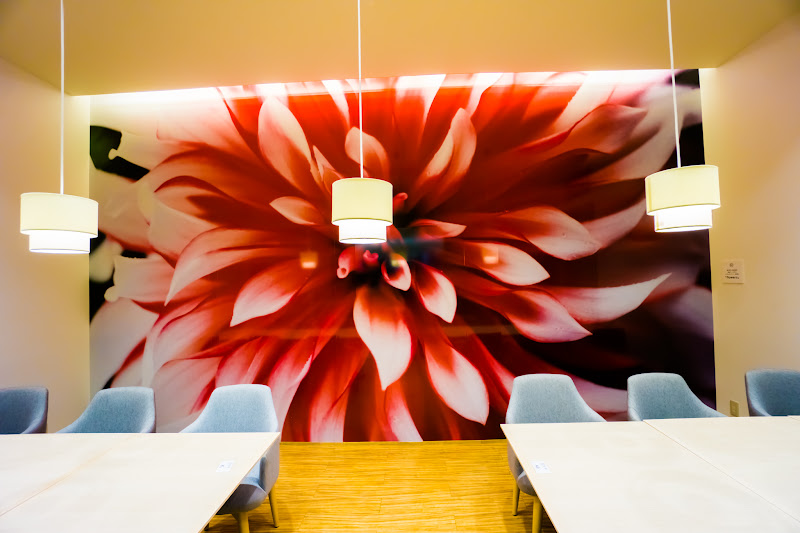 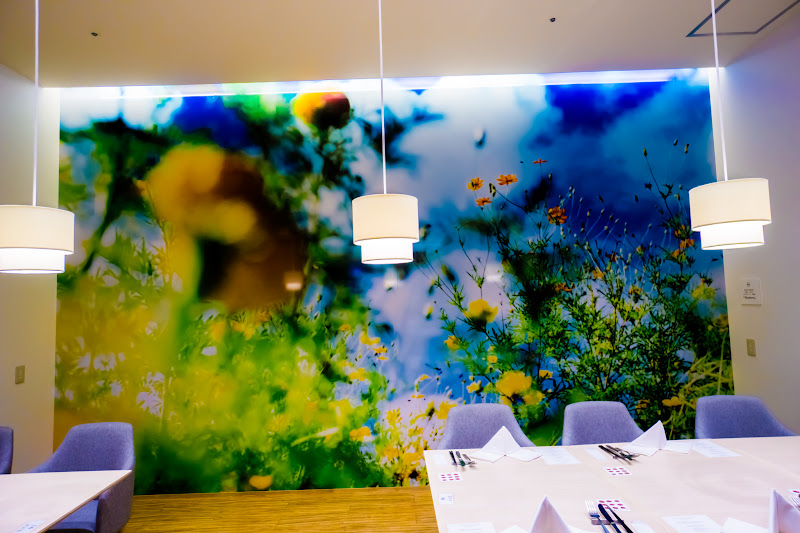 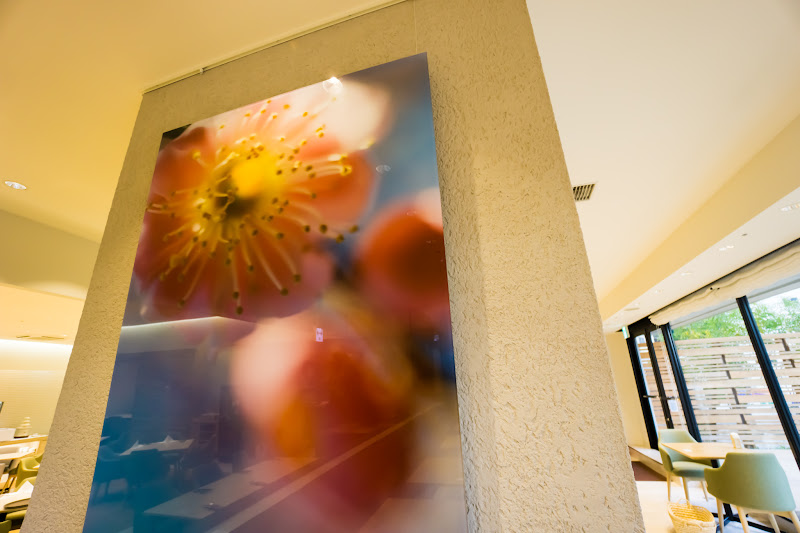 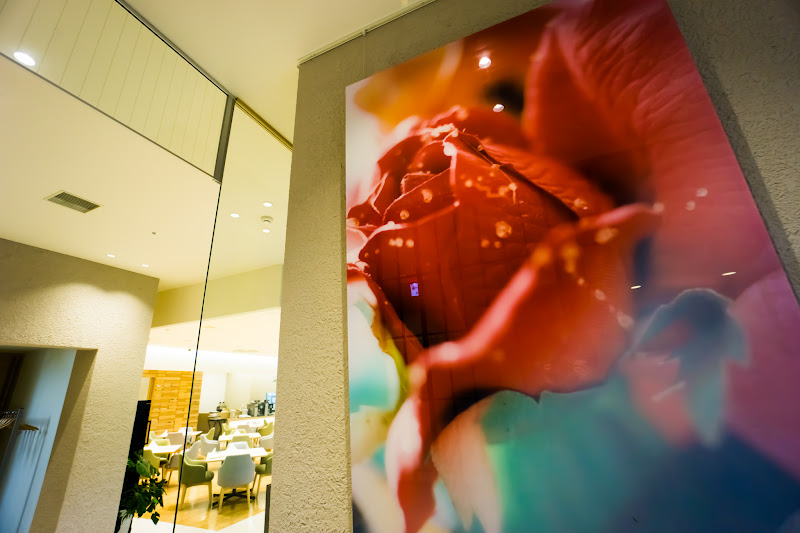 Last but not least, I went to “PLANT A TREE” room in Yamatoya Honten. This room featured cherry blossoms of Meguro river, Tokyo. 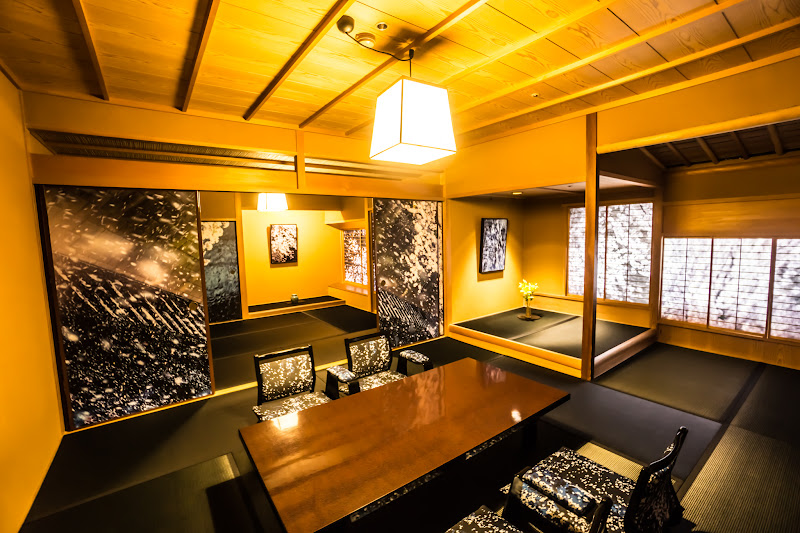 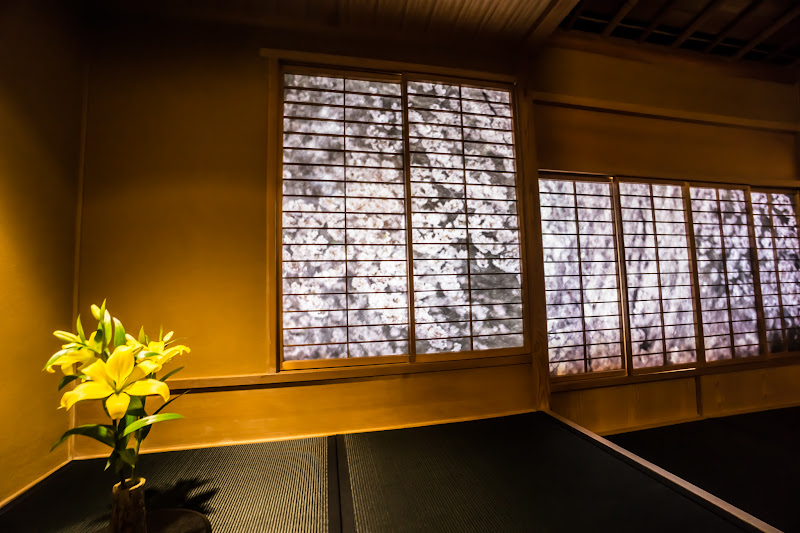 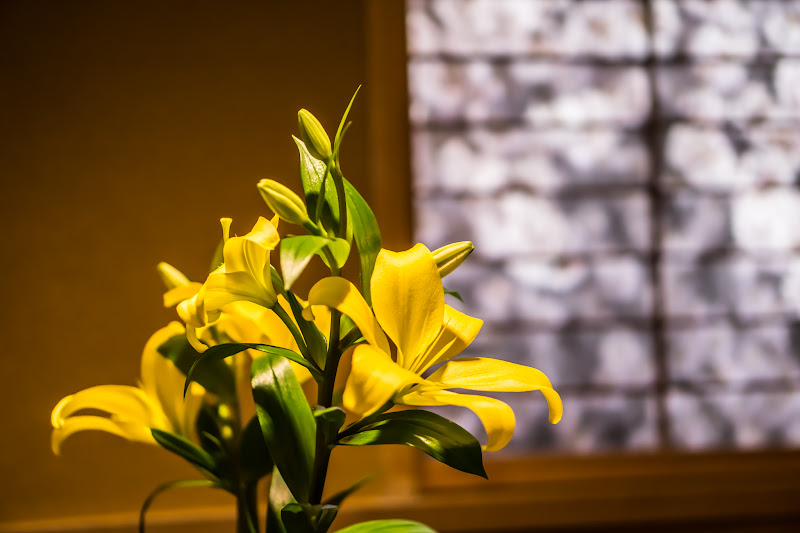 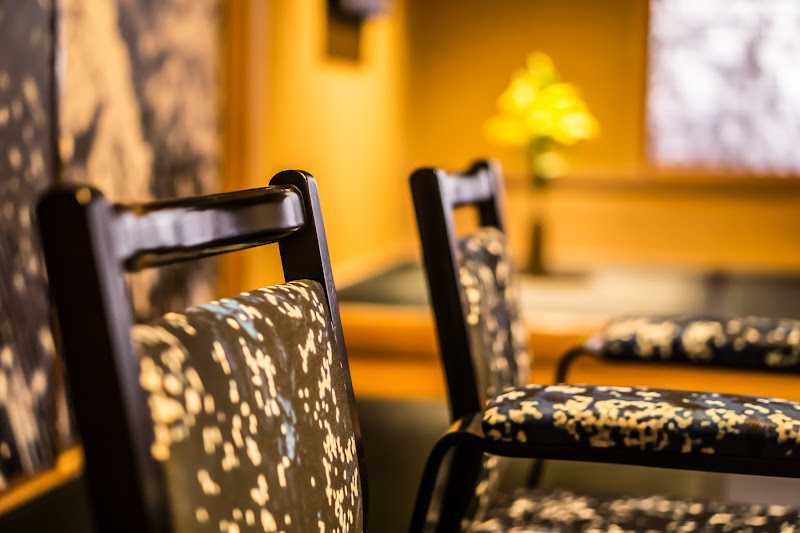 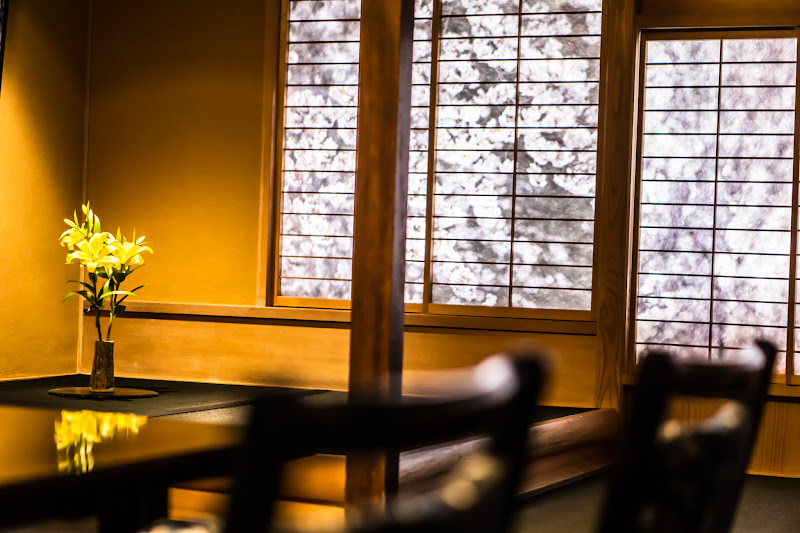 In addition, original lamp shades Mika Ninagawa designed were displayed in the lobby of the hotel. 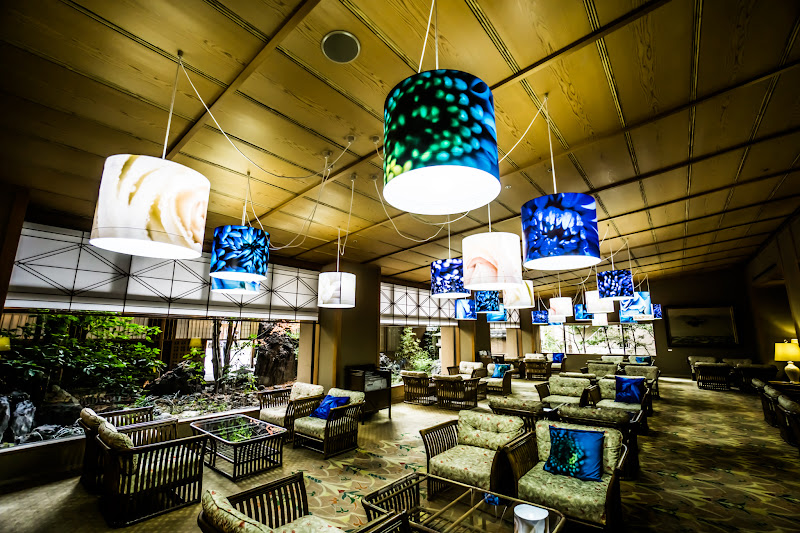 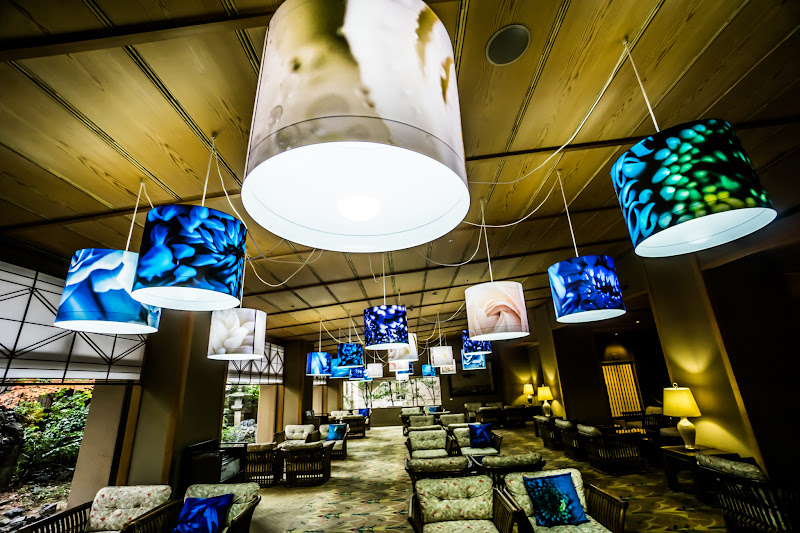 I stayed at Yamatoya Honten on the second day of my trip. Considering the balance between its price and its facility/service, and access to Dogo Hot Spring main building, I would recommend this hotel.

Finally, just for extra, other photos of Mican. 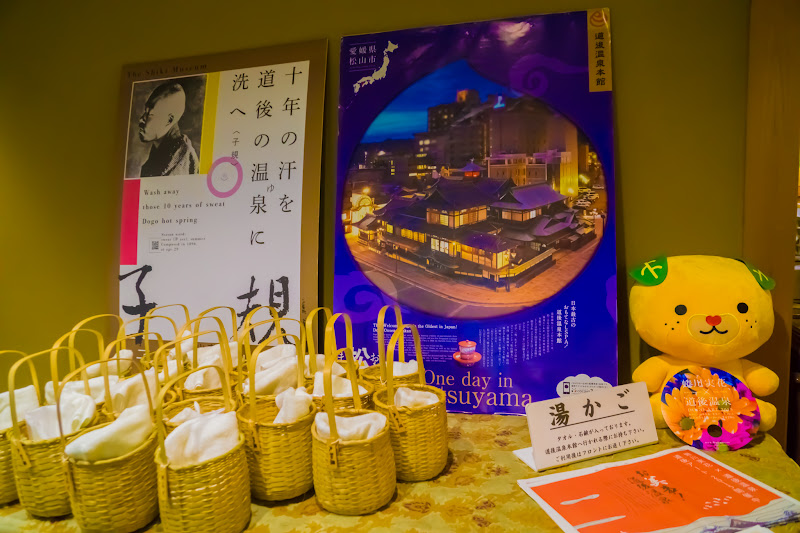 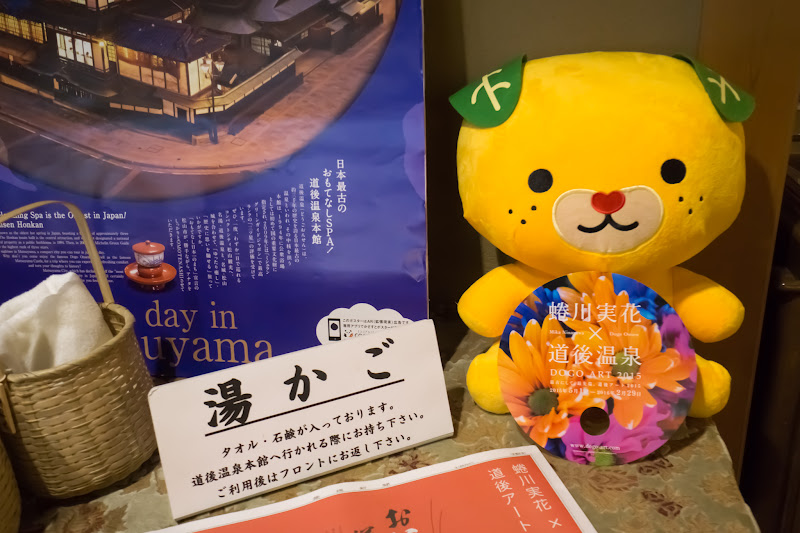 That’s it for the article about art works of “Mika Ninagawa × Dogo Onsen DOGO ART 2015”. She often uses pop and vivid colors in her art works, and I realized her characteristics through the event. Every art works reflect her preference.

“Mika Ninagawa × Dogo Onsen DOGO ART 2015” will continue until the end of February 2016, so in case you have a chance to visit Dogo area, you must visit and watch her works. There are also other art works, such as wrapping train and lantern gate, and I will pick them up in other articles later.

In the next article, I will write about Dogo shopping arcade and Dogo gourmet (To be continued).