I visited Dogo-onsen Hot Spring in Matsuyama city, Ehime prefecture in two years. “Mika Ninagawa × Dogo Onsen DOGO ART 2015”, an art festival, was held during my visit, so I was able to fully enjoy staying there. In this article, I will write about Mican room in Dogo Onsen.

Mican is the mascot character of Ehime prefecture. When I visited Matsuyama city, Ehime Prefecture, for the first time in December 2013, I knew Mican. Since then, I have been a fan of Mican. 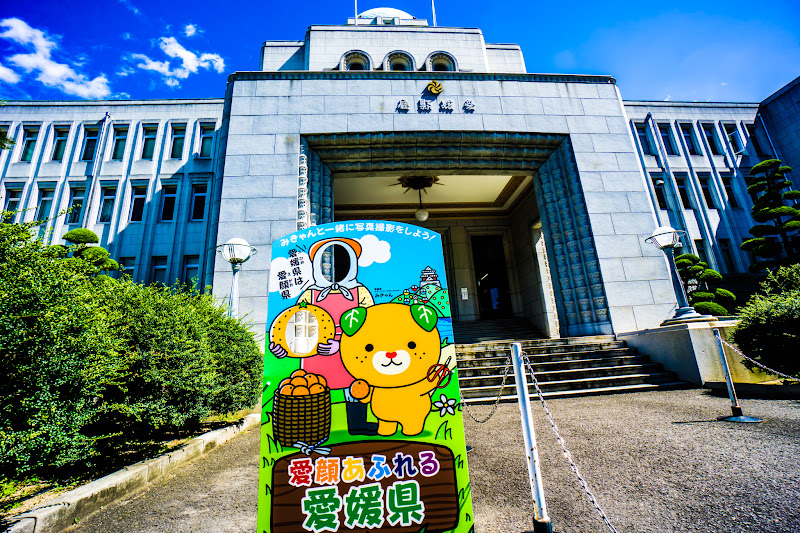 In Nobember 2015, I went to Yuru-chara Grand Prix 2015 to cheer for Mican. In addition, I went to Matsuyama to see Mican’s parade. 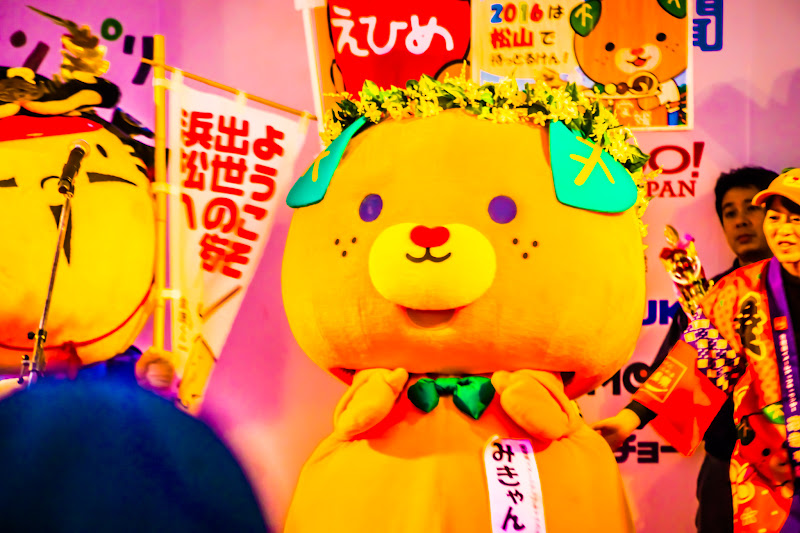 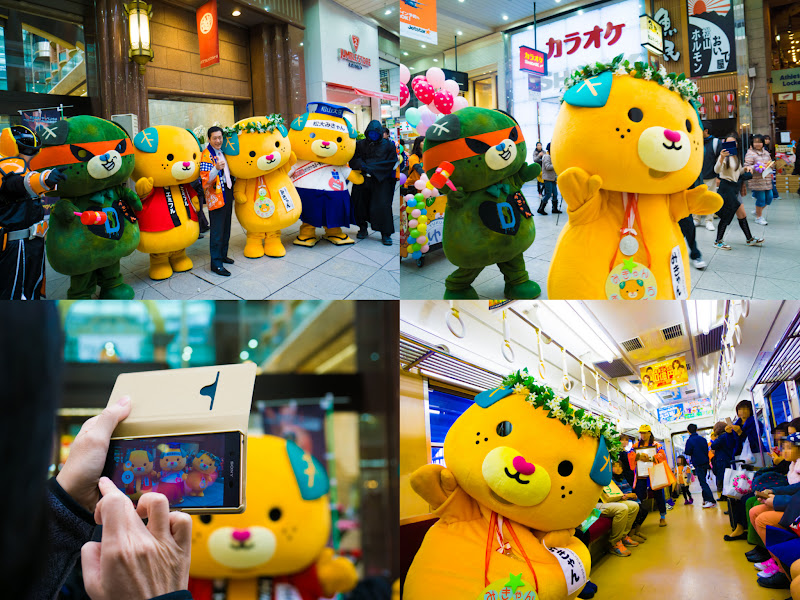 In the meantime, several hotels in Matsuyama city prepared Mican rooms for promotion. Dogo Prince hotel was included in the list of the hotels, so I visited it this time. 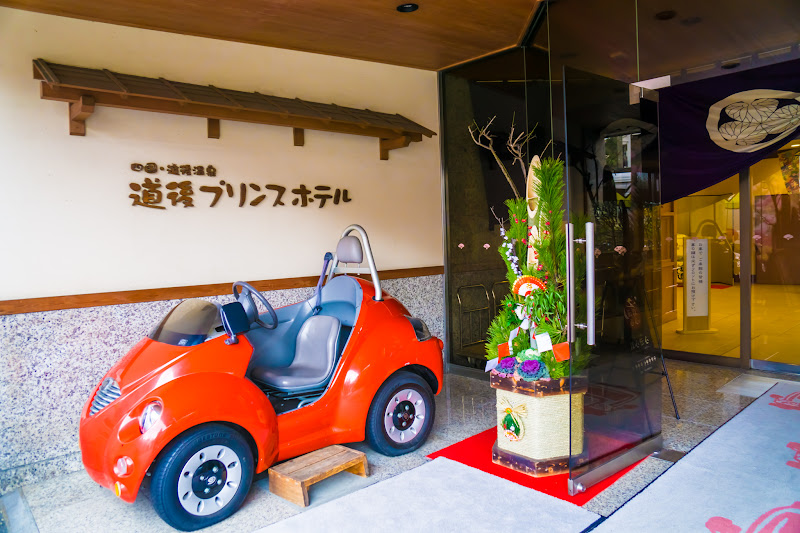 Dogo Prince hotel is one of the largest hotels in Dogo area. It developed speacial art rooms such as “Sketch room” for “Dogo Onsenart 2014” and “TSUBAKI” room for “Mika Ninagawa × Dogo Onsen DOGO ART 2015” (see the related article).

Dogo Prince hotel has been promoting Mican. For example, its pickup van was printed with Mican. 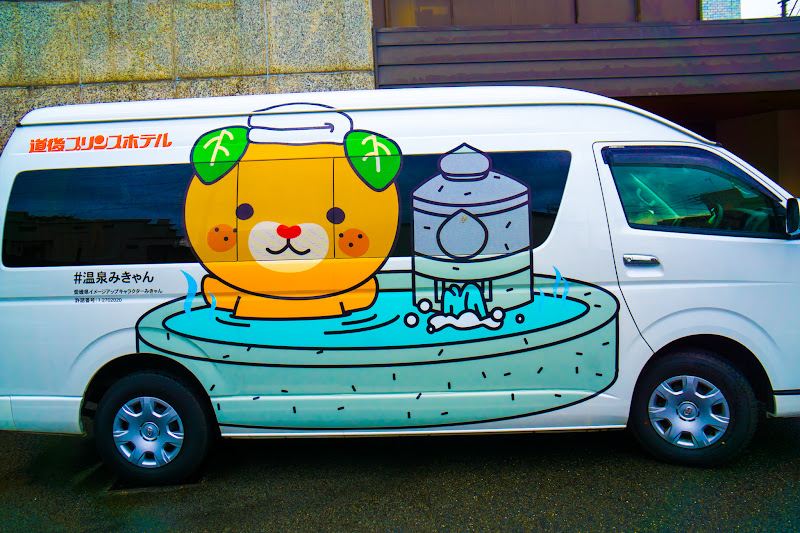 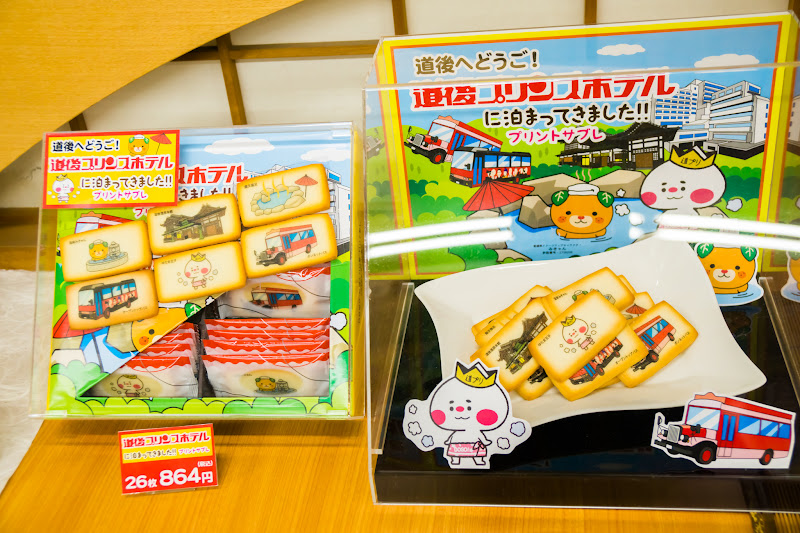 The entrance of Mican room.

When I entered the entrance, there was a small room. 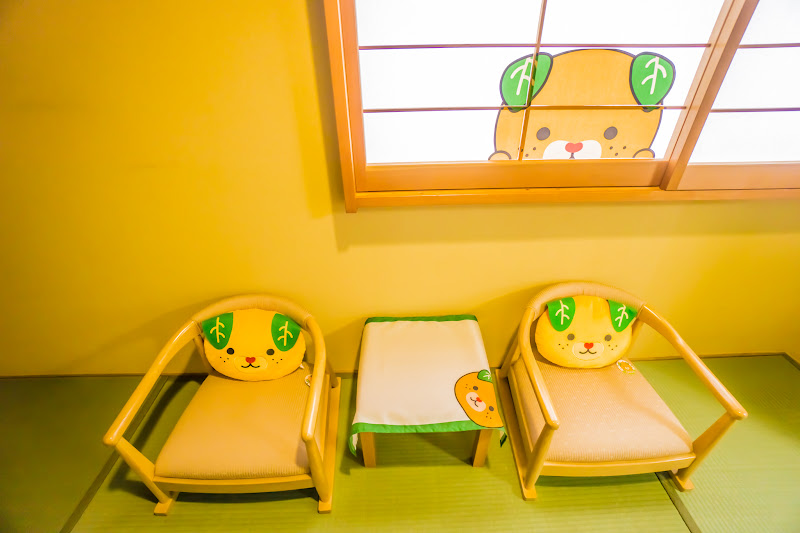 After I pass the small room, there was a main room. 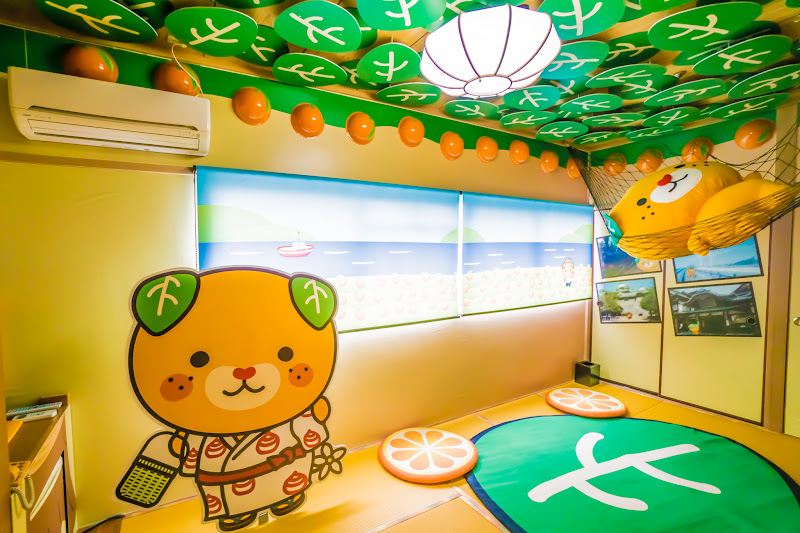 Zoom up of Mican. 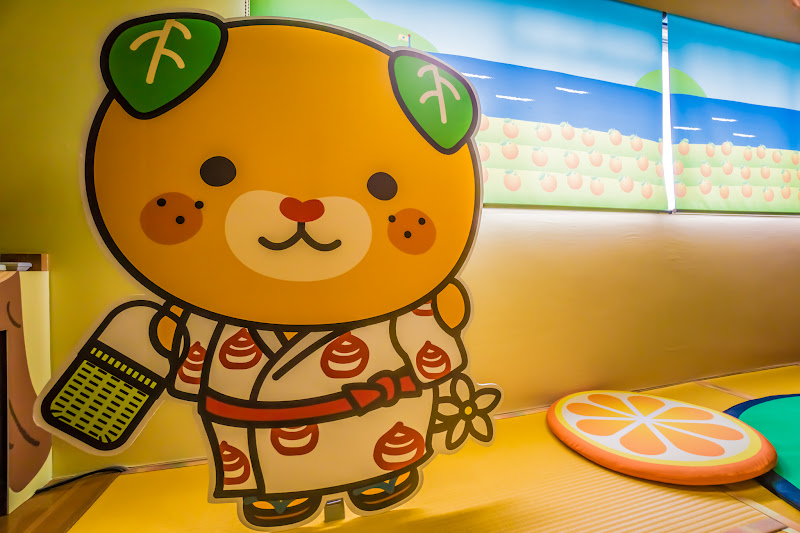 TV and telephone was also colored in orange. 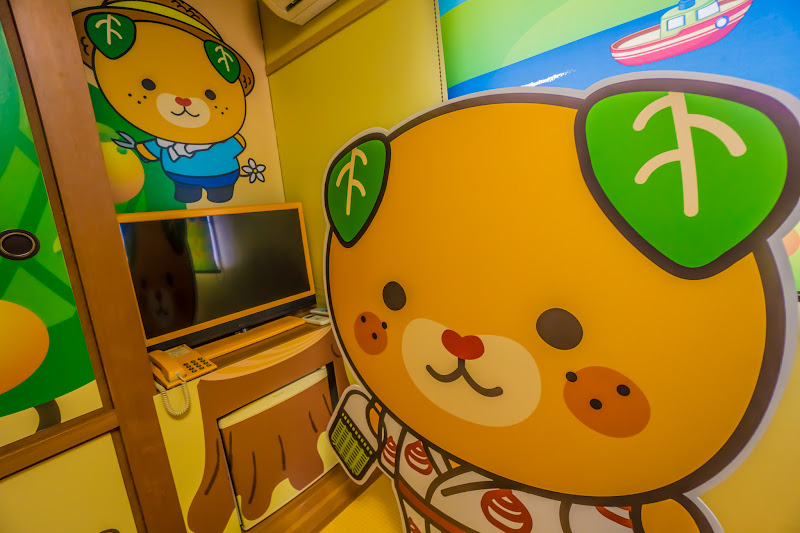 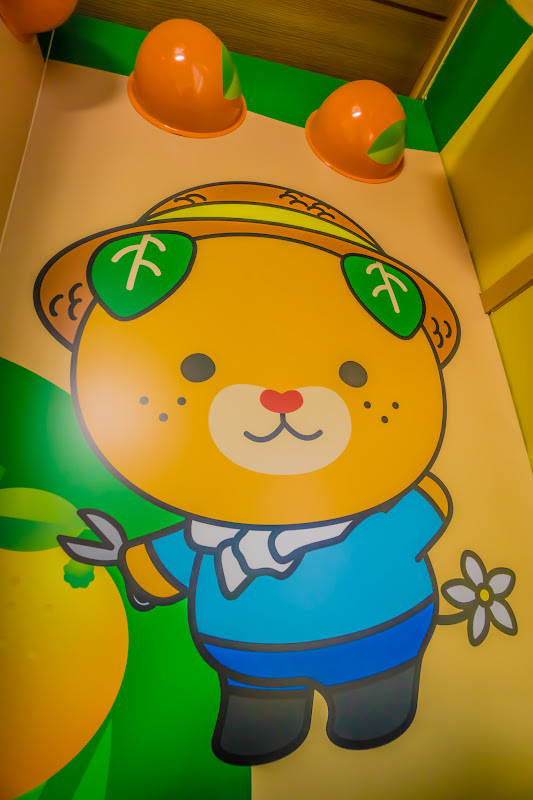 Depth of the room. 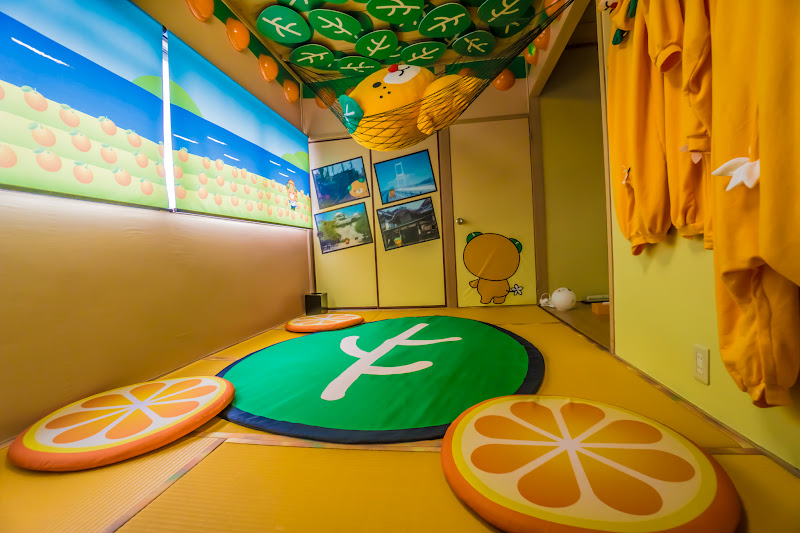 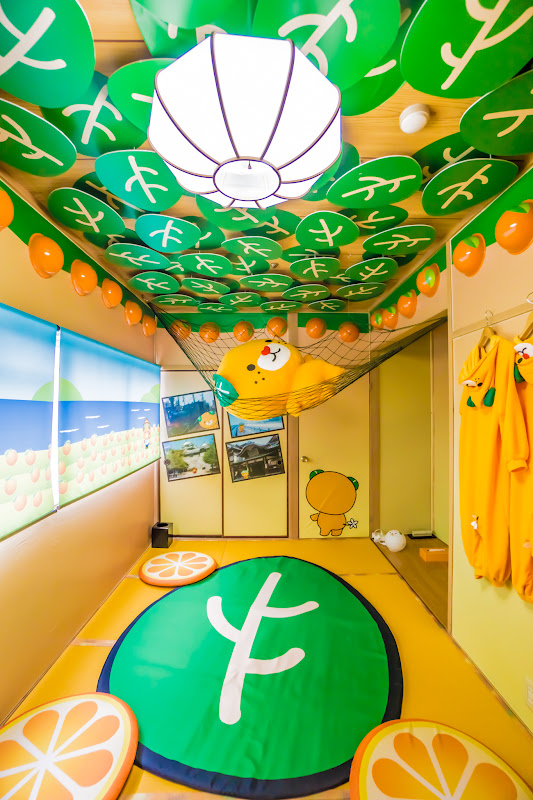 Around the door of the room. 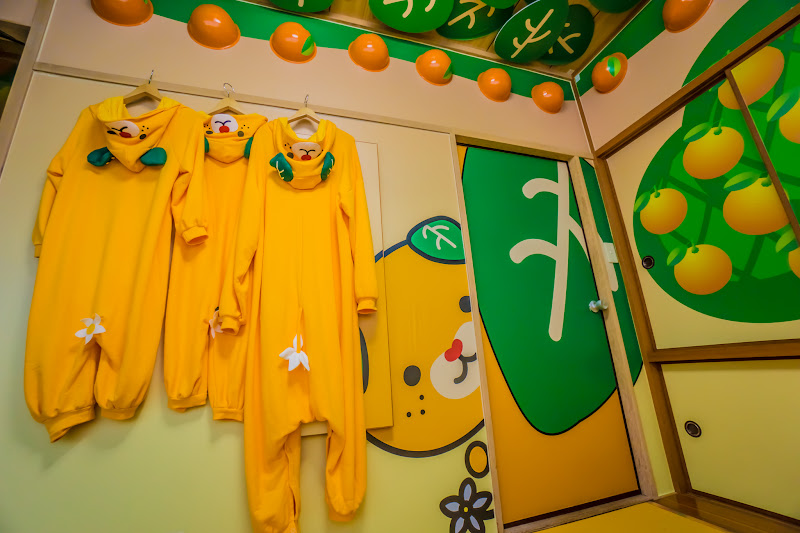 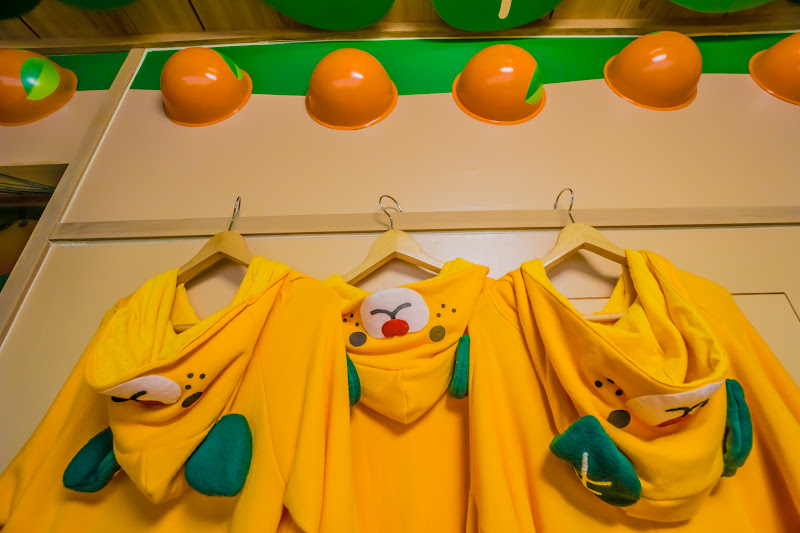 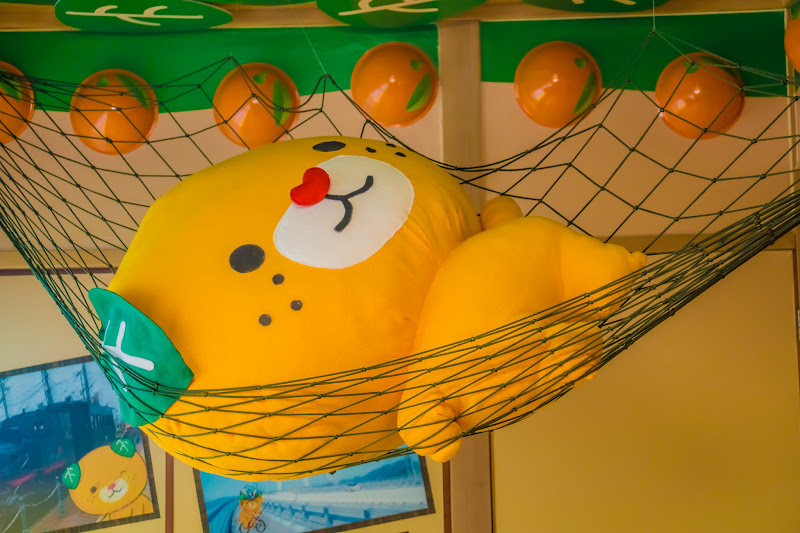 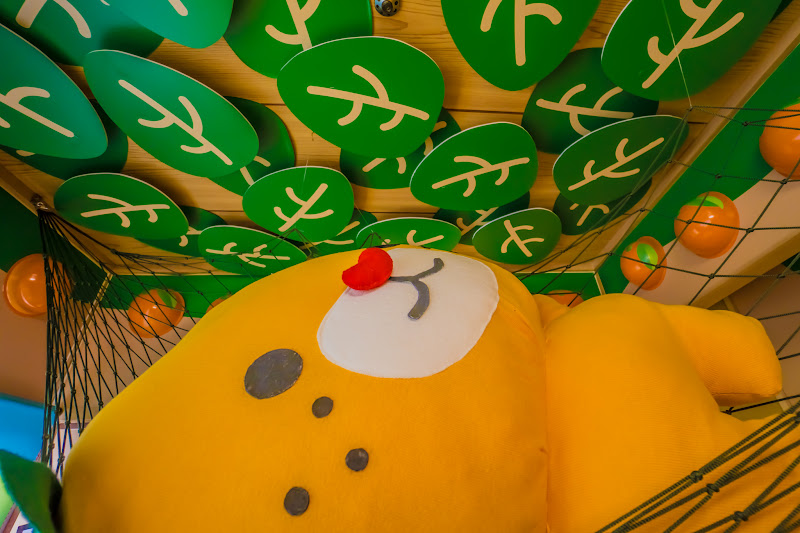 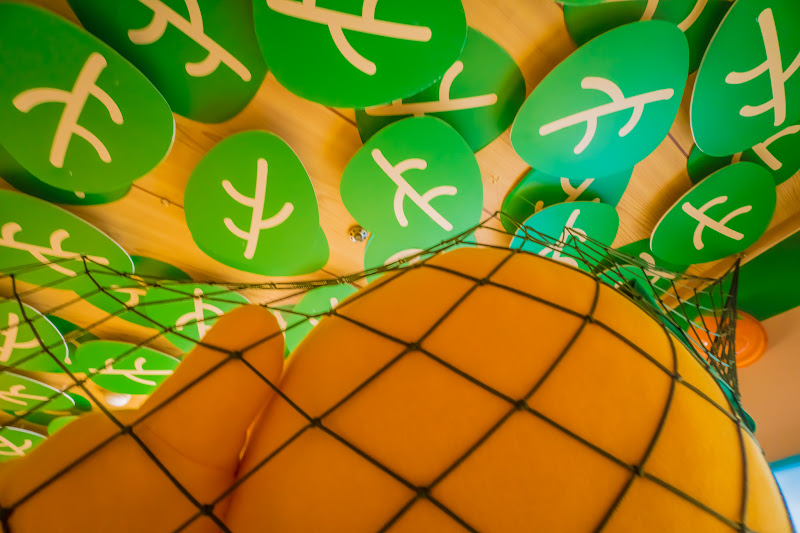 Several Mican’s pictures were printed on the wall. 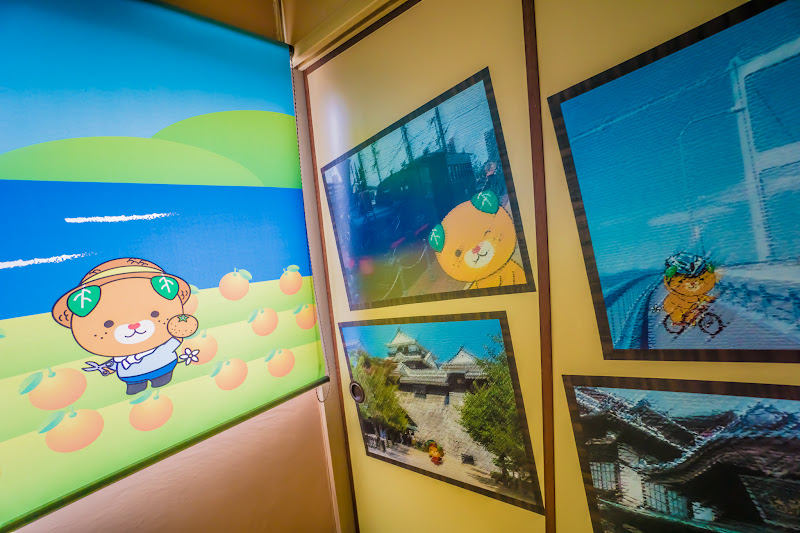 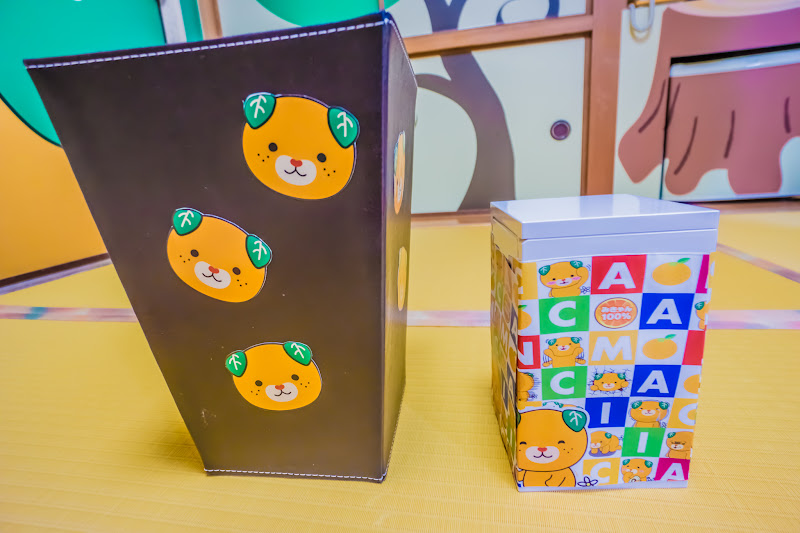 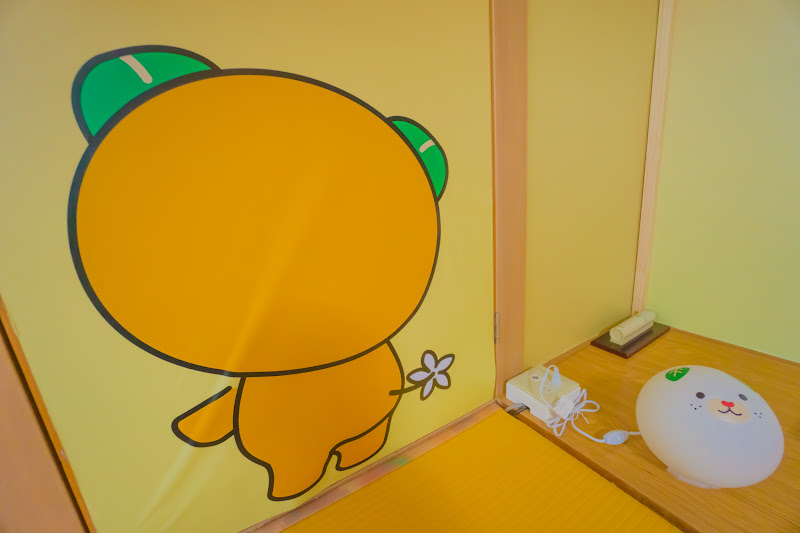 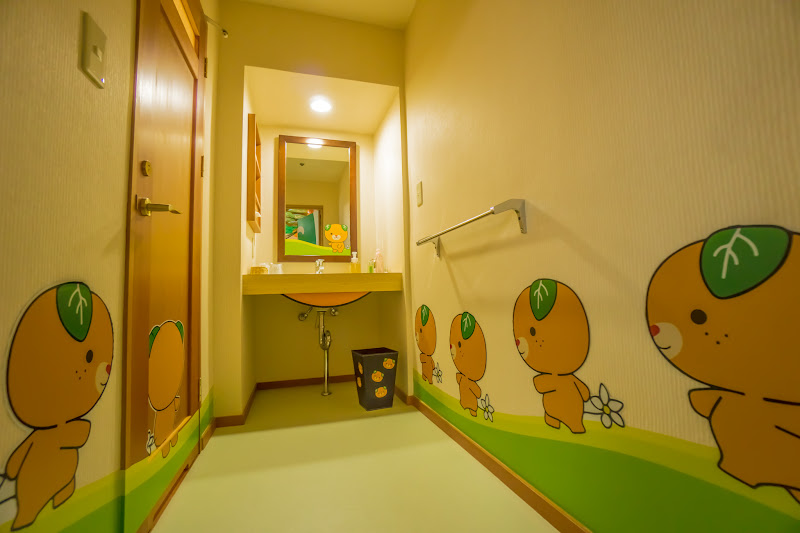 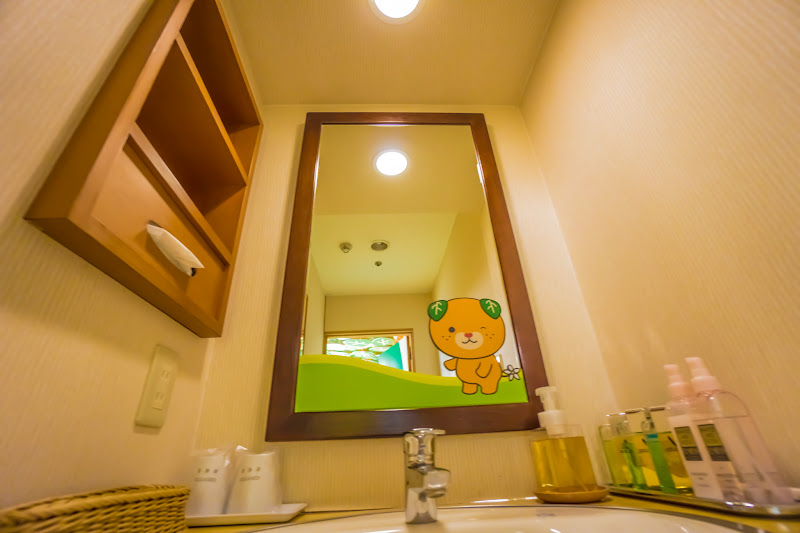 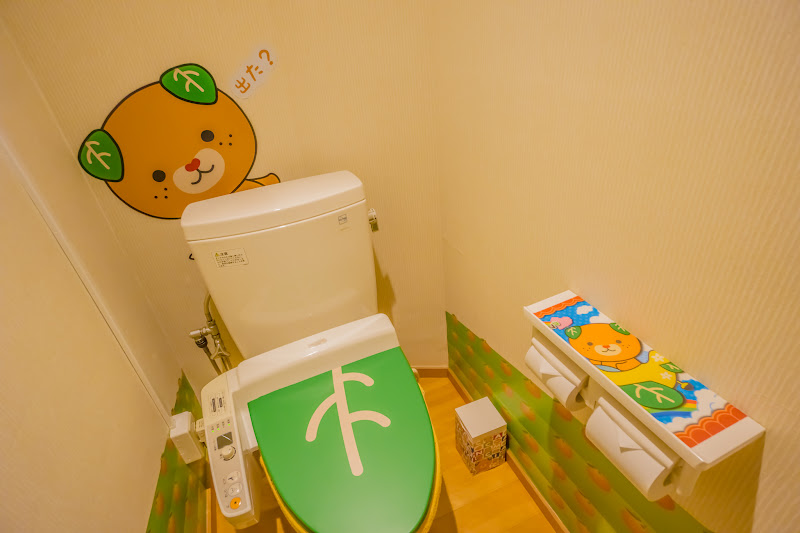 The final photo was a small staffed Mican. 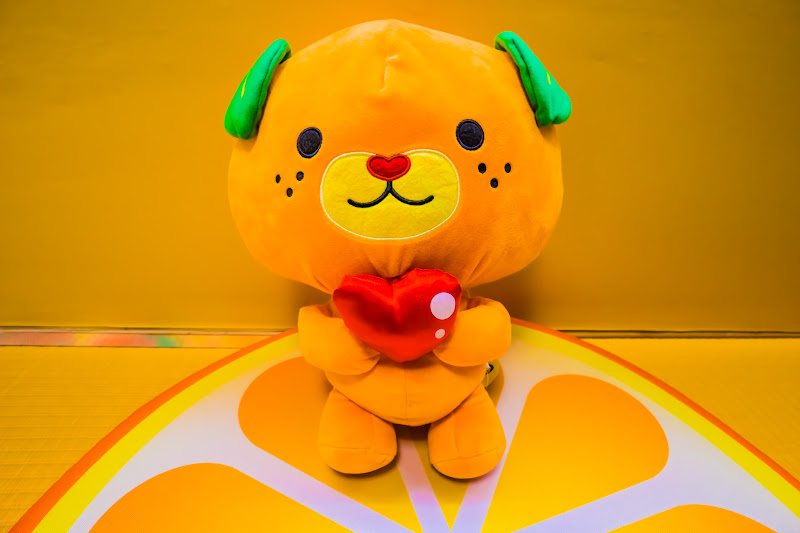 That’s it for the article about Mican room in Dogo Prince hotel. I hope you will become interested in Mican through my blog 🙂

Here is an extra photo of Mican, which was taken at Matsuyama airport. 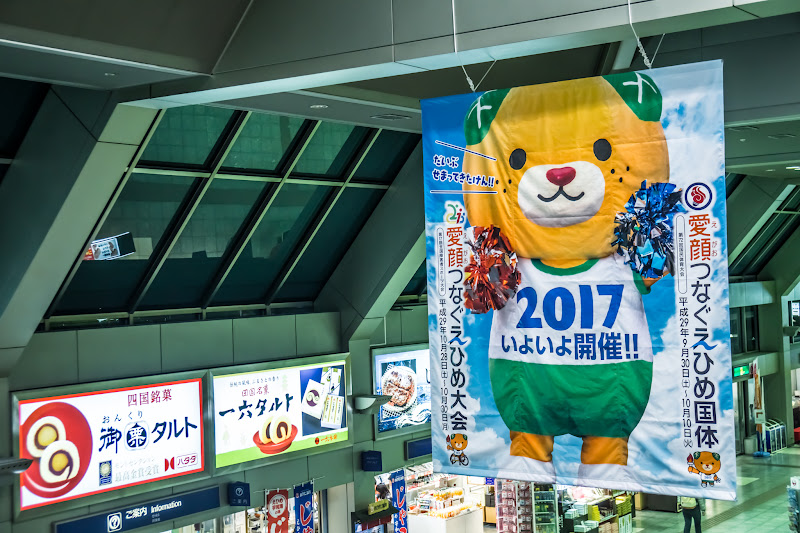 So now, I completed the series of the trip to Dogo Onsen Hot Spring. Thank you for reading my blog 🙂