I traveled to Singapore in late June for the first time in two years. In addition to famous tourist areas, I went around spots I have never been to before this time. While I have lived in Singapore for a year and half before, I find something new whenever I revisit Singapore. In this article, I will write about Don Mueang Airport (Bangkok) as part of Day 1.

As I mentioned in the previous article, I went to Singapore with Scoot (TR869) via Bangkok. In this article, I will write about Don Mueang Airport which I stopped by.

As I didn’t mention about how to transfer at Don Mueang Airport for indirect flights in the previous article, I will briefly present it in this article.

Note: (1) there are two transit counters, for international flights and domestic flights, (2) passengers need to take security check at the airport.

From here, I will show pictures in Don Mueang Airport.

Now I have reached the departure area after passing the security check. 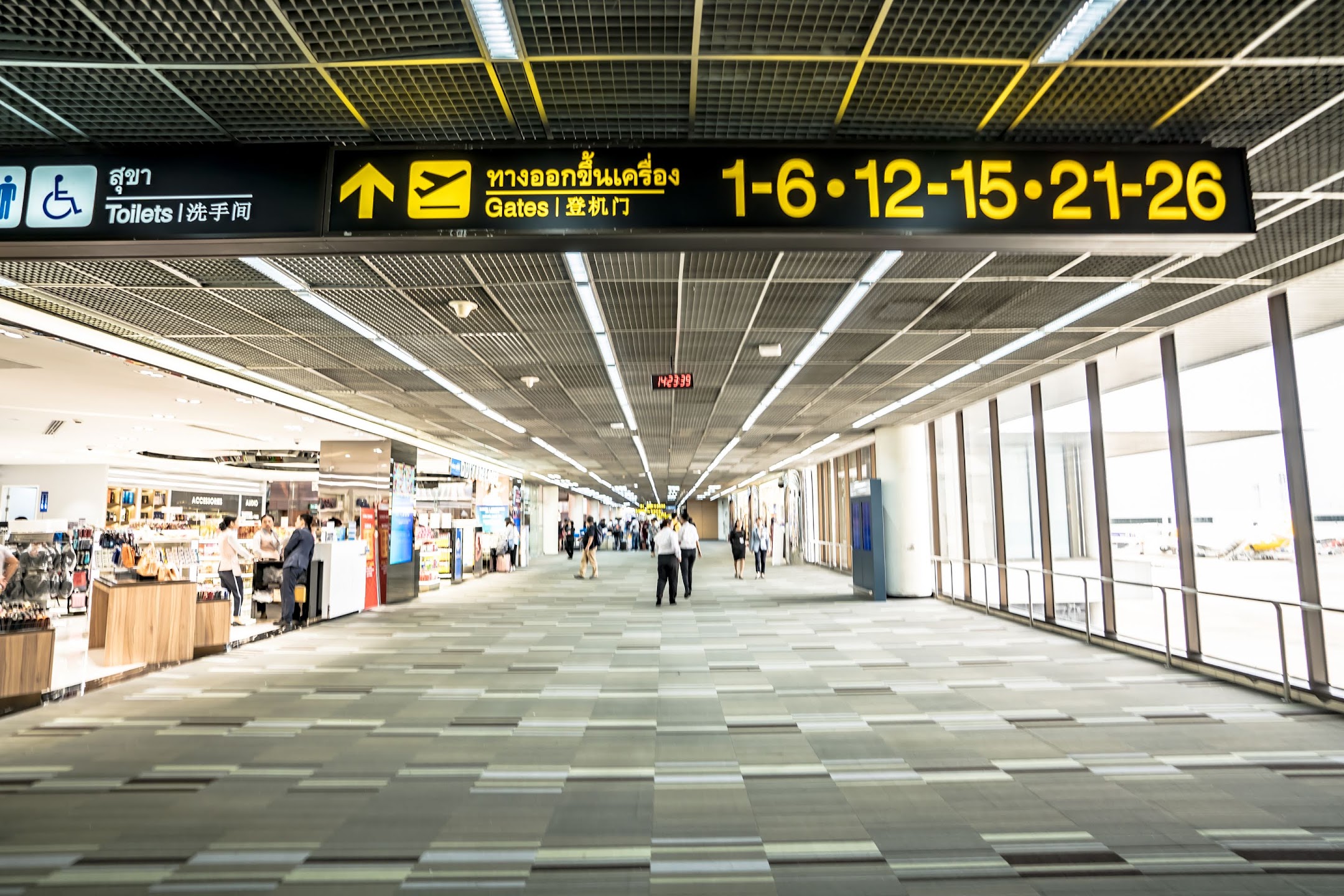 There were lots of shops including duty free shop. JIM THOMPSON is a specialty shop of Thai silk. 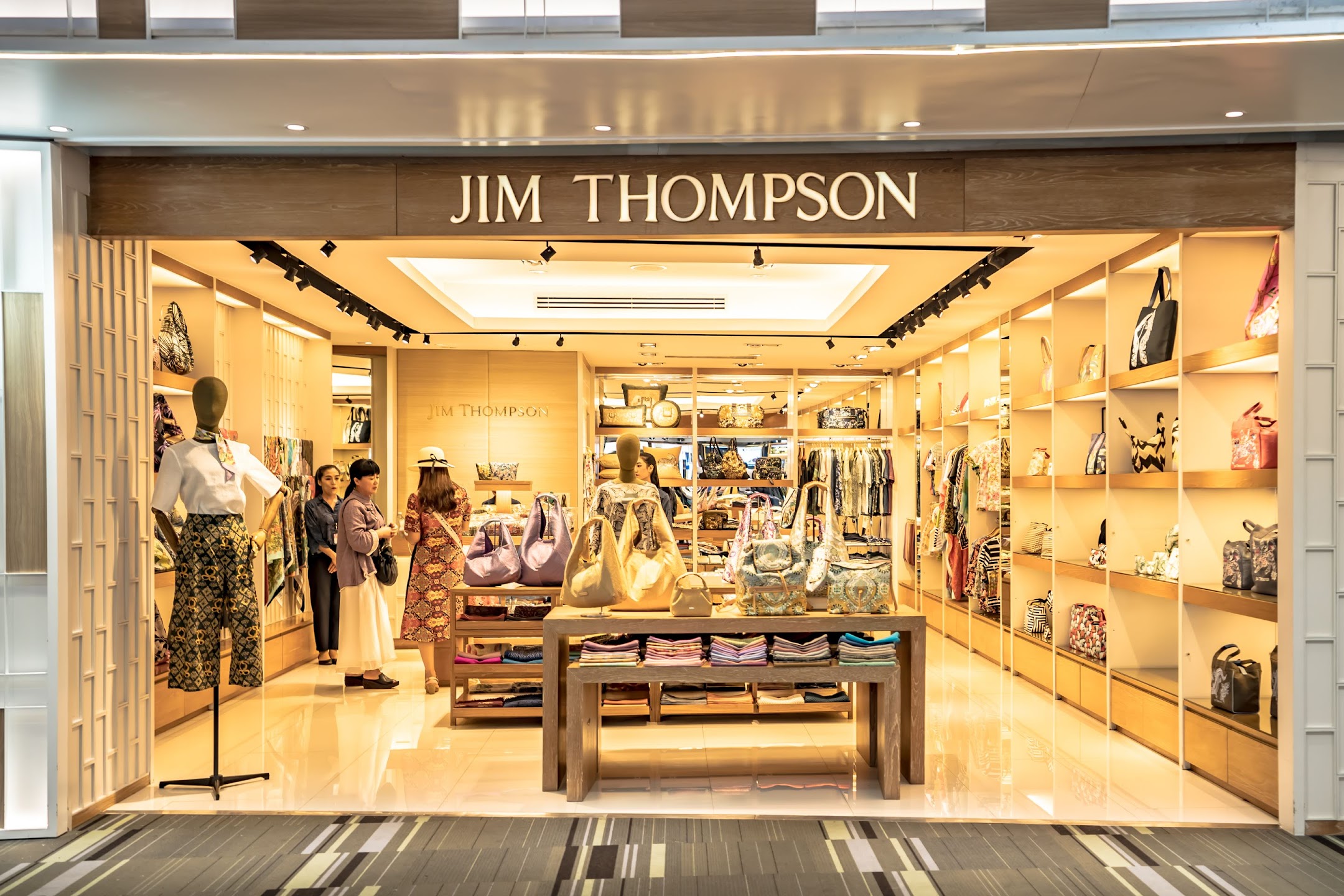 There was a McDonald’s in the airport and Donald welcomed customers with its hands clasped. 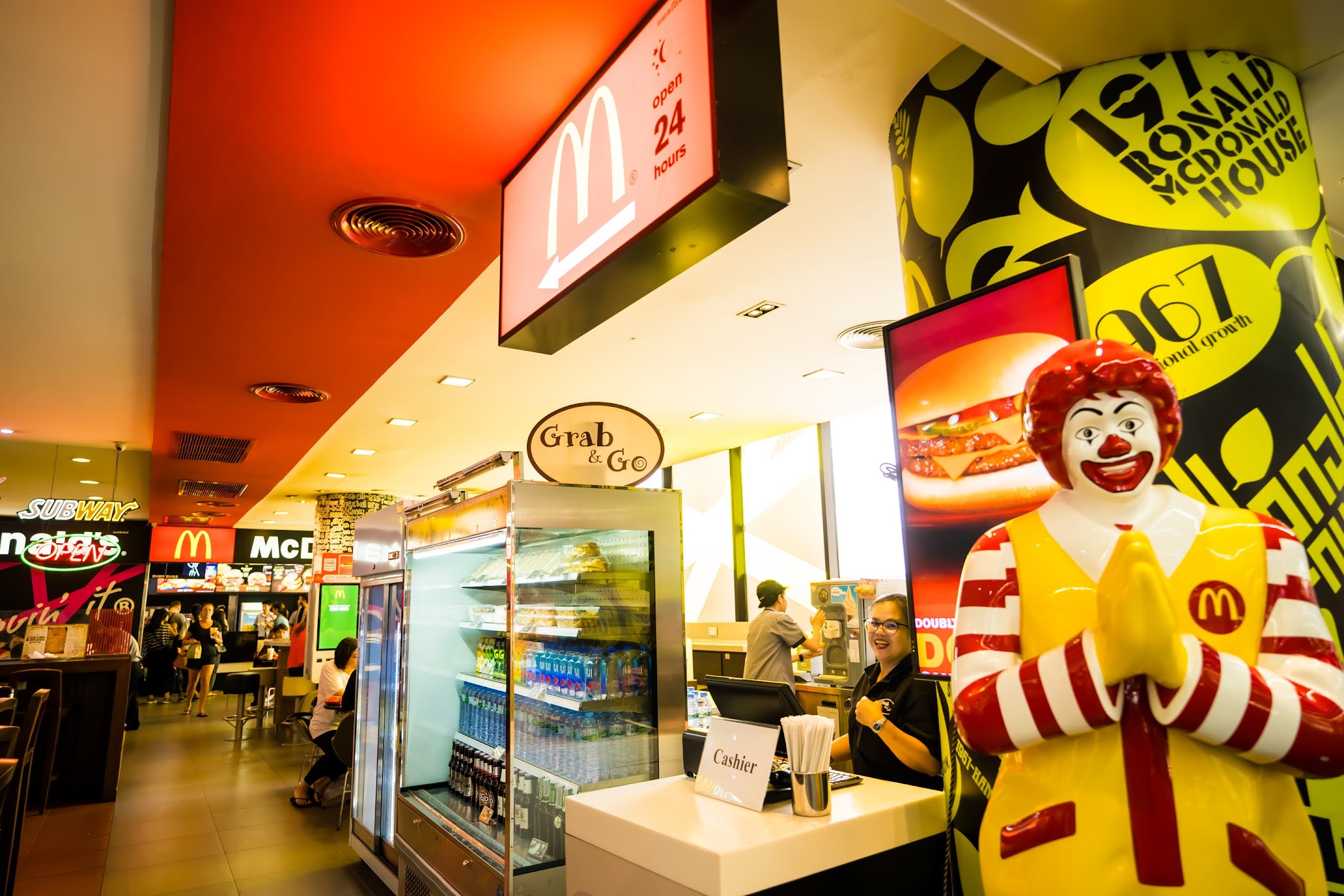 Several panels for tourism in Thailand were displayed. 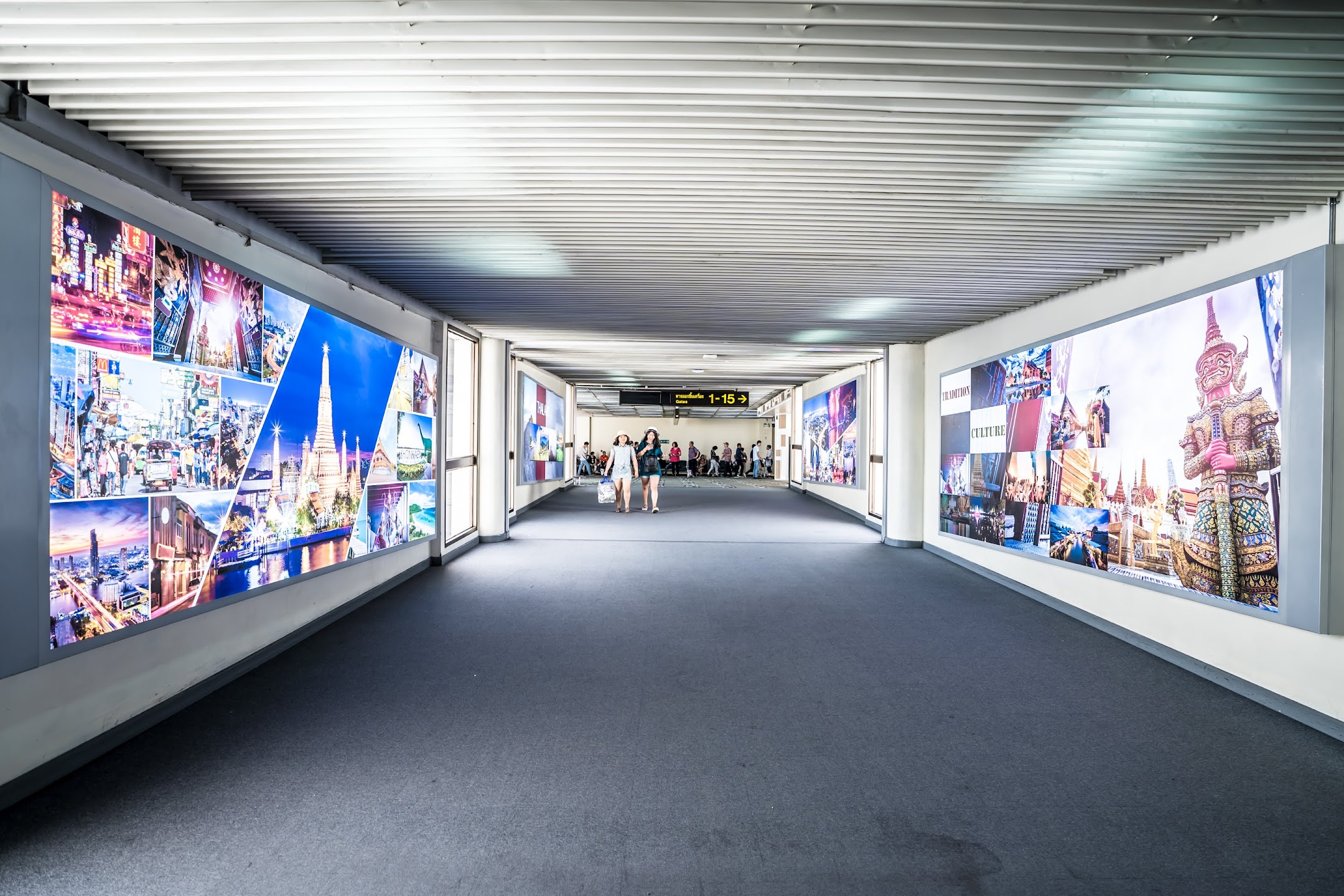 I traveled to Bangkok in Thailand only once in 2007, so I would like to revisit Thailand in the future.

I will take airplane photos from here. 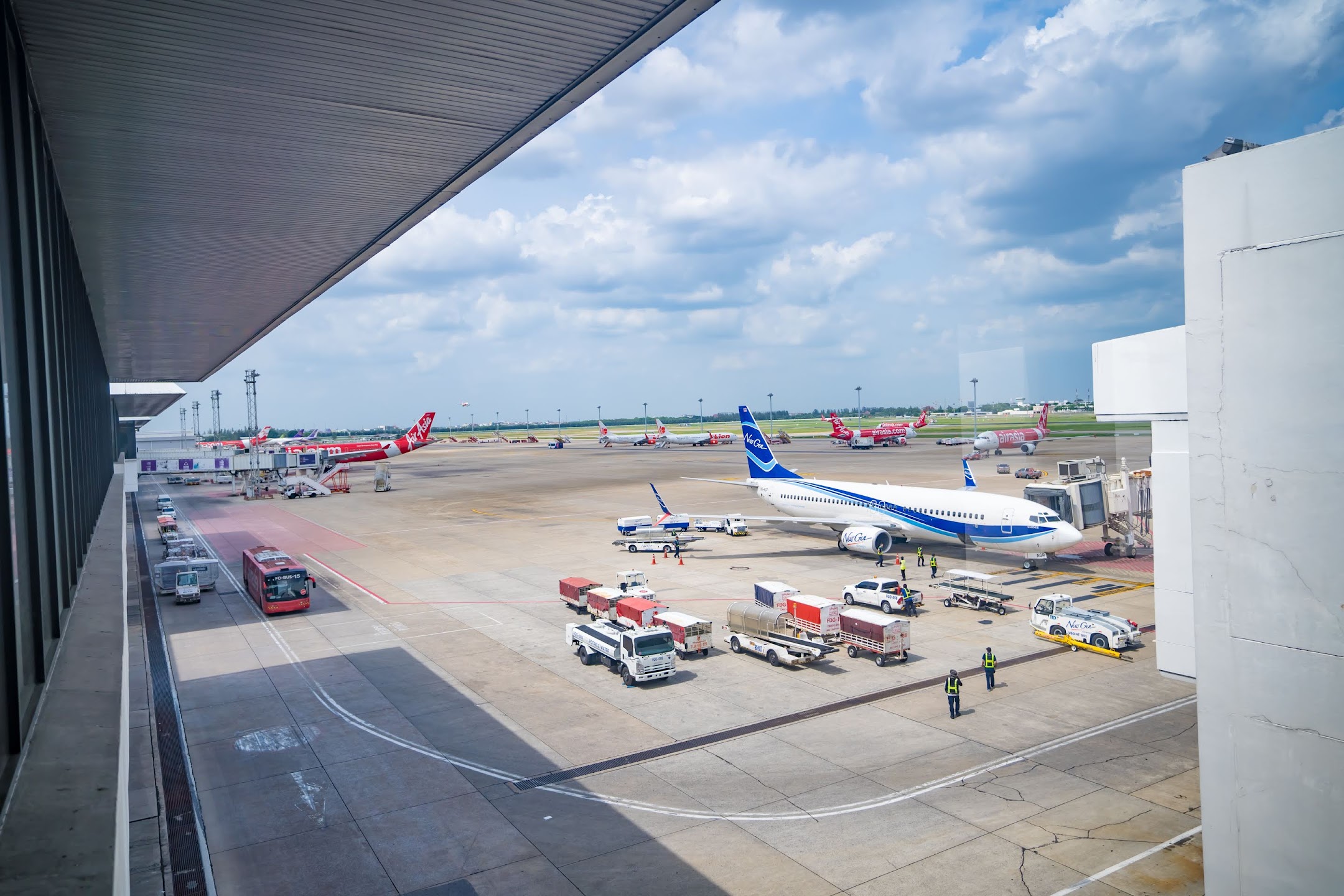 There were both well known airlines for Japanese such as AirAsia and unfamiliar airlines which didn’t have routes to Japan, so I was not bored at all. 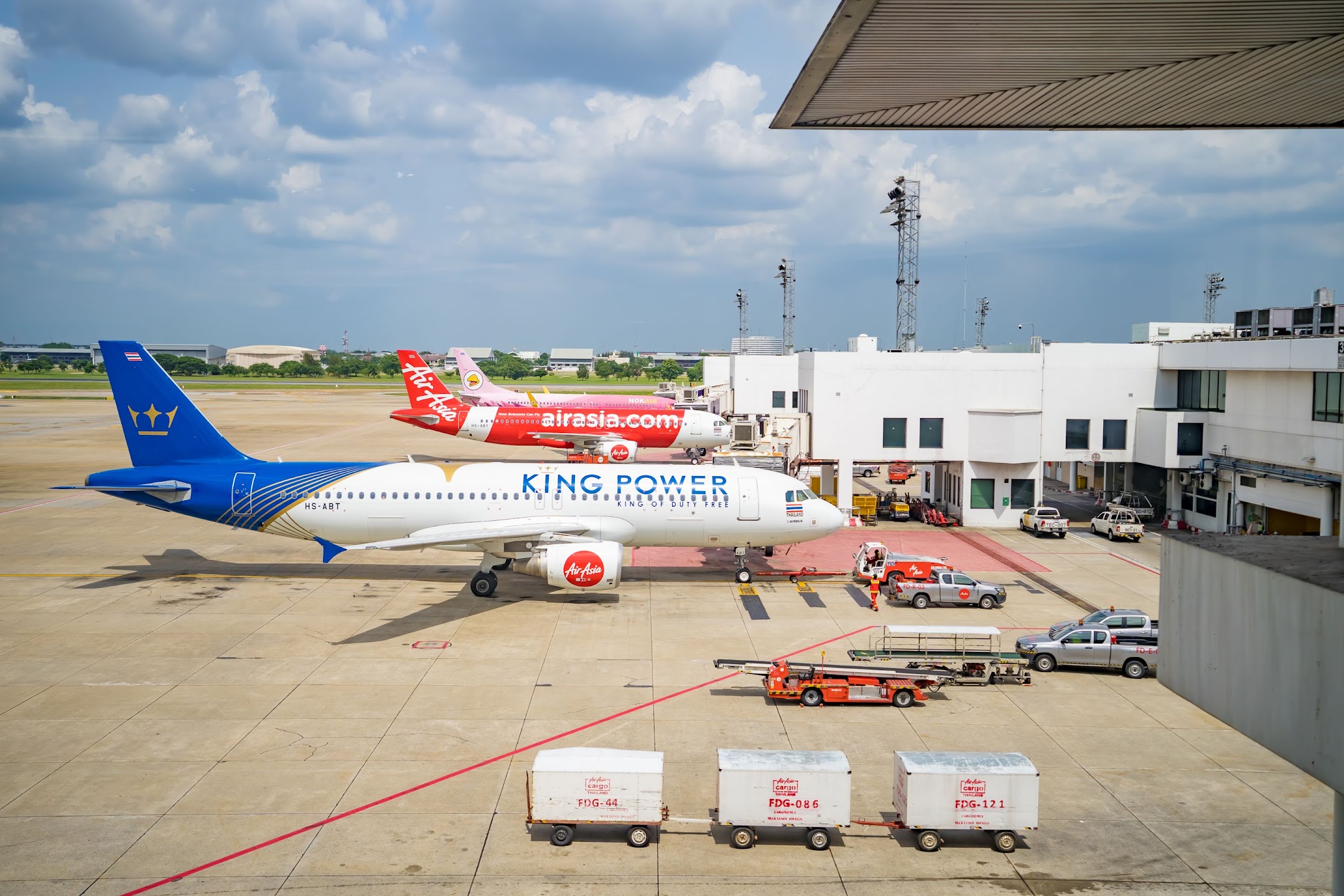 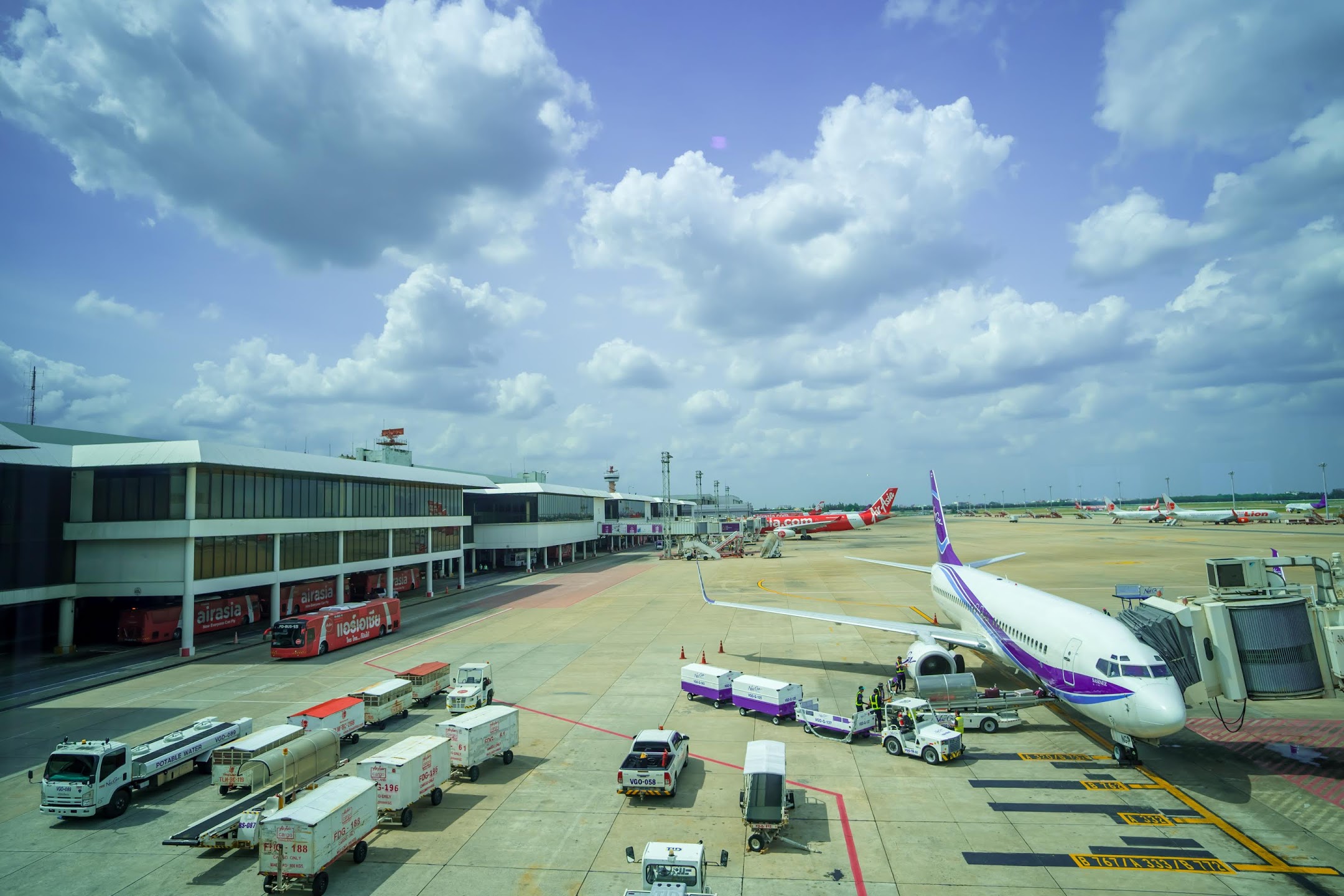 Visitors were able to see the runway relatively closely. 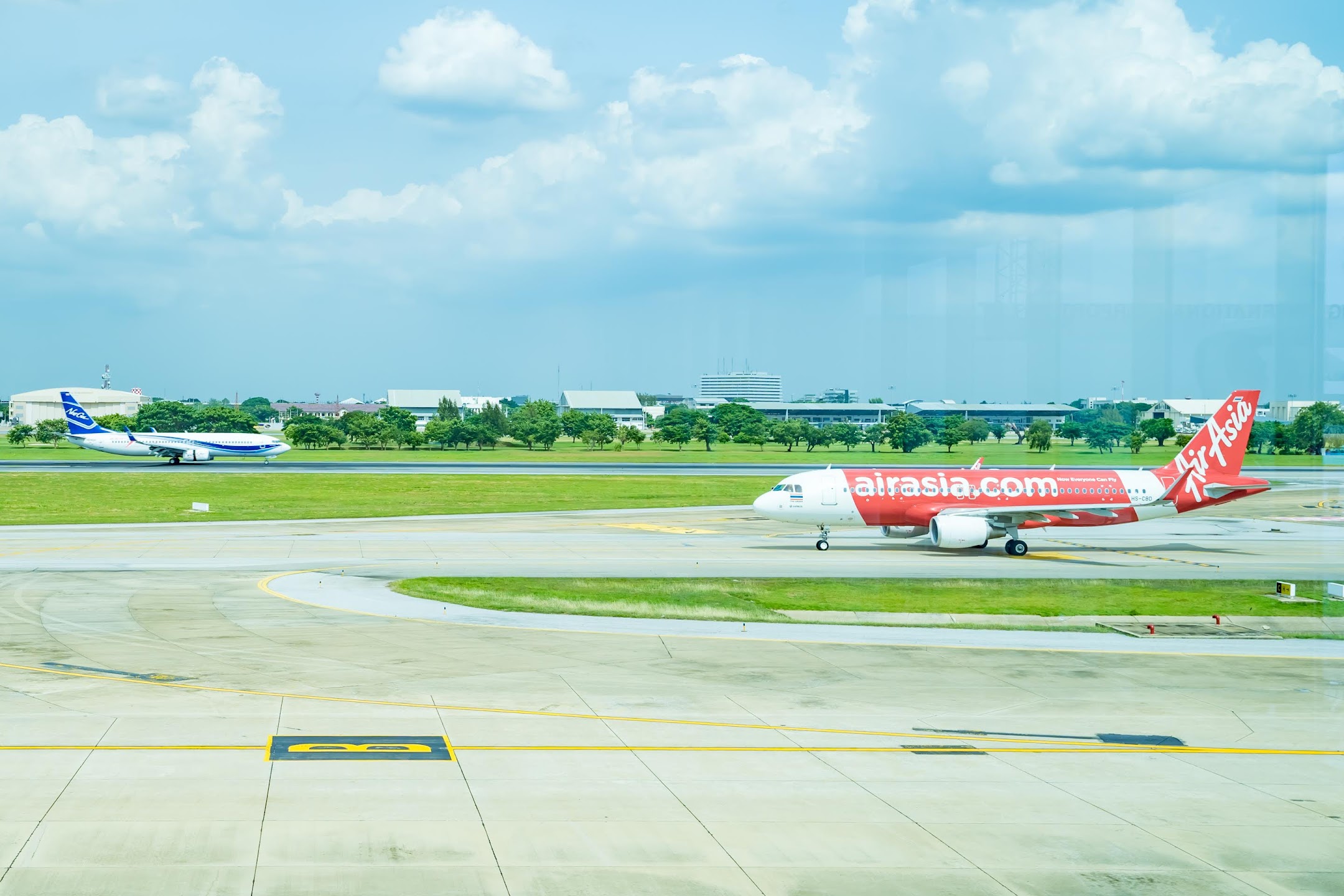 Overall, I saw aircrafts of AirAsia the most. 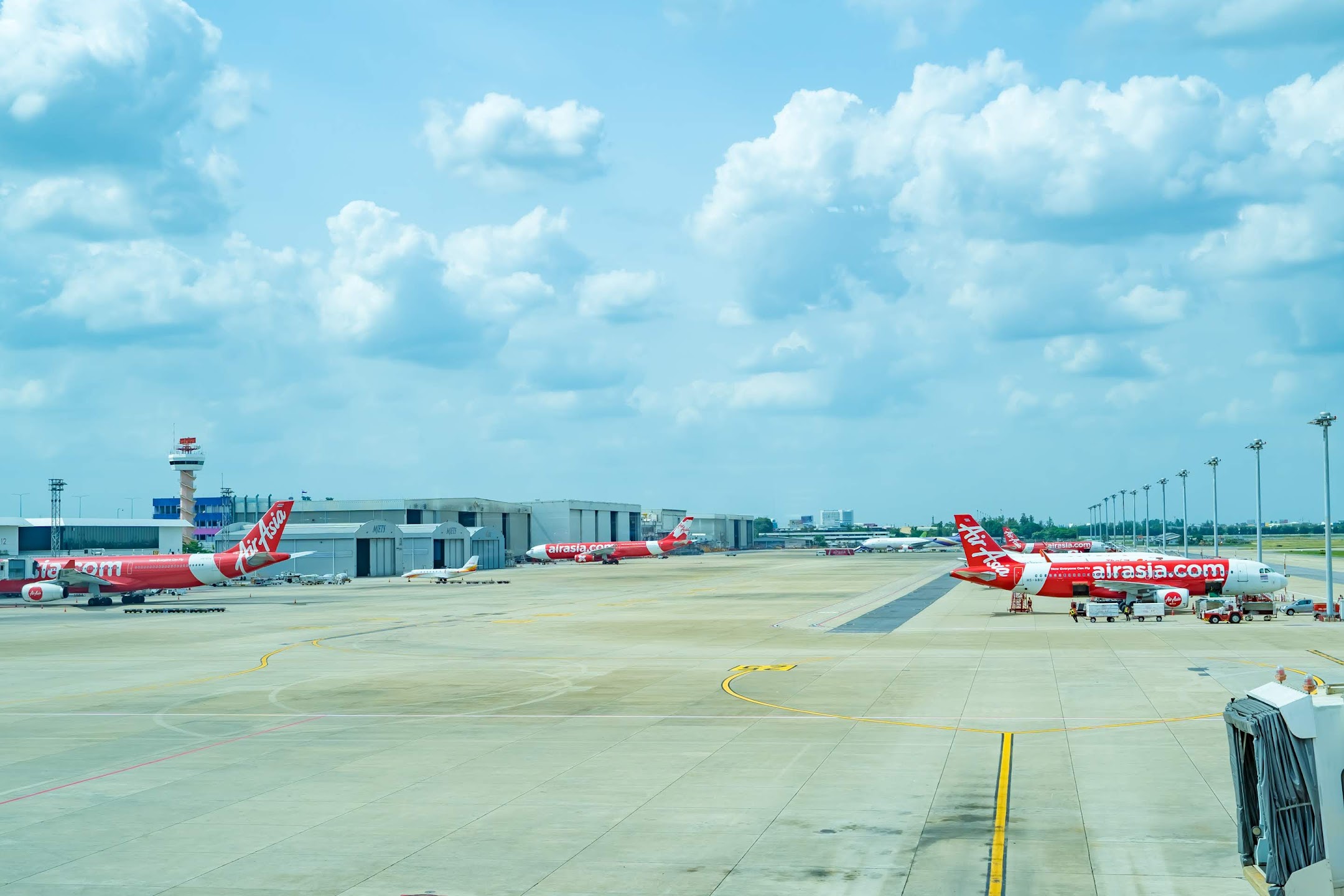 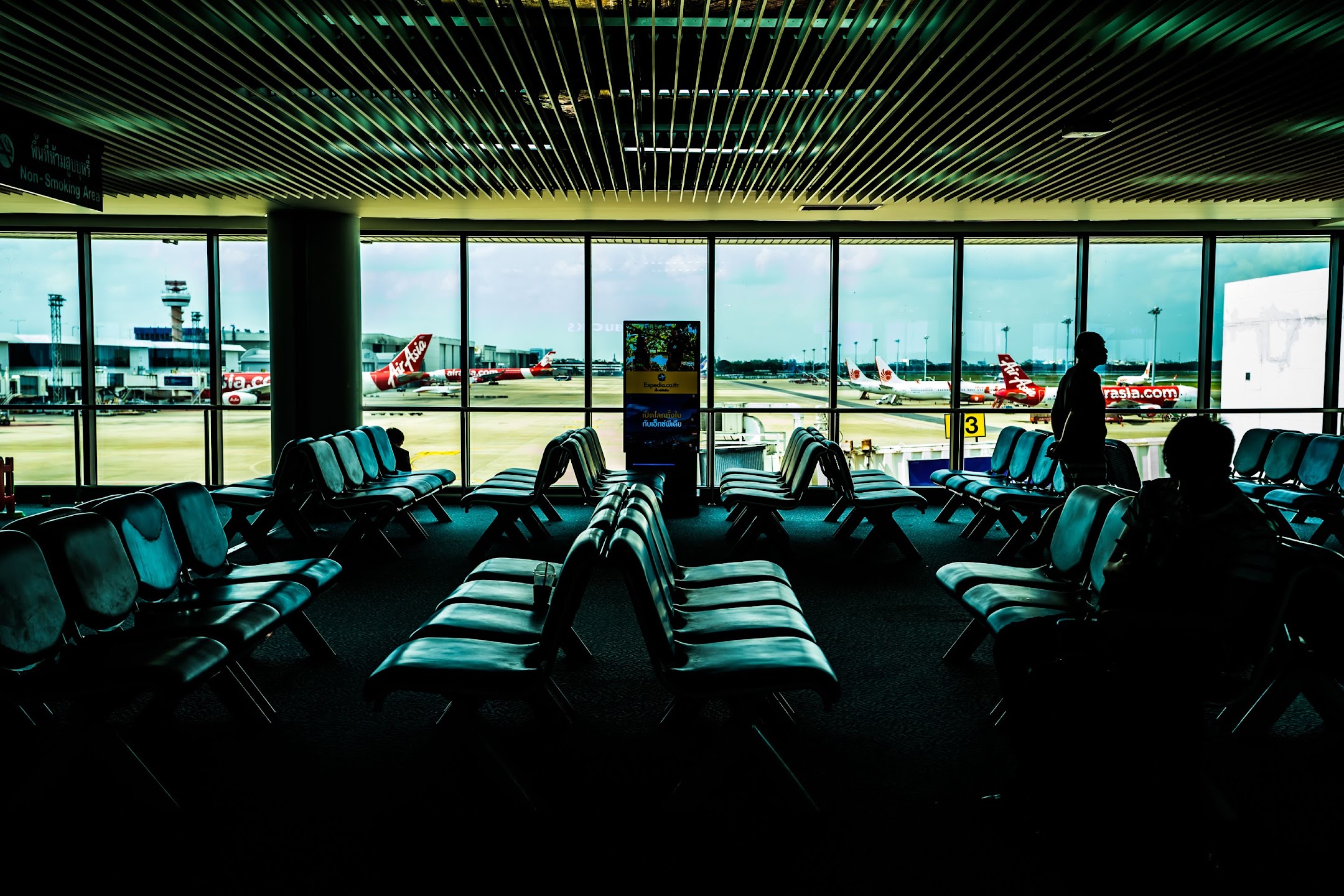 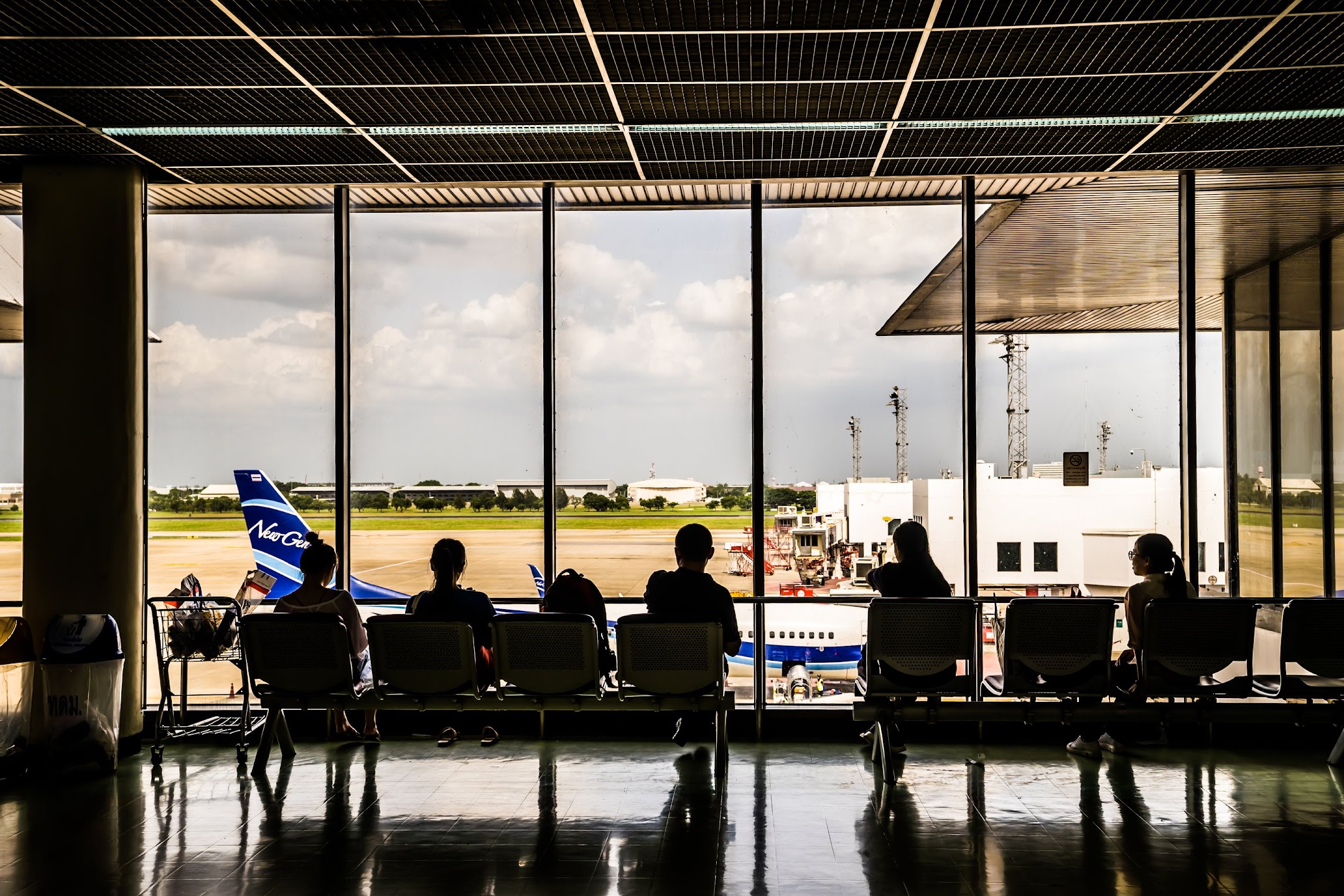 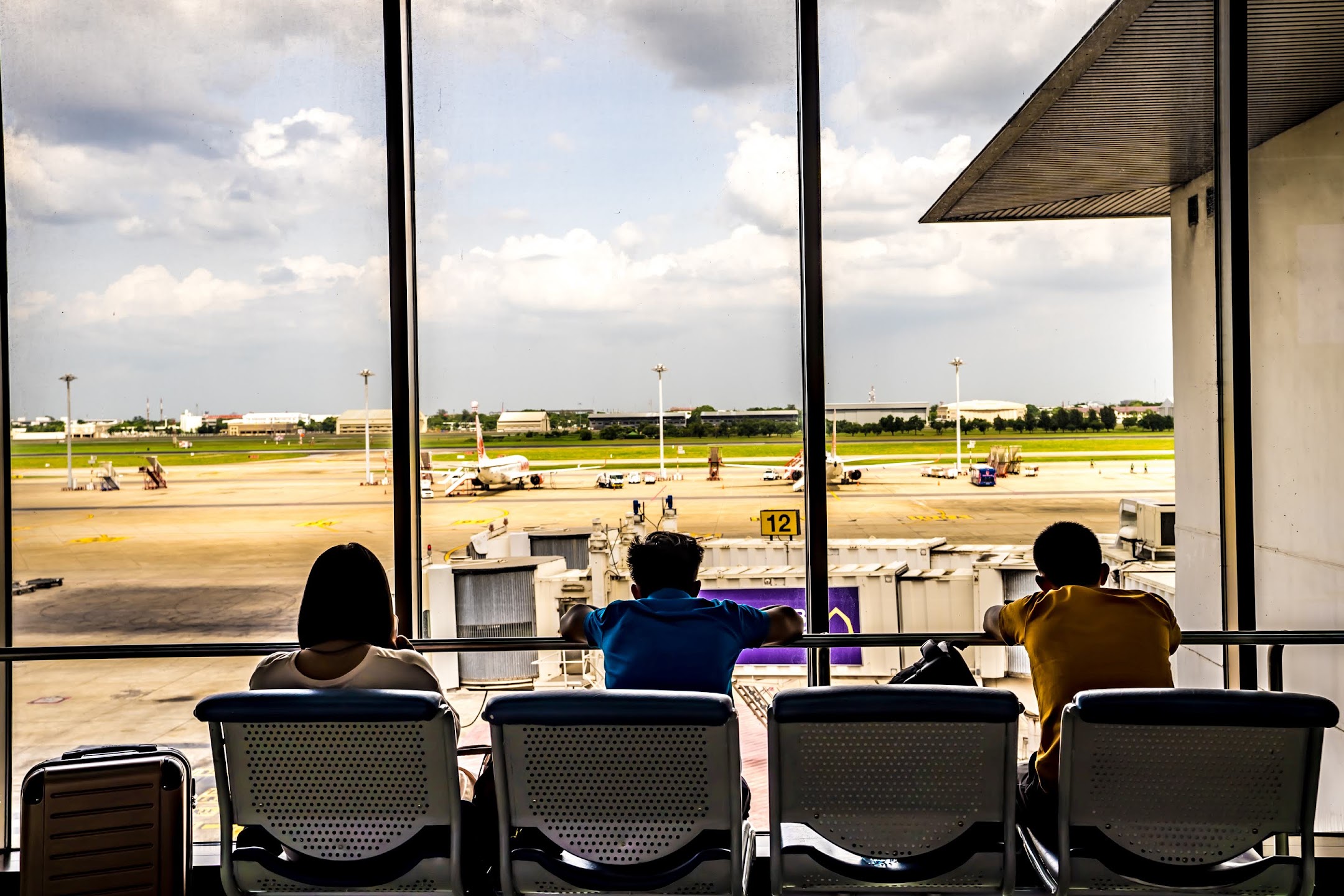 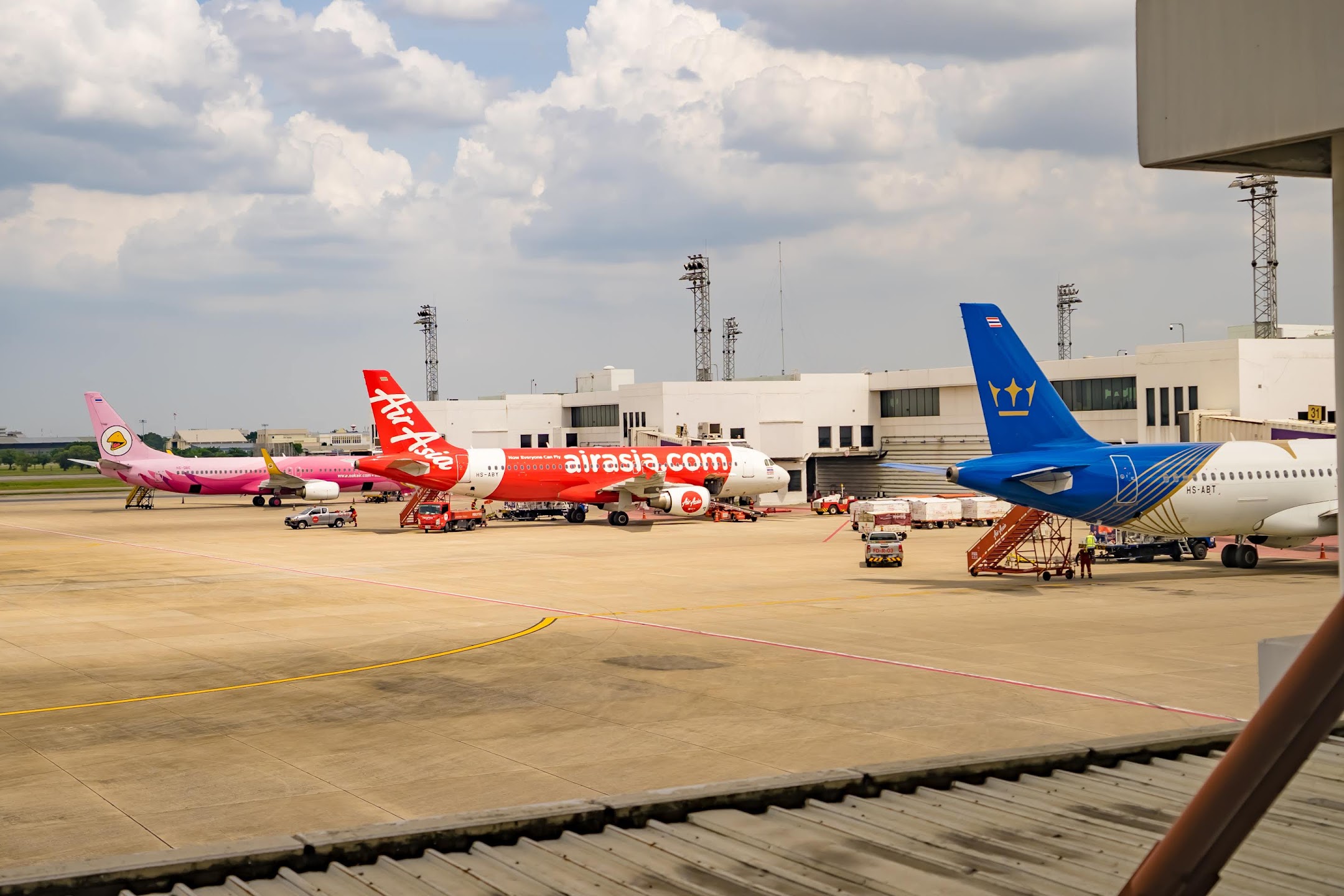 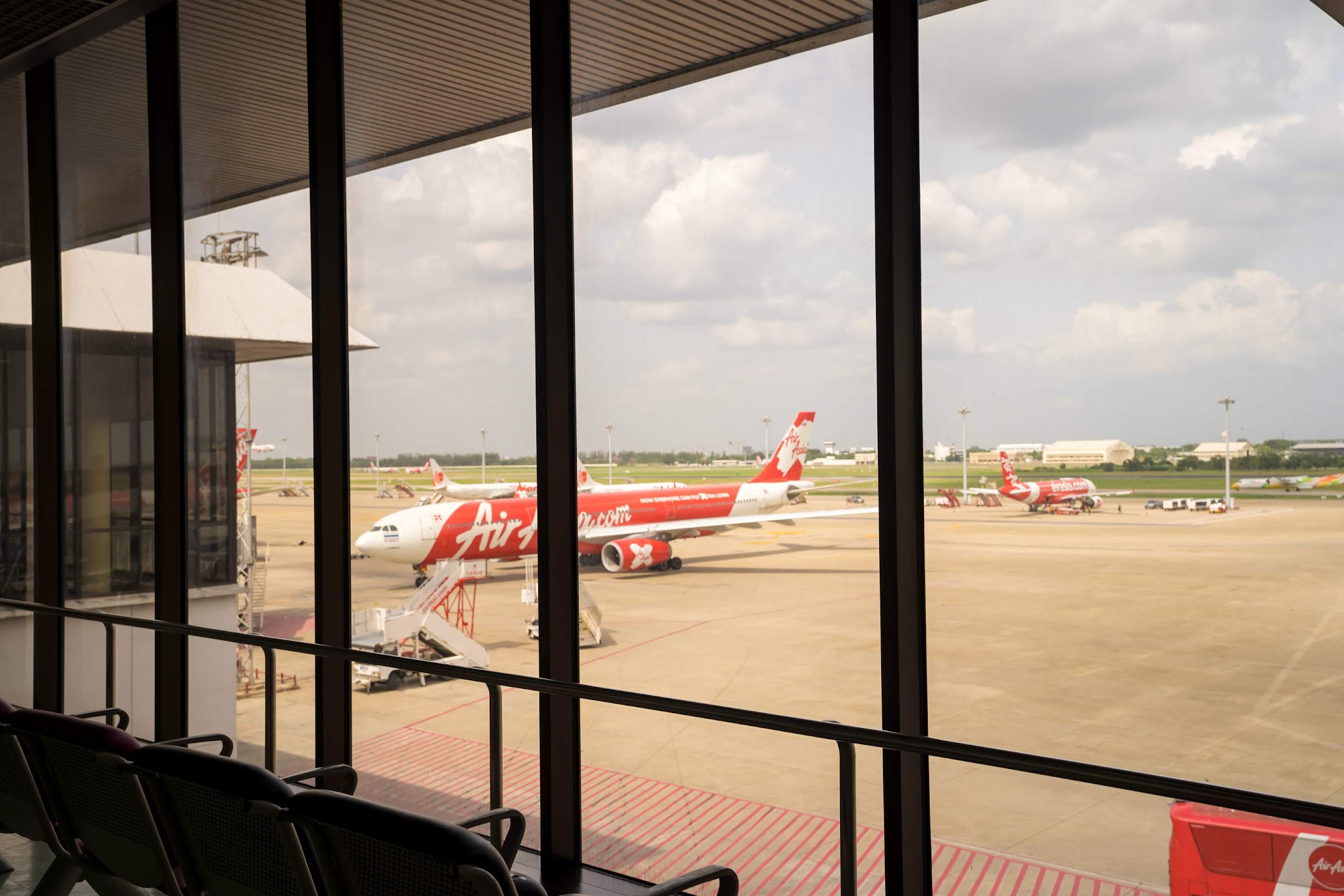 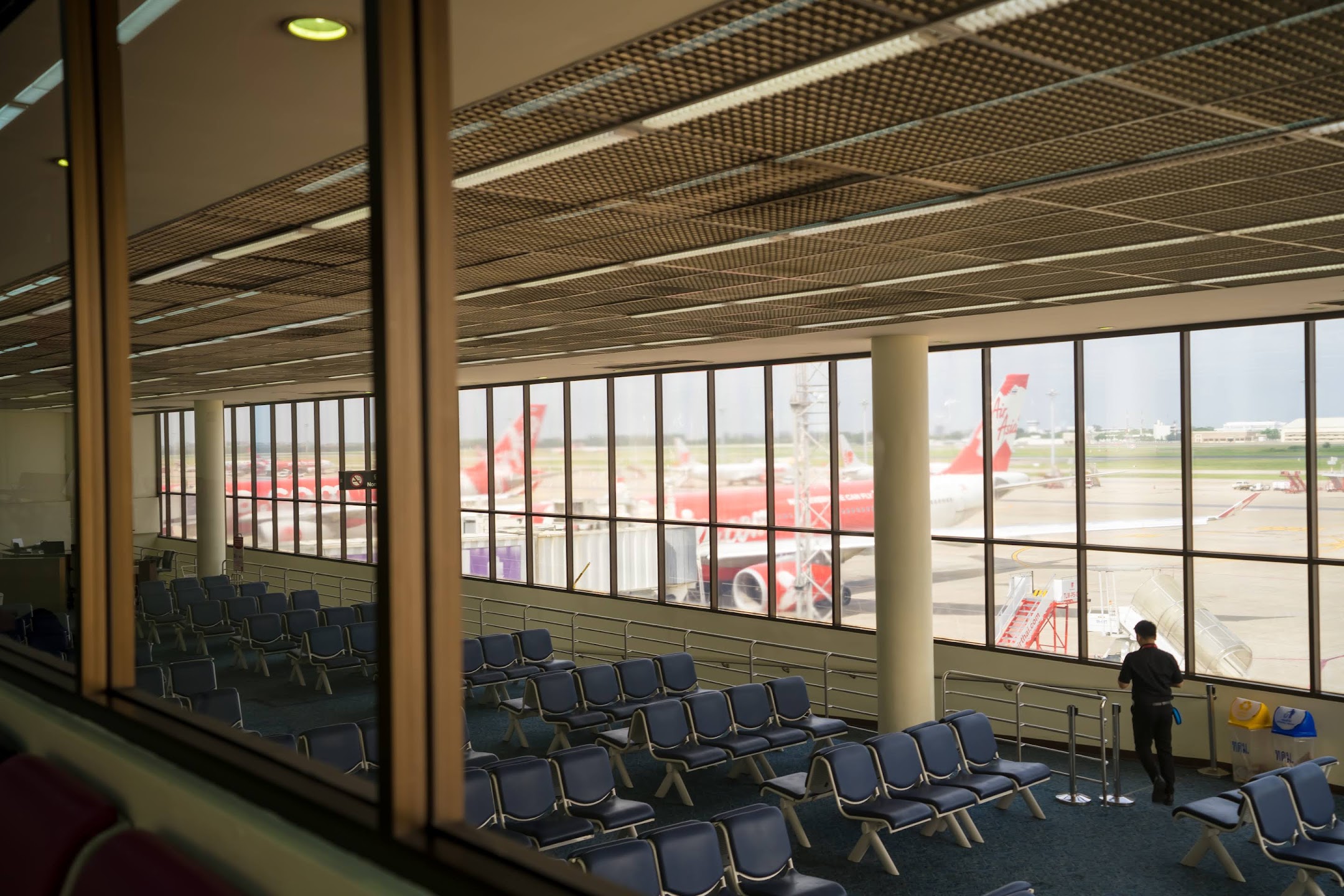 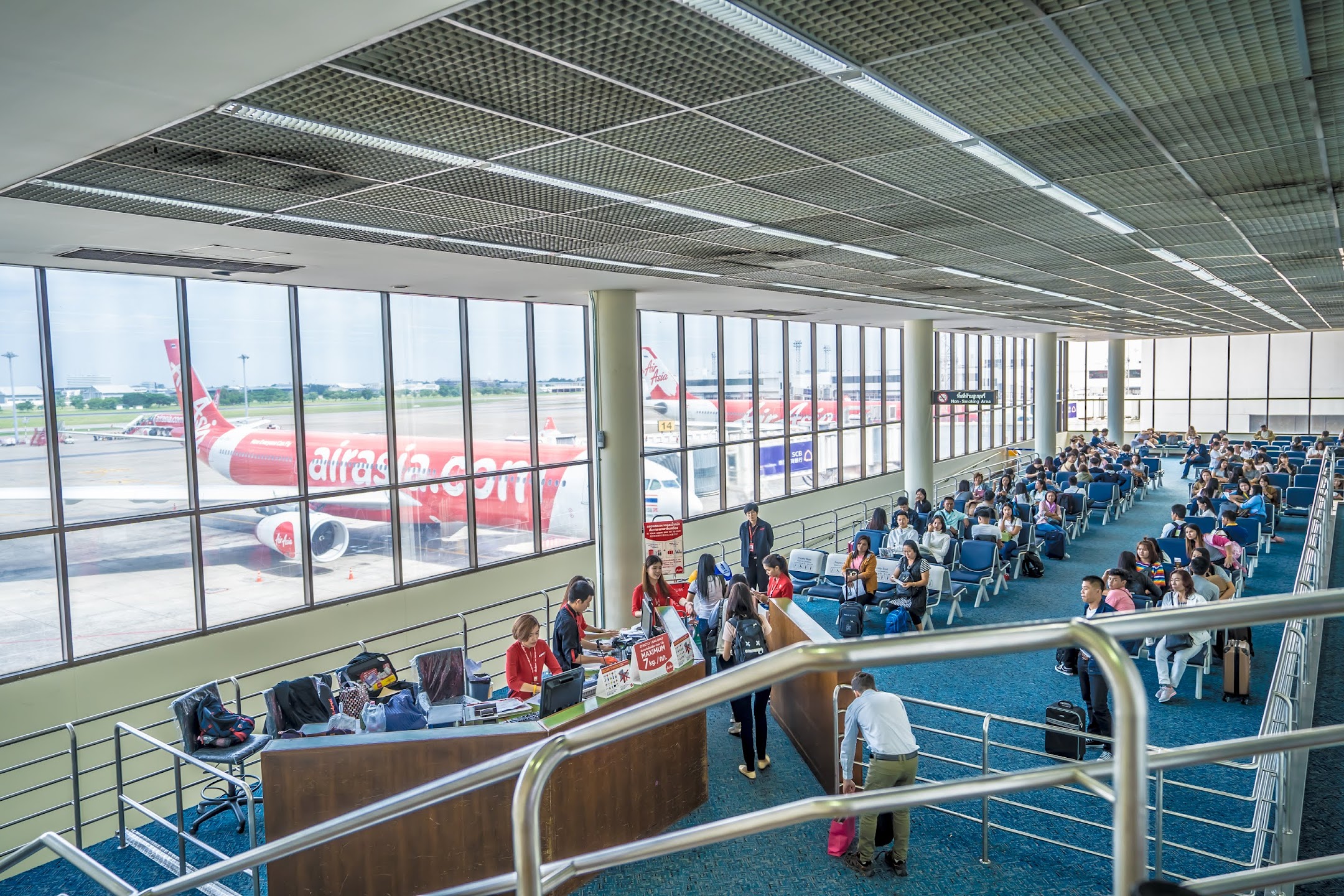 I stopped by Starbucks for a rest. 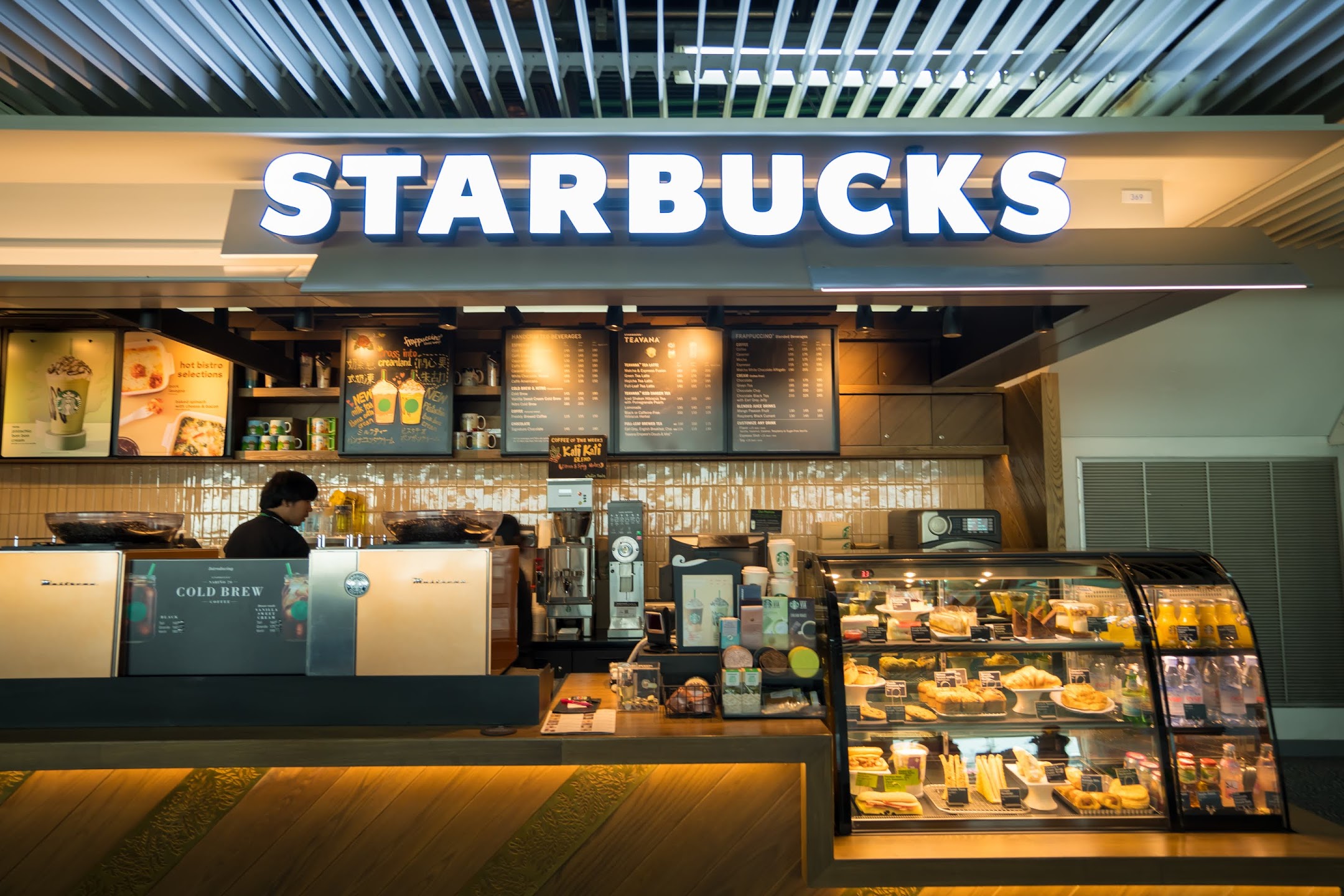 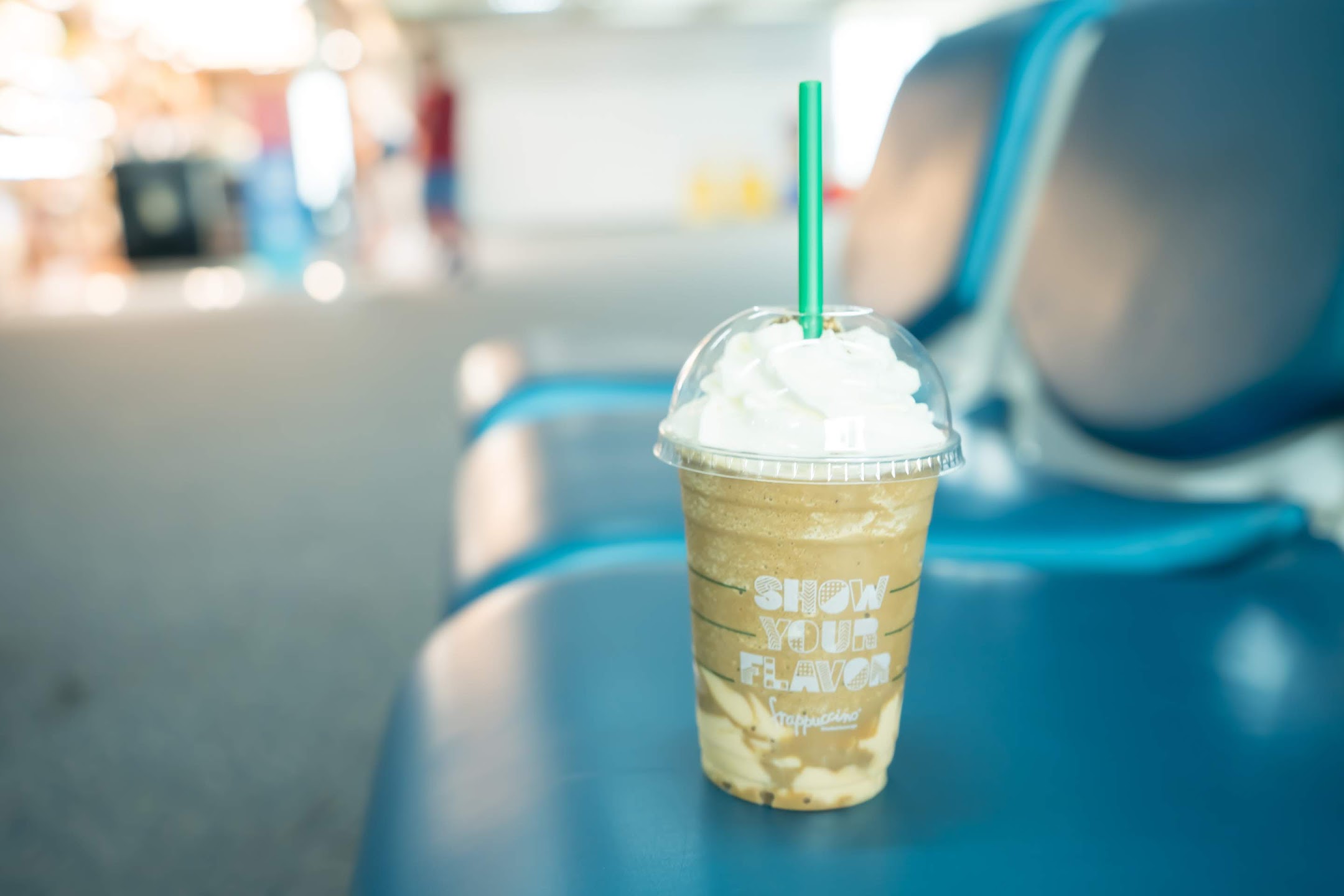 This was the aircraft of Scoot (TR869), which I used for the trip. 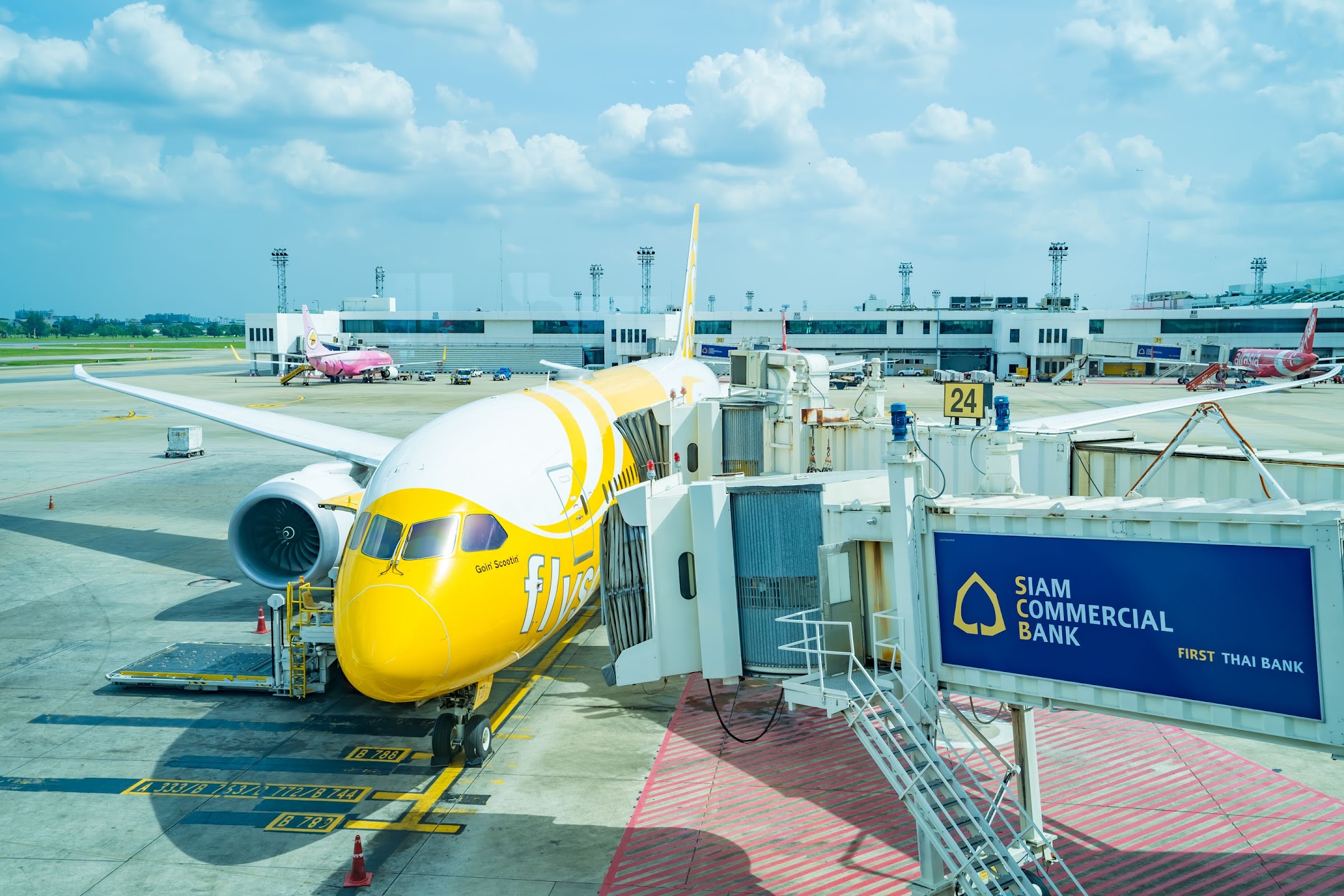 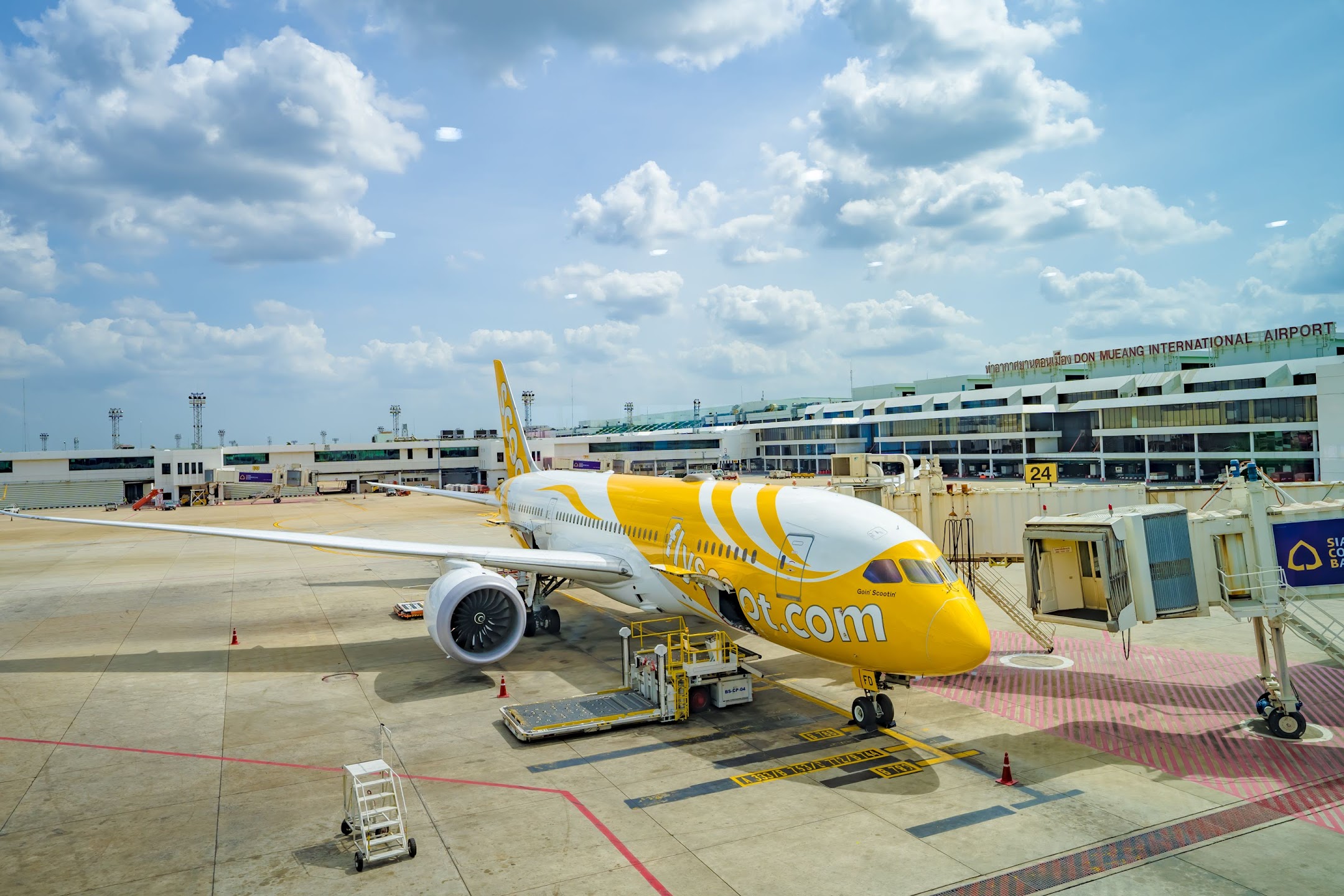 The following two photos were taken just after the airplane landed at the airport. 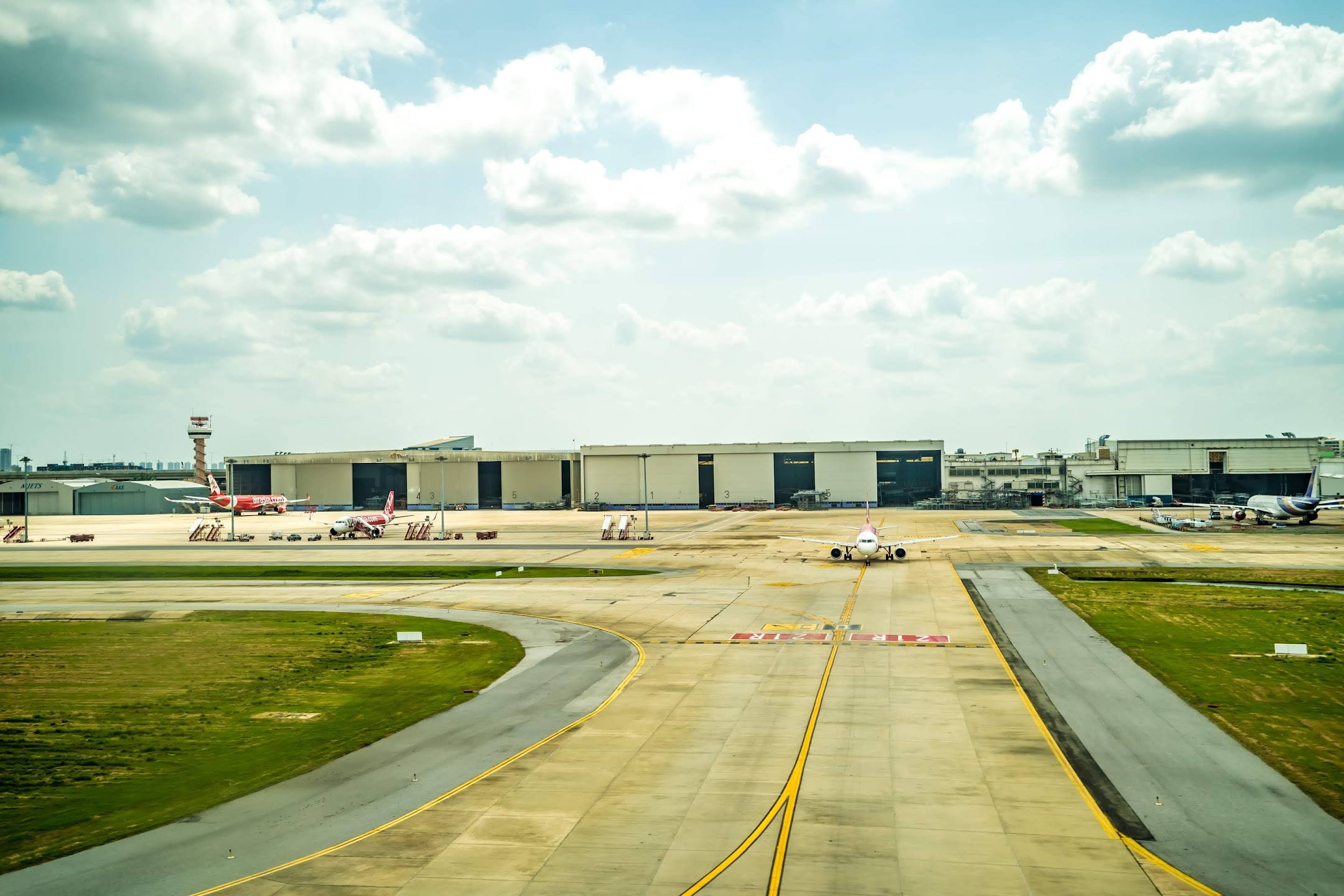 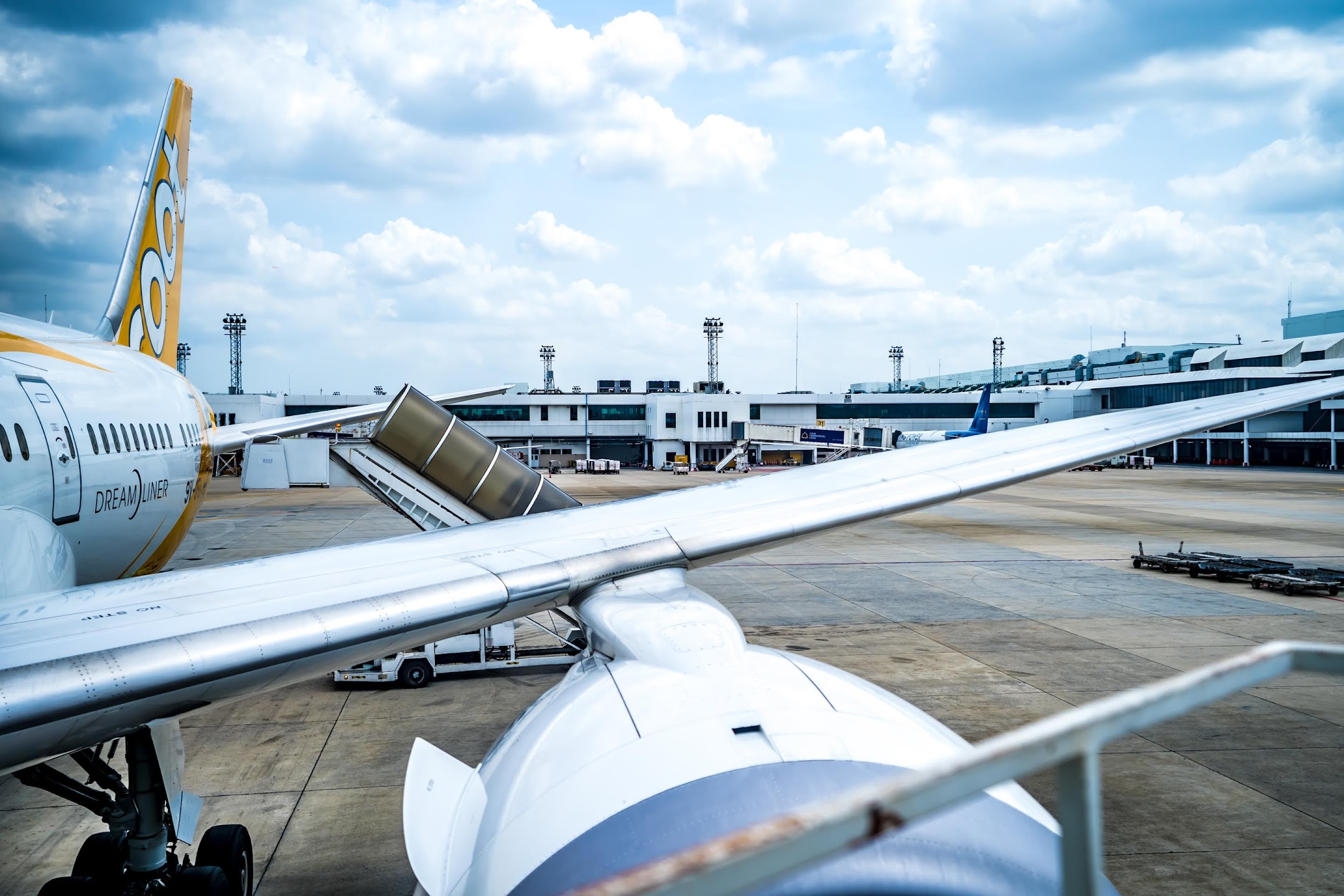 These two photos below were taken just before the aircraft took off. 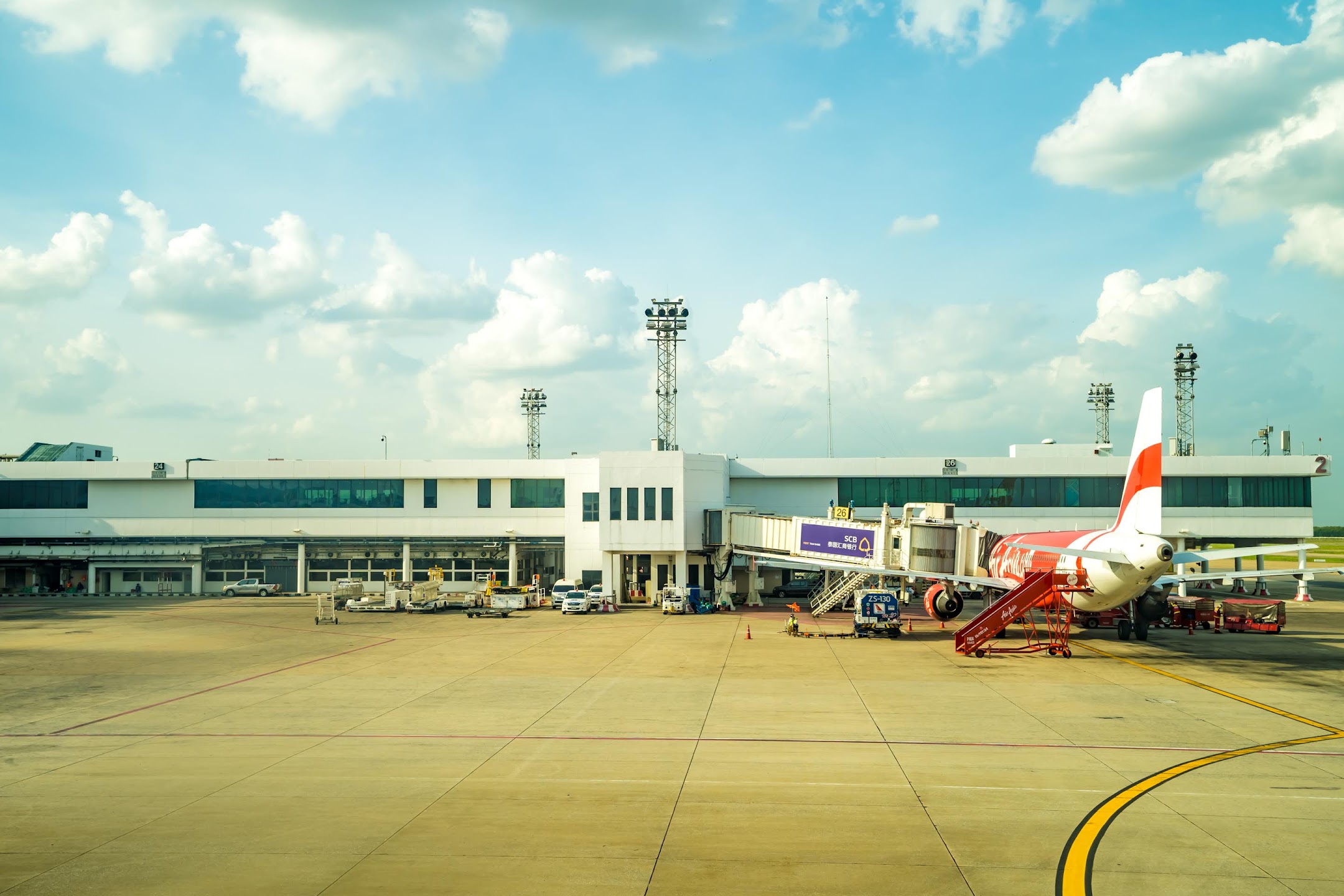 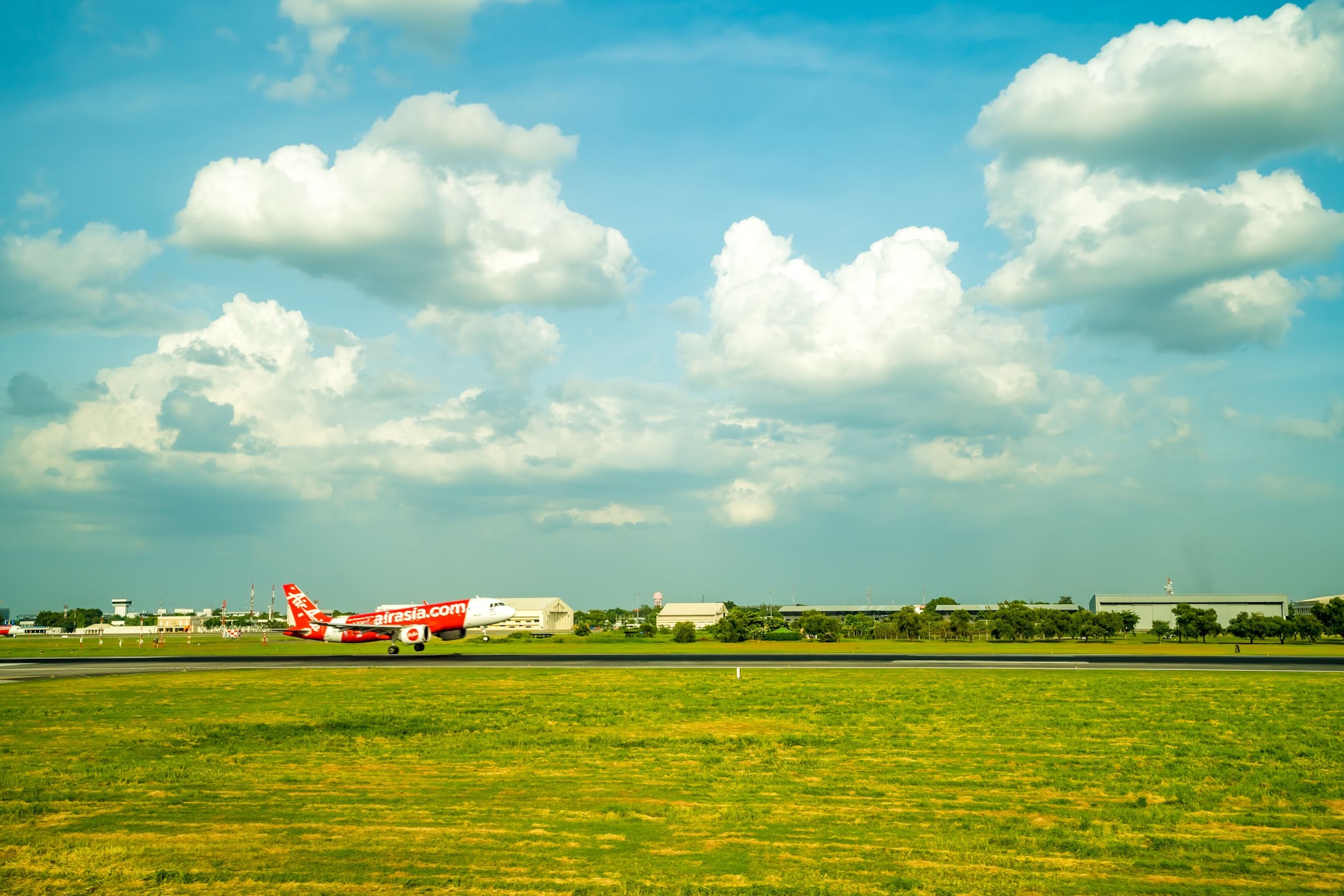 That’s it for the article about Don Mueang Airport (Bangkok) as part of Day 1.

In the next article, I will write about Raffles Marina as part of Day 2.

Singapore Zoo: an open zoo where you can enjoy watching animals more closely and naturally

River Safari: I revisited it to see two giant pandas, but …

Sentosa Island part 1: S.E.A. Aquarium, one of the largest aquariums in the world

Singapore Series Finale: Back to Japan with Singapore Airlines from Changi Airport