I took a day trip to Chino City, Nagano Prefecture. My main purpose was to visit Mishaka Pond and I also stopped by Meiji Onsen Ryokan. In addition, I dropped in a restaurant and ate Japanese noodles (Soba).

(Following my previous post) I left Mishaka Pond for the the being and moved to Meiji Onsen Ryokan.

Meiji Onsen Ryokan is a hot spring inn that was built about 120 years ago. The hot spring inn is surrounded by abundant nature with retro-inspired atmosphere. 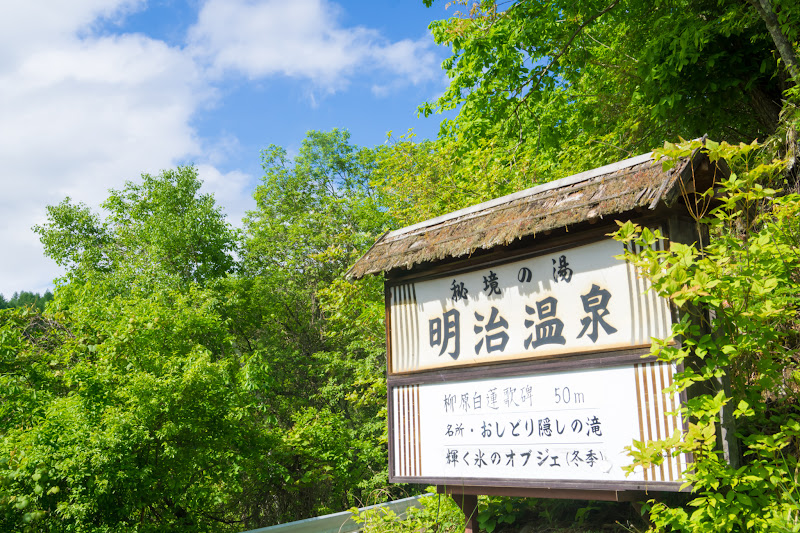 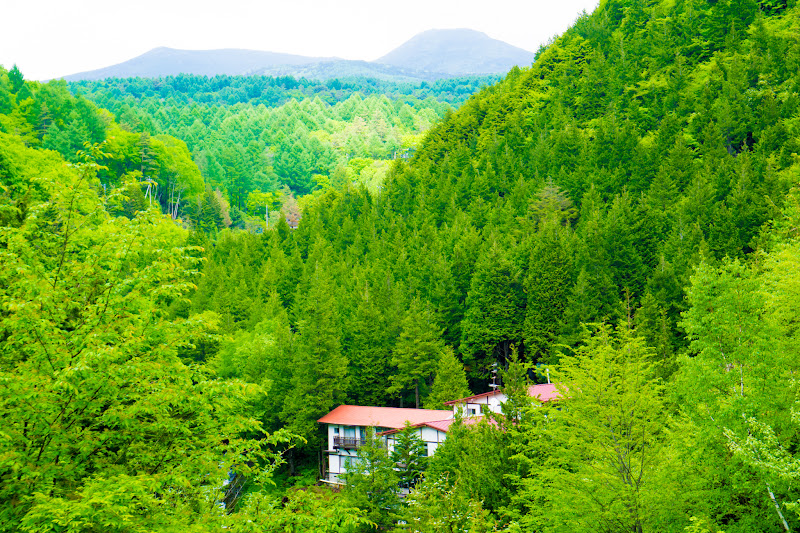 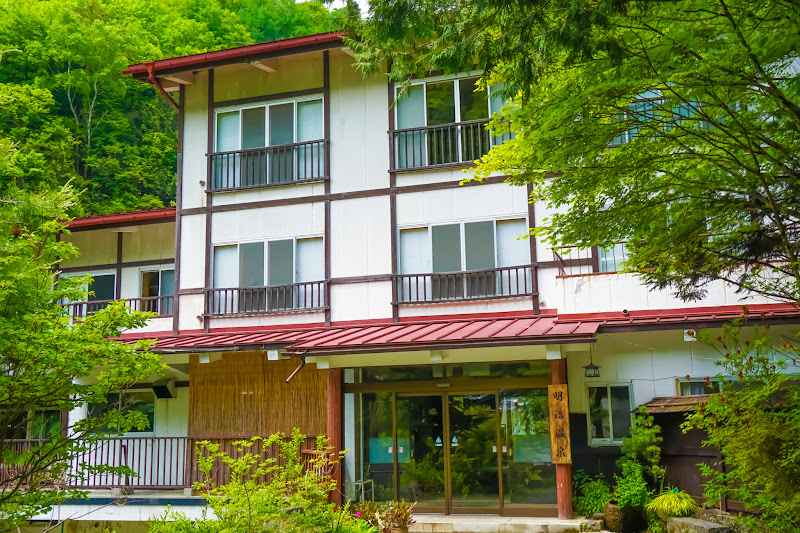 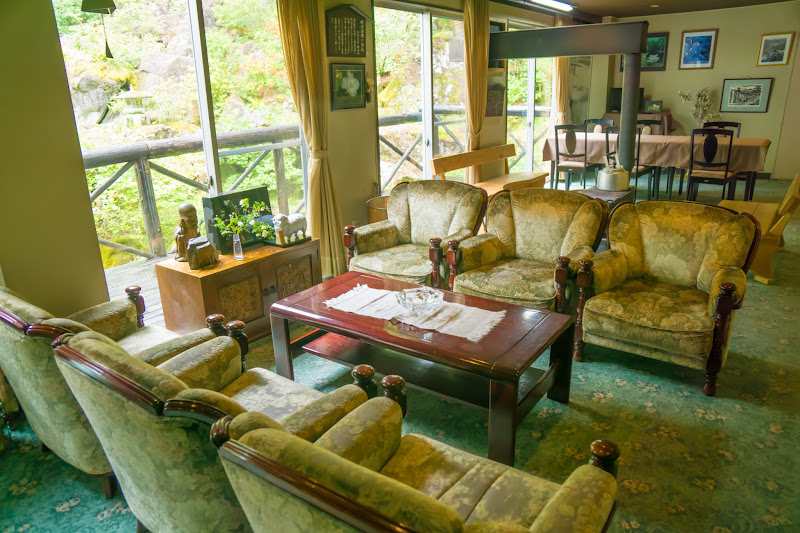 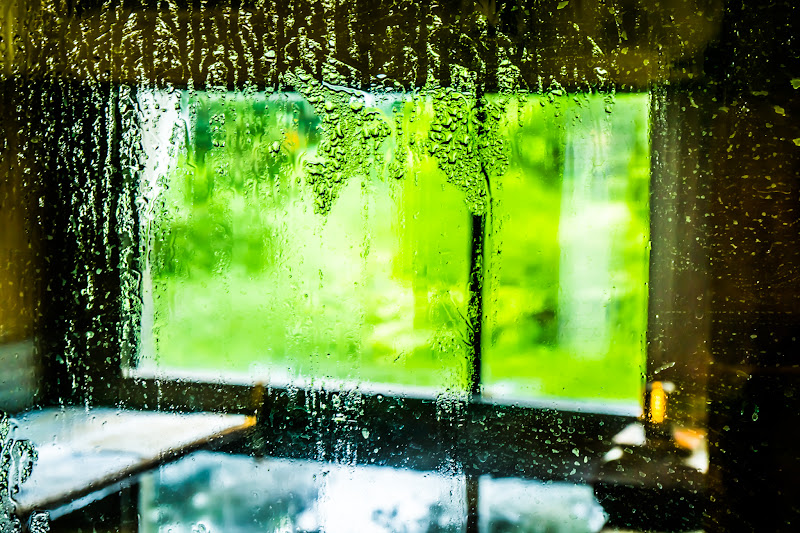 There is also a waterfall, named “Oshidori-gakushi-no-taki”, near the hot spring inn. 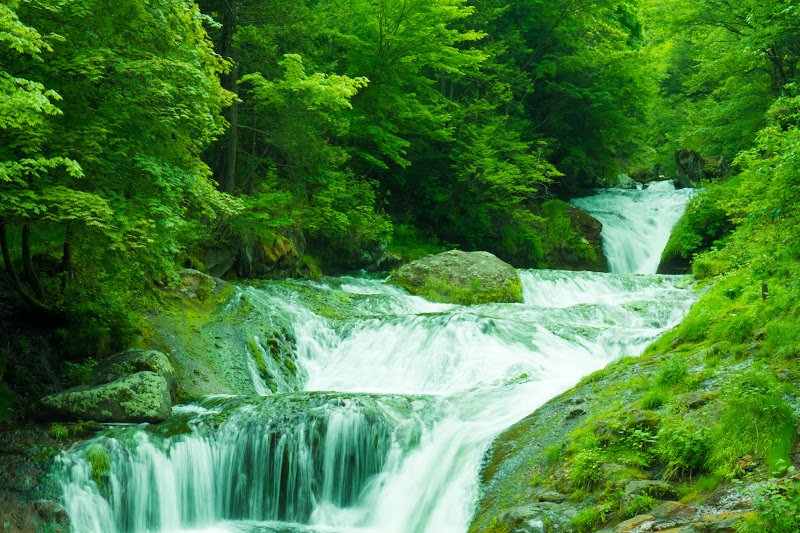 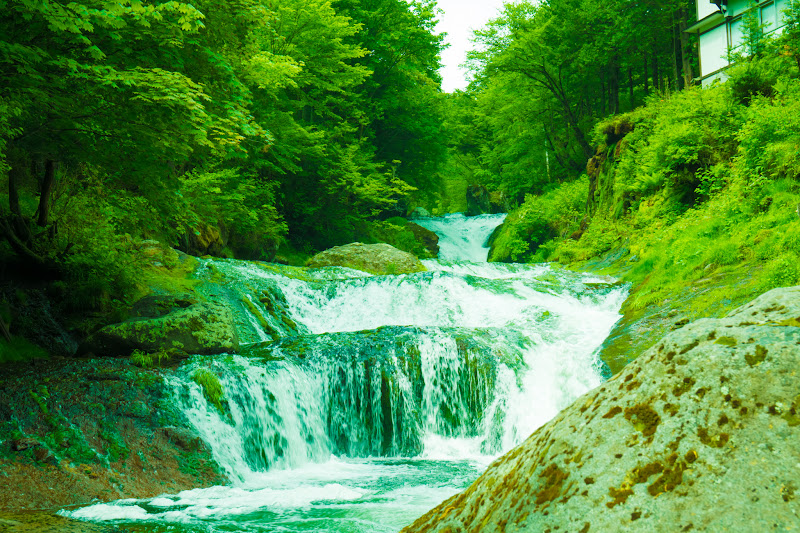 I went back to Mishaka Pond. When I arrived at it in the morning, it was cloudy. But now it has become sunny. So, I took photos with panoramic views this time. 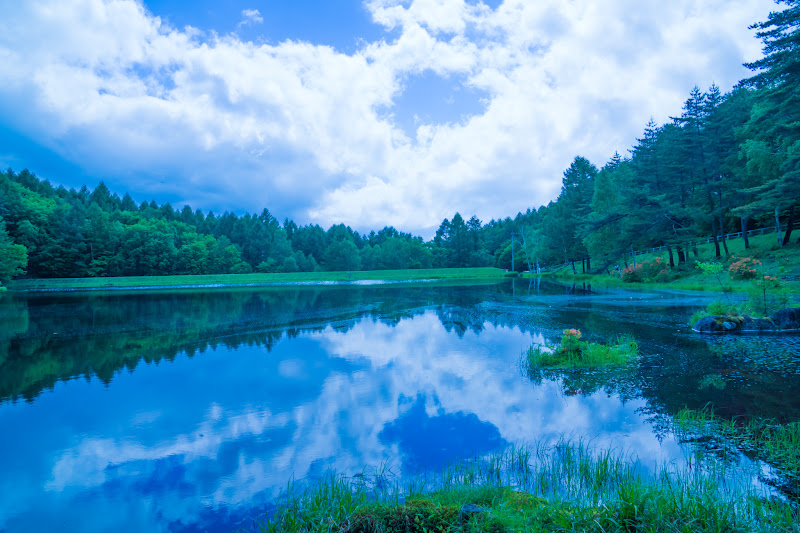 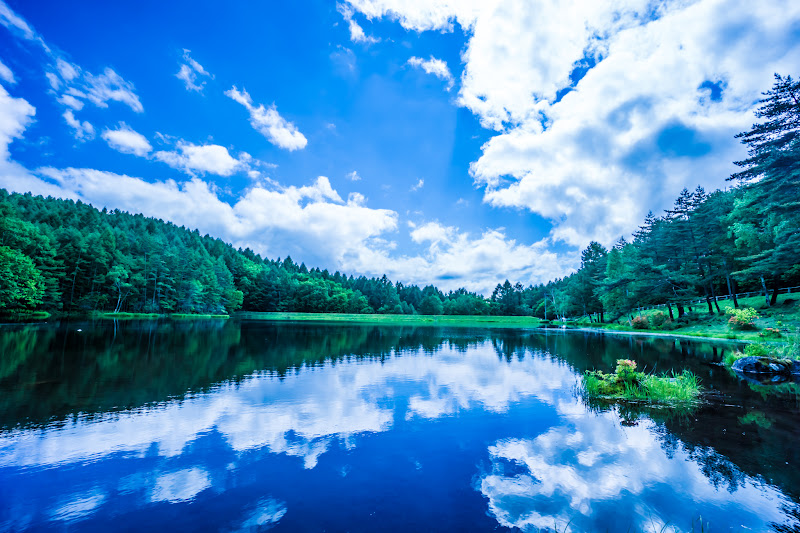 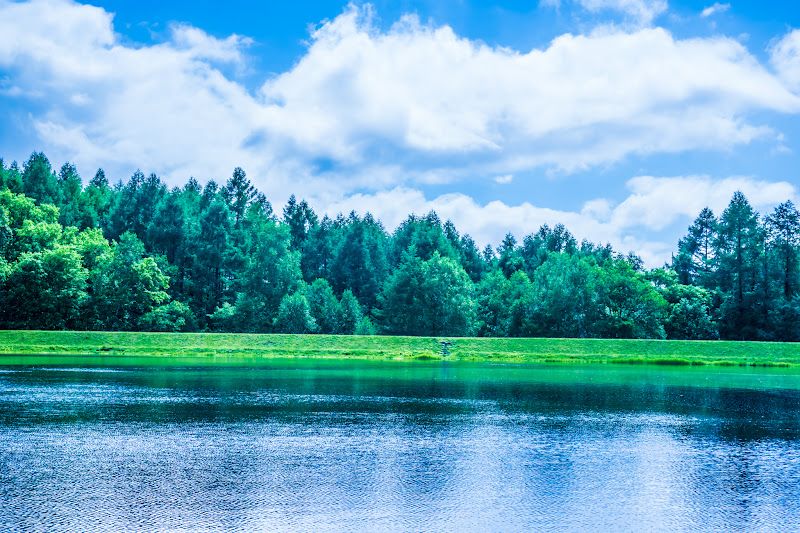 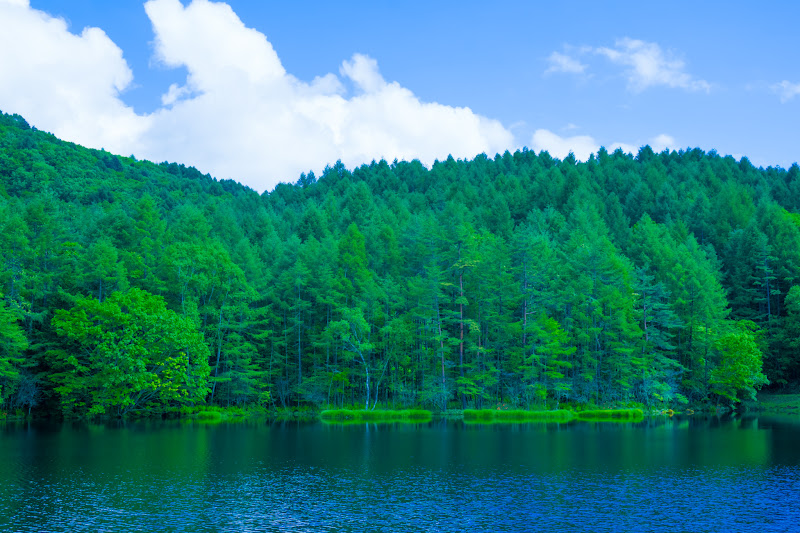 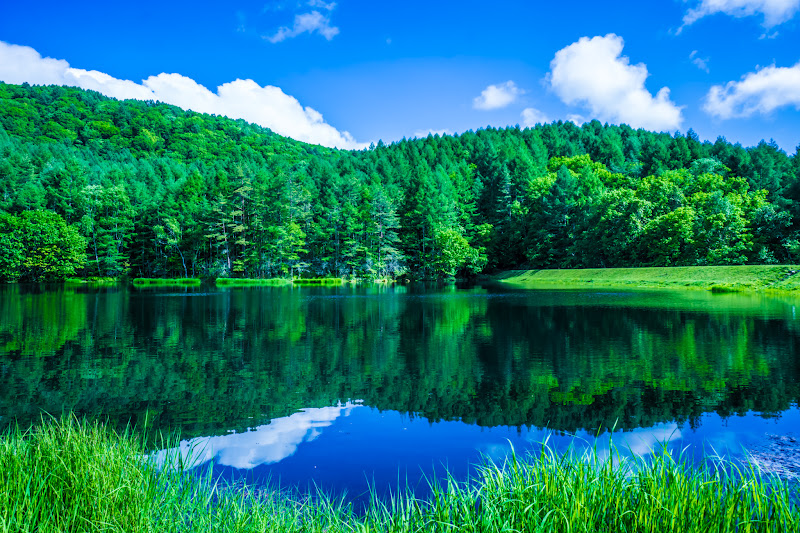 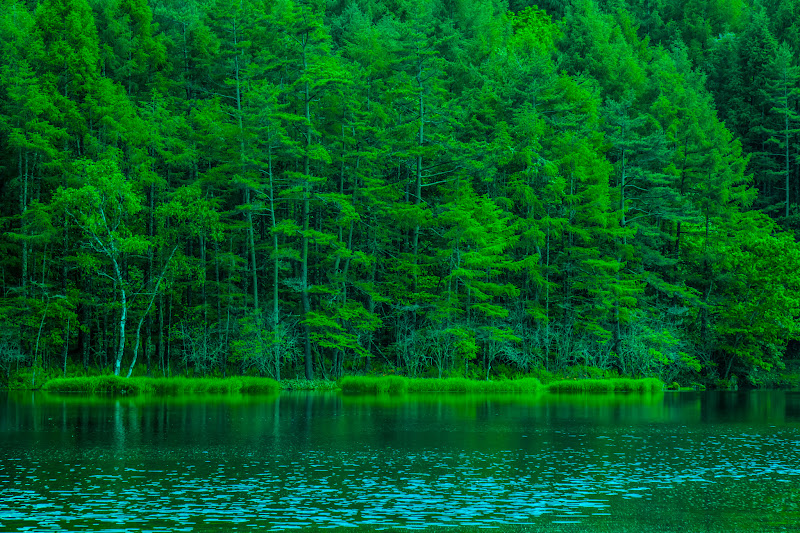 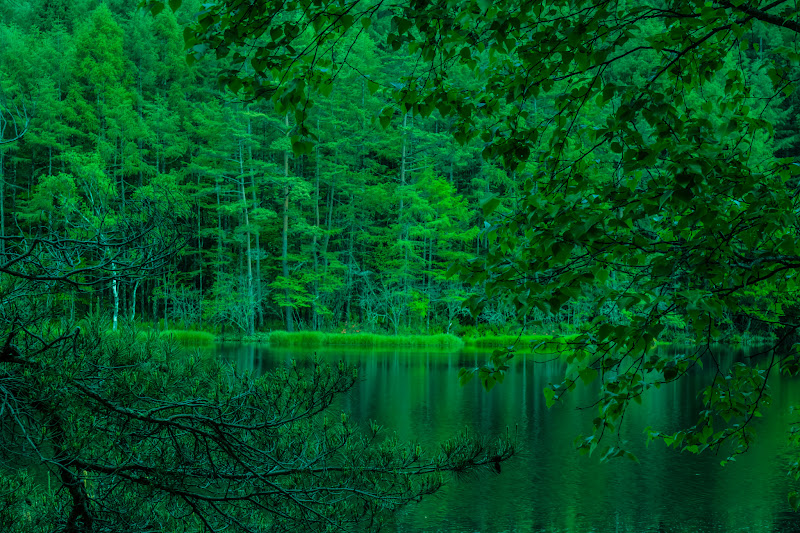 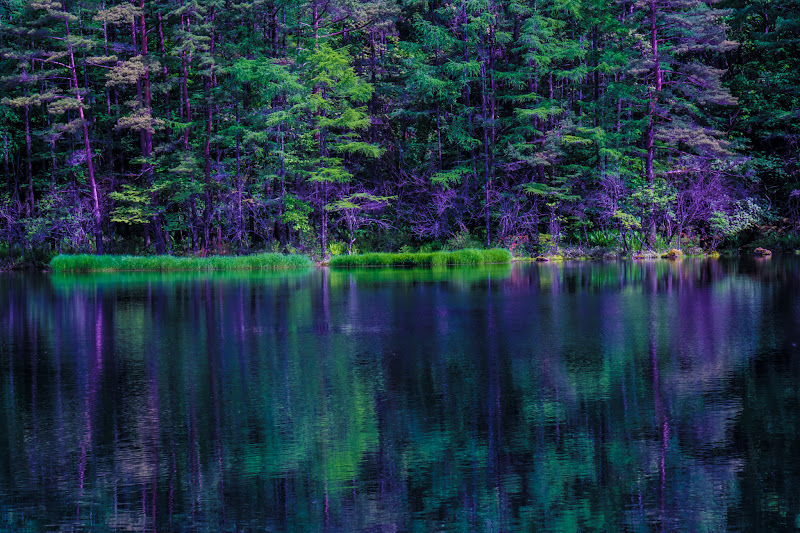 Now is the time when I had a bus to catch. I left Misyaka Pond and moved to the nearest station.

Before I returned to Tokyo, I dropped in a restaurant and ate Japanese noodle (Soba). 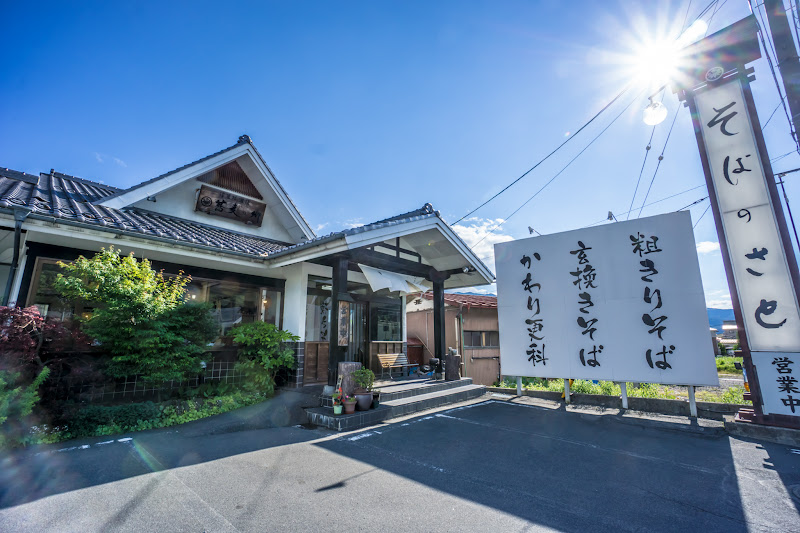 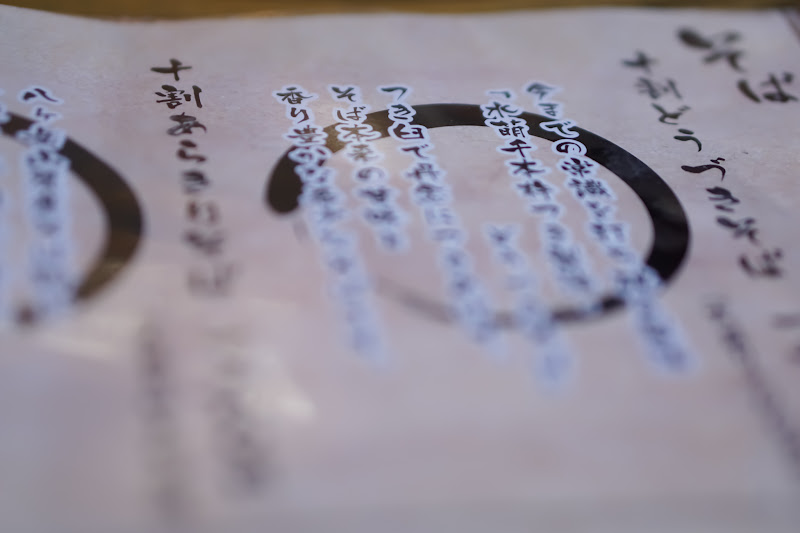 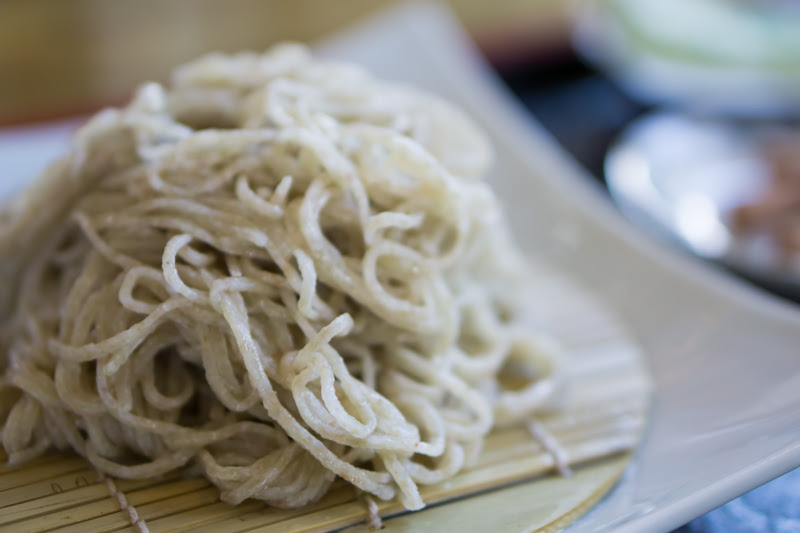 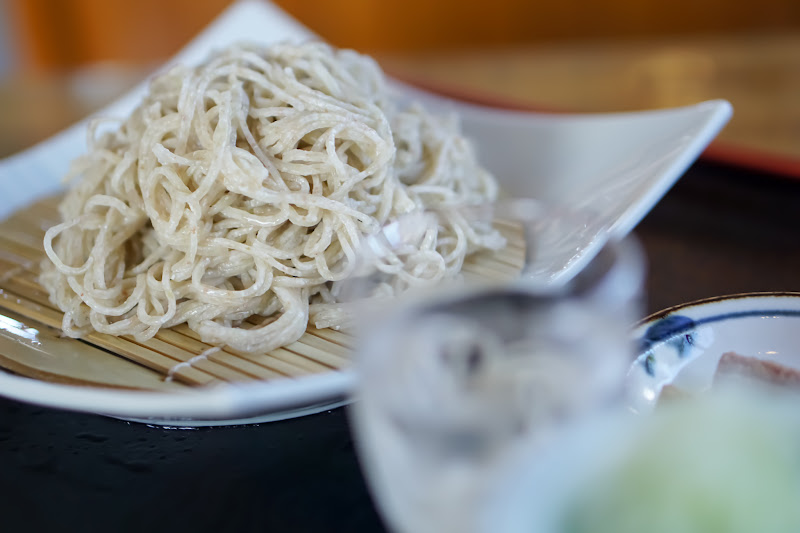 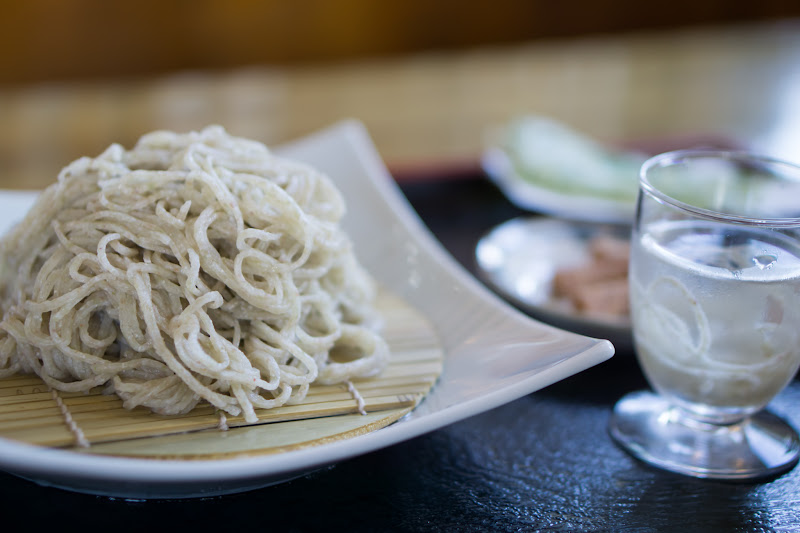 Then, I moved to the Chino station and saw an impressive building. I decided to make an unscheduled stop there. It the next article, I will write about it.

Chino Cultural Complex: what an artistic building it is!

Matsumoto Castle: a National Treasure known as the “crow castle”

Kaichi School Museum: one of the first schools in Japan