I went on a business trip to the U.S. and took this opportunity to made a short-trip to New York. Although the trip was just one-and-a-half-day, I enjoyed New York very much. In this article, I will write about The High Line as part of Day 2.

Following the previous post, I moved from World Trade Center to Chelsea Market (- I will write about it in the next article) and then to the High Line.

What is the High Line?

The High Line is a park which runs north and south in the West Manhattan area. Originally, it was used as an elevated railroad from 1930s to 1980s. Then, the High Line was constructed as a park and fully open in 2014. I walked through the High Line from south to north.

Strolling around the High Line

The starting point was around 12the street, which was in the south of the High Line.

This area was called “Meatpacking District”. There were many famous restaurants and boutiques around there and it has become one of the fashionable areas in Manhattan. In addition, Whitney Museum of American Art was moved to this area in 2015. If I had had enough time, I would have walked around the area, but due to time constraint, I needed to skip it.

Anyway, I will start to strolling through the High Line.

The building in front of me was “The Standard, High Line”. 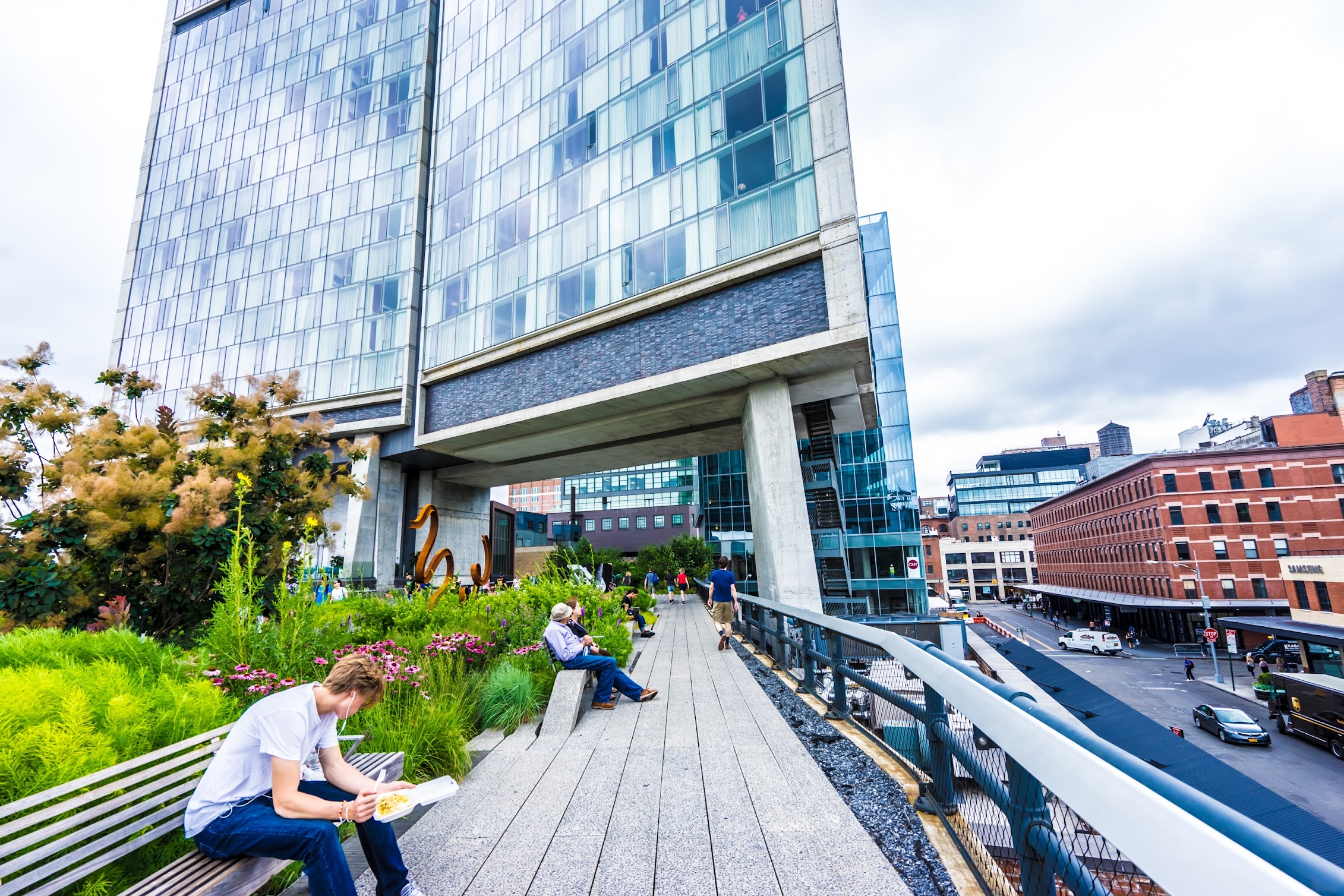 There were an art object and

Since the railroad lay about 9 meters above the ground, I was able to look down to the street.

This was around the 14th street and just at the back of the Chelsea market.

There were eating and drinking facilities.

I found “Blue Bottle Coffee”, which recently oped its shops in Japan.

I will continue to walk through the High Line.

This was an observatory place around 17-18 street.

It lied above the 10th Avenue.

This was a lawn park around 23rd street. 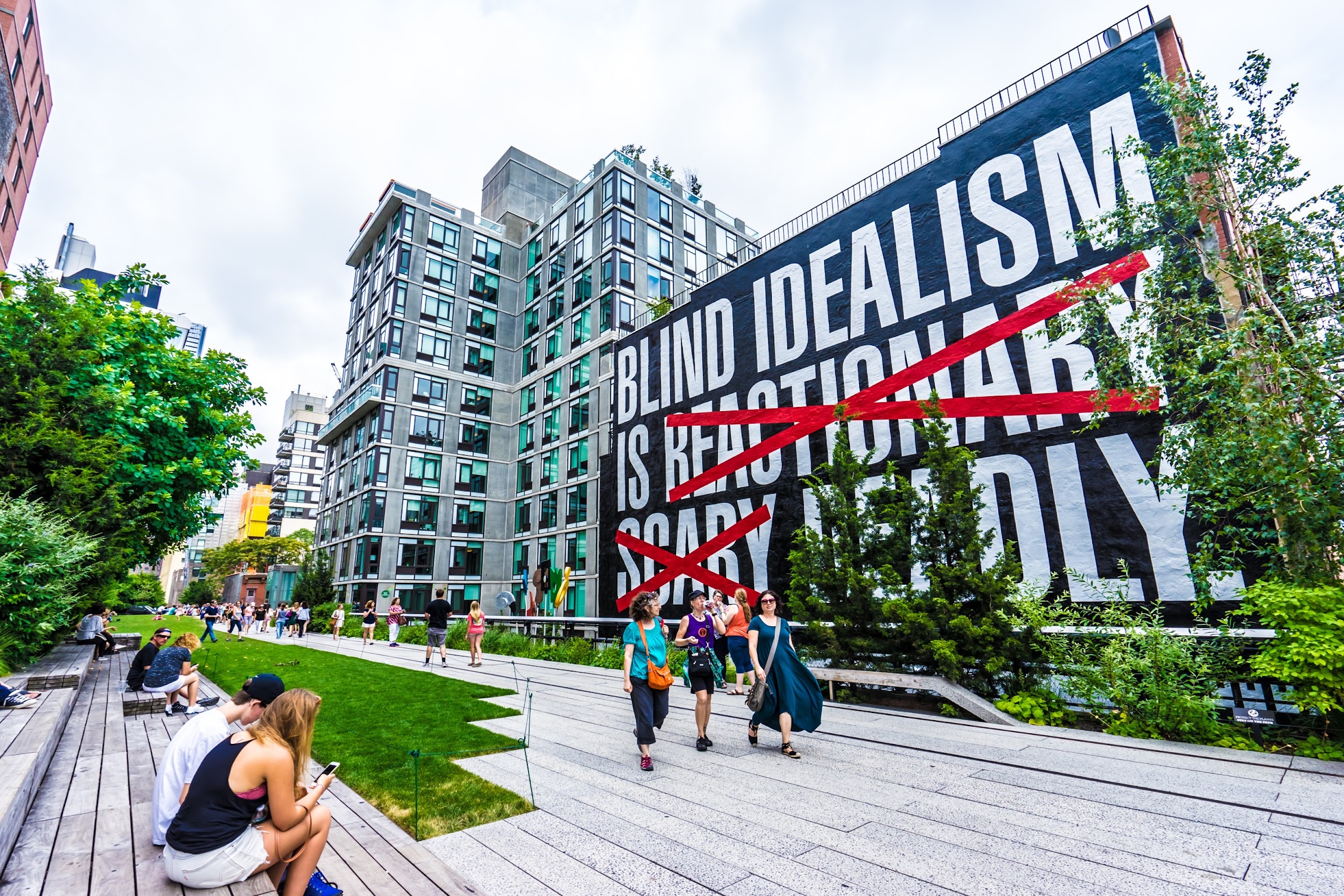 I saw lots of tourists around here. 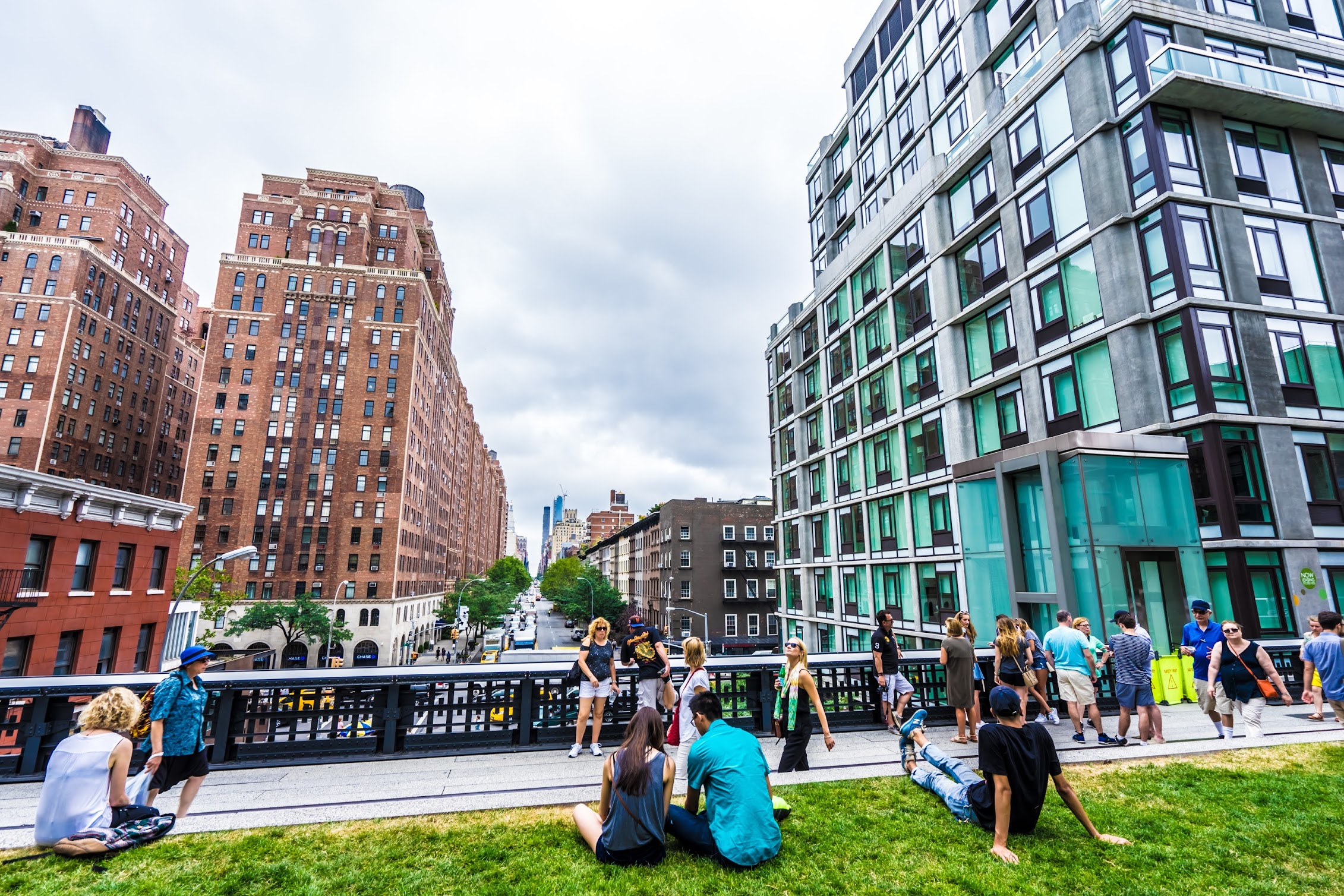 I guess the tall building over there was the Met Life Tower.

An apartment which was on the construction.

This area was called Rail Yard around 30-34 street.

As the name suggests, there was rail yard.

When I passed the rail yard,

I reached the north end of the High Line and completed to walk through it.

That’s it for the article about the High Line as part of Day 2. Since I visited New York for the first time in 9 years, the High Line was a new spot for me. I was able to enjoy walking through it, as there were a variety of beautiful scenery 🙂

In the next article, I will write about Chelsea and Fifth Avenue etc.