I went on a business trip to the U.S. and took this opportunity to made a short-trip to New York. Although the trip was just one-and-a-half-day, I enjoyed New York very much. In this article, I will write about Times Square and Cirque du Soleil’s broadway musical “PARAMOUR” as part of Day 2.

This is the final article of a series of New York trip. Following the previous post, I moved to Times Square from the Fifth Avenue.

Following the first day evening, I will watch a broadway musical on the second day evening. The show would start at 8 p.m. and the sun didn’t go down around that time. While I took photos of Times Square in the evening after watching the show on the first day (see the related link), I will take photos of Times Square before the sunset on the second day.

To begin with, Duffy Square.

It rained until just before and was still raining a little bit.

However, it stopped raining and the sky was starting to clear up.

Around tkts, a discount shop for broadway musical.

A flagship shop of M&M’s.

BARCLAYS, an international financial group based in London.

New York Big Bus, one of the companies which run Hop-on and Hop-off bus in New York.

Many people were queuing for discount tickets.

Seeing from the bottom.

I never get tired of watching advertisements at Times Square.

Red stairs at the back of tkts. 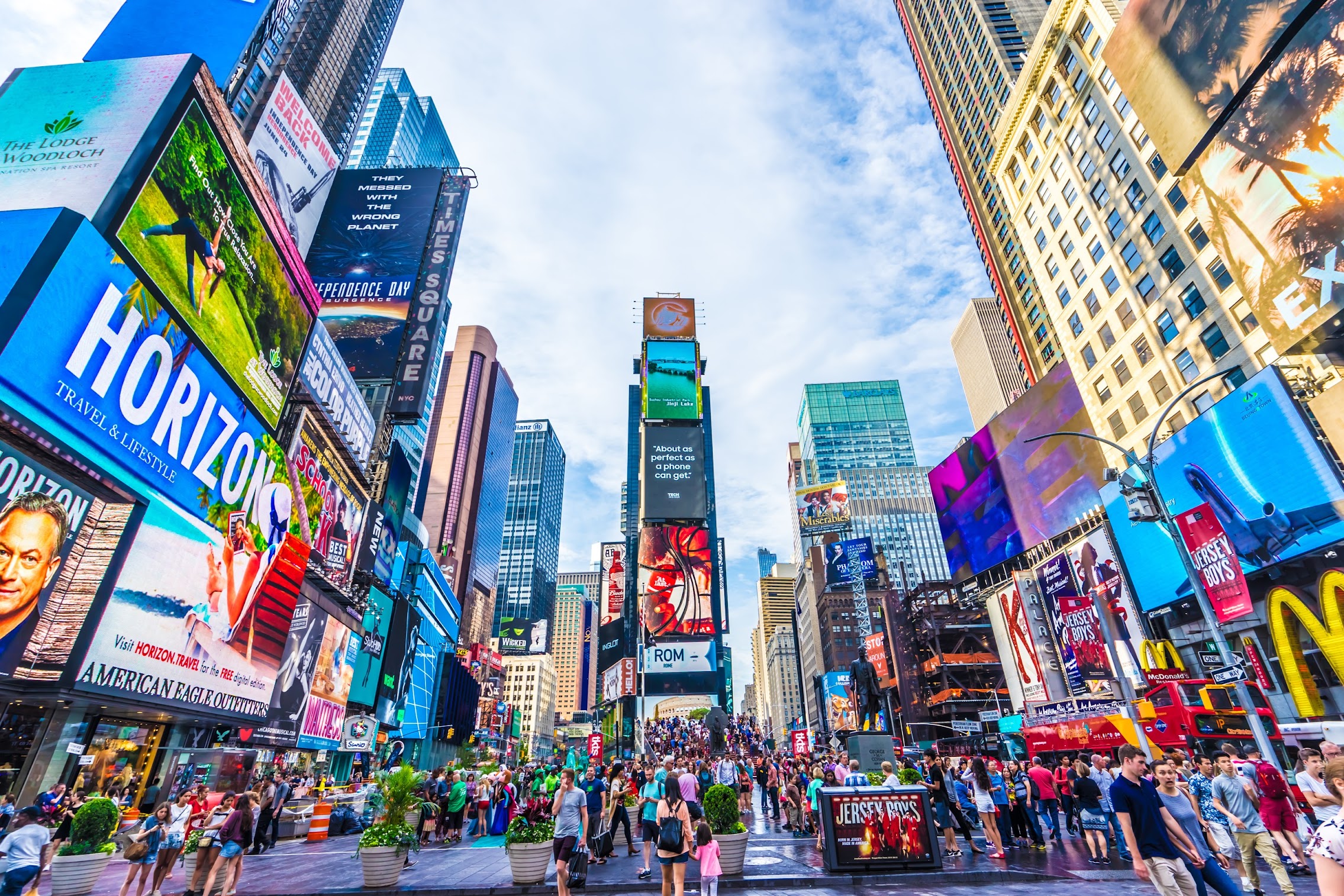 There were office buildings just ahead of the 42 street.

Cosplayers such as Super Mario.

It already passed 7 p.m. and I was surprised to see it was still light out. Now that’s enough walking around Times Square and I moved to watch a broadway musical show.

The venue was the Lyric Theatre around 42 street.

Although the show have got controversial reputation, I personally liked it. The show well integrated Cirque du Soleil’s acrobatic scenes with musical elements and I really enjoyed it.

For your information, here is a video by Broadway.com.

This is a making video by Cirque du Soleil.

Now the New York short trip was over and I retuned home on the early next morning.

First, I moved to Atlanta, which was the nearest airport to my business trip destination.

Then, I flew to Narita from Atlanta.

That’s it for the article about Times Square and Cirque du Soleil’s broadway musical “PARAMOUR” as part of Day 2. To sum up the trip since this was the final article of a series of New York trip, I realize I love New York 🙂 As you can see in my profile, I mainly travel around Japan, but I find it enjoyable to travel abroad as well. Ideally, I would like to travel overseas once or twice a year while I travel around Japan every two or three months.

Before going to Singapore, I may post next article about something in Tokyo, but I’m not sure. Since I would like to do maintenance for my past articles and layout etc., it may be one month later when I will post next article. Anyway, once I return from Singapore, I will write about it, so stay tuned.