I traveled to Seoul, South Korea, in early September. Although I was not blessed with weather at all, I enjoyed the trip as the food was delicious and people were kind. In this article, I will write about Seoul Station as part of Day 3. Although I am not a railway enthusiast, I enjoyed Seoul station as I was able to watch a variety of trains.

Following the previous post, I came to Seoul station while a typhoon was approaching. 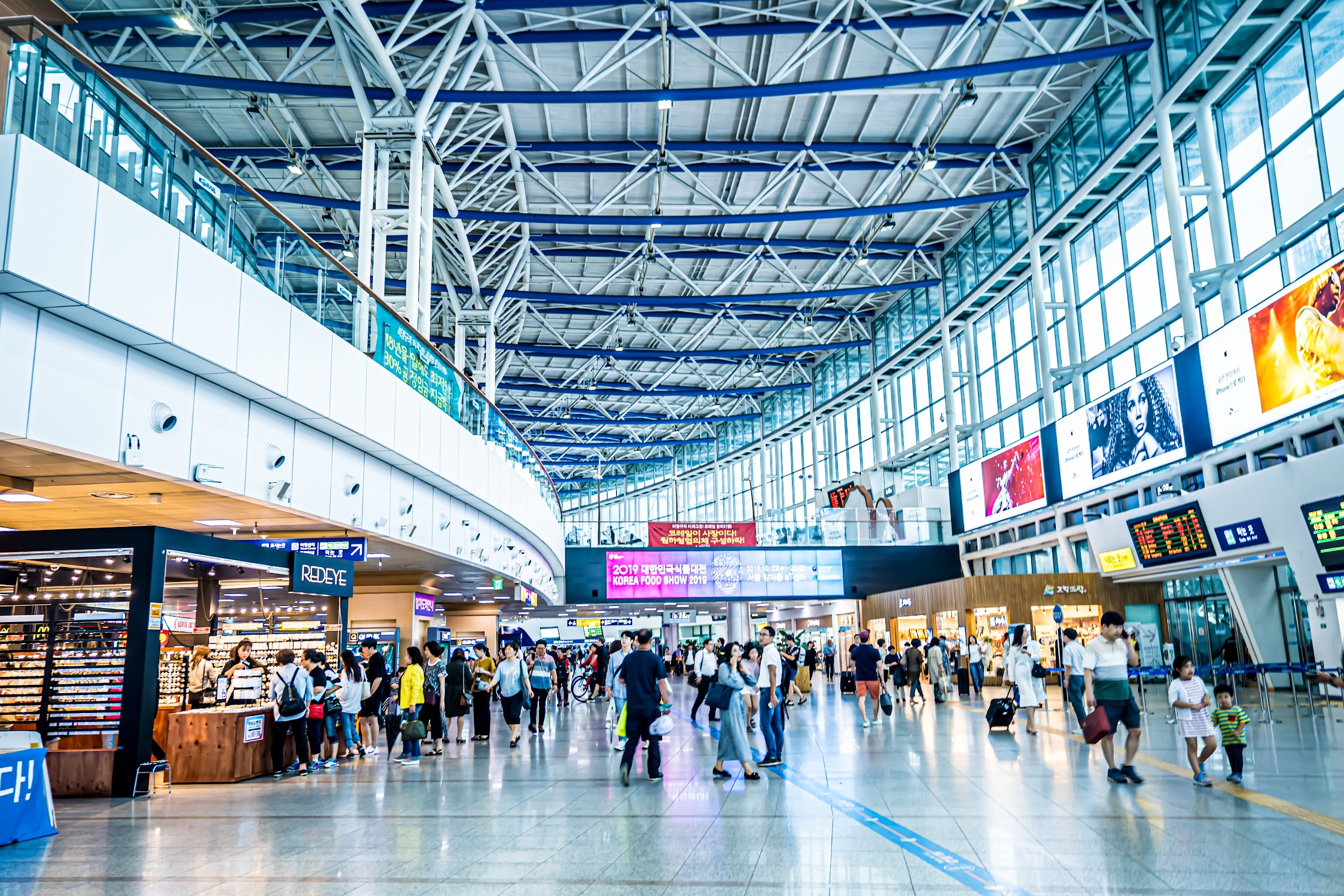 Seoul station is the largest termination in Seoul. Korail (Korea Railroad Corporation), Seoul Metro and AREX (Airport Railroad Express) run to Seoul station. In particular, Korail has a variety of trains that stop at Seoul station, so I visited Seoul station to take train photos.

As a terminal station including long-distance trains, I saw many people with suite cases. 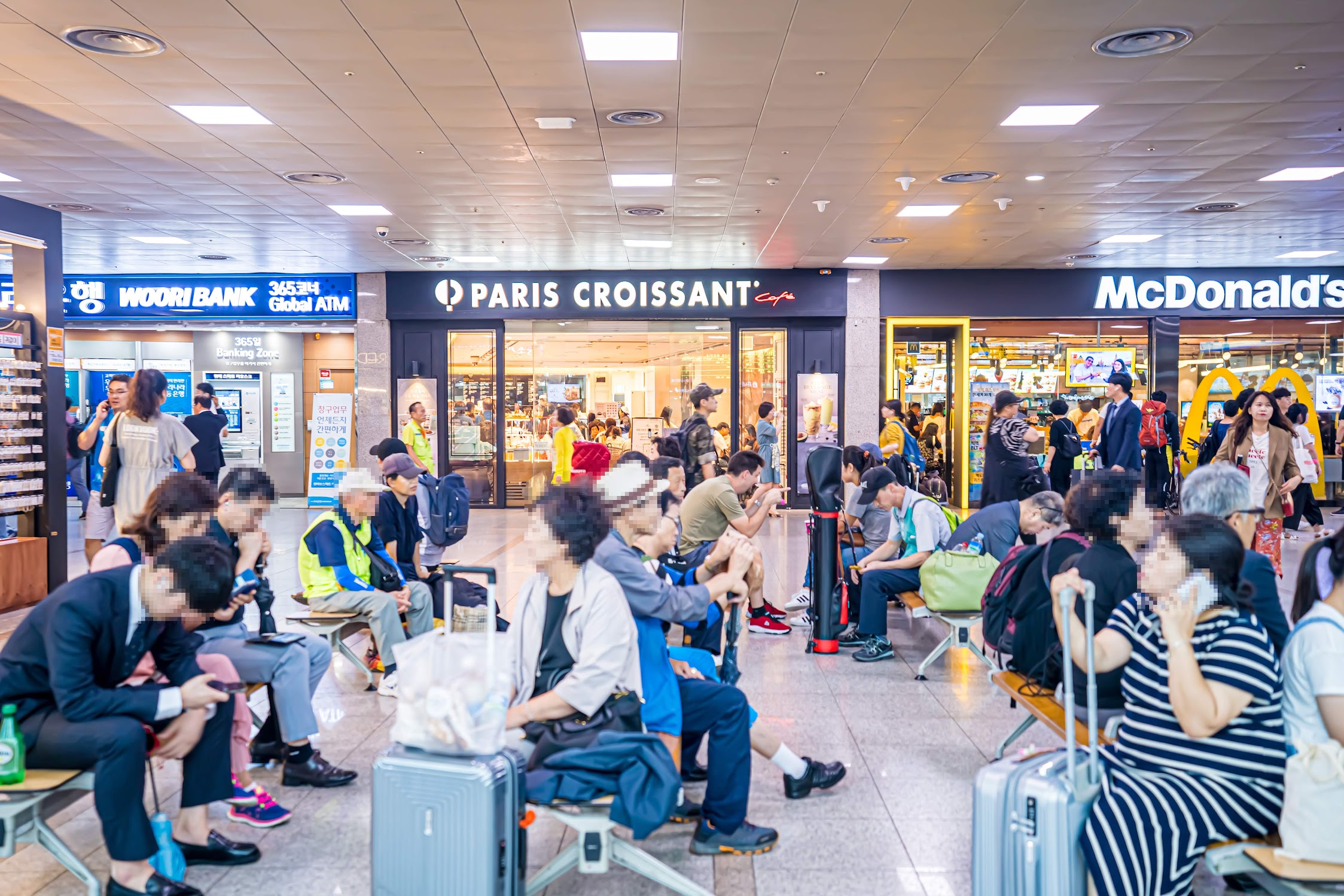 The entrance of the platform of Korail. Visitors were able to access to the platform freely, as train tickets were checked in trains. The first train that came into view was “KTX-Sancheon”. 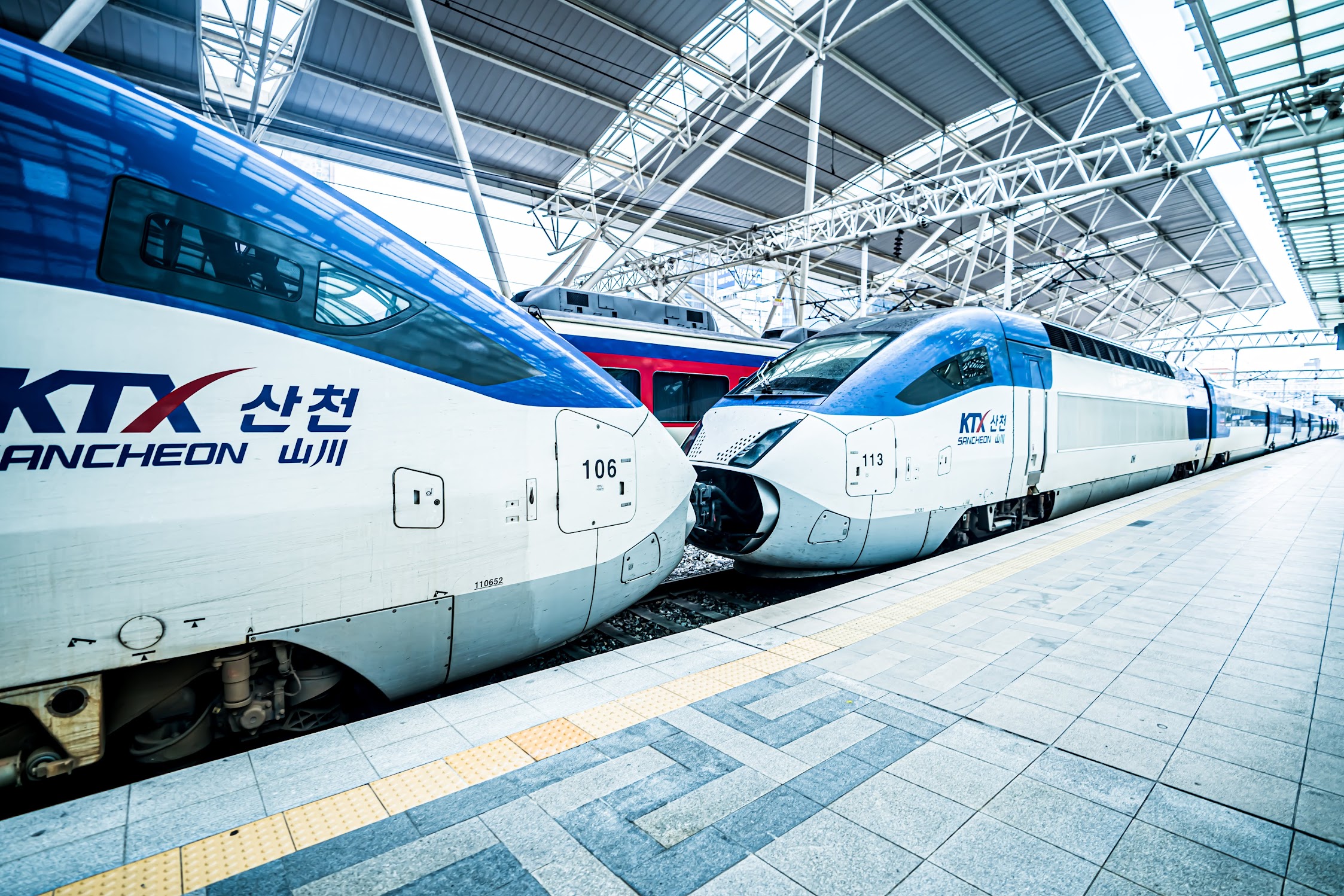 “KTX-Sancheon” has been operating since 2010 and its seat pitch is wider than normal KTX, which I will show you later. 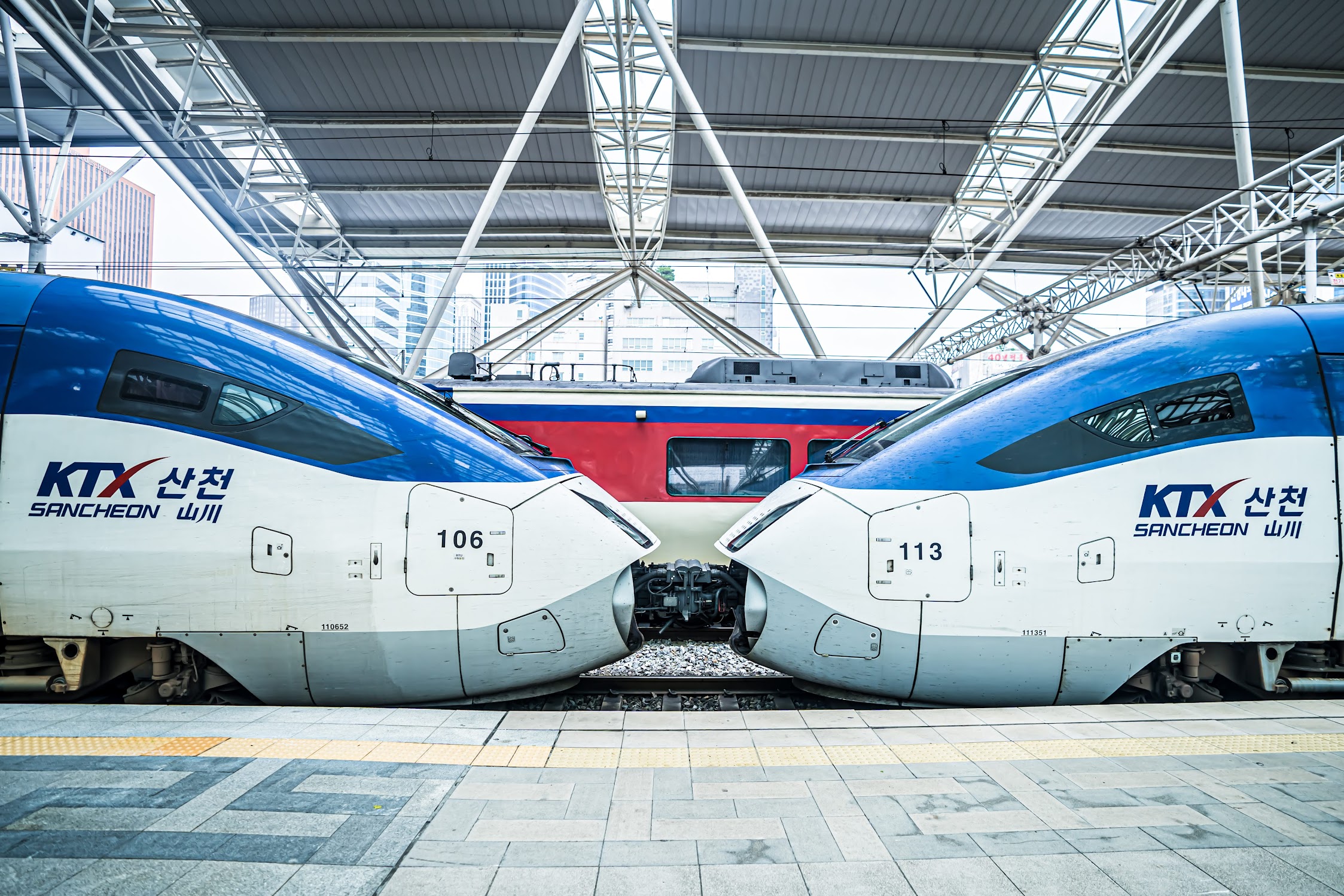 Visitors are able to enjoy a variety of trains. 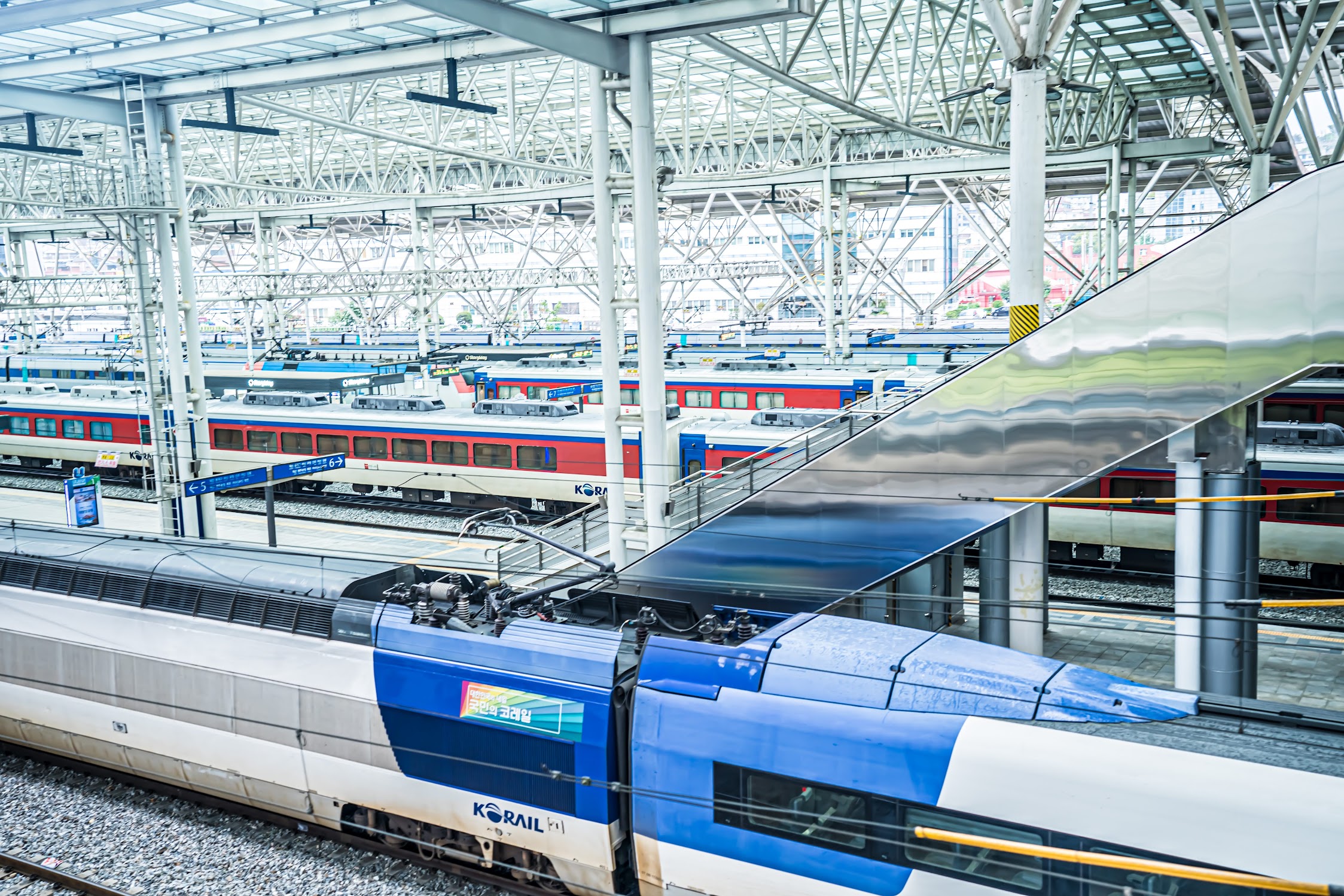 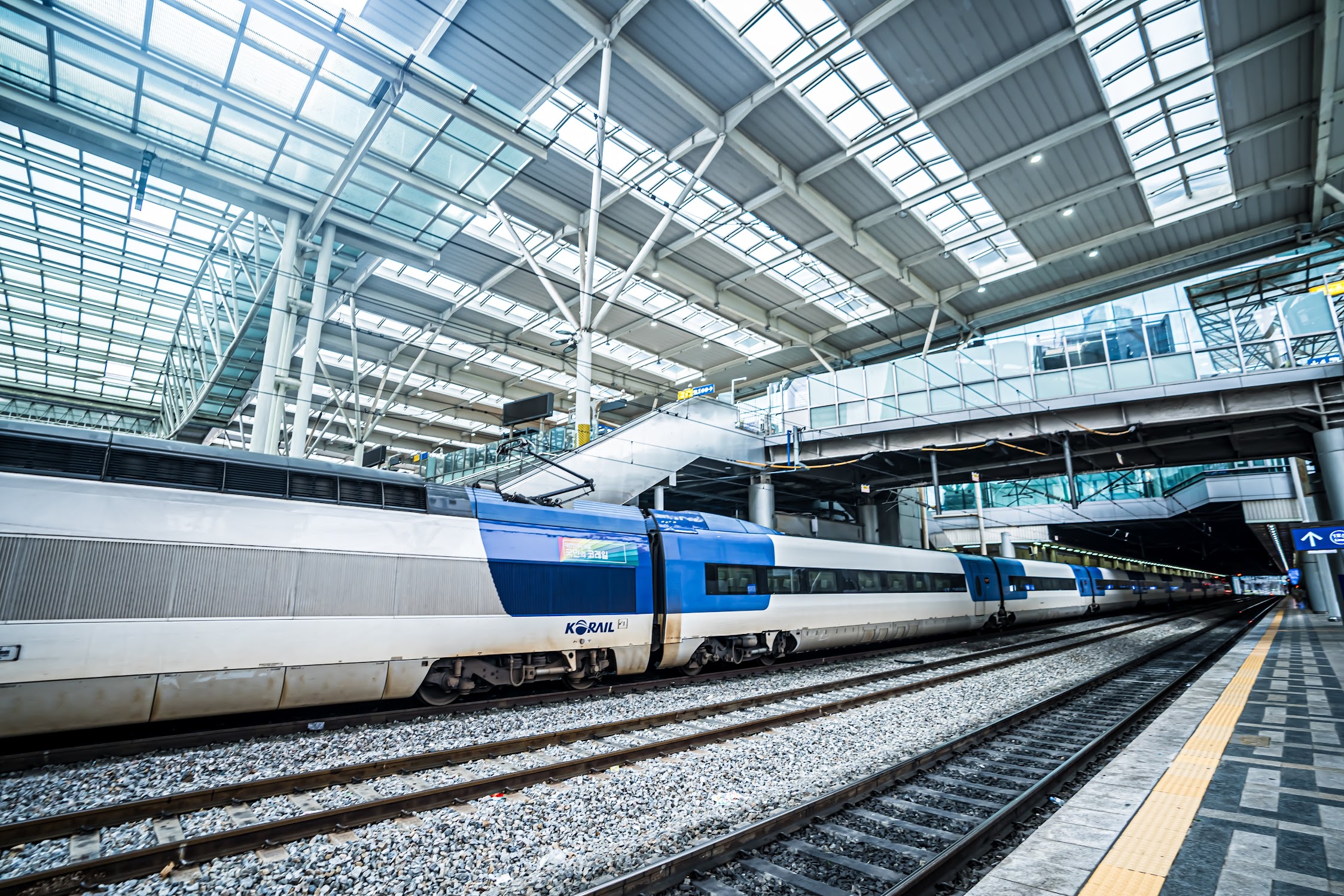 I wish I would be able to take trains. 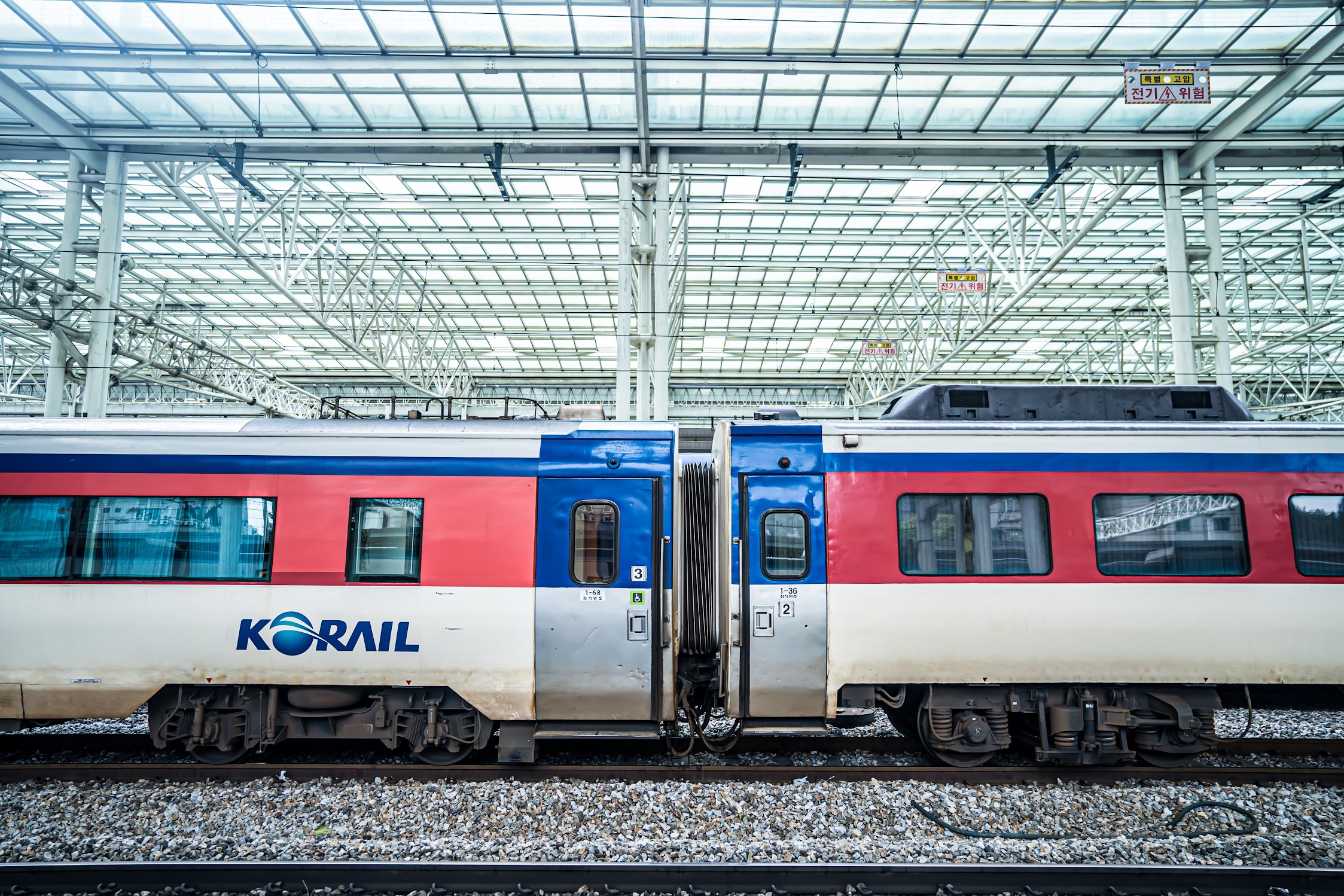 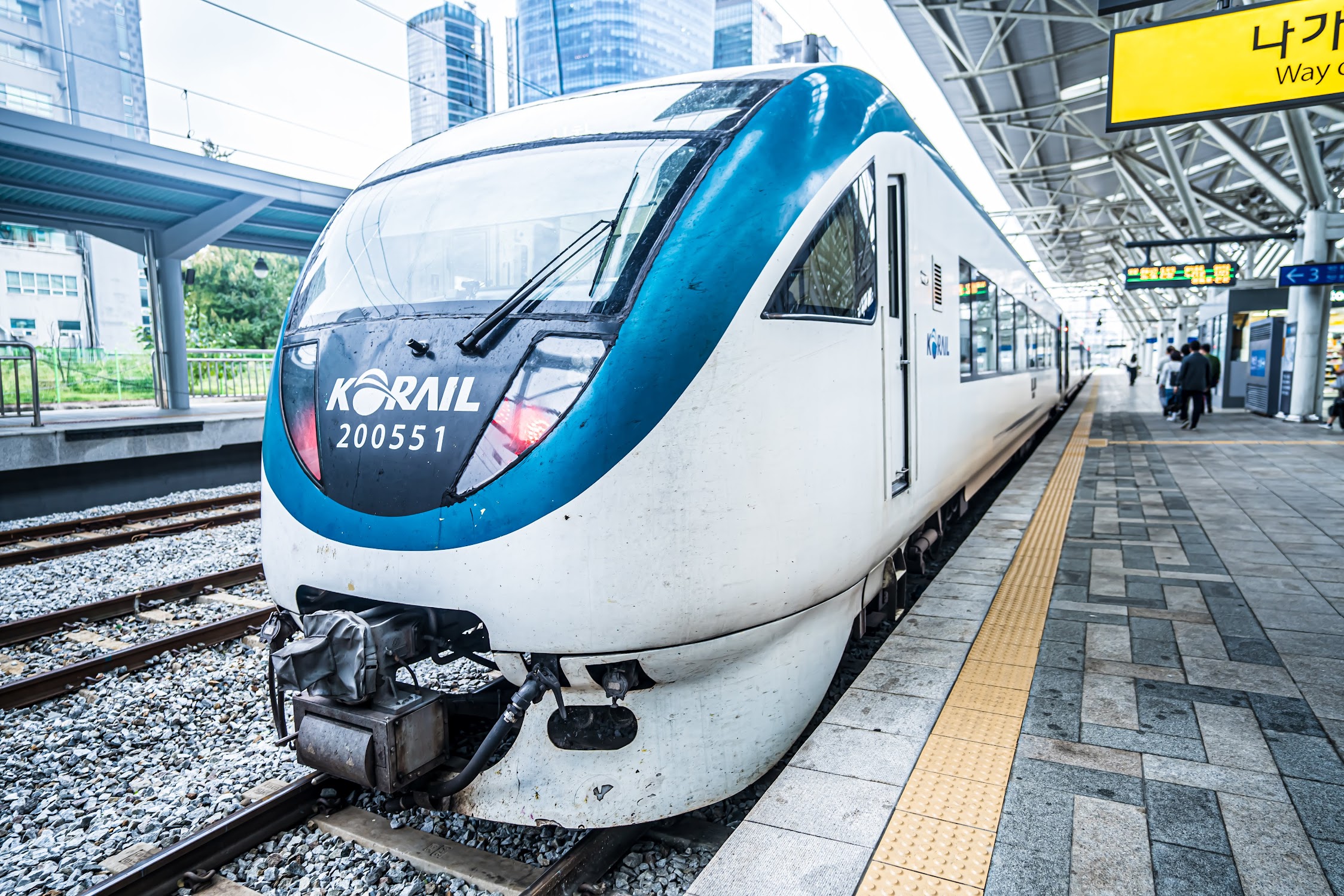 “Nuriro” has been operating since 2009 as the successor of “Mugunghwa-ho”. which will be abandoned in 2020. 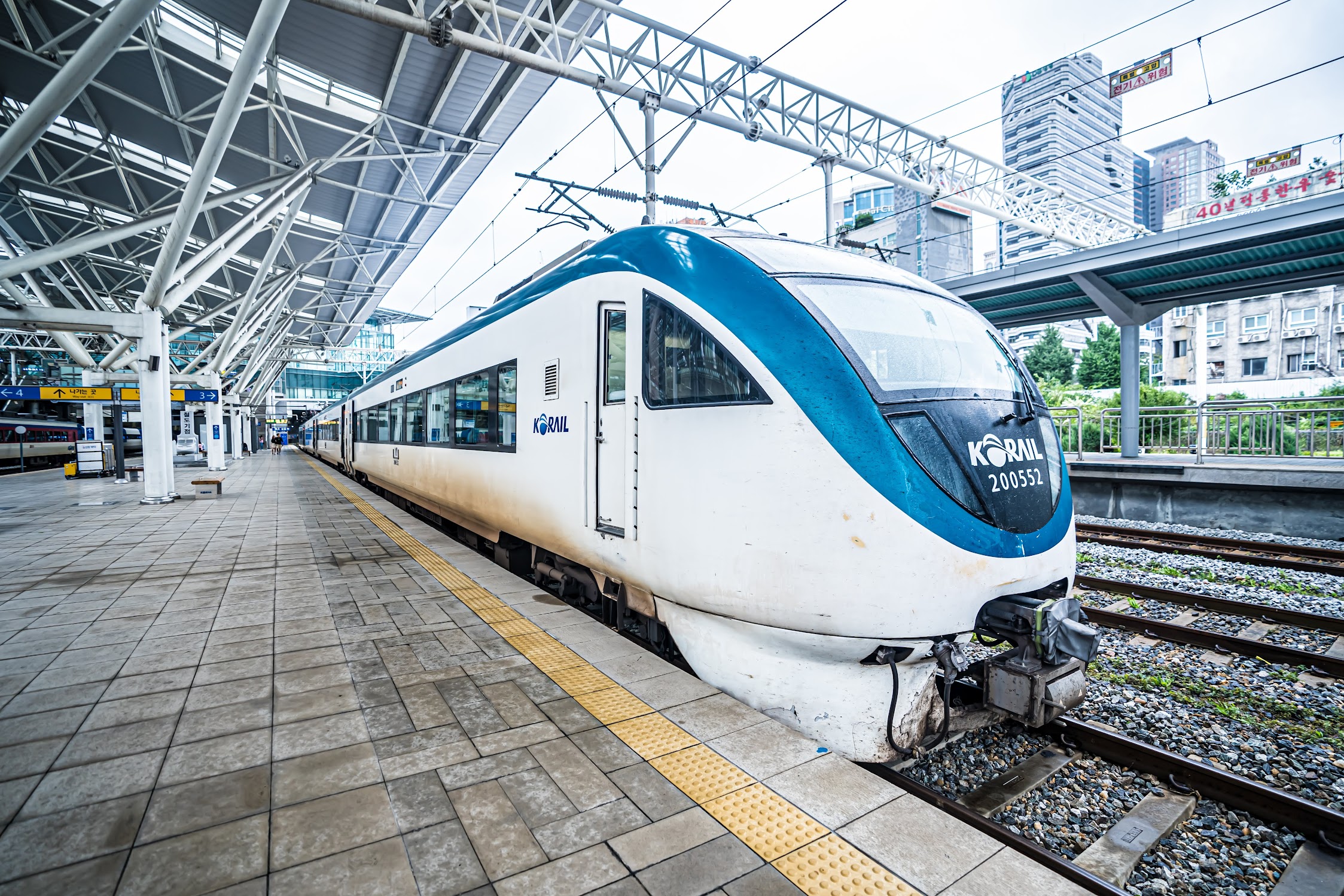 “Nuriro” runs through outlying cities of Seoul, so it is often used as commuter trains. 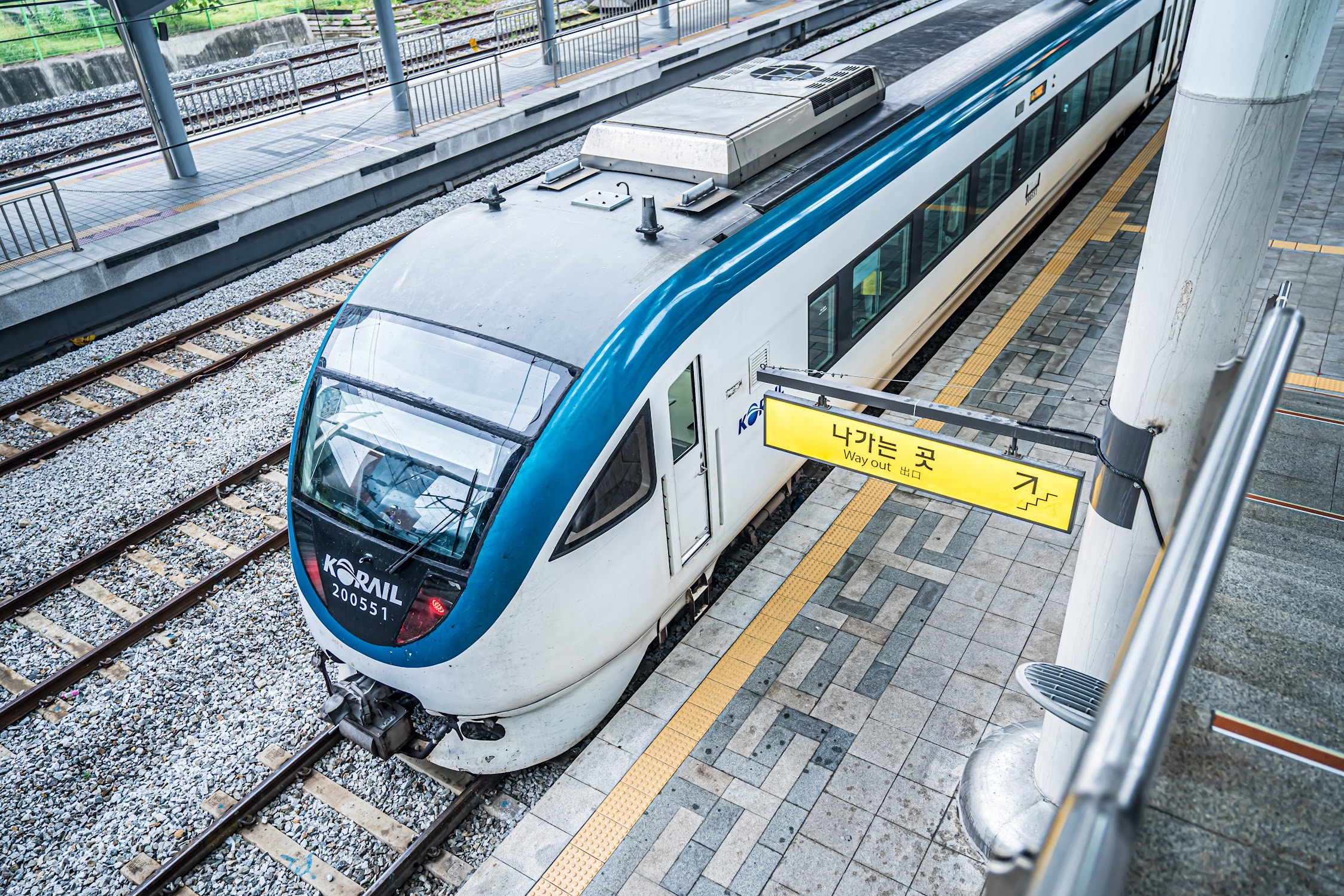 This is “KTX”, standard version. 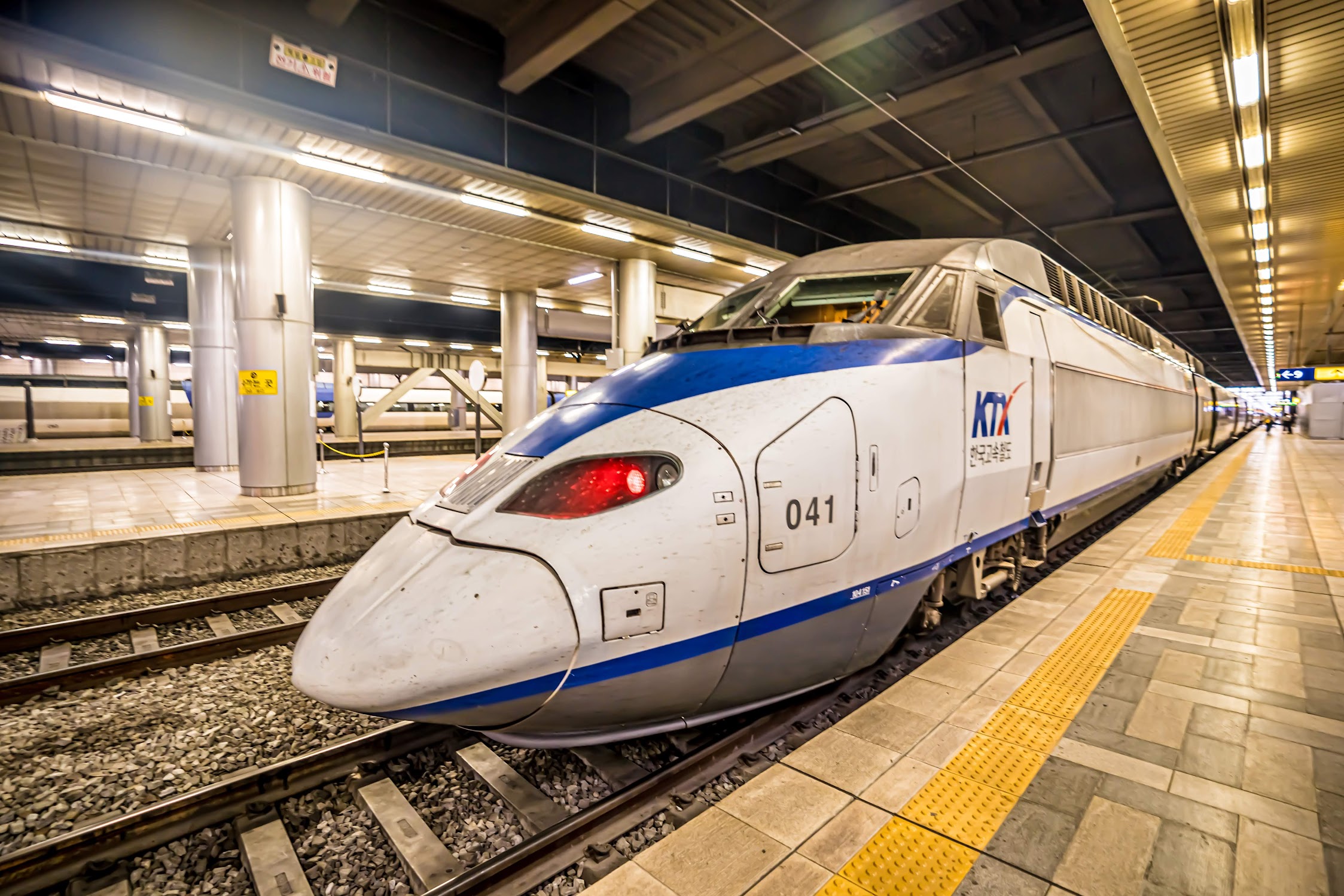 “KTX” has been operating since April 2004 with French TVG’s technology. 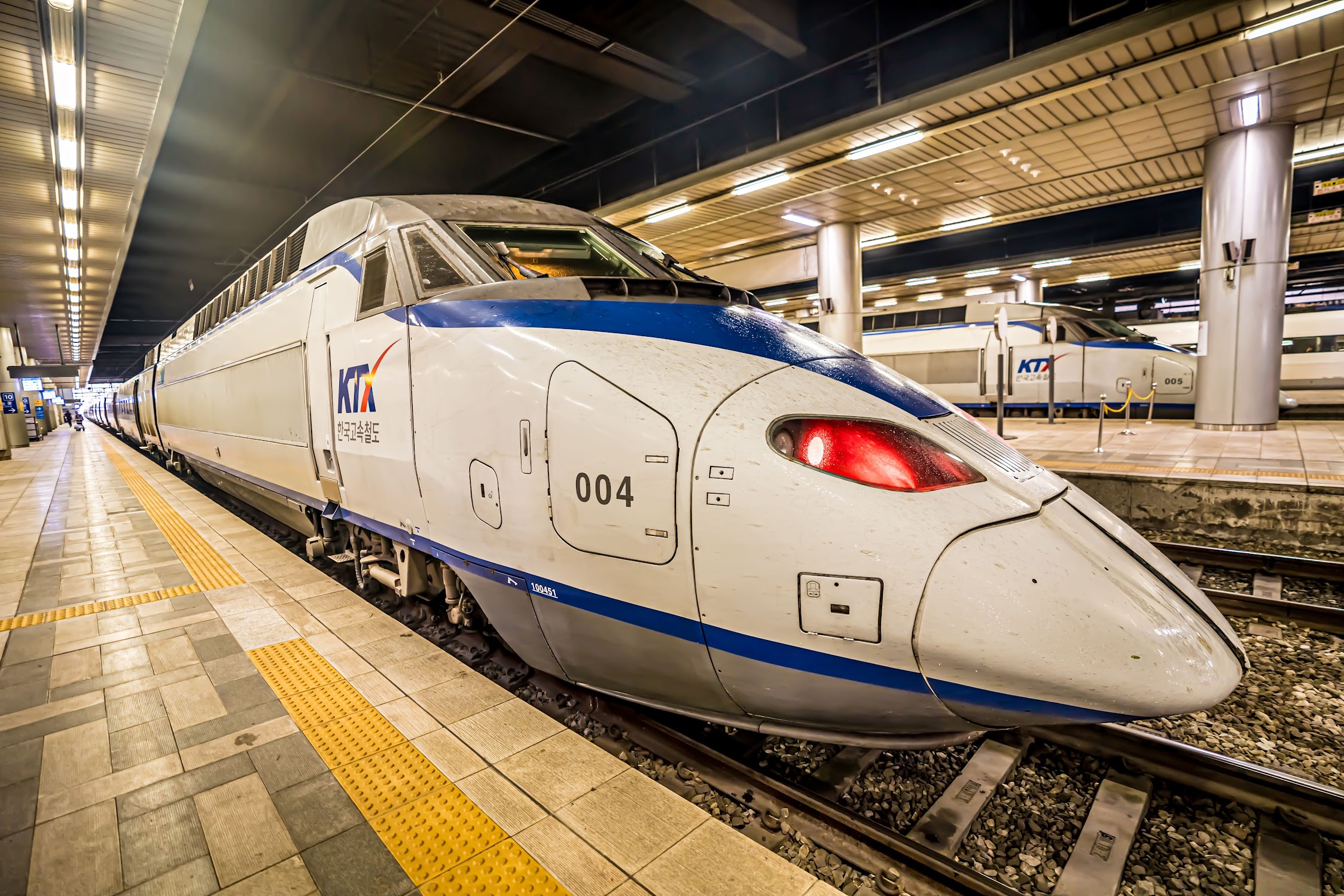 Although 15 years have passed since its operation, I felt its design was new even now. 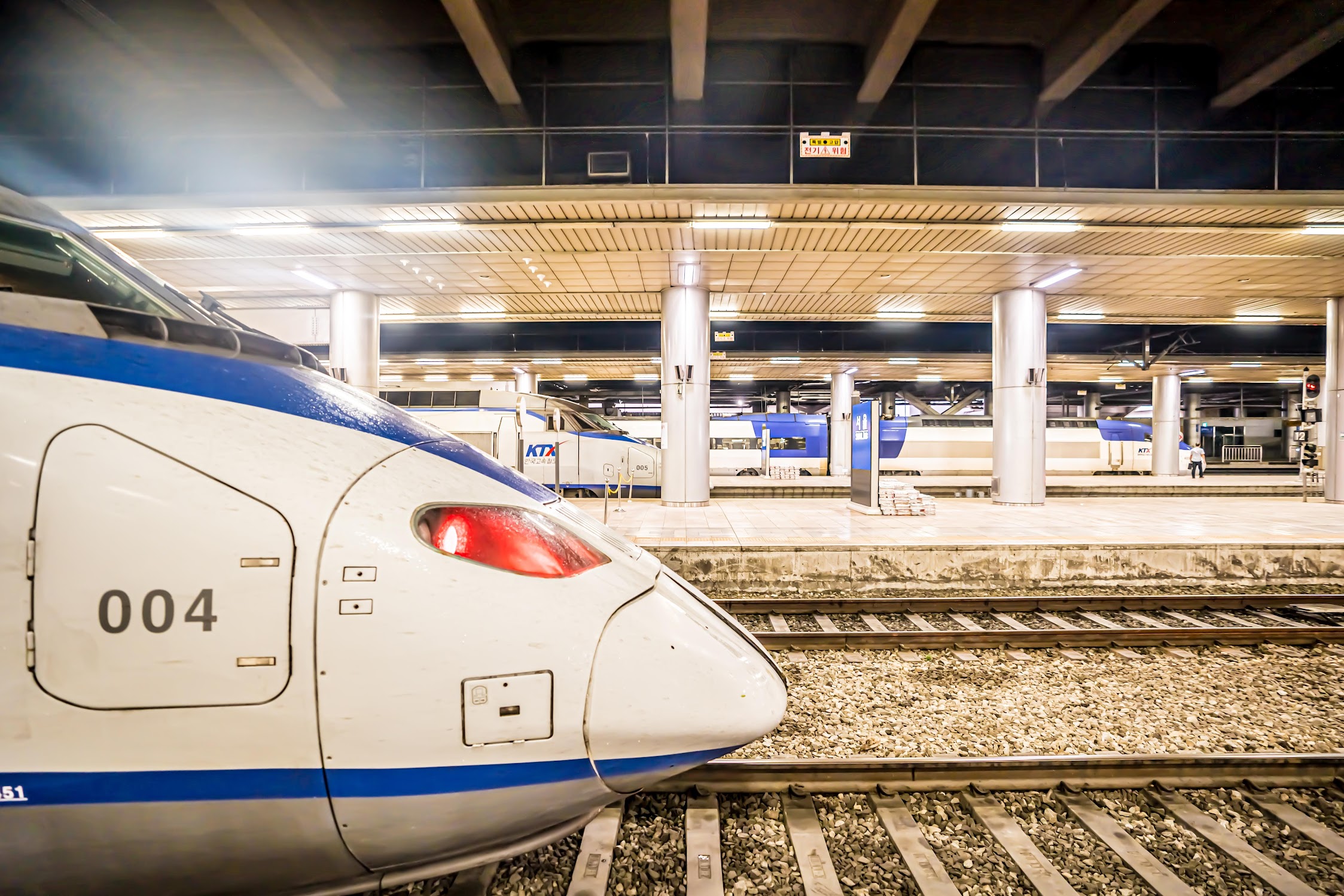 Platforms at a glance. 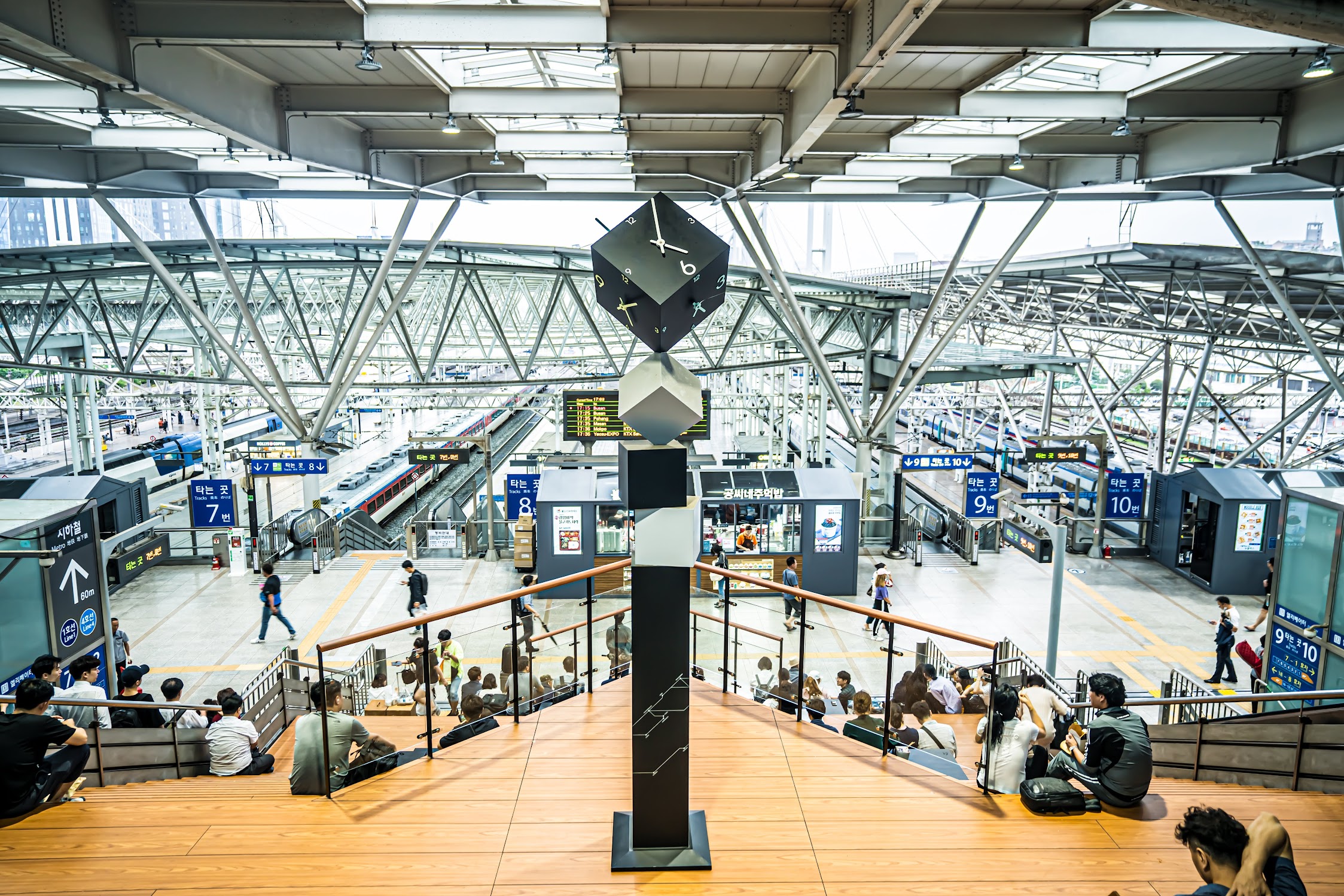 Trains arrived and departed frequently, so many people were moving busily. 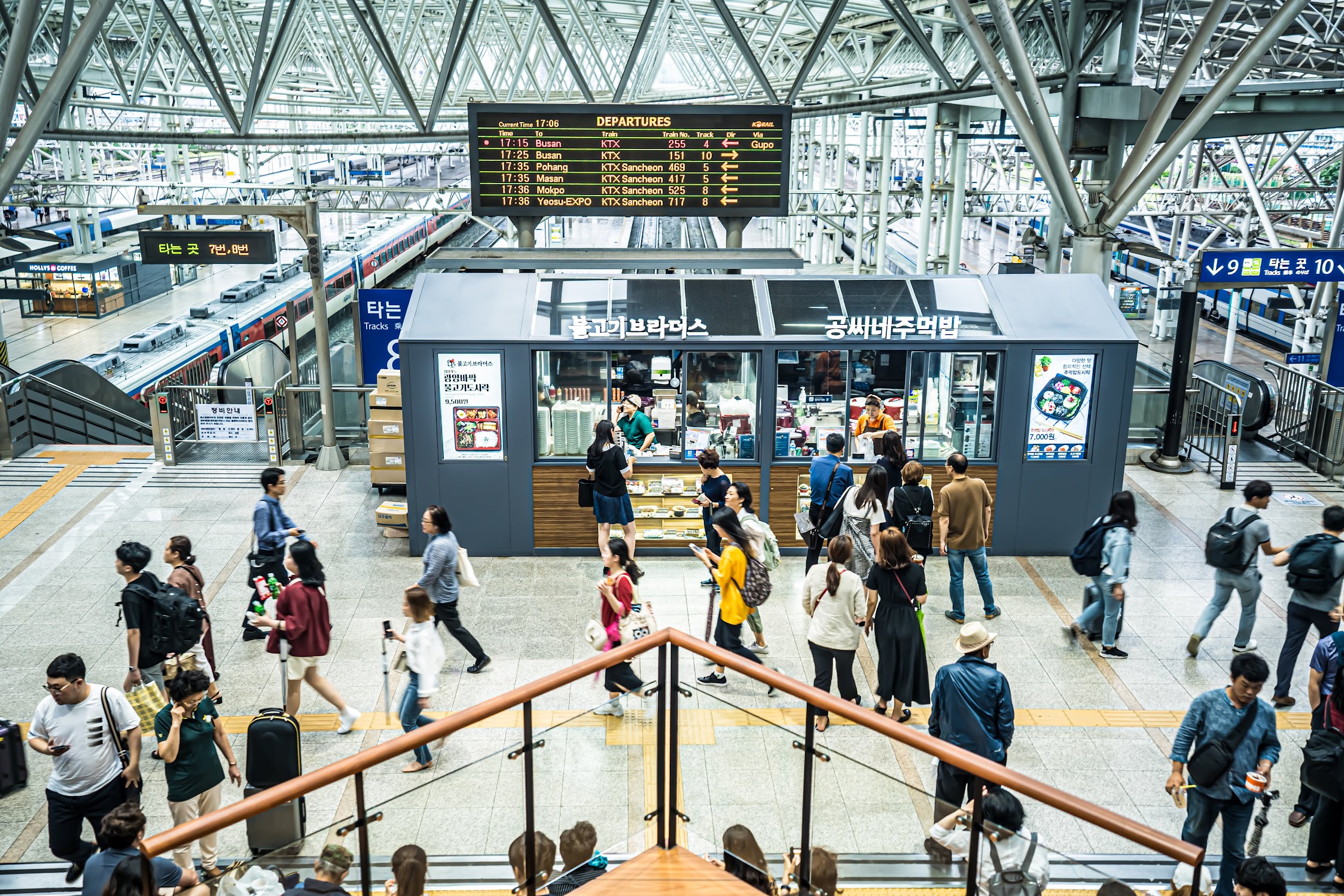 There were several lunch box shops and one of them was Japanese “Hotto Motto”. I left the platform and went around a shopping area. 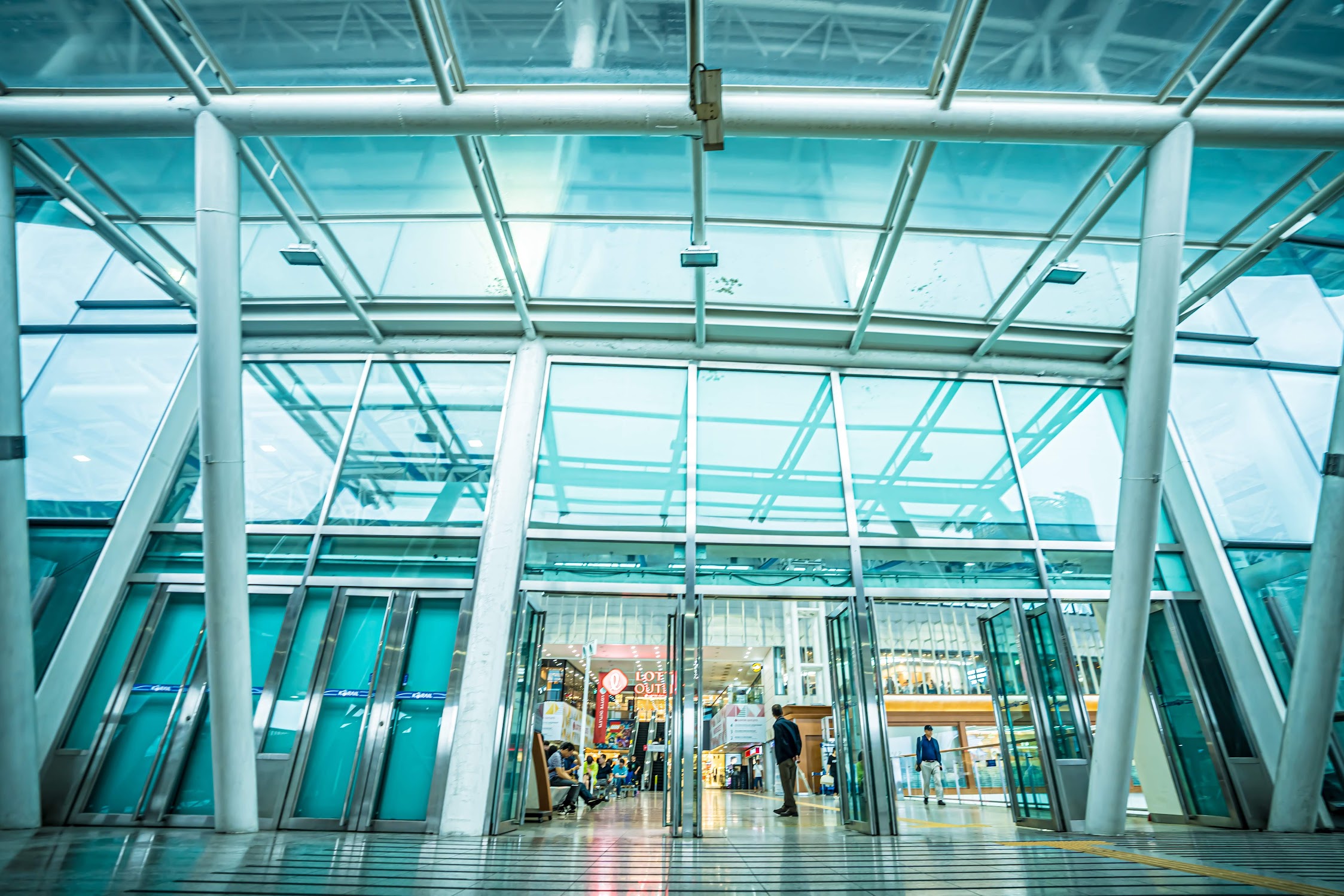 There was an open ceiling space between the second floor and third floor, and here is a view from the third floor. 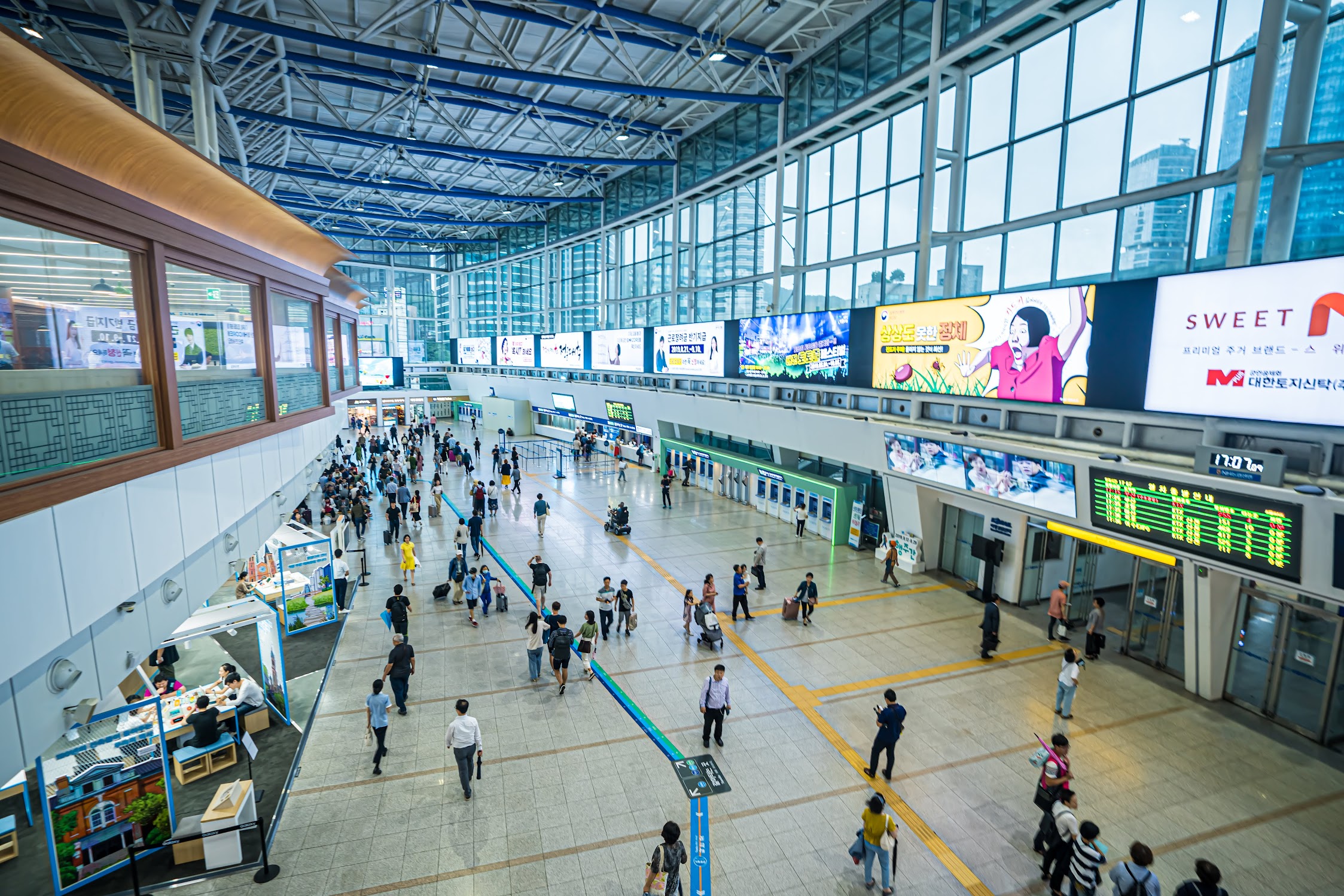 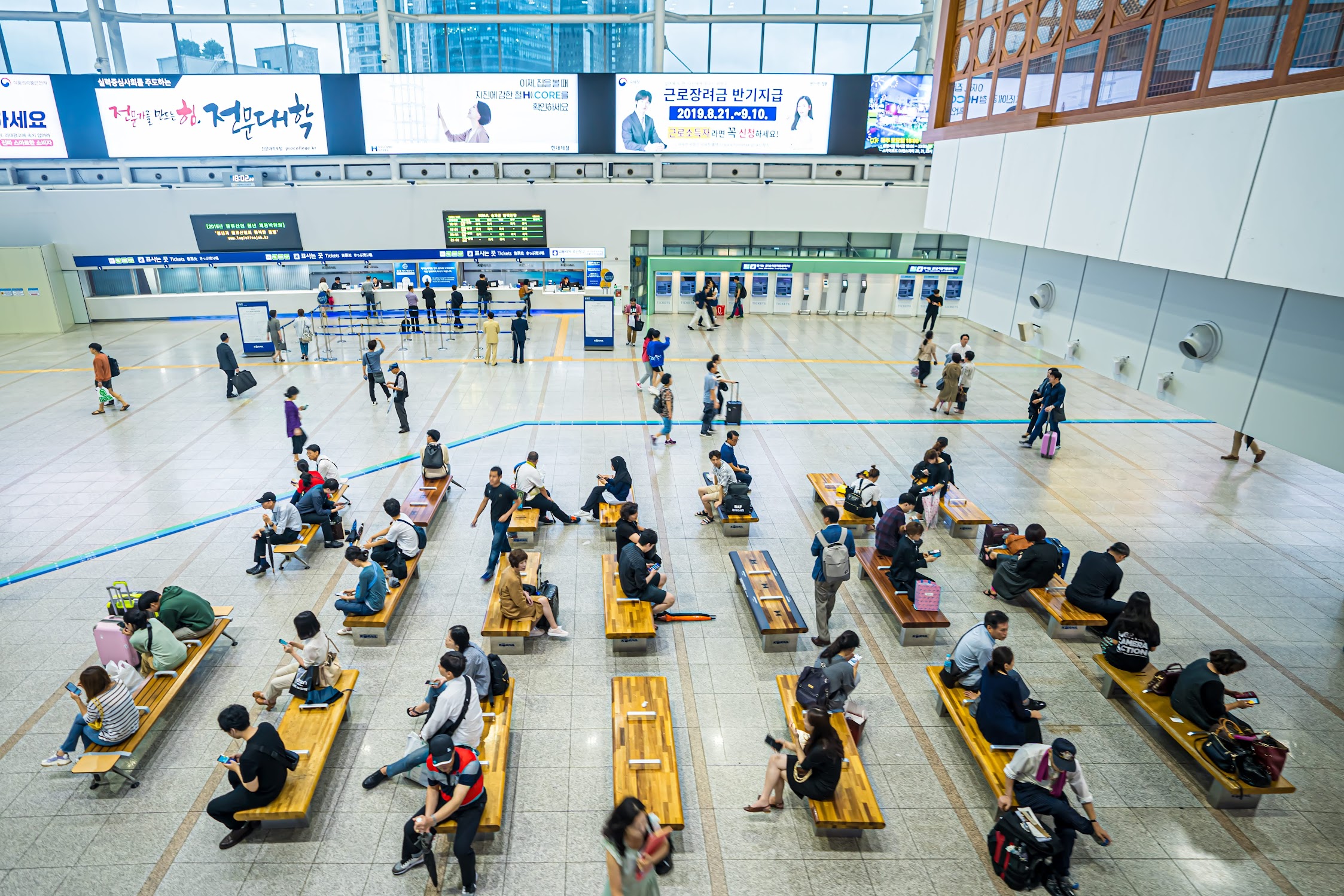 There was also “Lotte Outlets”, which was directly connected to Seoul station. 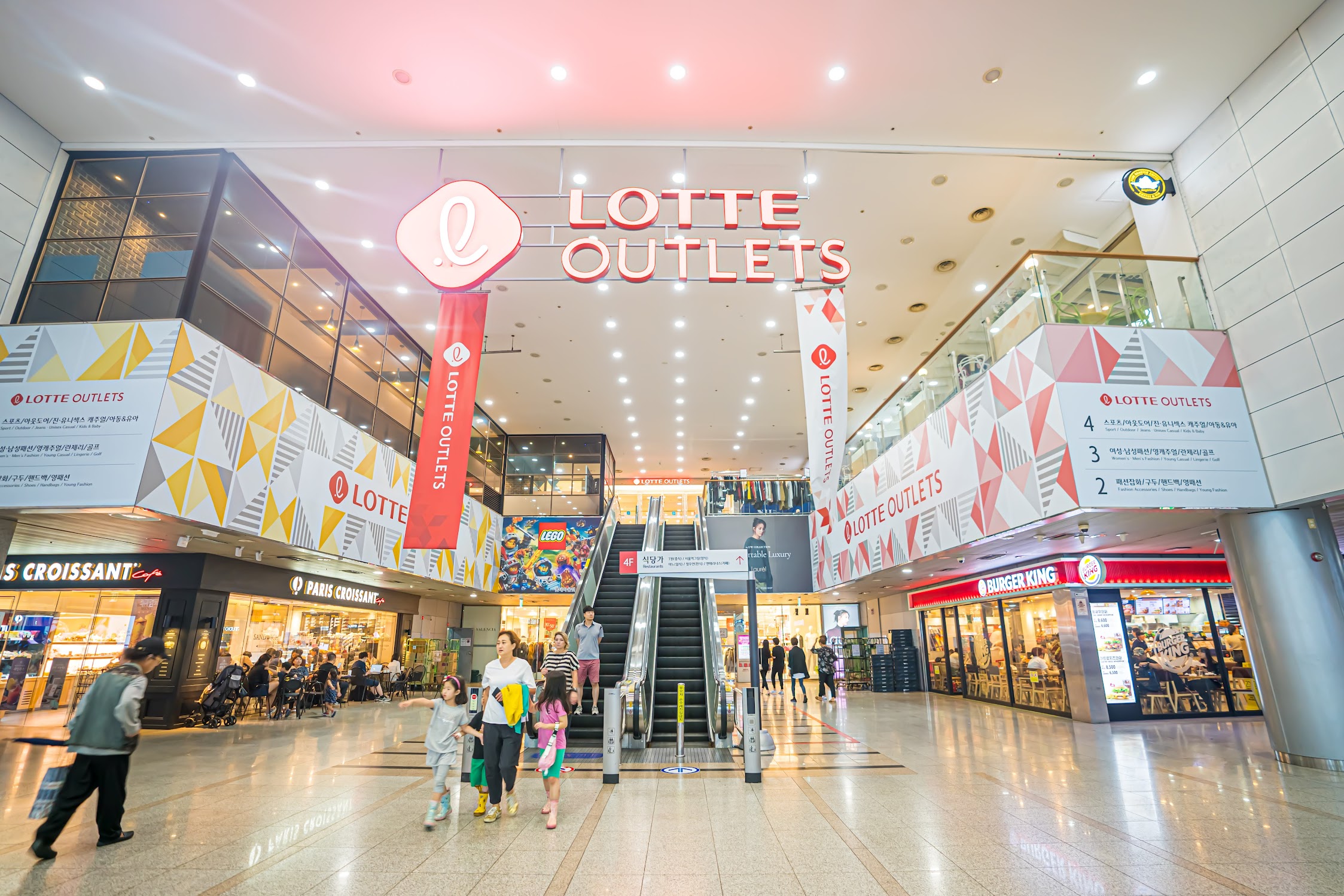 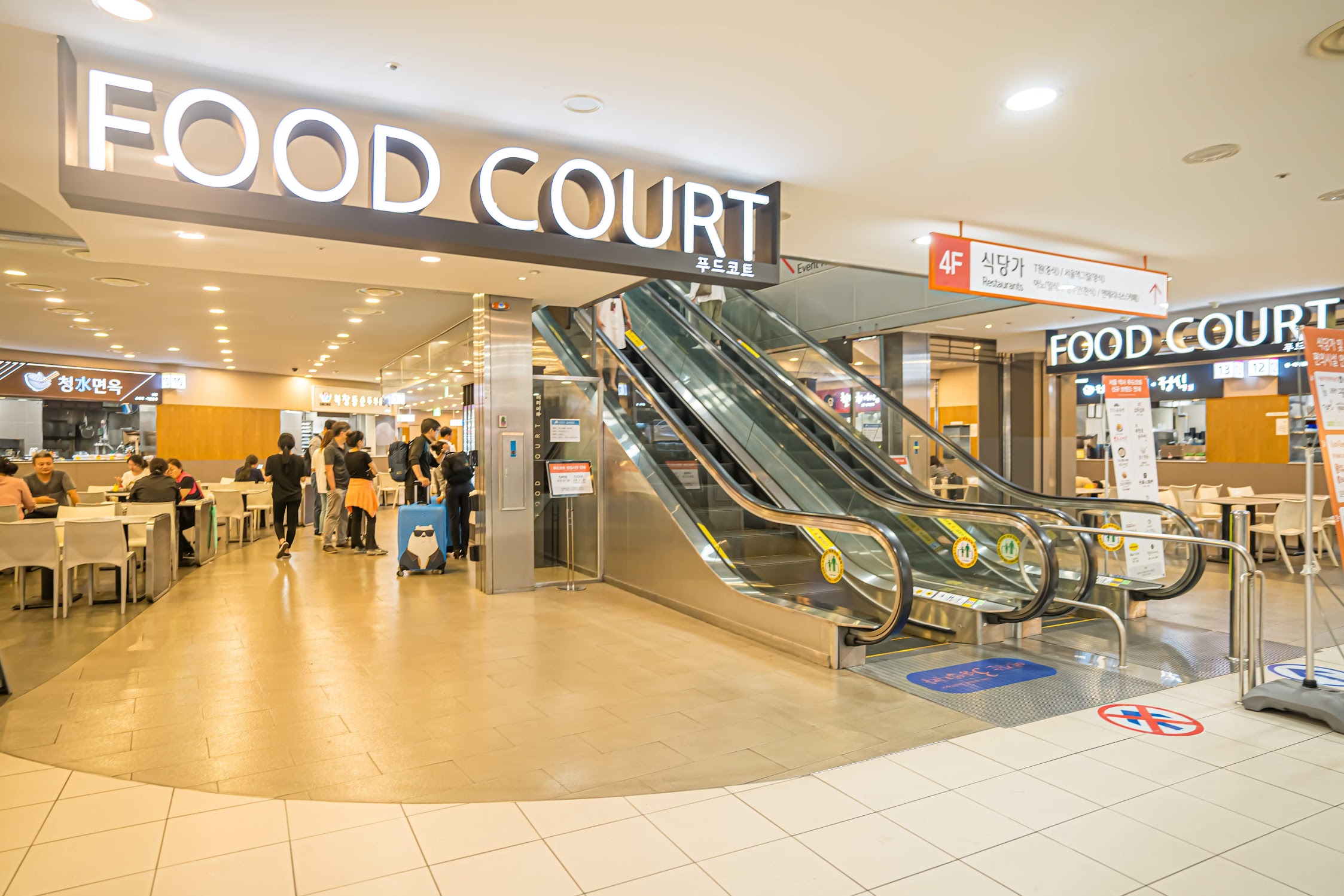 There were also a variety of restaurants, cafes and fast food shops, and I visited this Korean restaurant for dinner. 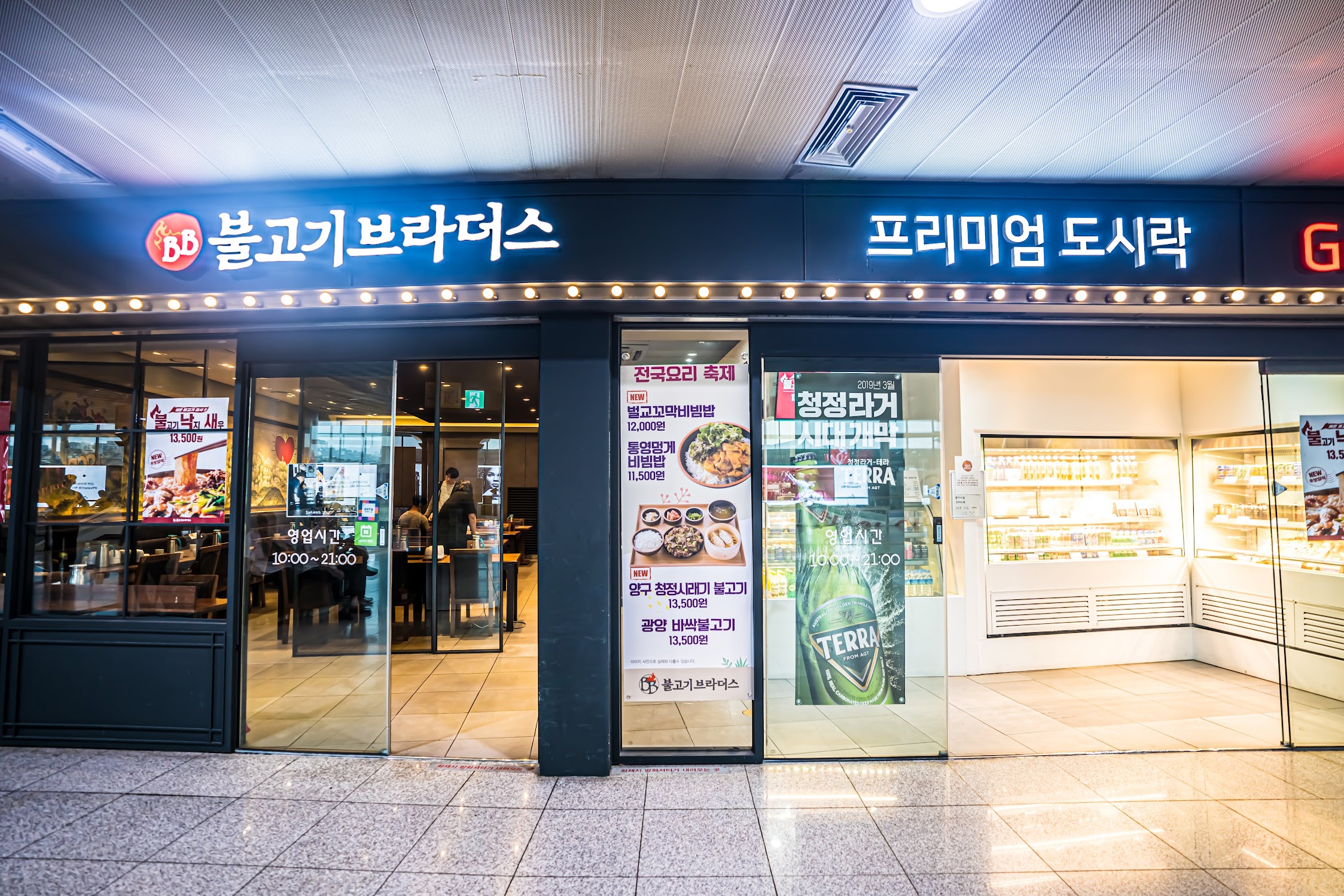 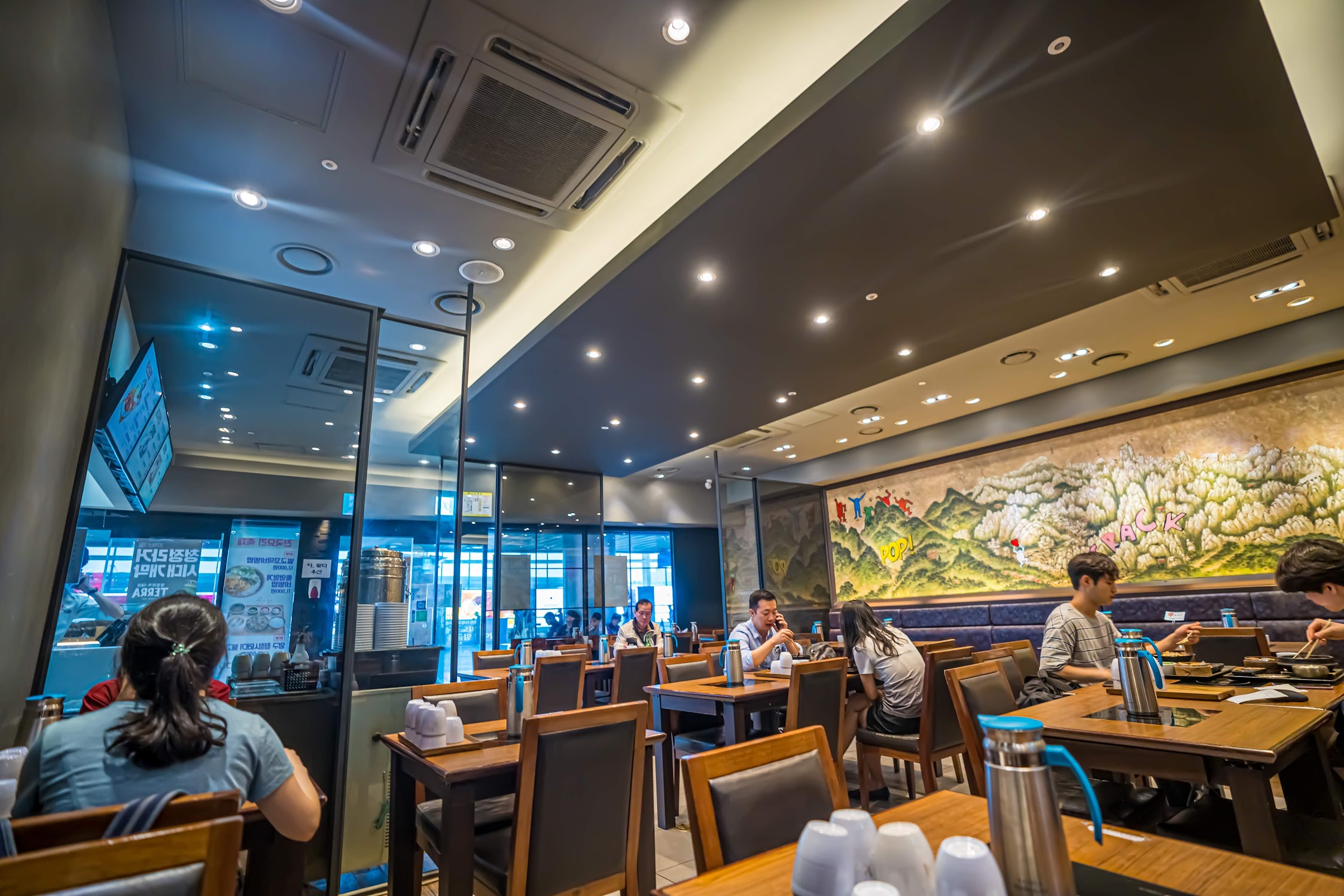 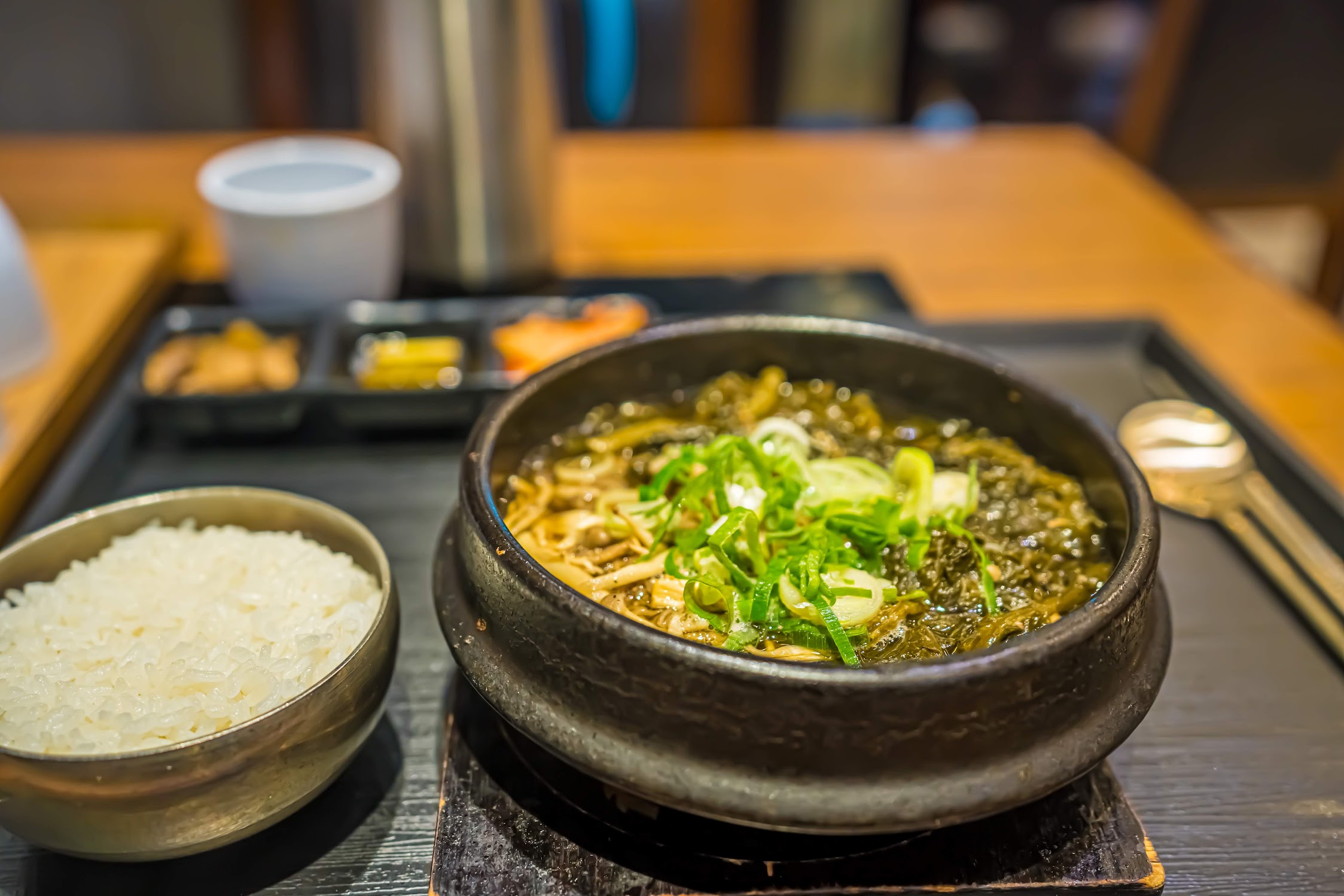 I left the restaurant and found a monitor that showed a news program mentioning today’s typhoon. 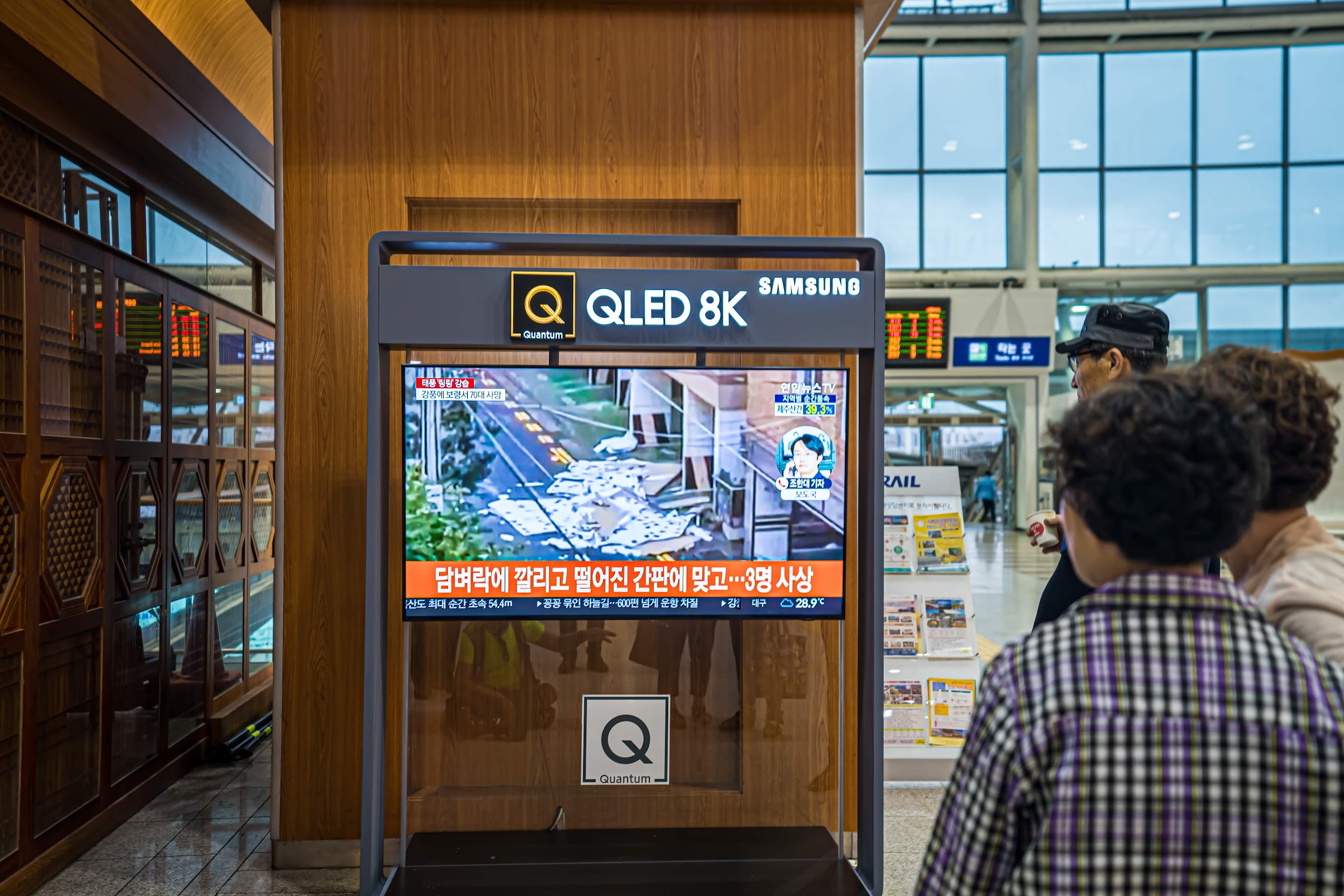 I bought some souvenirs at this shop. 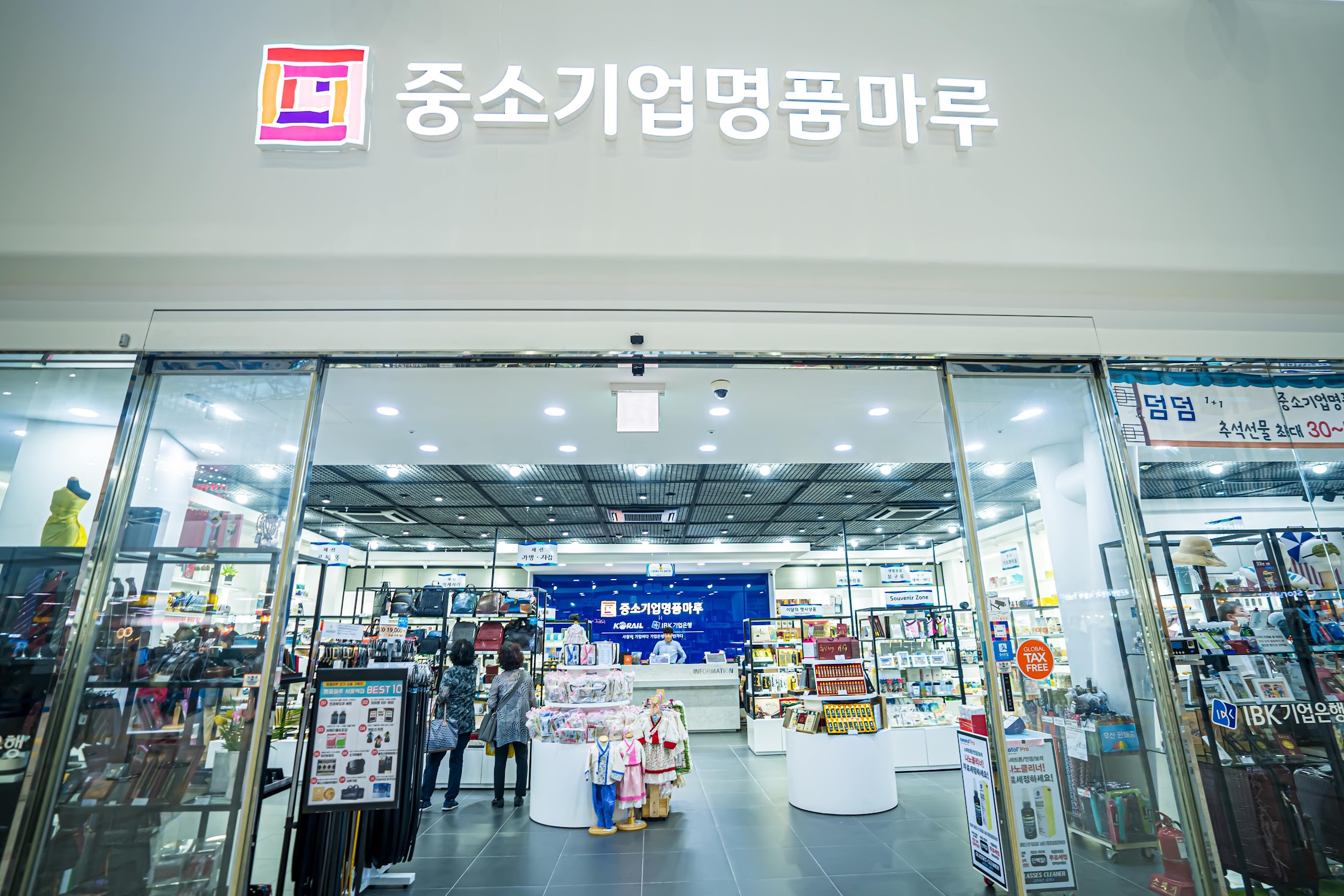 Then, I will continue to go around Seoul station, but I will stop this article here due to the volume and write the remaining part at the next article.

That’s it for the article about Seoul Station as part of Day 3.

Although I am not a railway enthusiast, I enjoyed Seoul station as I was able to watch a variety of trains. Other types of trains are featured next time.

In the next article, I will continue to write about Seoul Station as part of Day 3.