I traveled to Seoul, South Korea, in early September. Although I was not blessed with weather at all, I enjoyed the trip as the food was delicious and people were kind. In this article, I will write about evening scene at Seoul Station as part of Day 3. I needed to change my itinerary due to the typhoon, but I realized it’s all for the best.

Following the previous post, I will continue to go around Seoul station.

I will return to the platform of Korail (Korea Railroad Corporation) again. 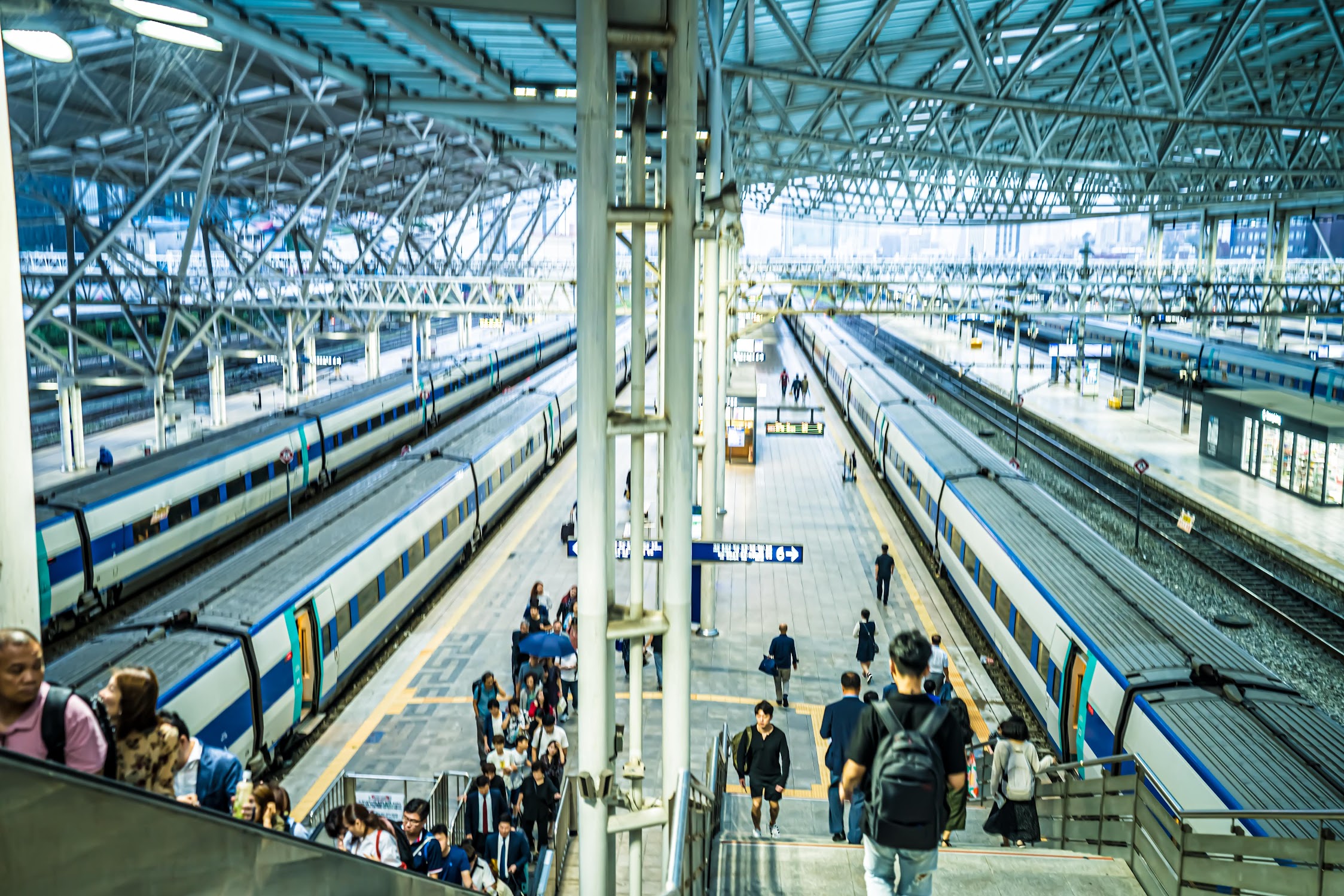 Here is “KTX-Sancheon”, I referred to in the previous article. 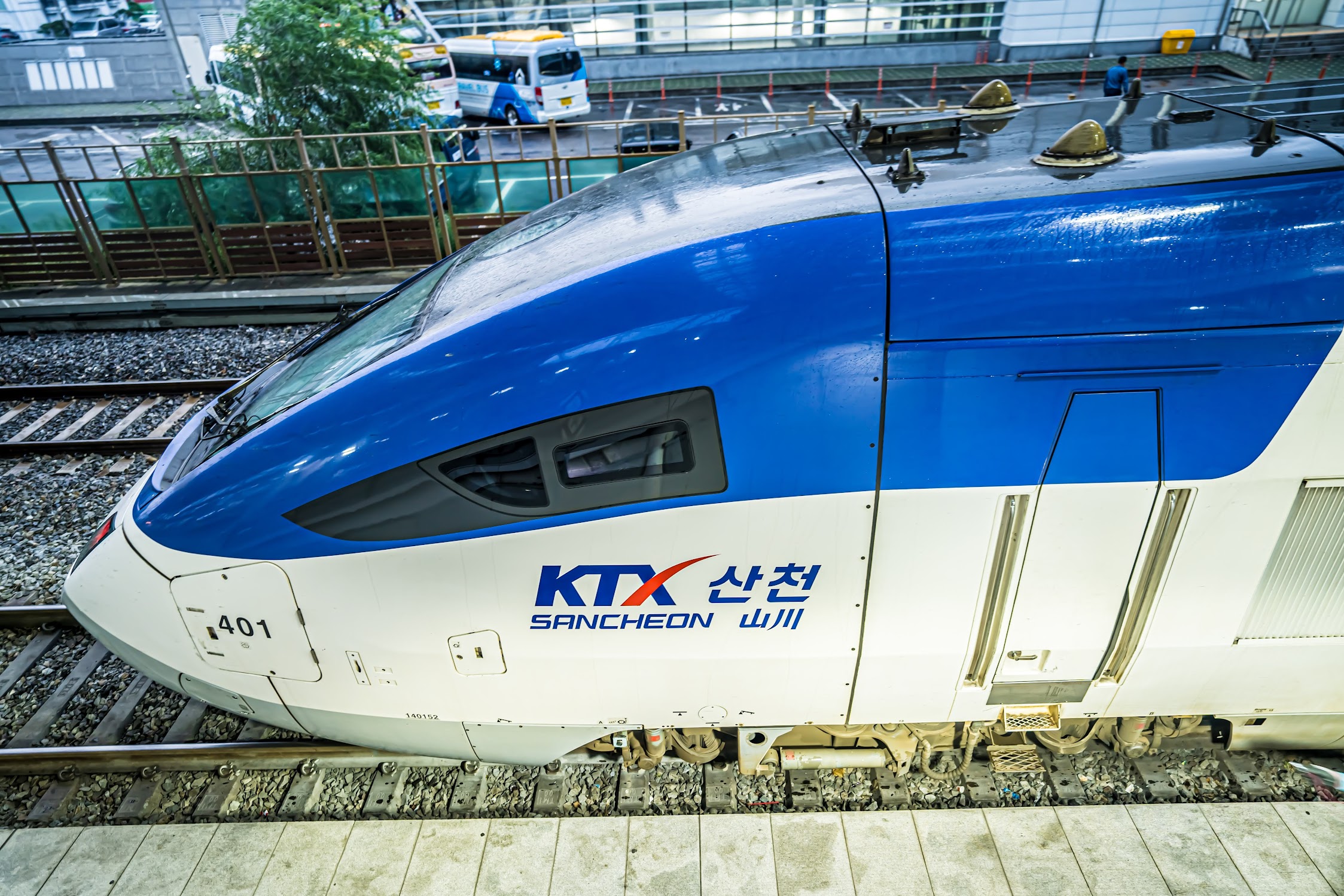 This round design came from masu salmon. 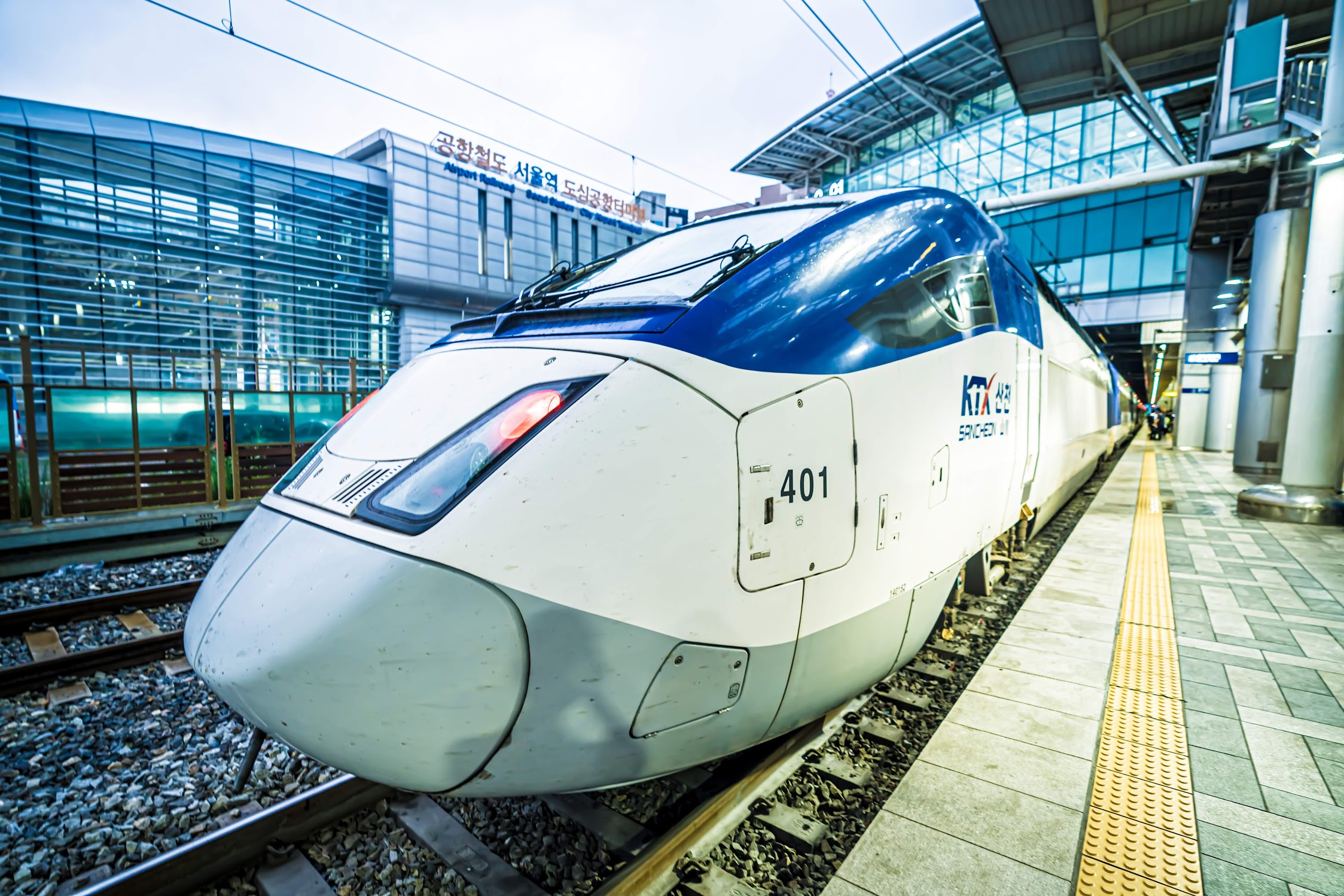 Another shot from the opposite direction. 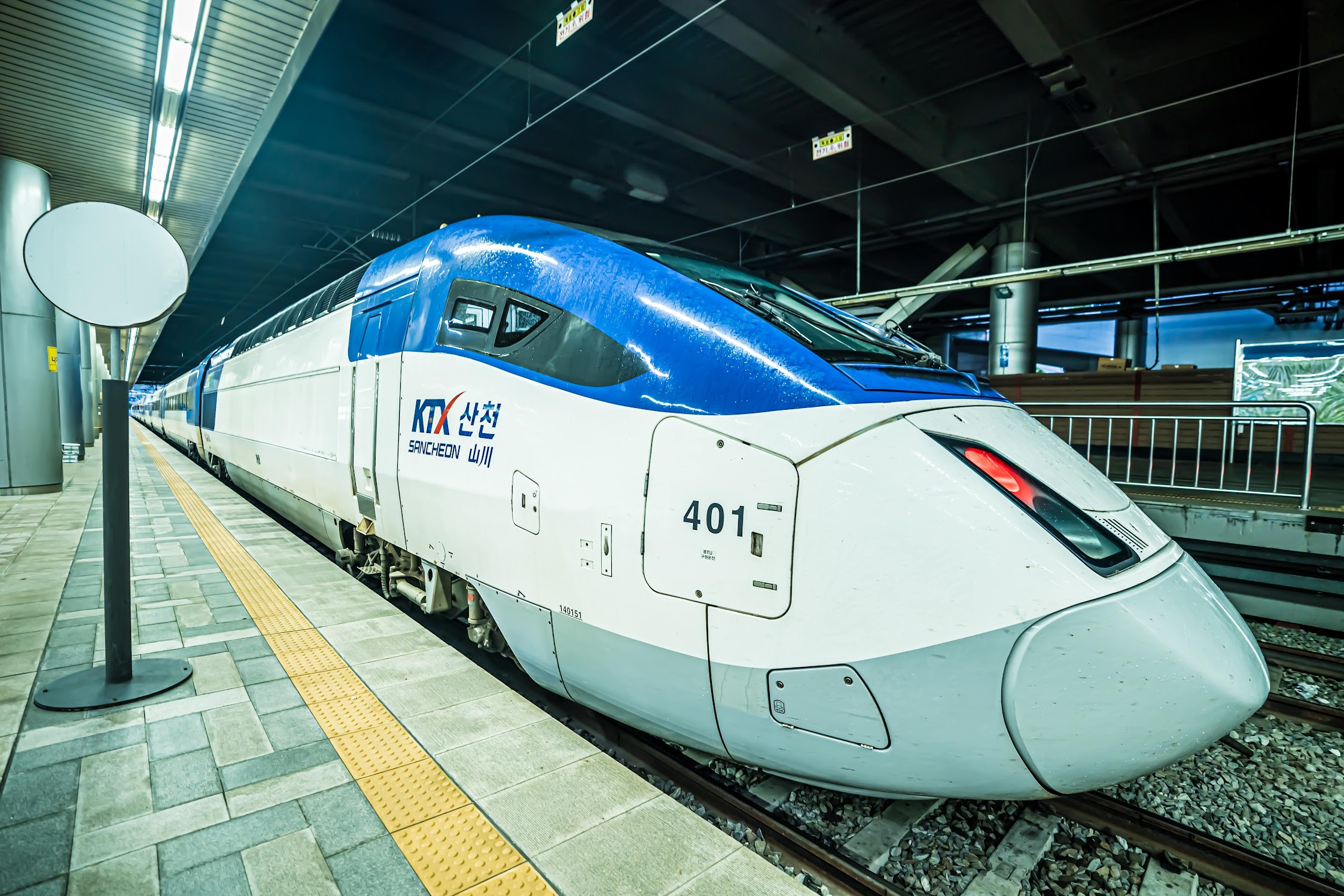 This red train is “ITX-Saemaul”. 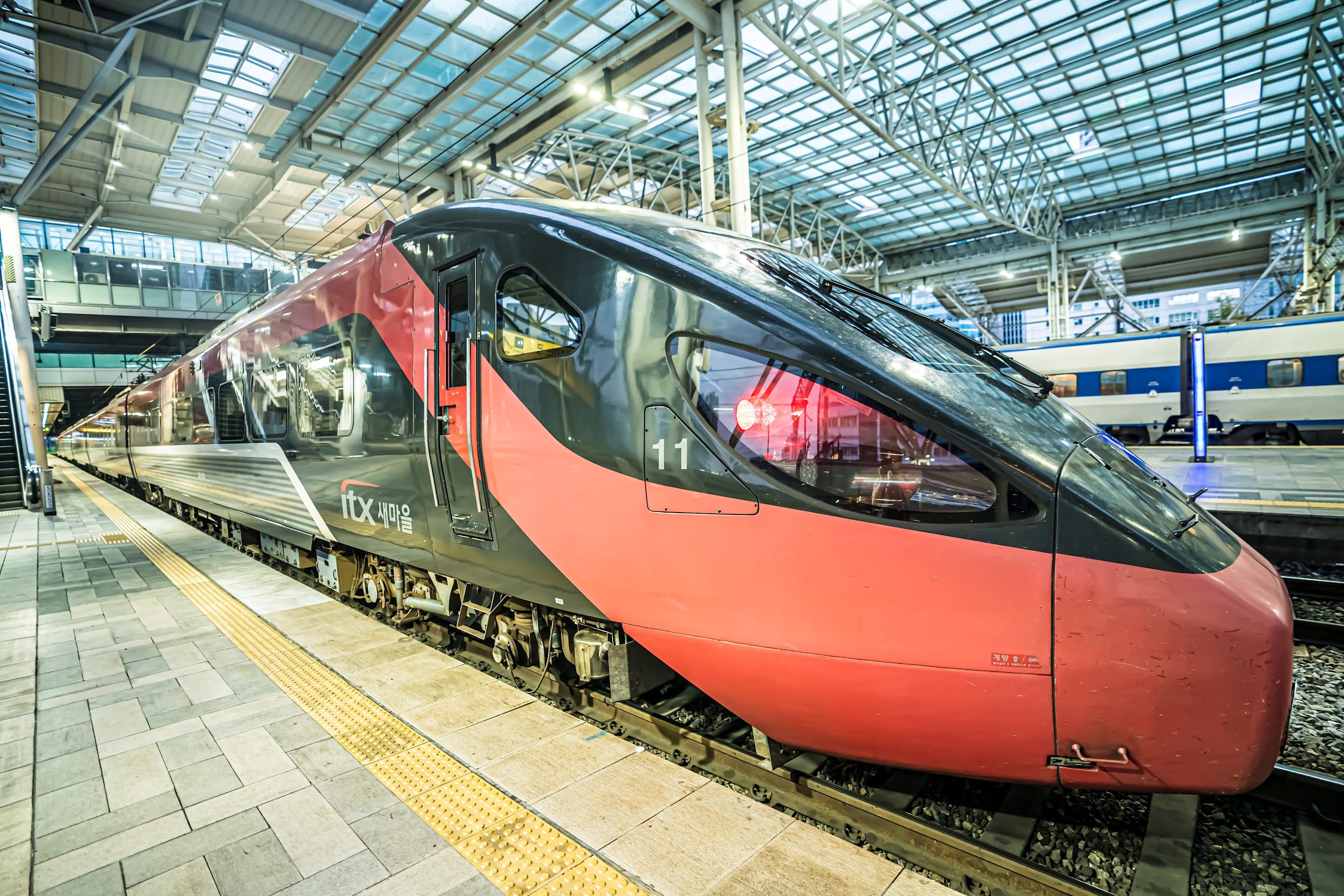 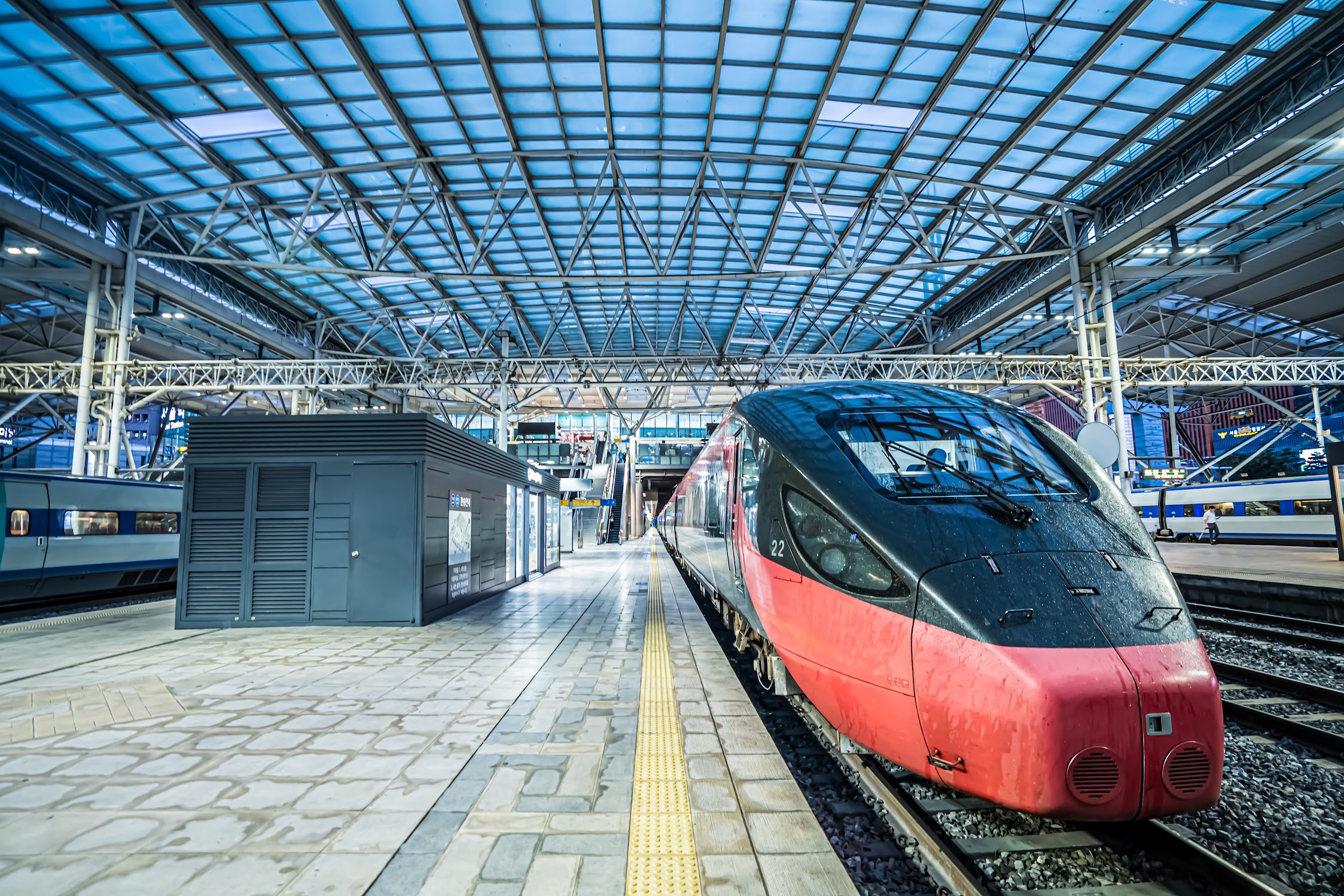 Personally, I like “ITX-Saemaul” the best among a variety of Korail trains. 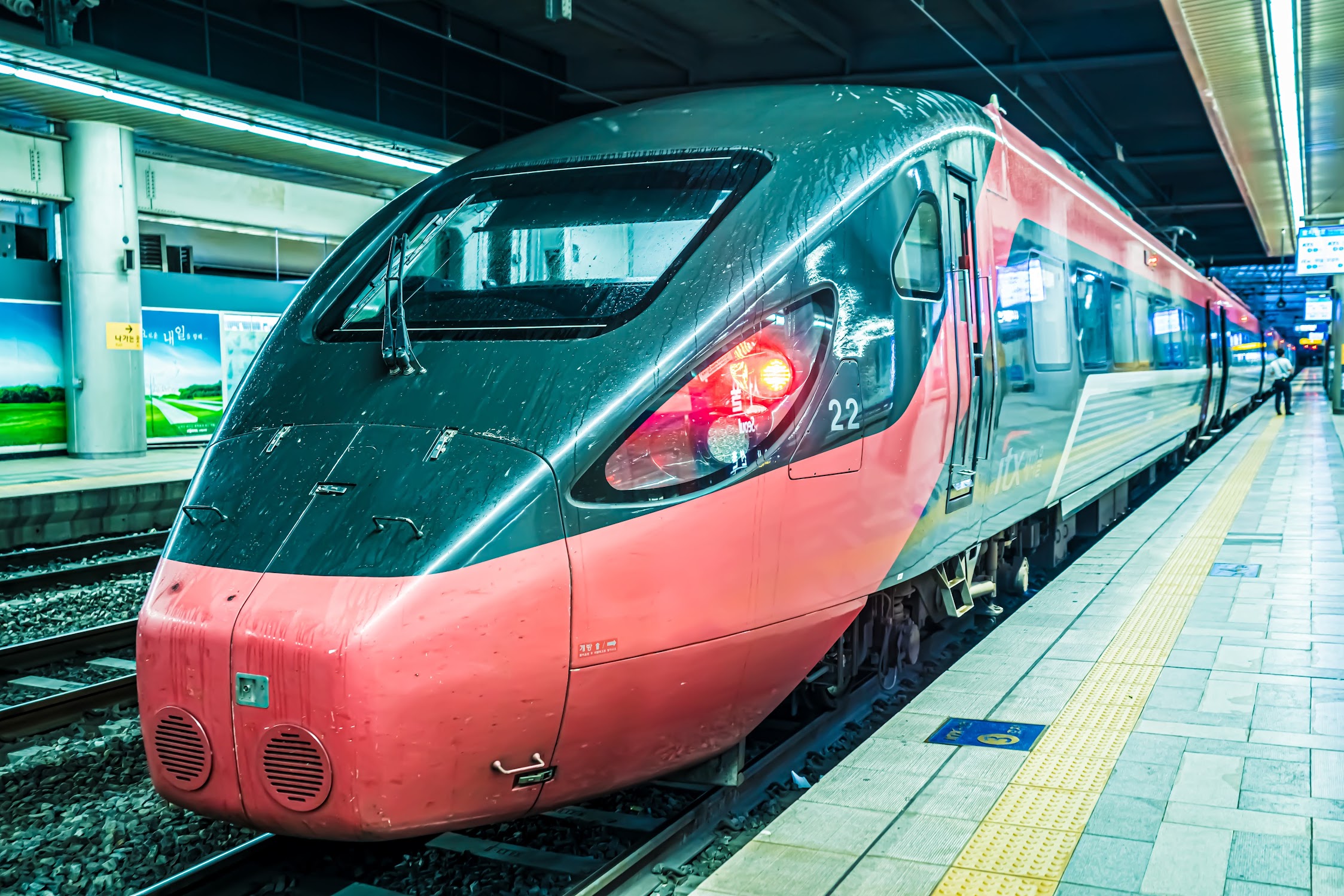 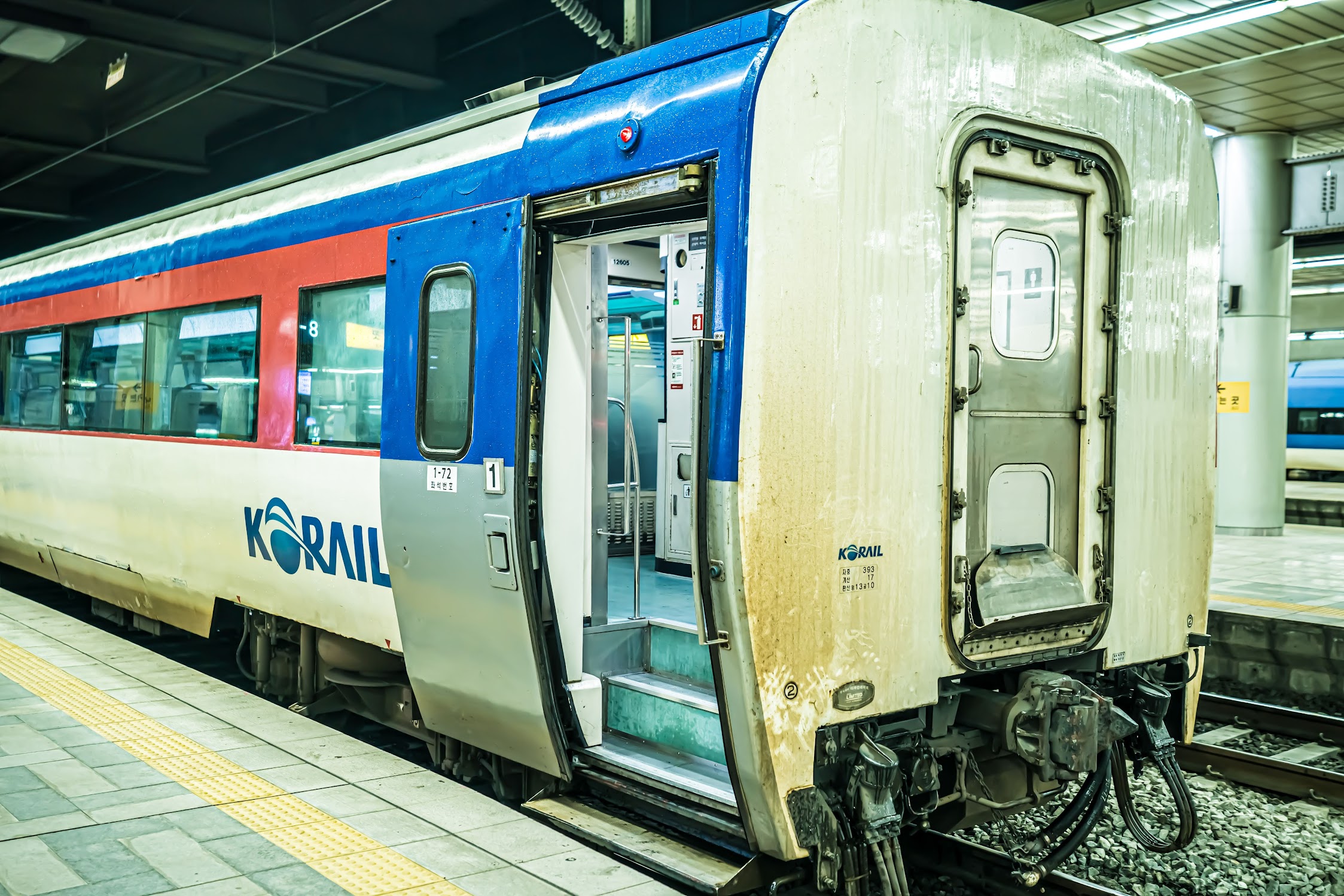 “Mugunghwa-ho” is a long-distance slow train and stops at almost every stations. 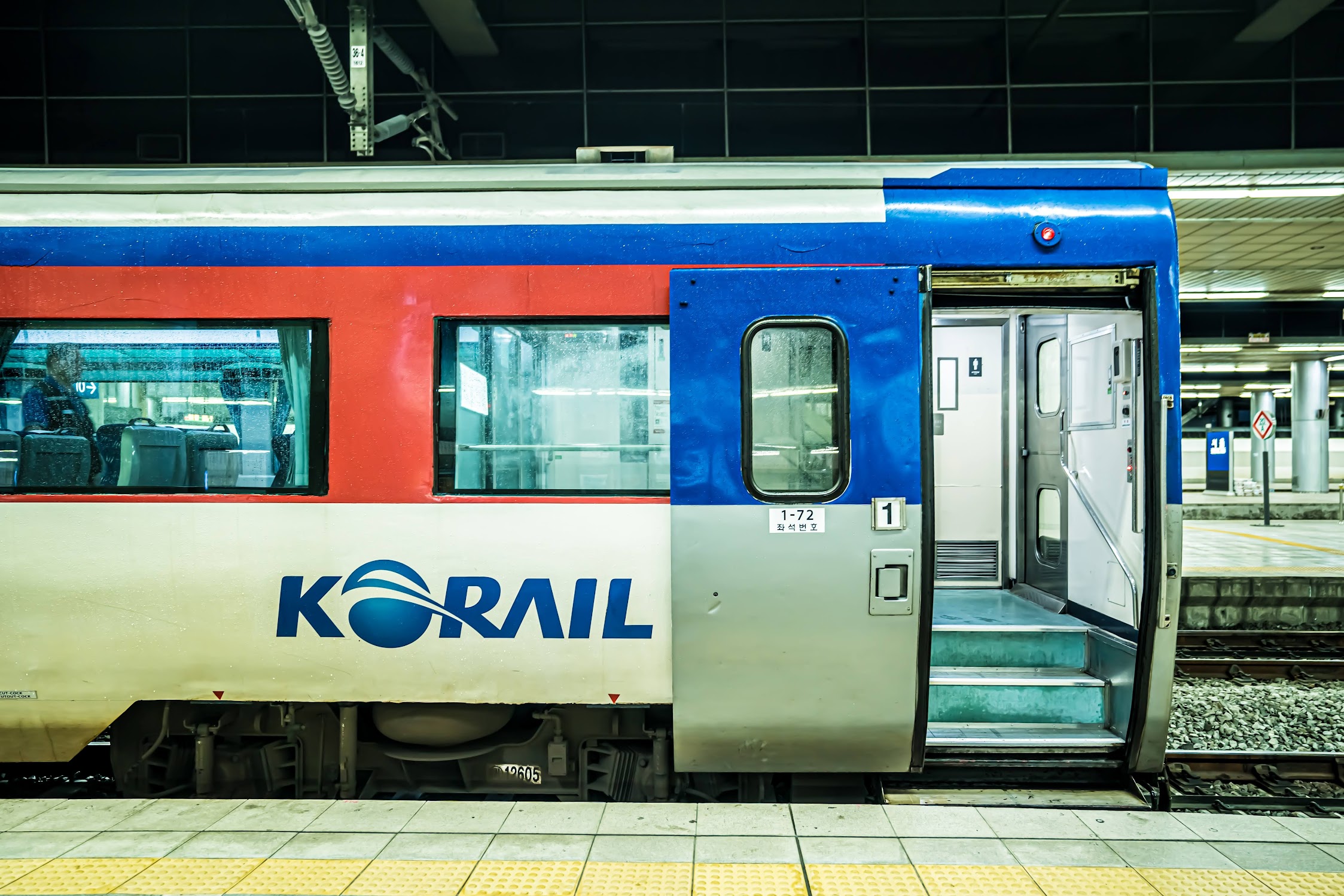 I hit on an idea that I will ride on the train for a second, but I determined not to do it for fear the train leaves the station 🙂 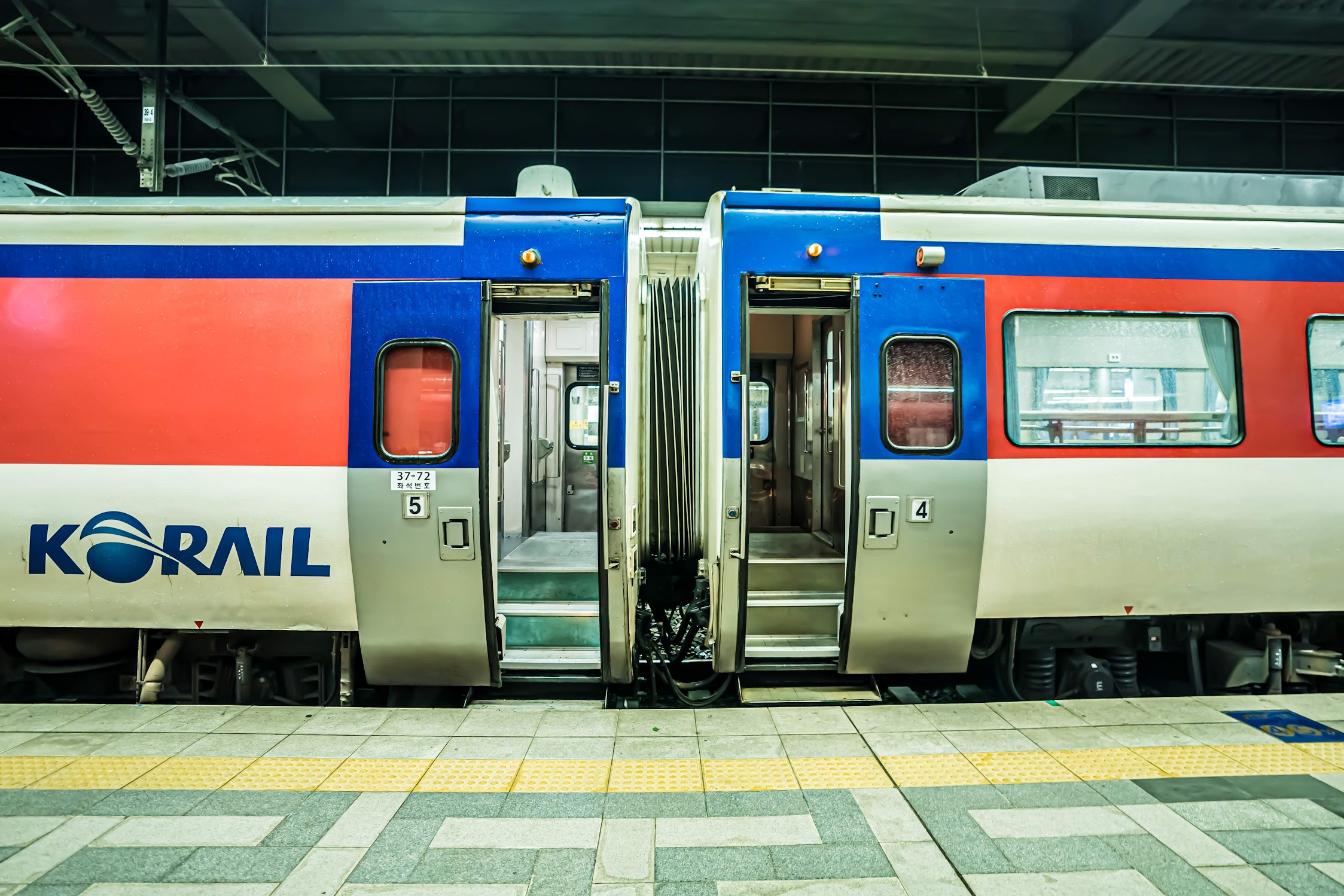 The train was led by an electric locomotive. 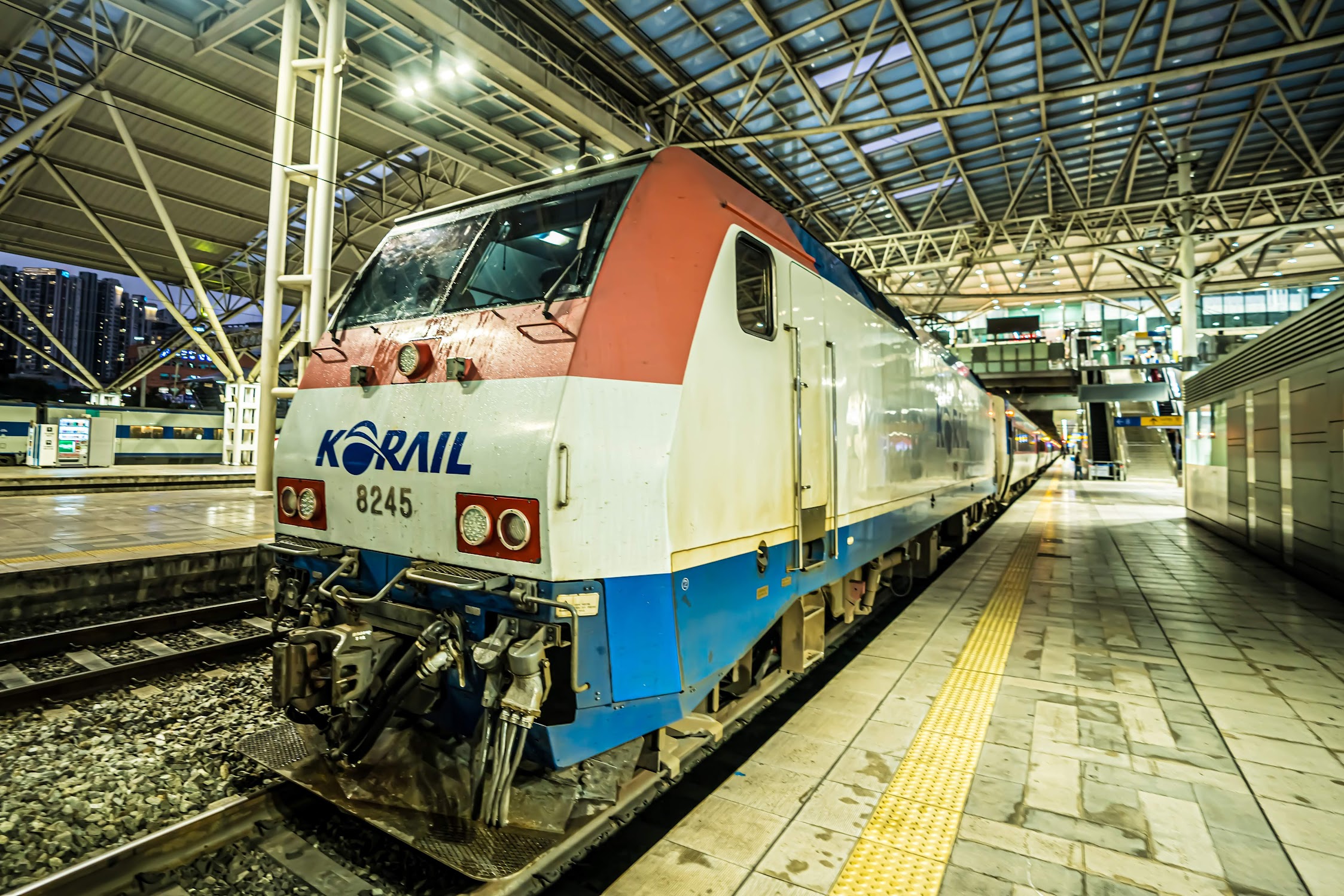 I took a photo of KTX that was approaching to the station. 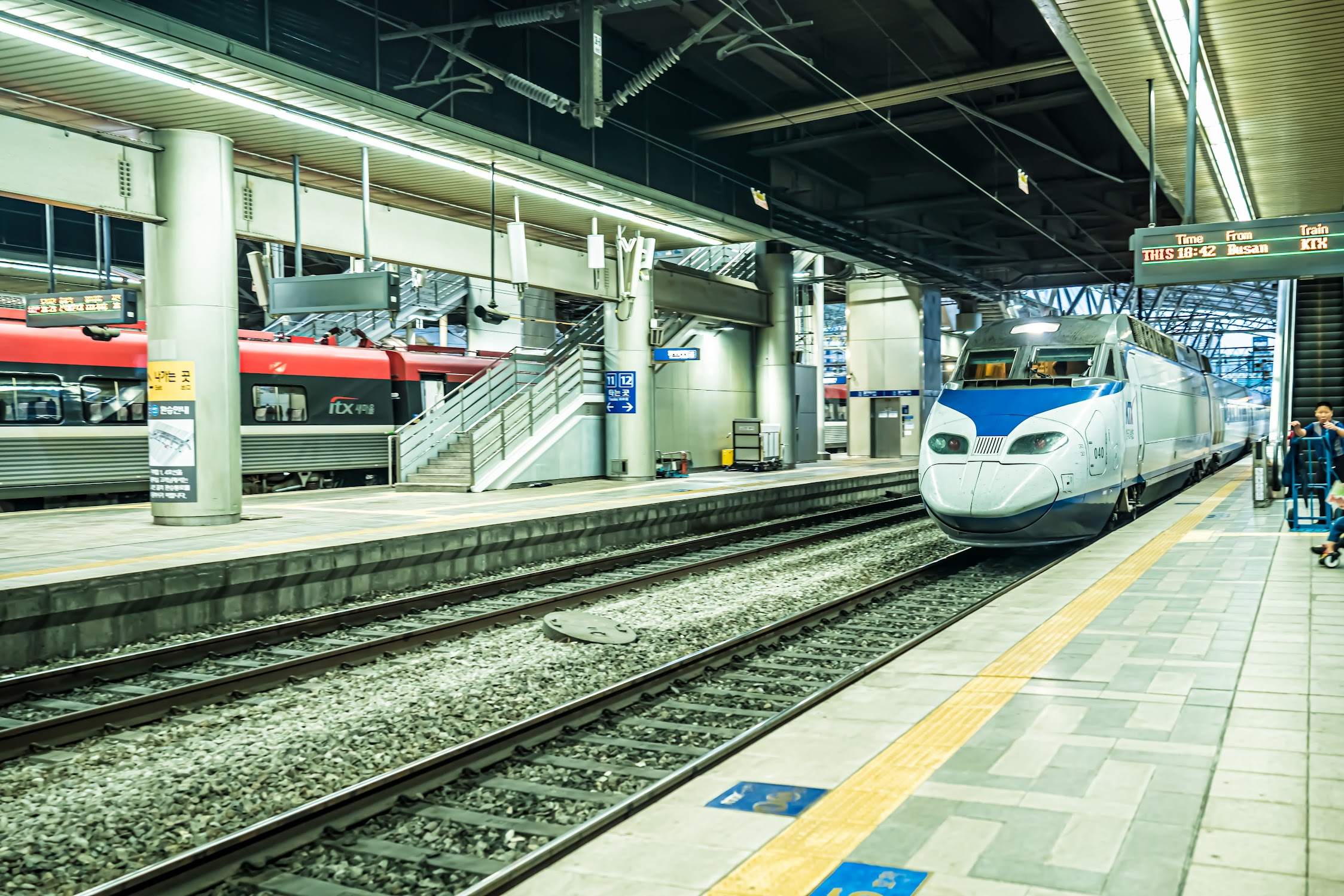 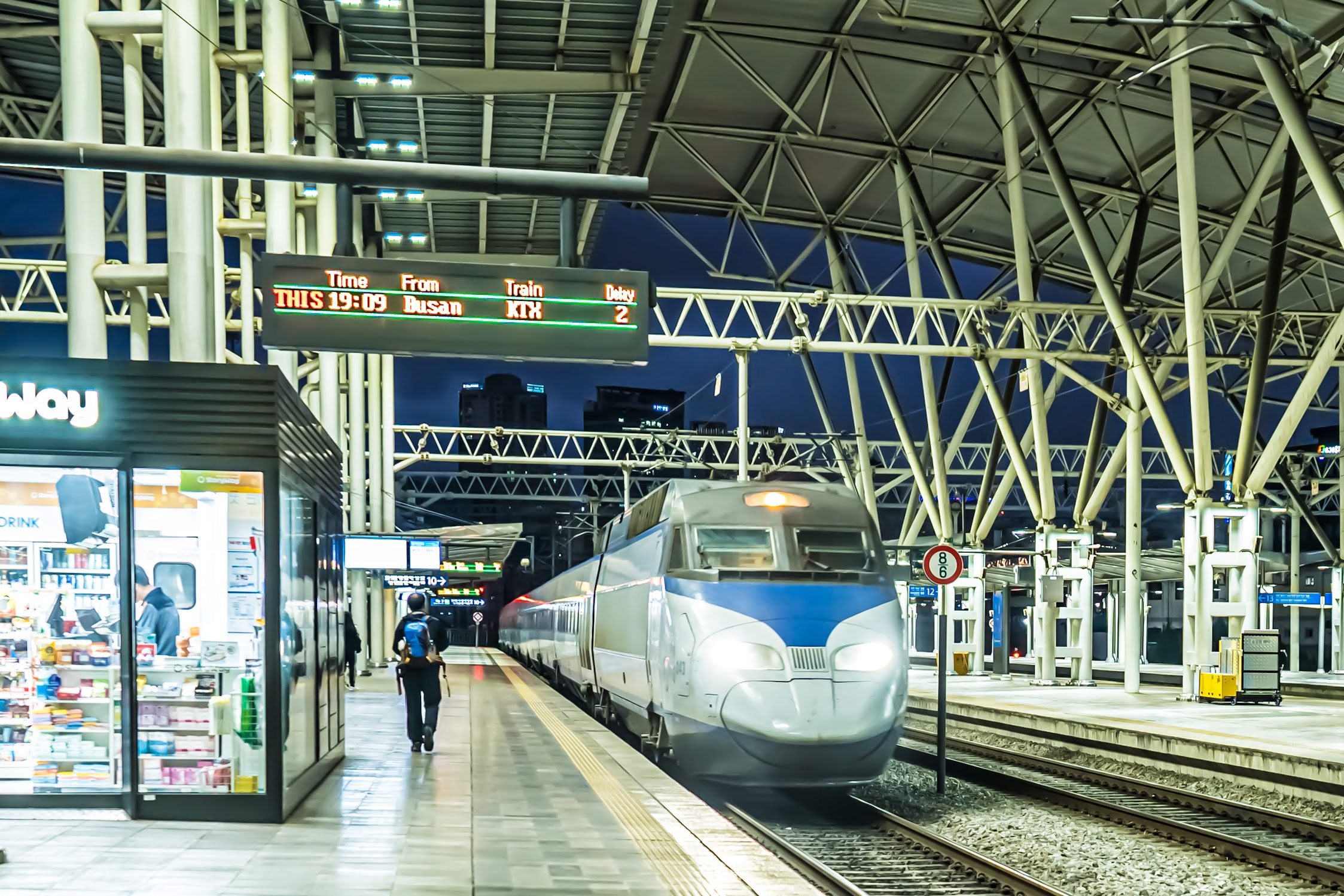 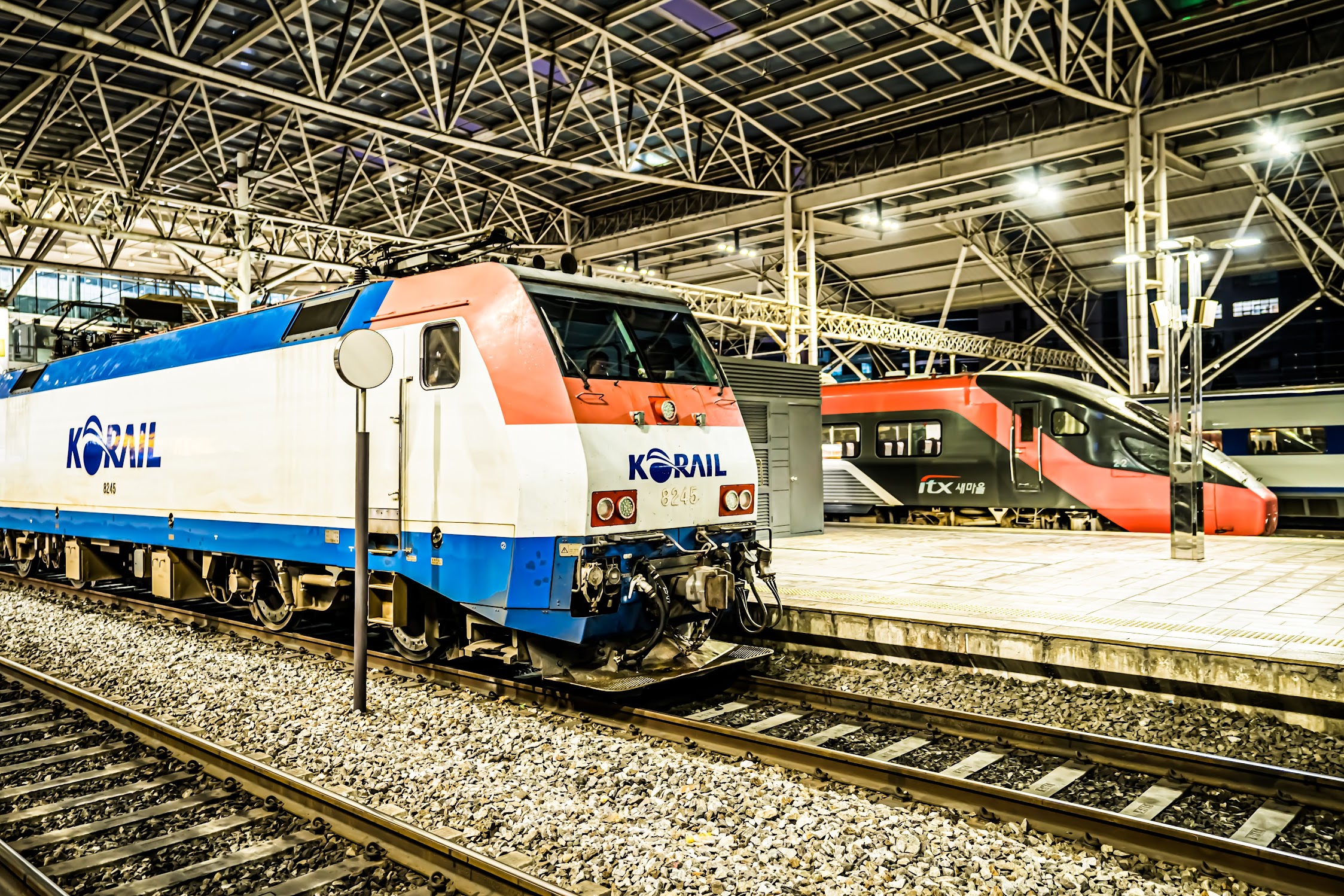 A connecting part of “Mugunghwa-ho”. 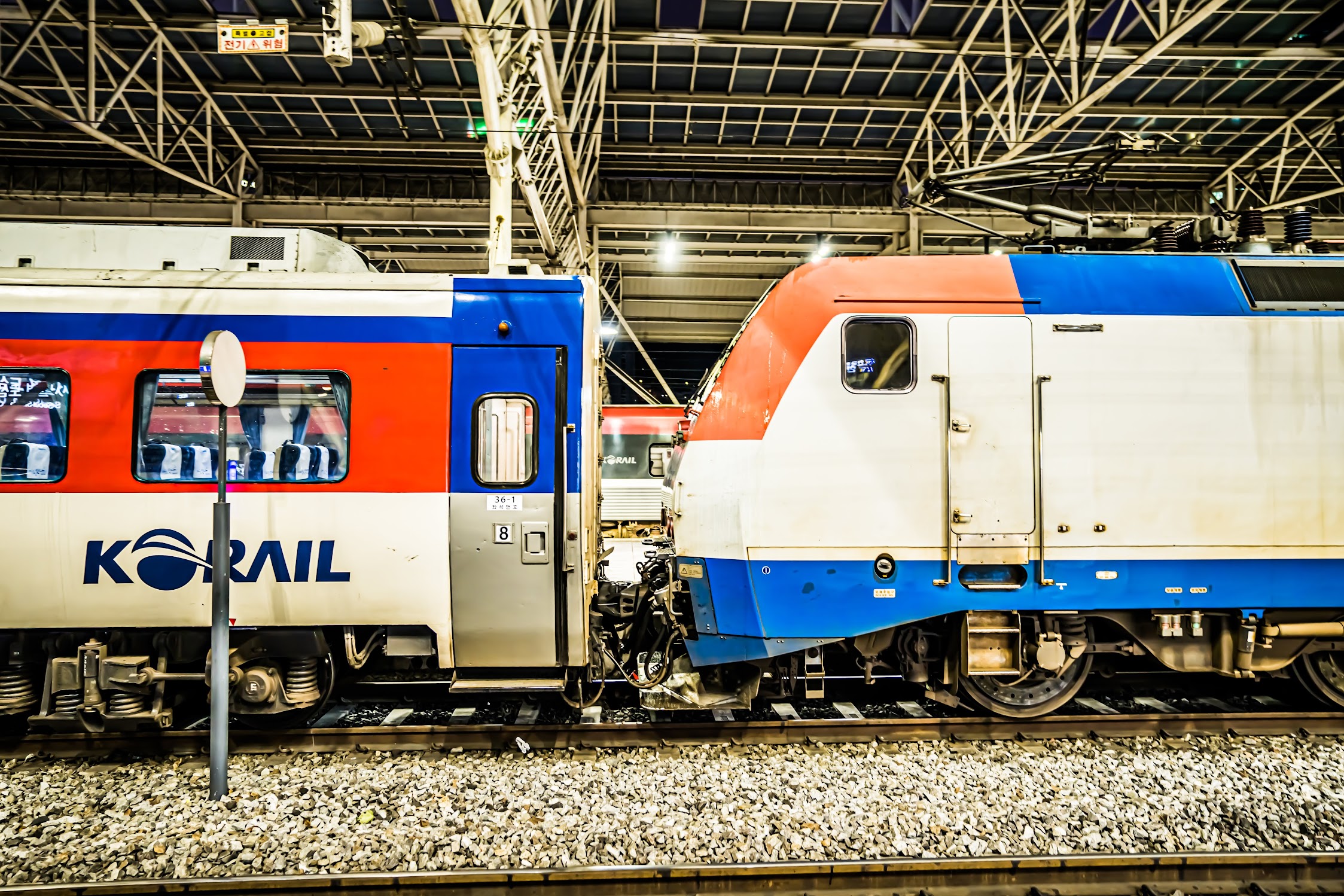 Now I will leave the platform. 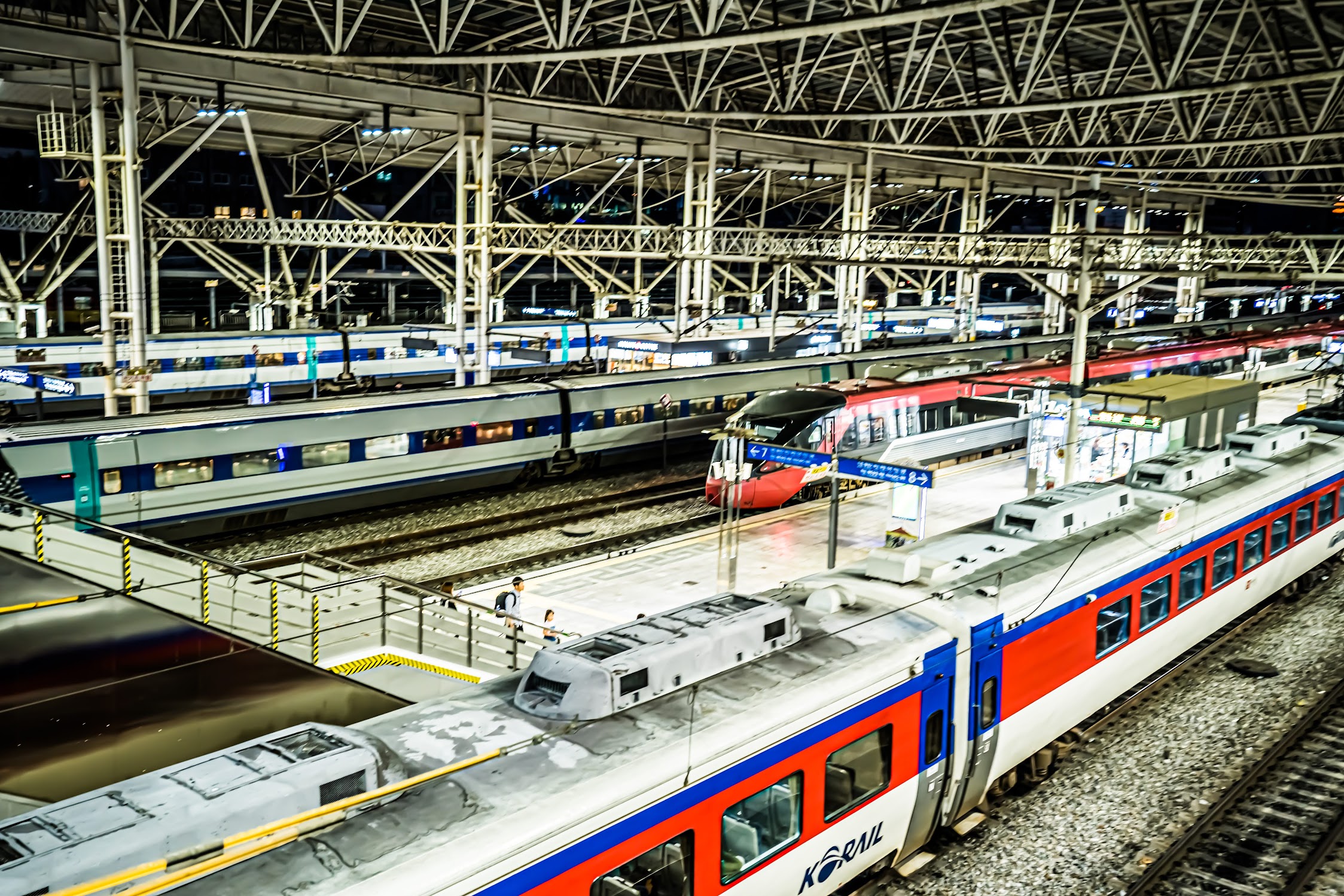 The final photo was taken at the commercial area. 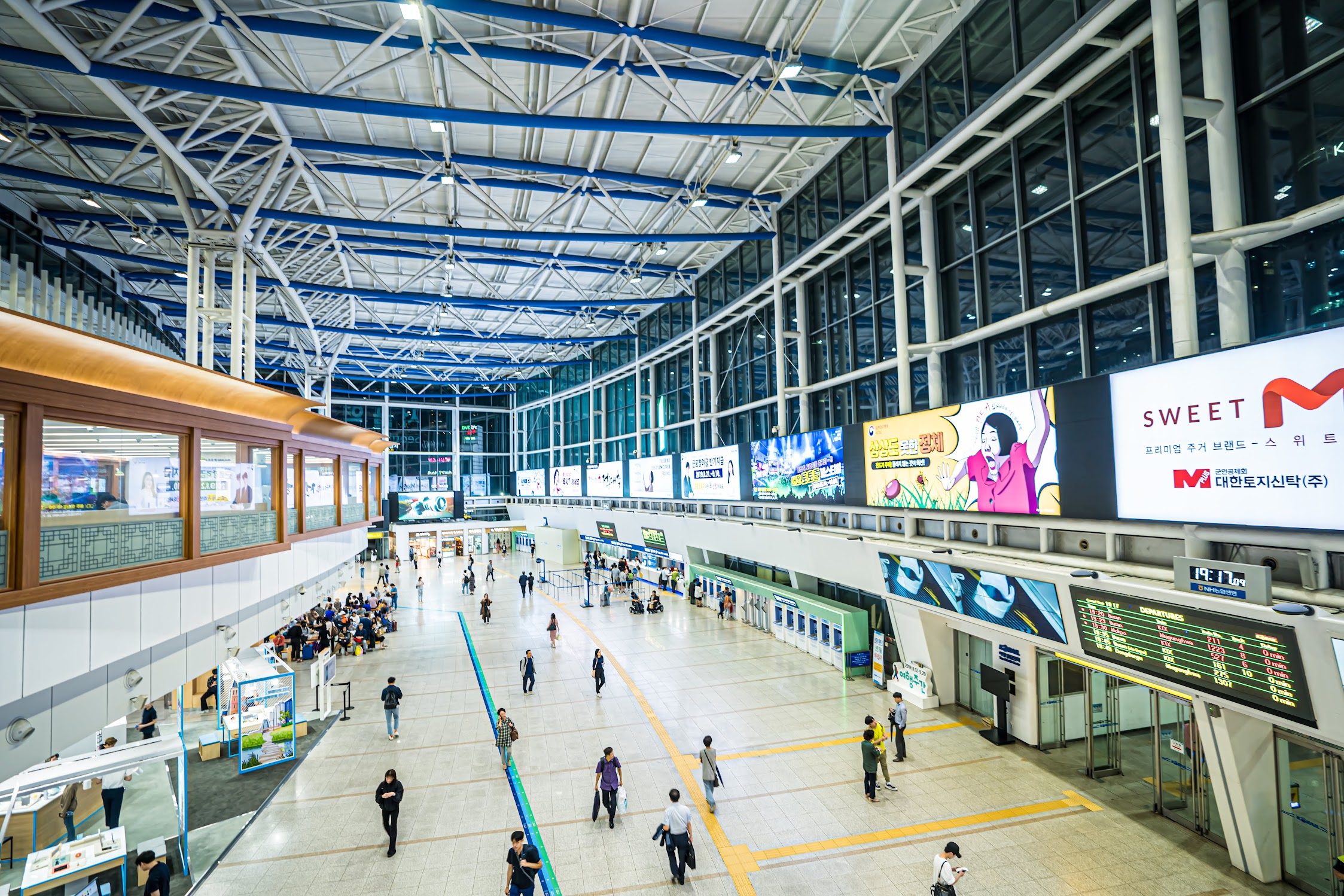 I went out of Seoul station. 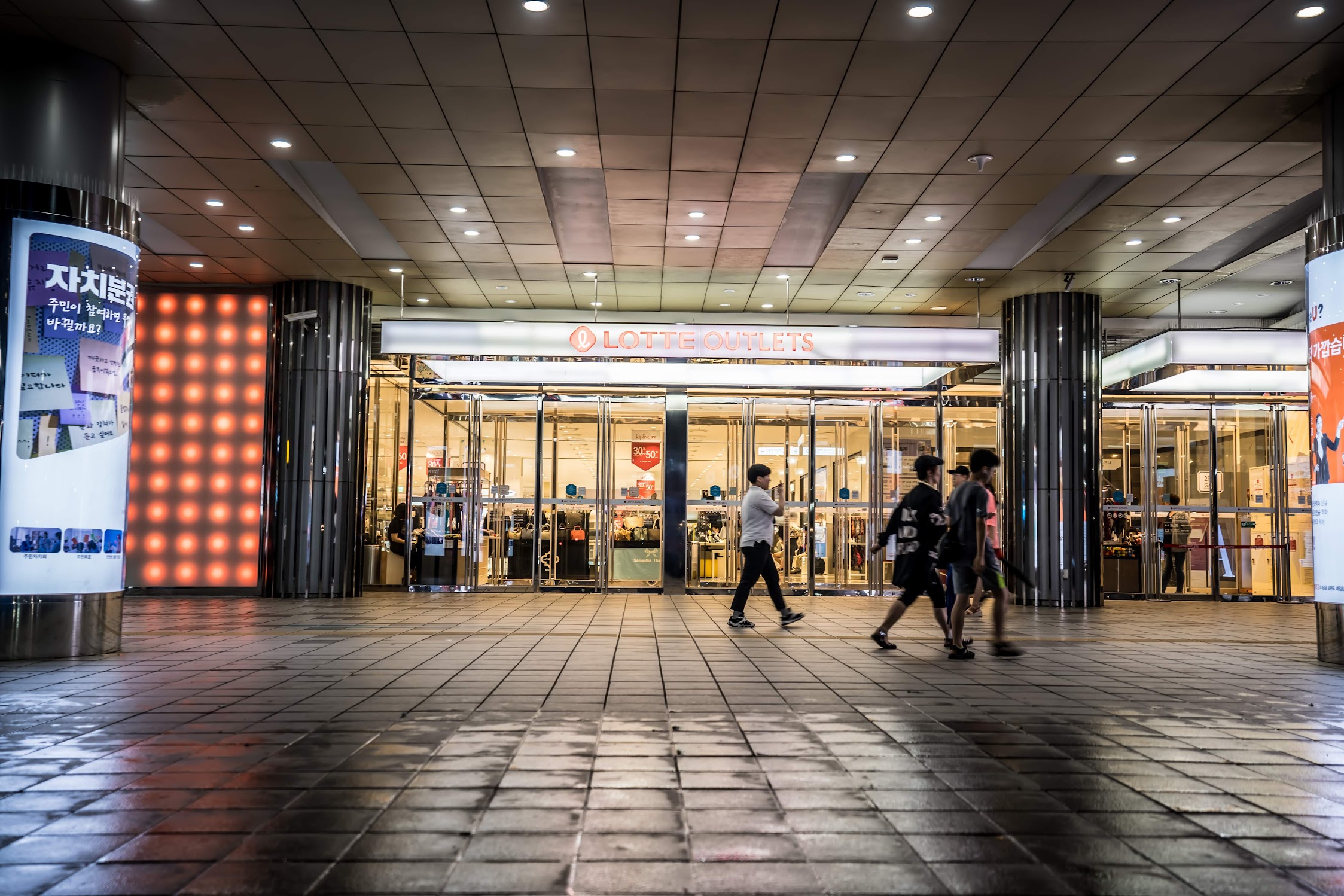 There were less people due to the typhoon. 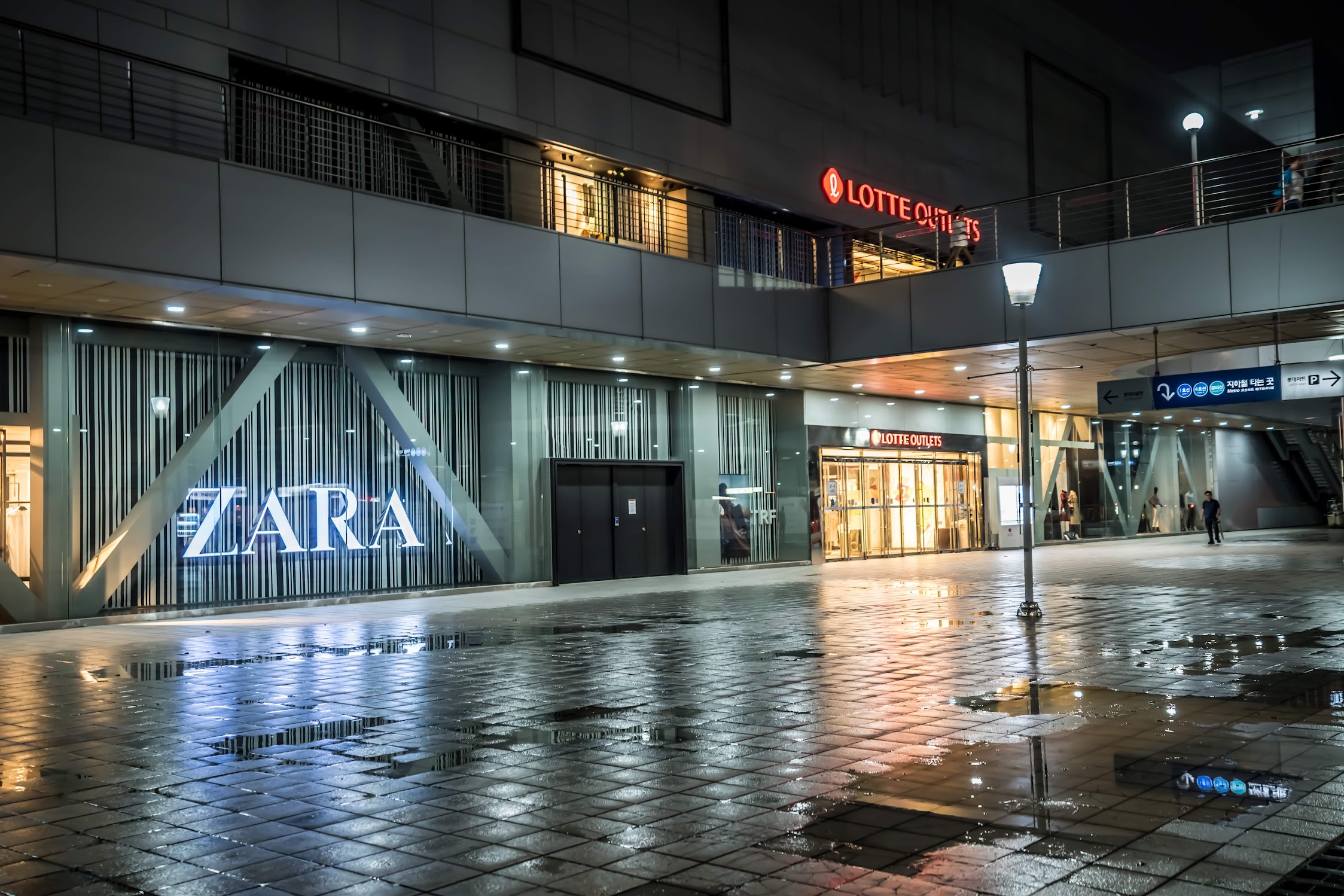 However, it stopped raining. 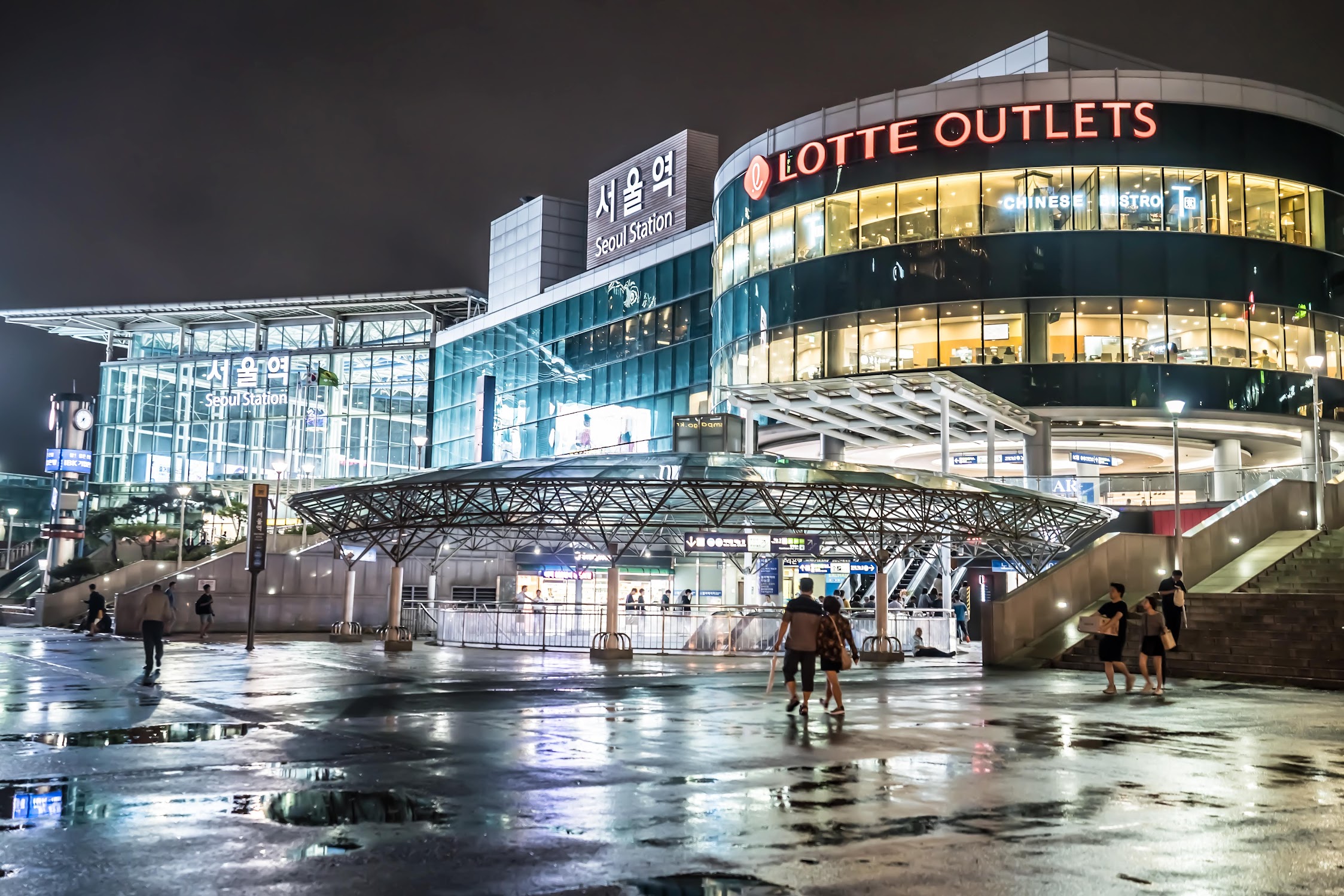 This red brick building is the former Seoul station. 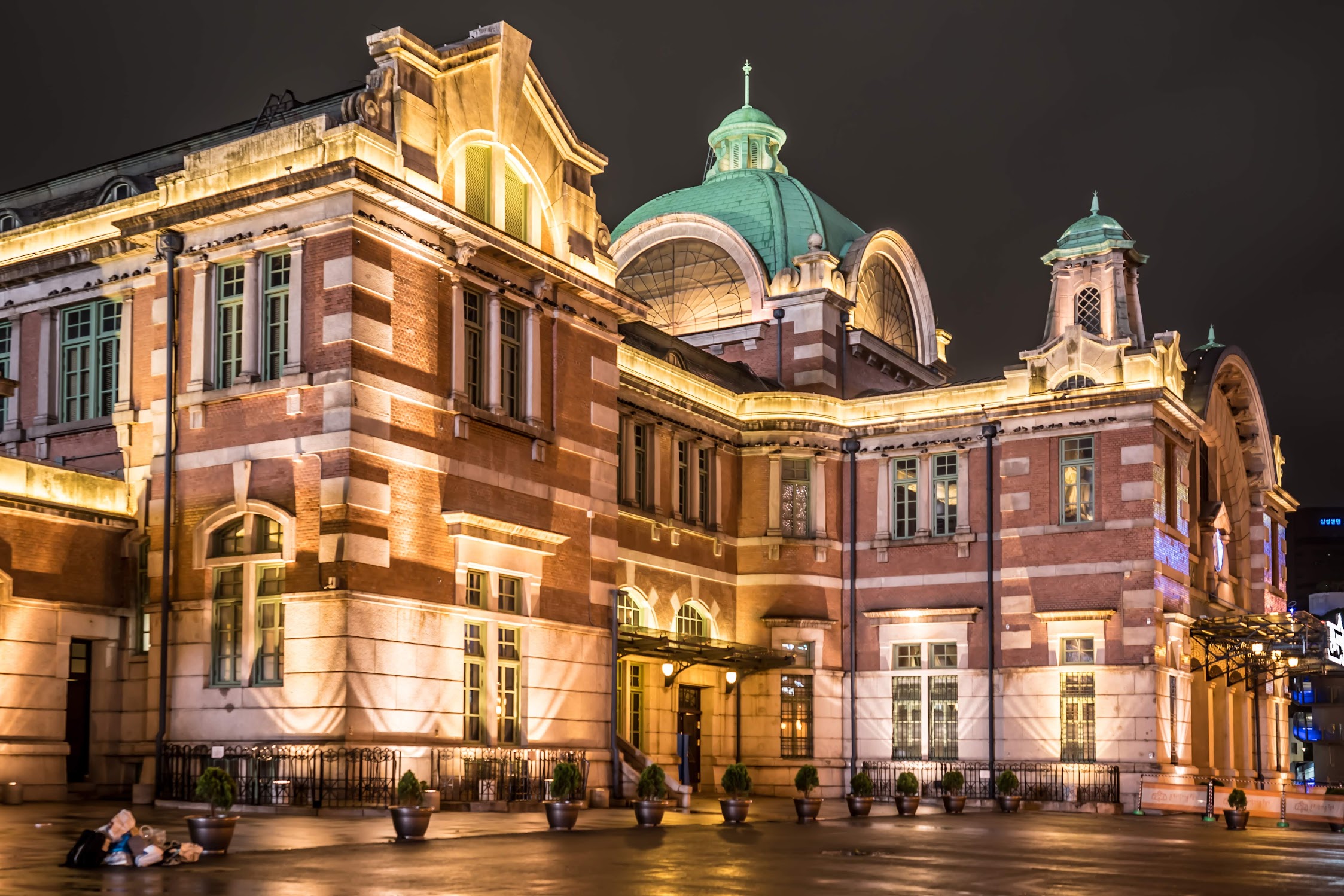 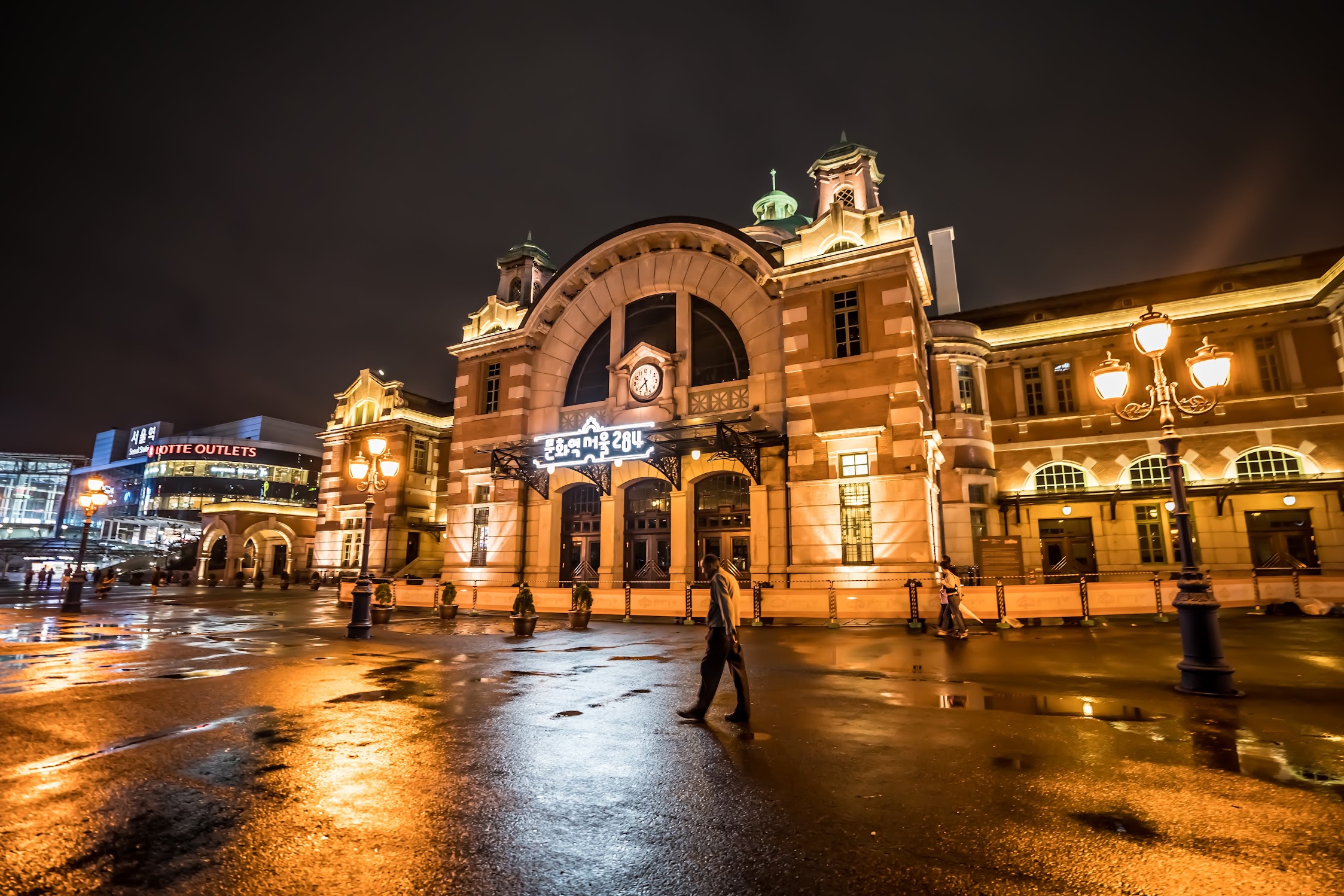 Visitors are able to watch inside during the day, but now it was closed. 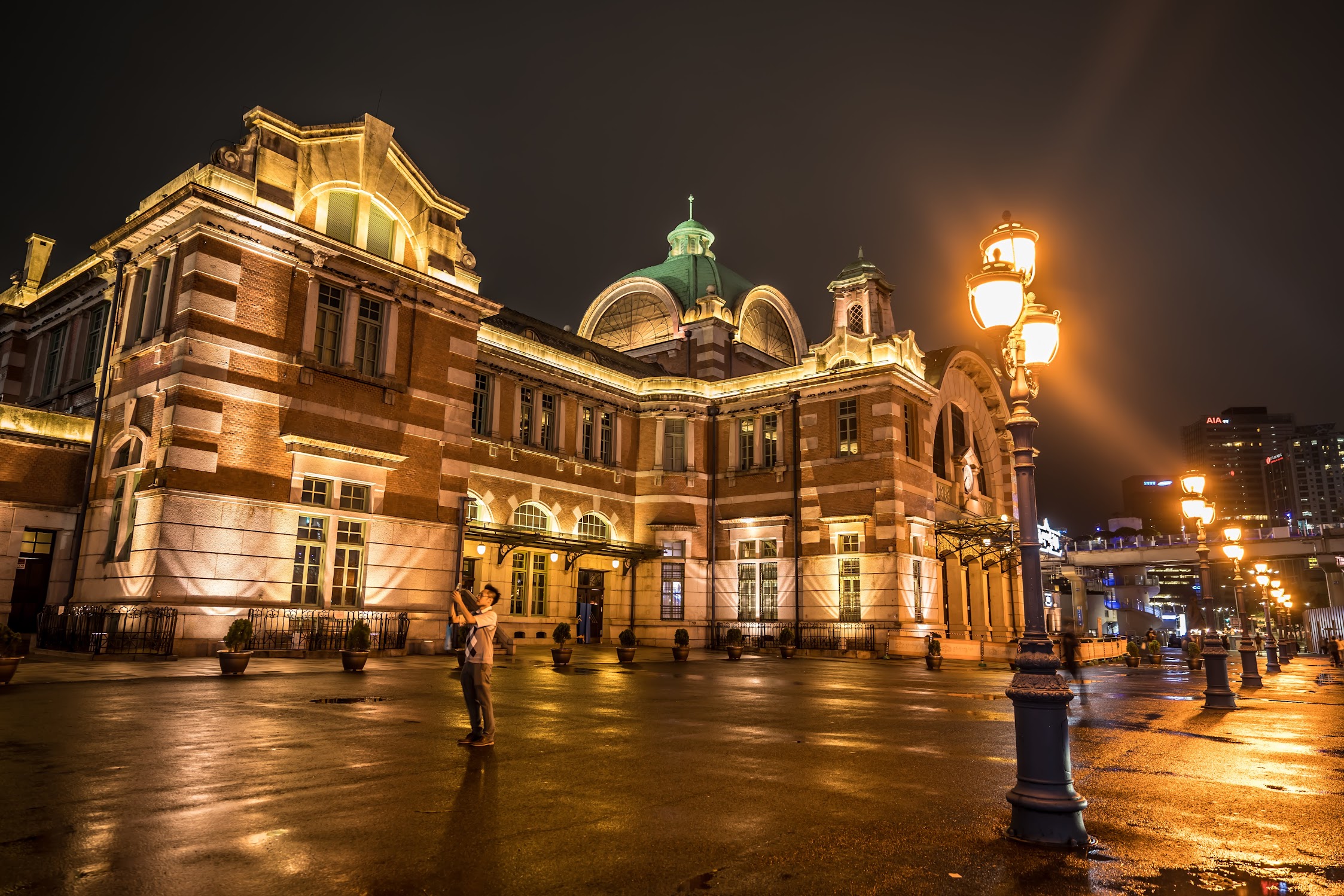 Also, there was a walkway called “Seoullo 7017” and visitors were able to enjoy its light-ups, but unfortunately the walkway was closed due to the typhoon.

Today, the typhoon caused me to change my itinerary including a sudden closing of “Gyeongbokgung Palace” (see the related article). Anyway, the third day of South Korea Seoul trip was over. 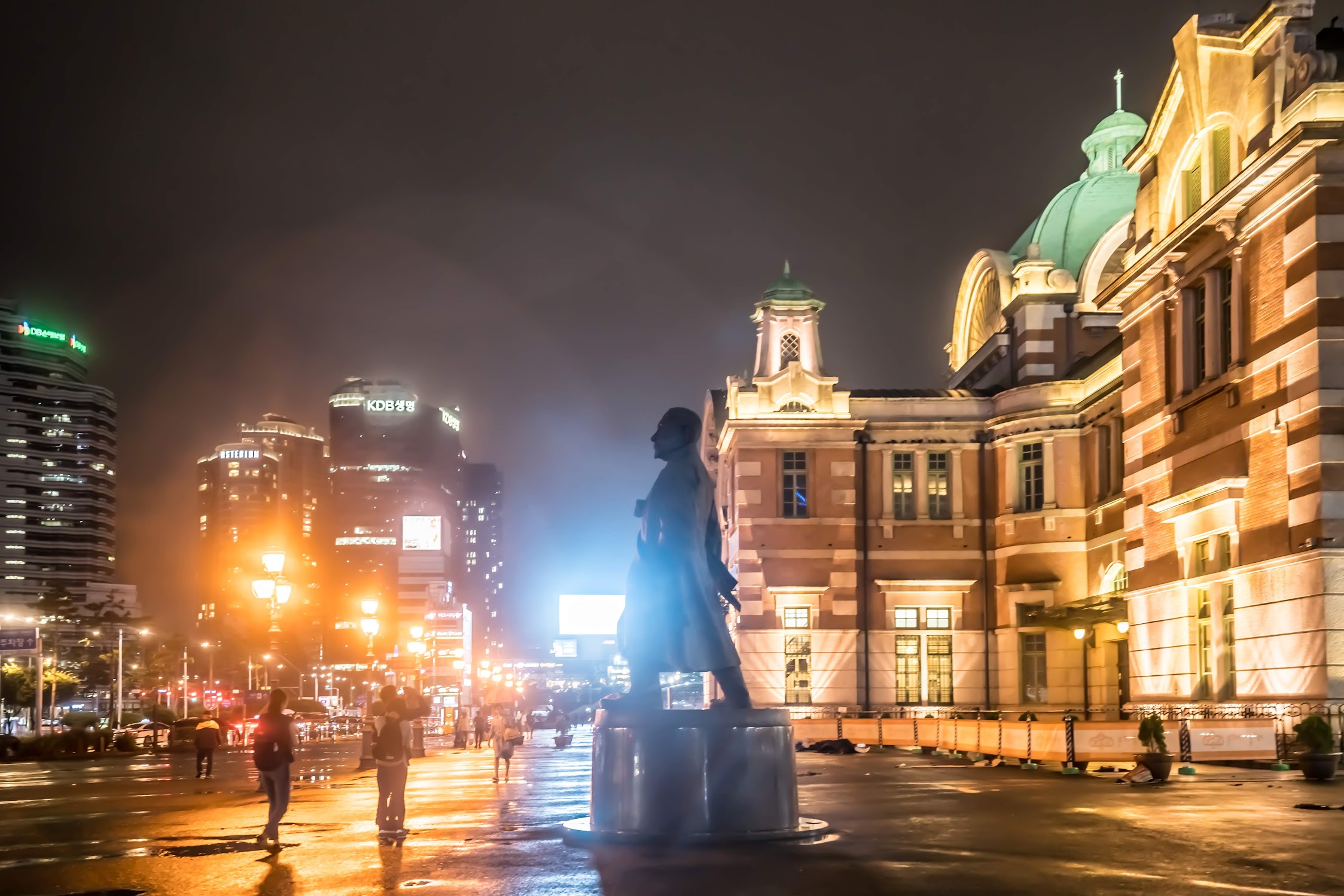 That’s it for the article about evening scene at Seoul Station as part of Day 3.

At first, I planed to mainly take evening photos of “Seoullo 7017”, but I couldn’t do that due to the typhoon. However, a variety of trains arrived at and departed from Seoul station and I enjoyed train photos. So, I think it’s all for the best 🙂

In the next article, I will write about Coex Aquarium and Starfield Library as part of Day 4.