I traveled to Seoul, South Korea, in early September. Although I was not blessed with weather at all, I enjoyed the trip as the food was delicious and people were kind. In this article, I will write about evening scene in Lotte World as part of Day 4. Lotte World Mall and Lotte World Tower were lighted up in the evening, so its night view was beautiful.

Following the previous post, I will continue to go around Lotte World. Although the weather was not good, I will go up to “Seoul Sky”, the observation deck of Lotte World Tower. 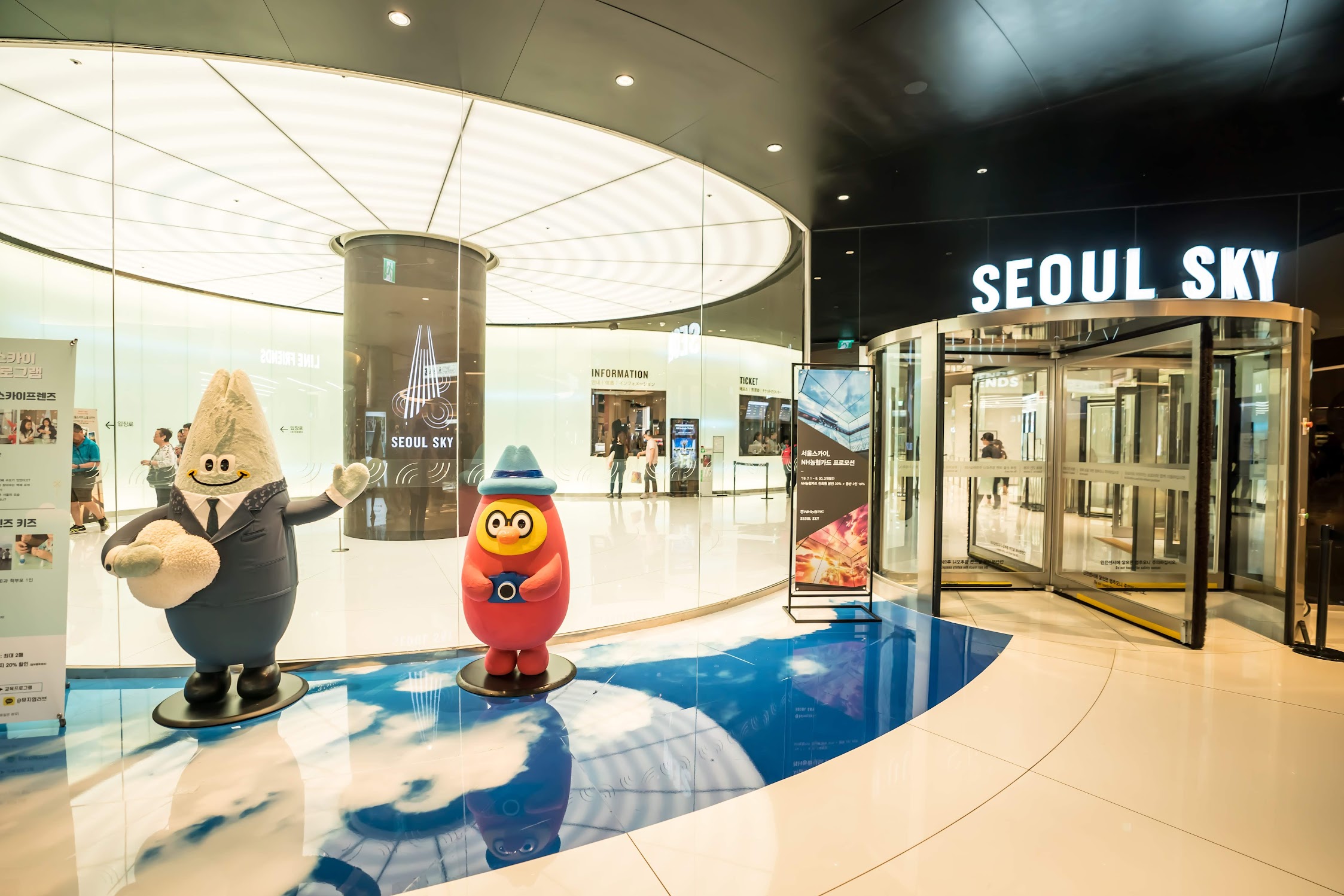 Lotte World Tower is a 123-floor and 555-meter skyscraper and was opened in 2017. Lotte World Tower includes a large shopping mall “Lotte World Mall” on the lower floors and a luxury hotel “Signiel Seoul” between 76th and 101st floor. And the observation deck “Seoul Sky” is located between 117th and 123rd floor.

I bought a ticket on the first basement and moved to the elevator to go up to the observation deck. 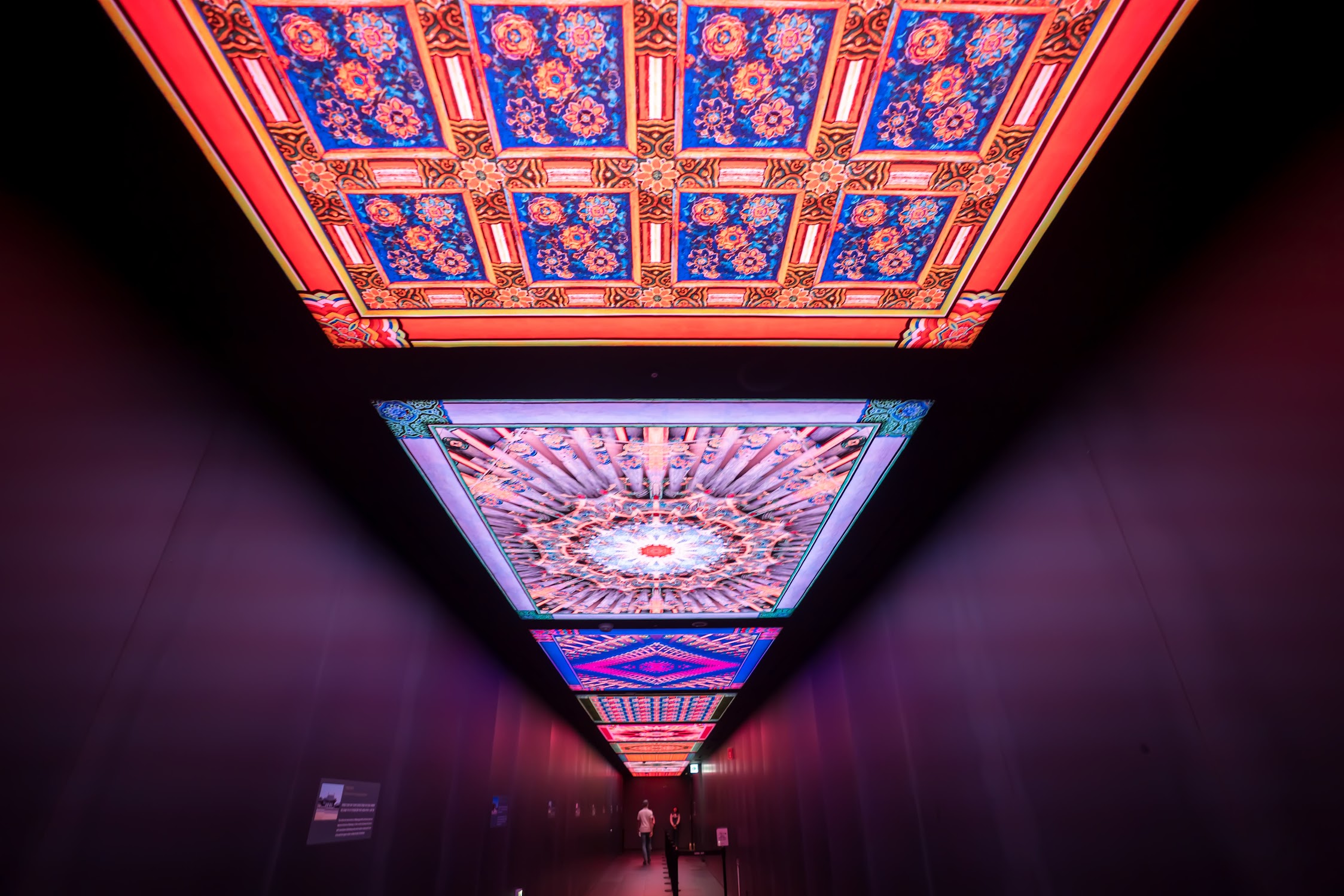 The elevator called “Sky Shuttle” had monitors on the wall as well as the ceiling. 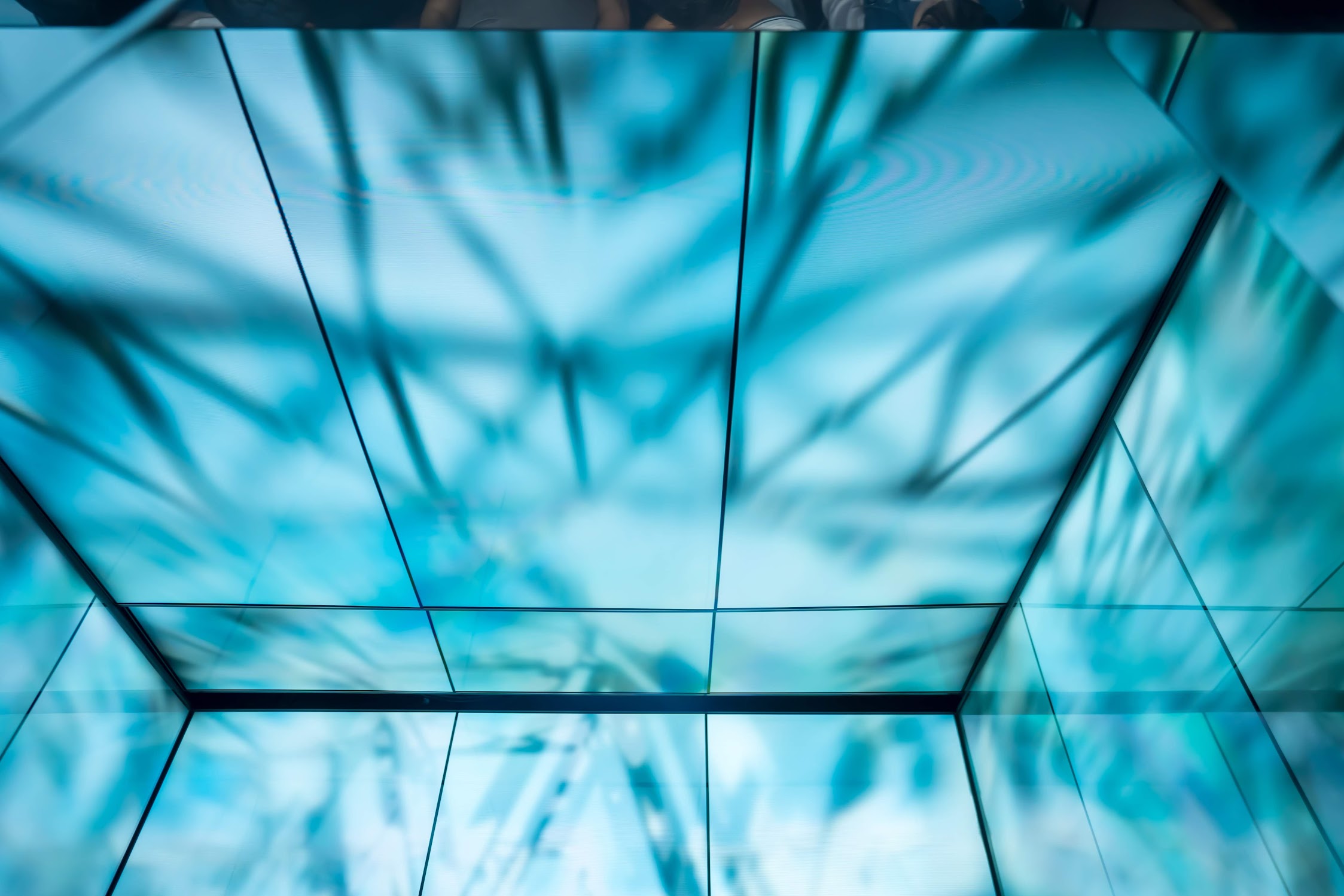 After I arrived at the observation deck, a video was aired first. 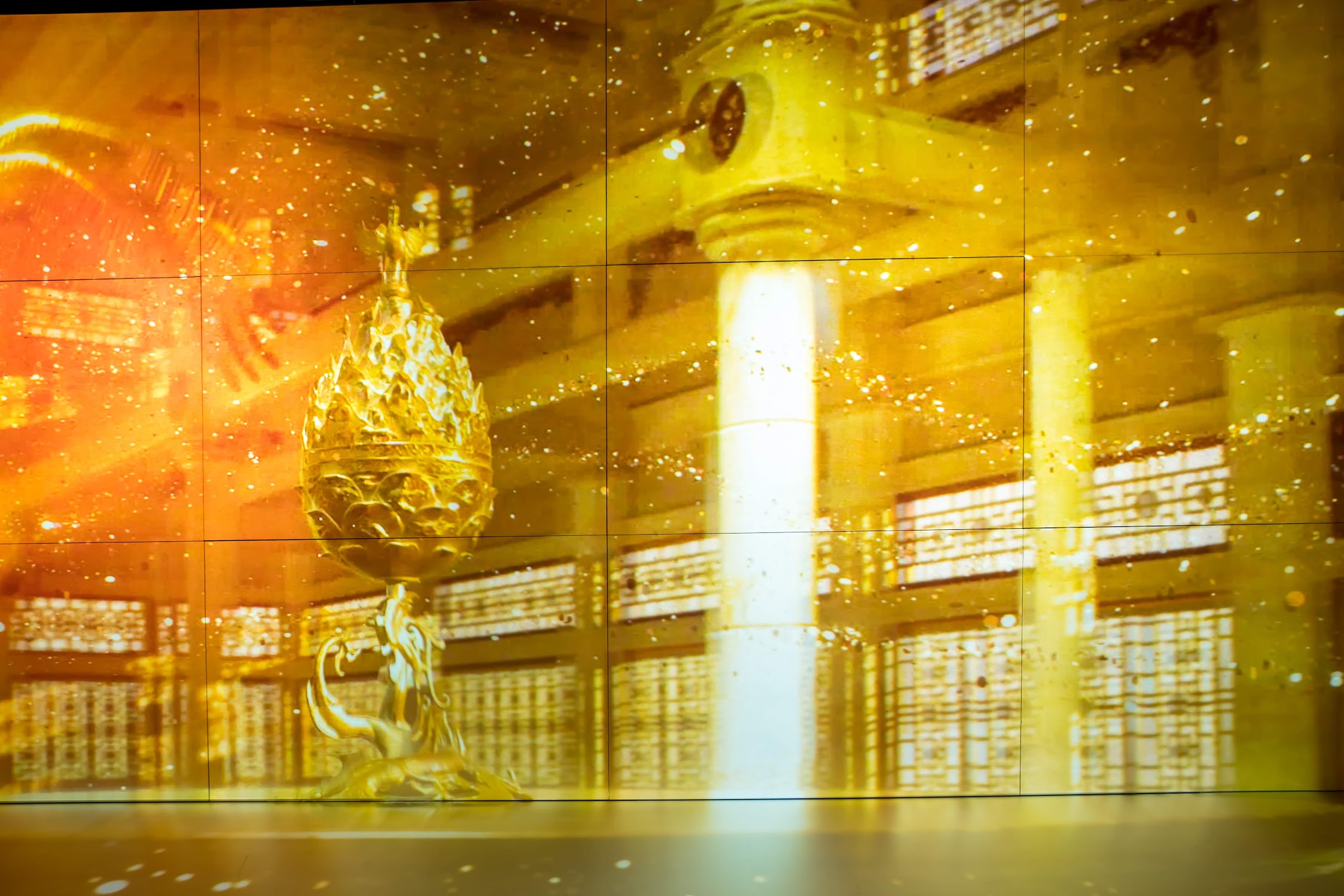 If it had been sunny, I would have been able to enjoy such a blue sky. 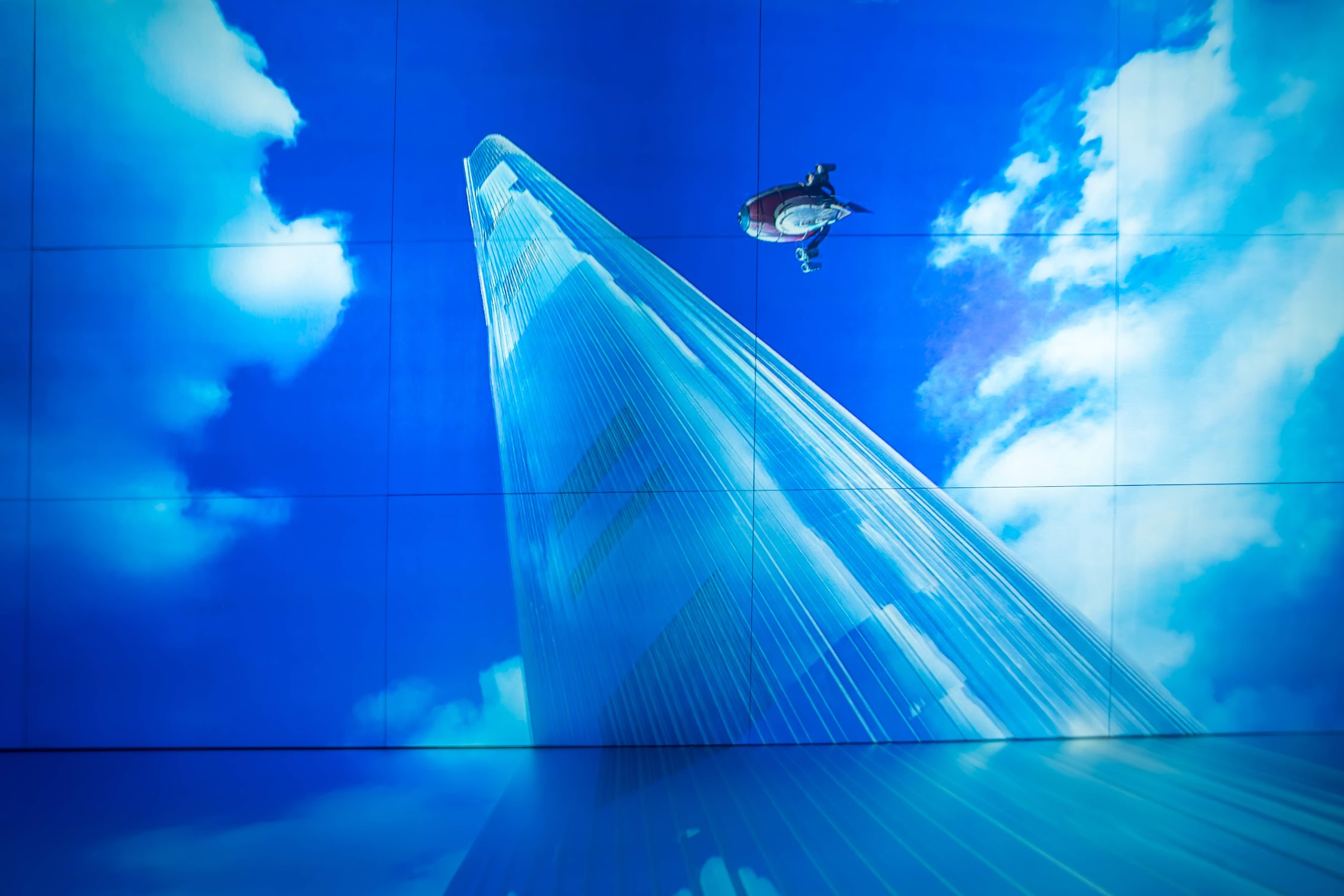 The image was more impressive than I expected. 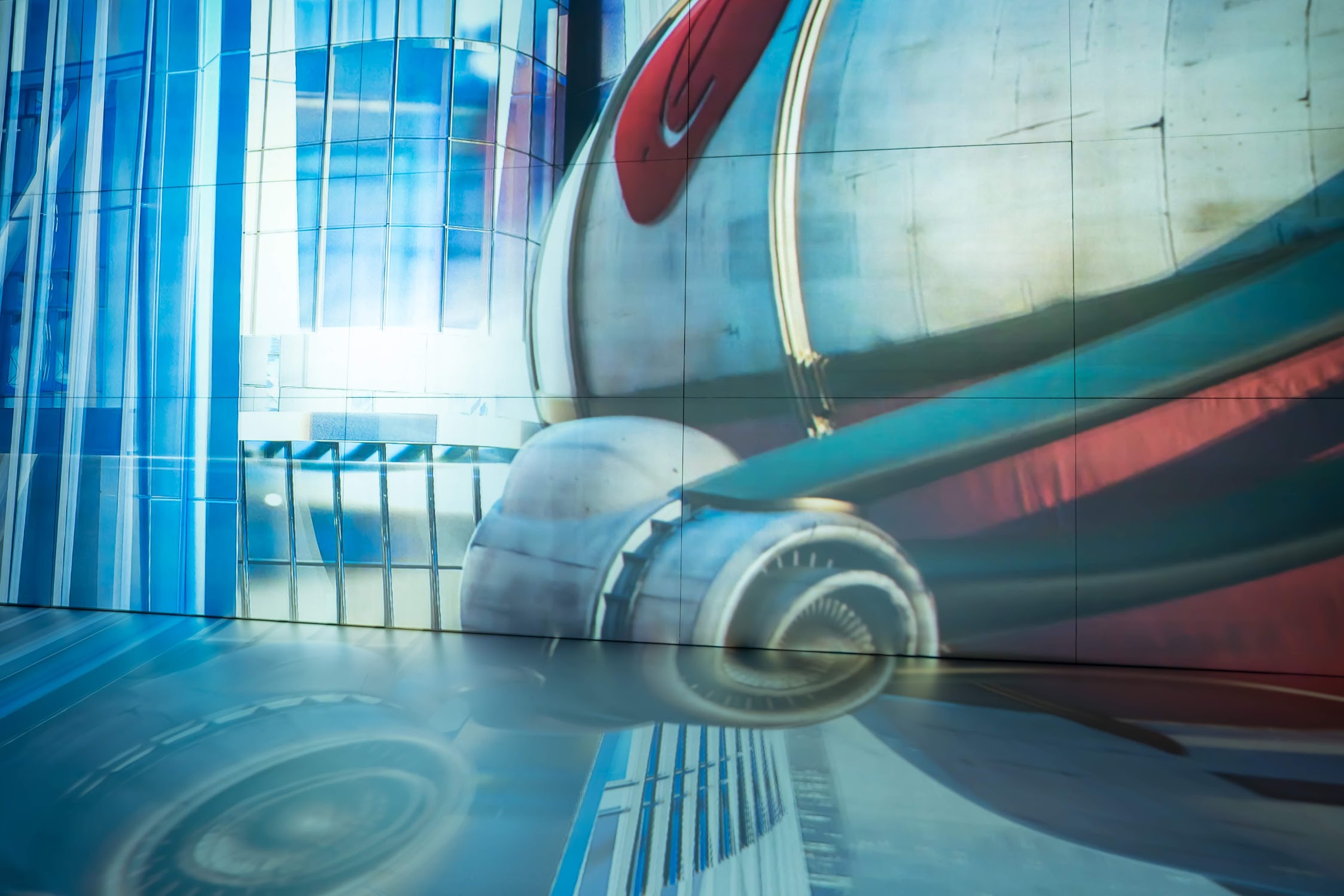 Then, the screen went up and the view outside came to my sight. However, it had poor visibility, so I gave up taking photos of views from the observation deck. 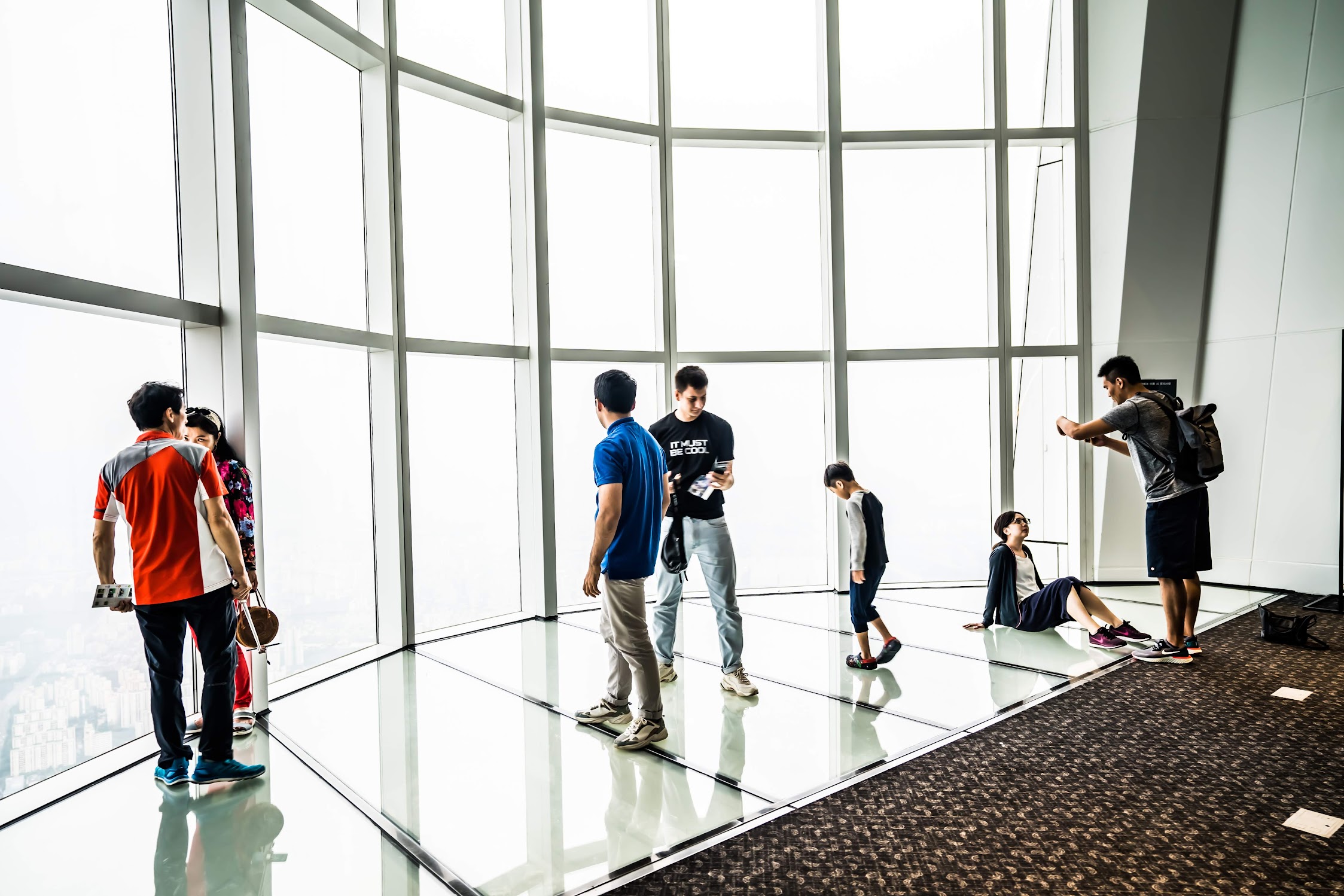 Instead, I will take photos of visitors in the observation deck. 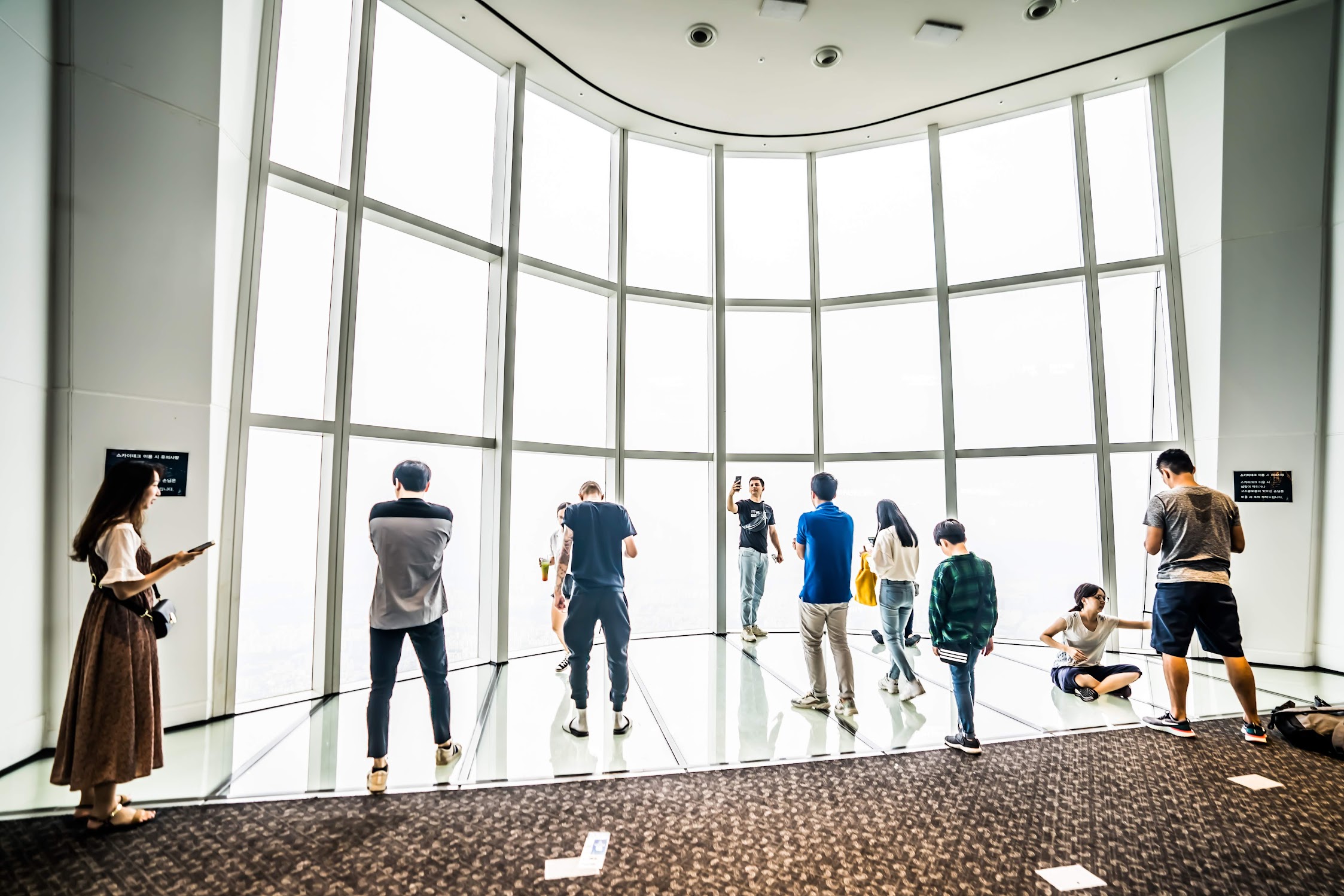 Though the weather was not good, visitors seemed to enjoy their visits. 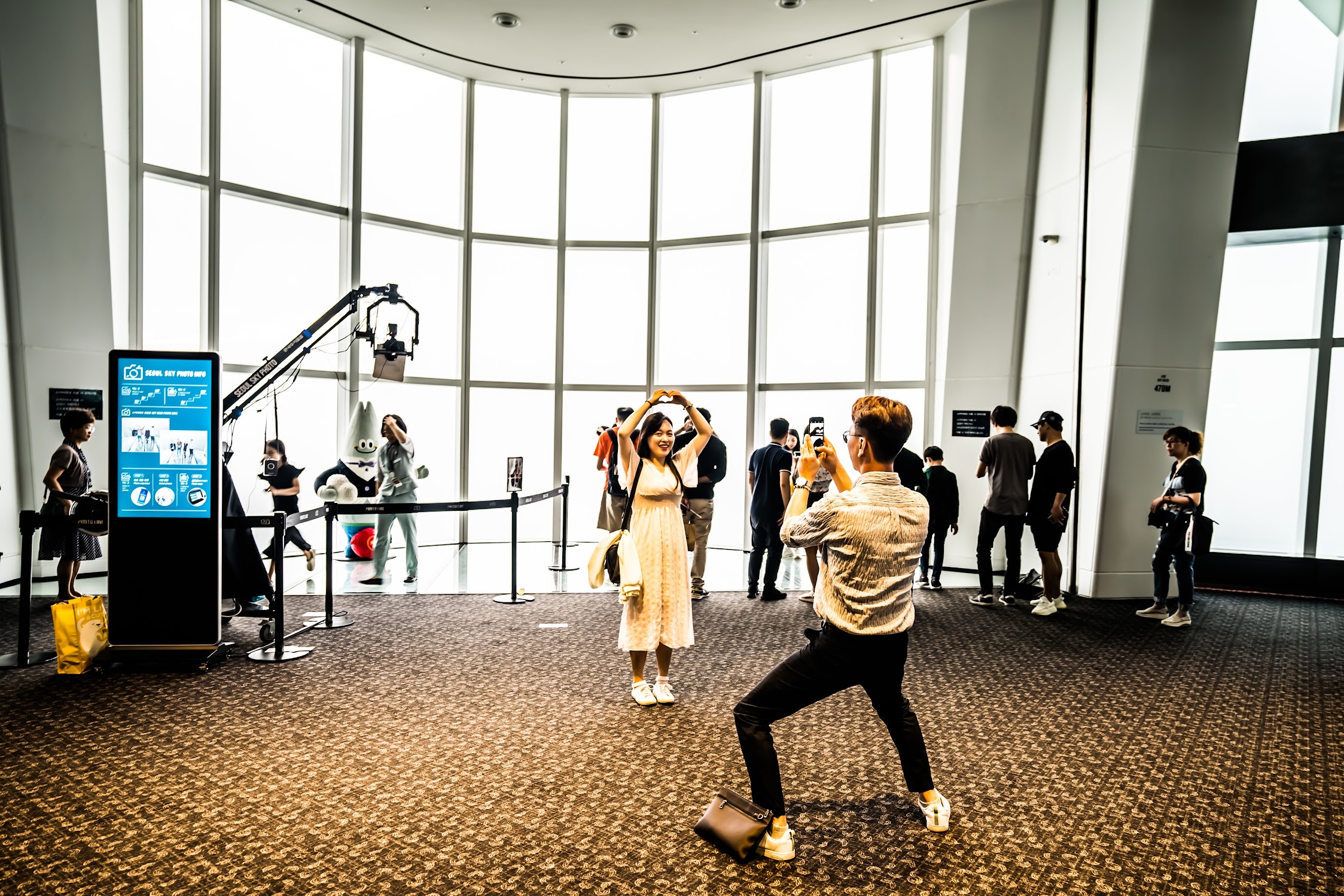 An object of “I Love Seoul Sky”. 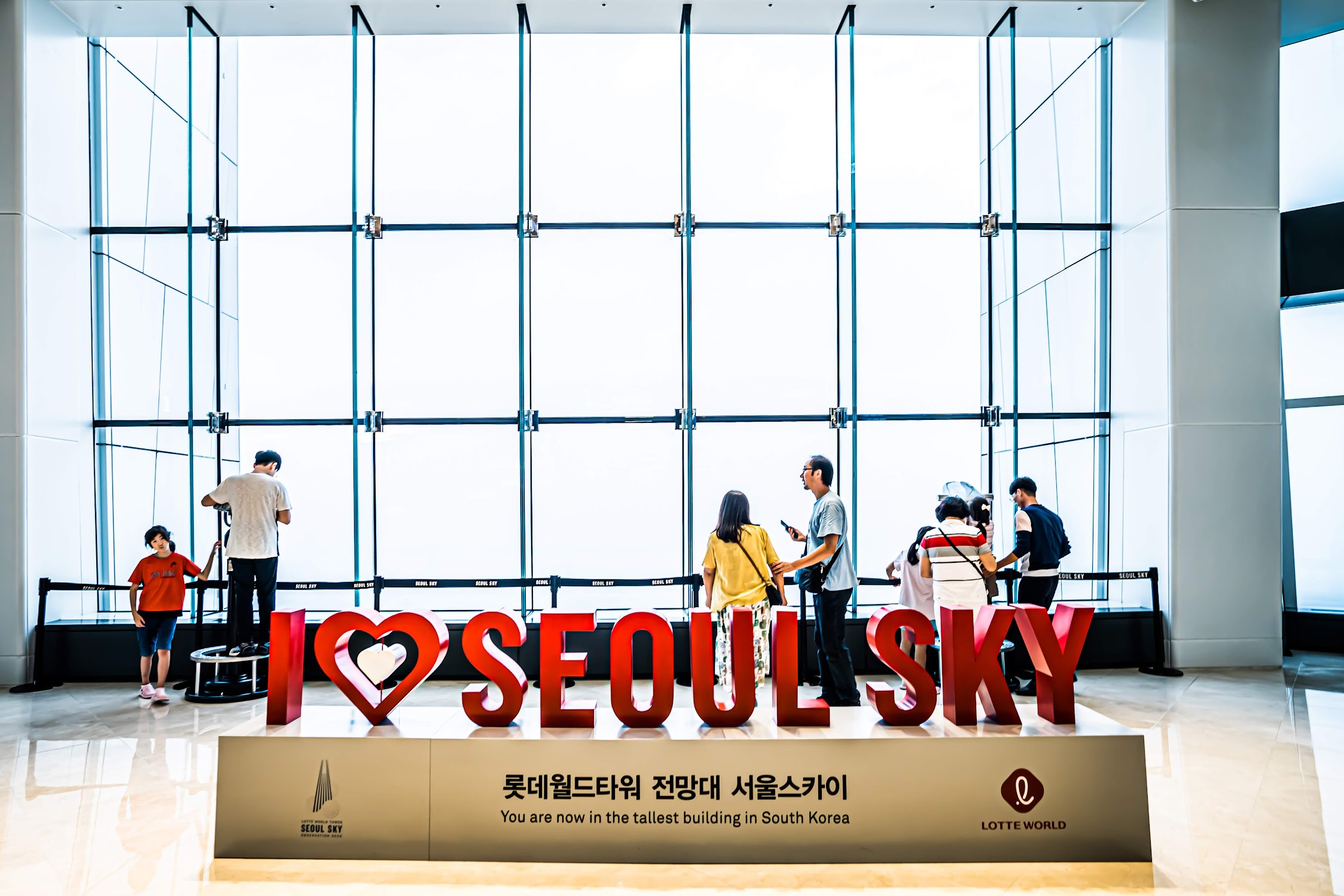 Another shot from the upper floor. 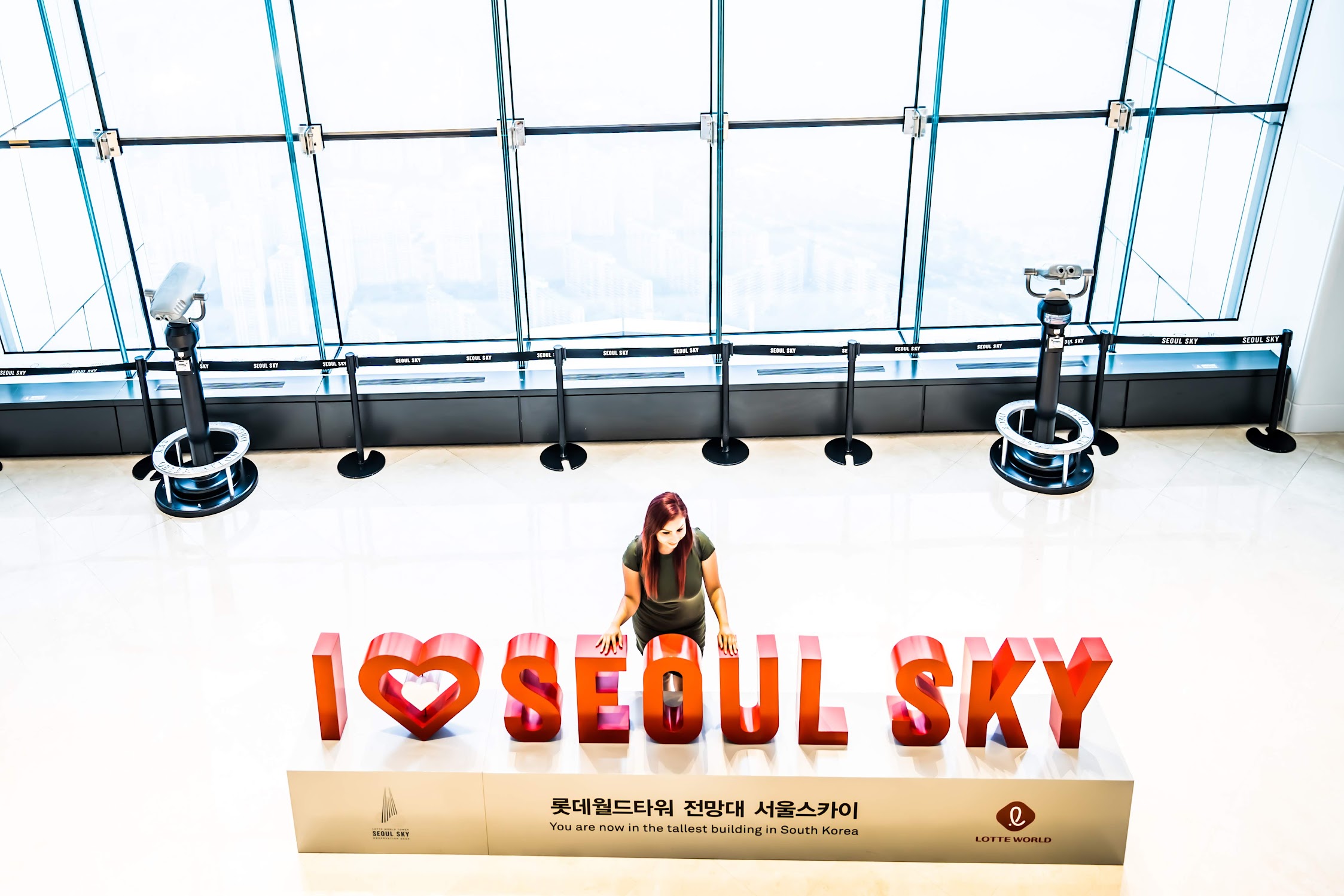 I left the observation deck and took out churros and soft cream on the first basement for dinner. 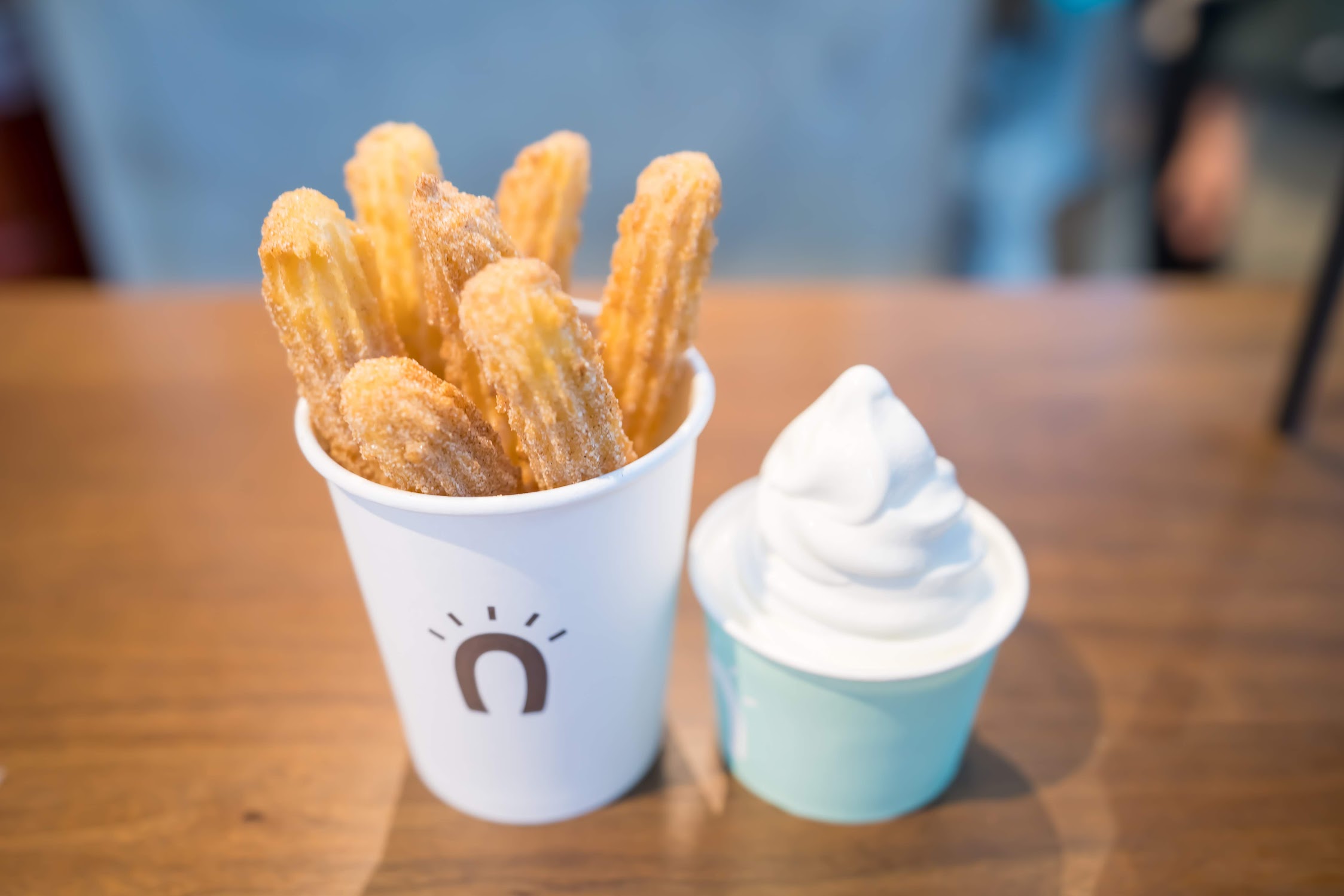 After dinner, I will take photos of Lotte World Mall with light-up. 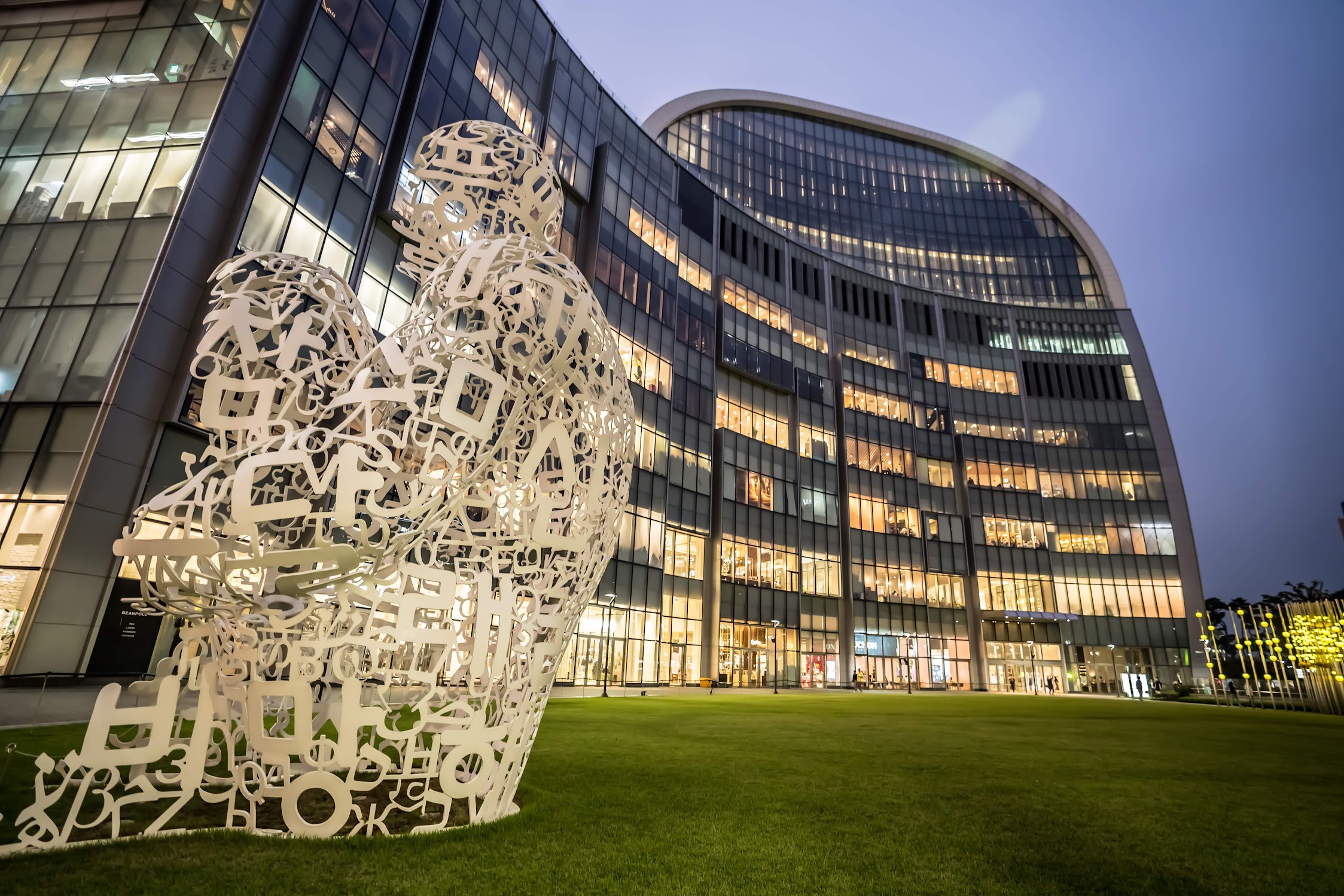 It was Sunday, so I saw lots of families and couples who were enjoying holiday. 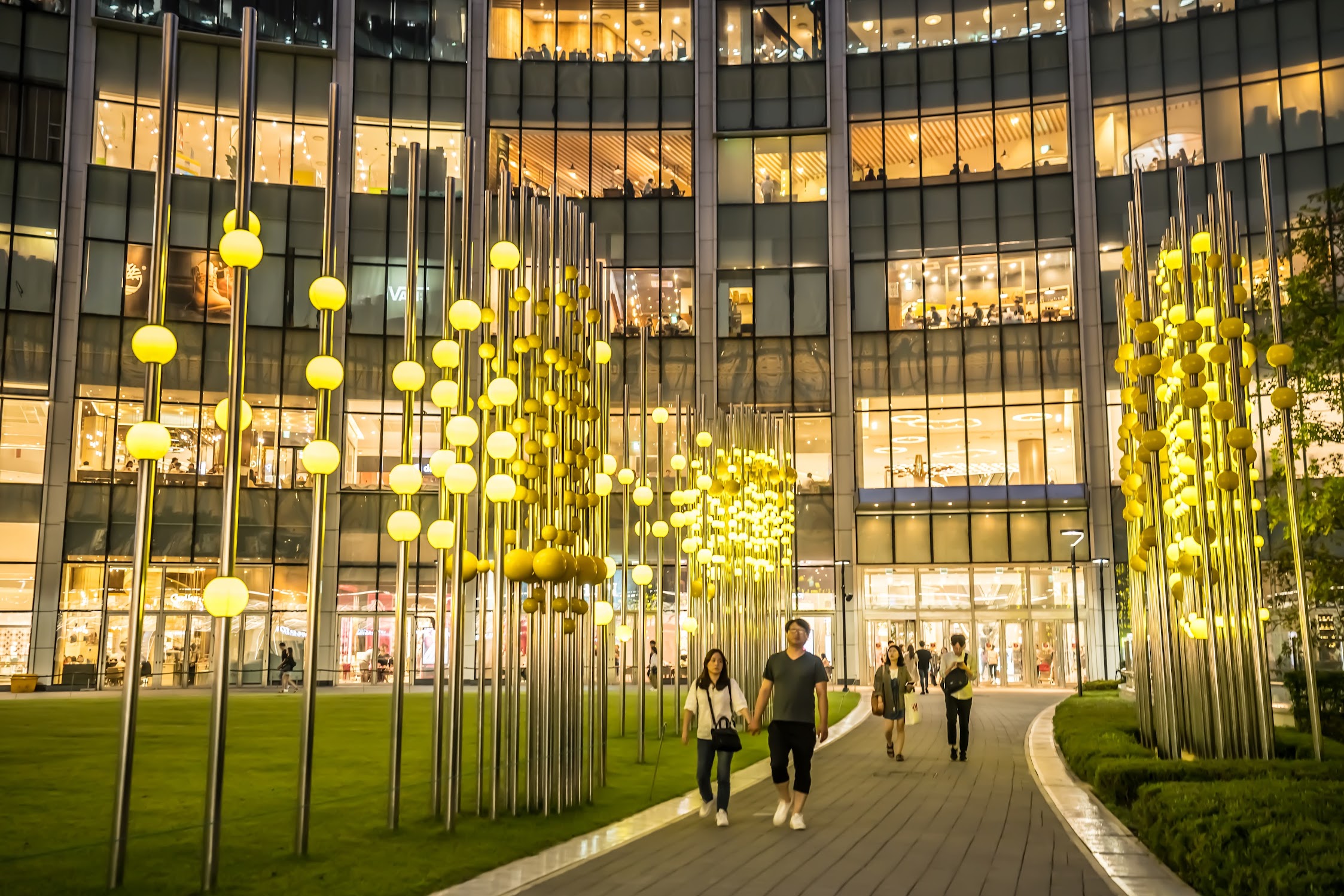 The art object became more attractive due to light-up. 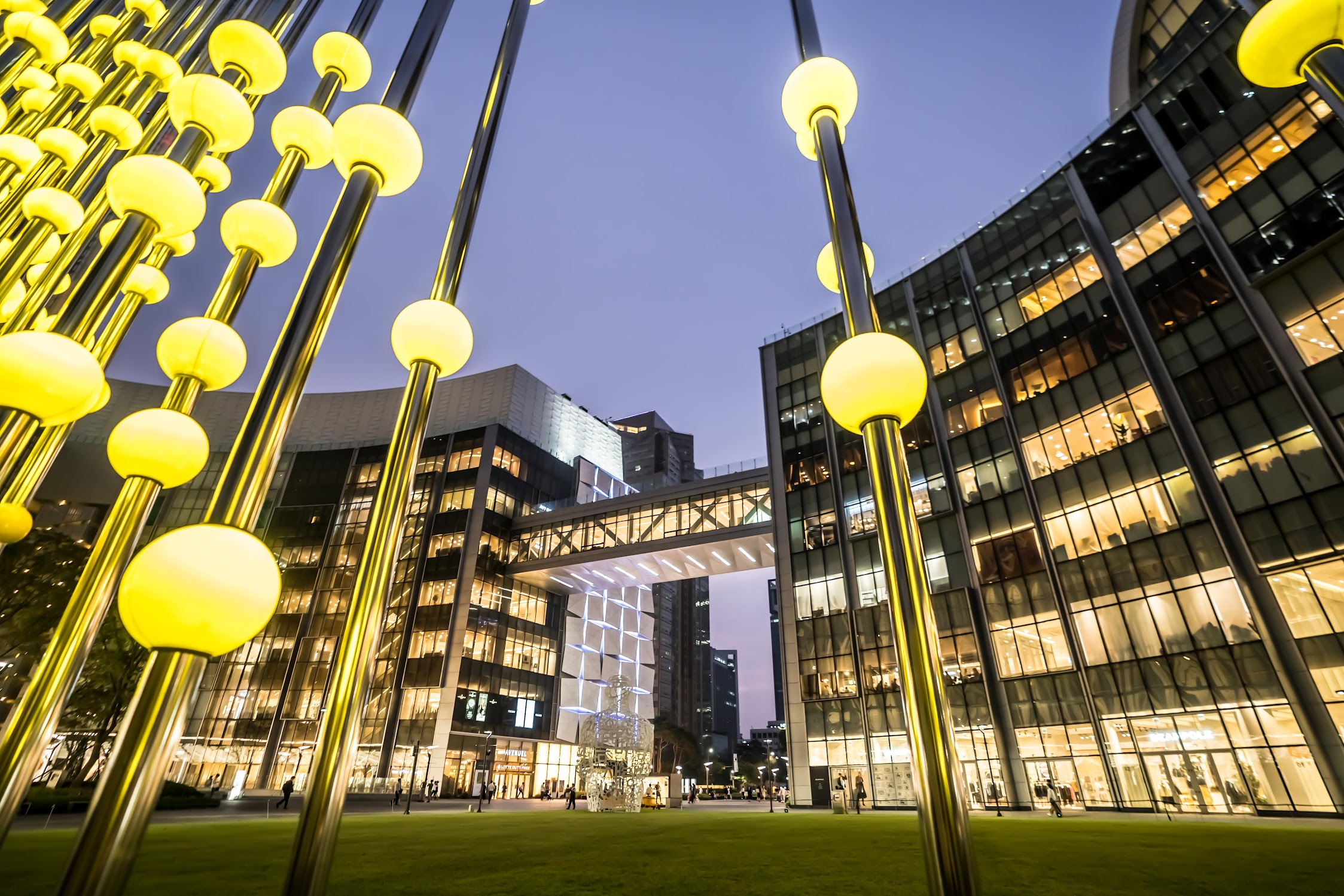 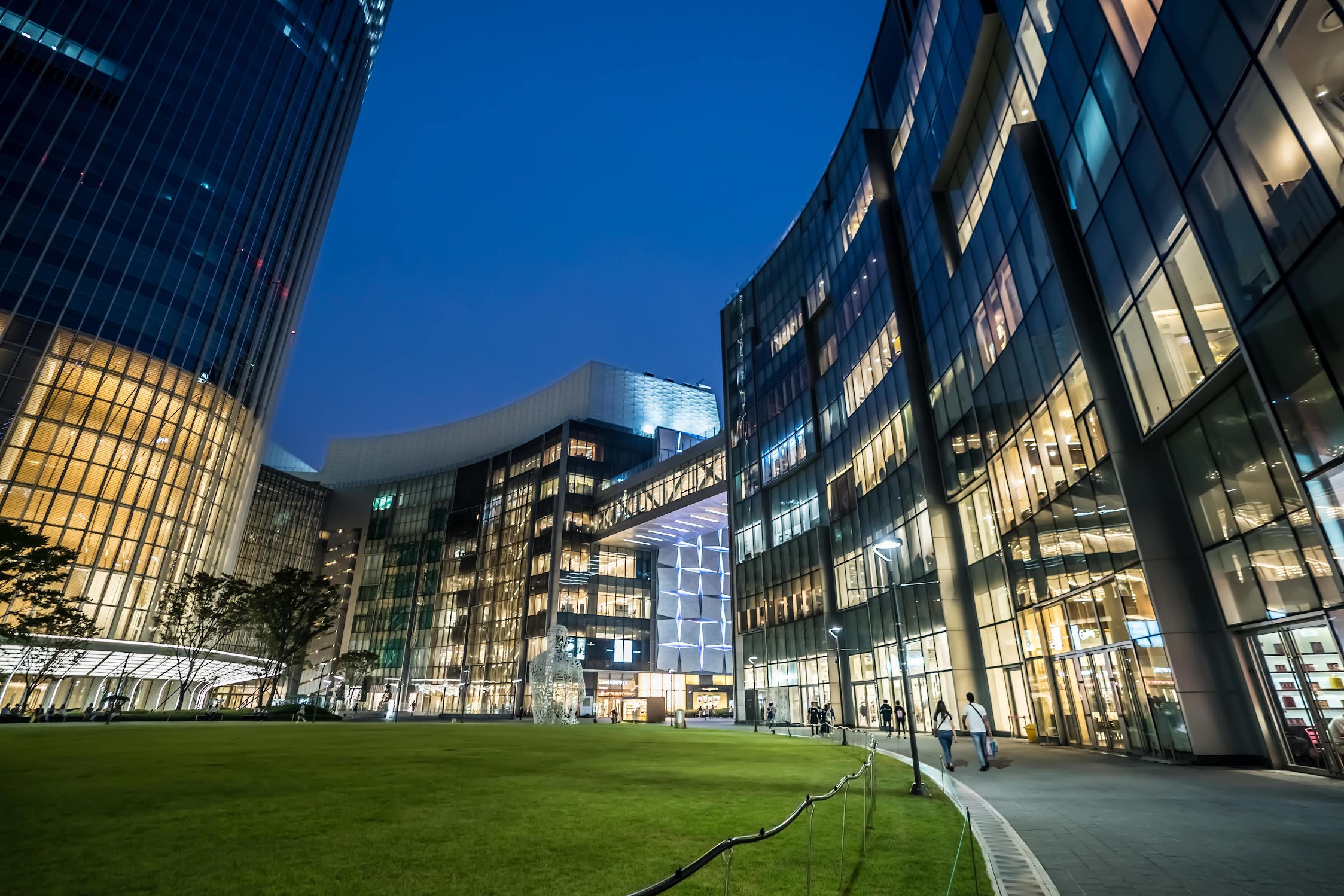 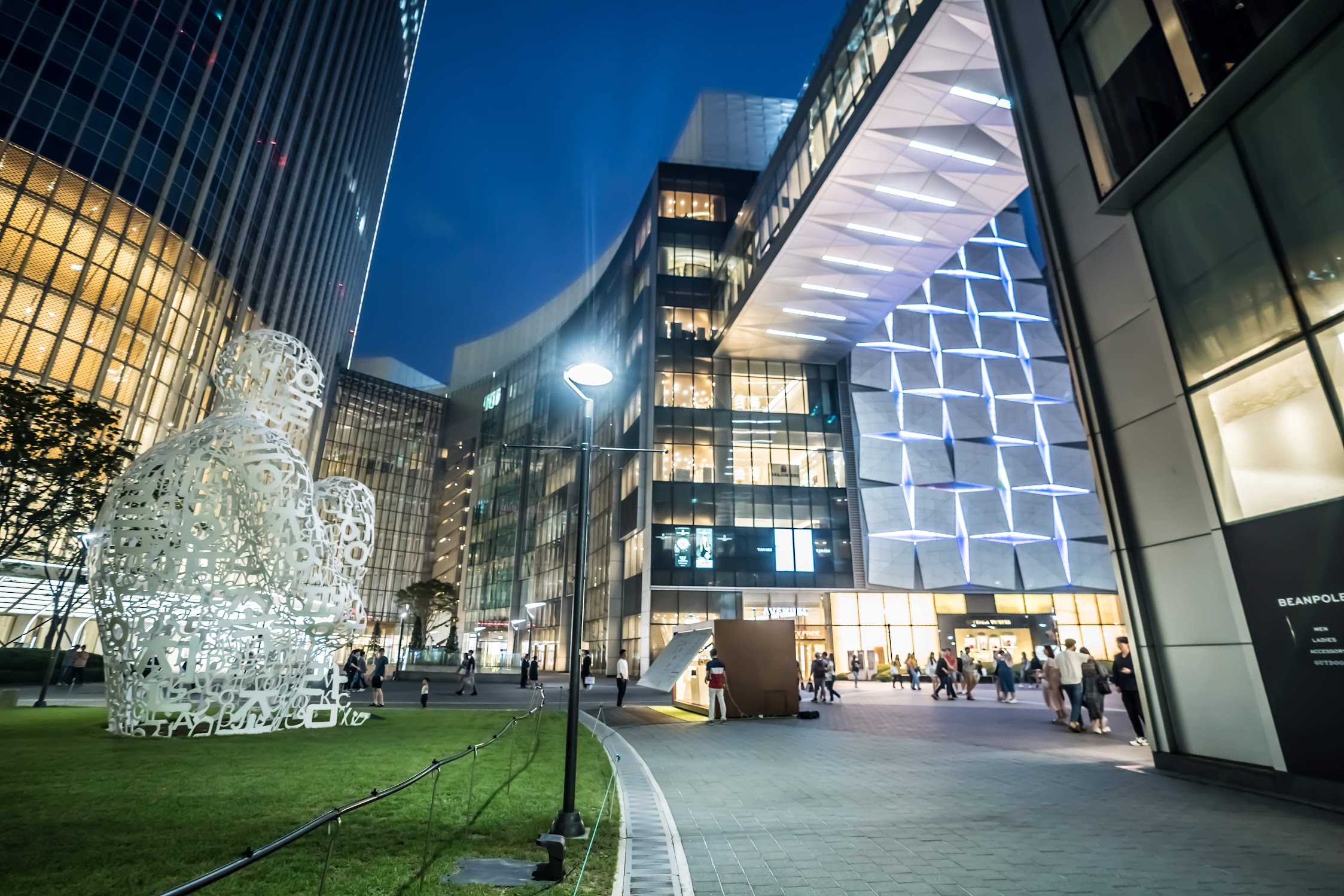 This human-like art work had a strong impact, didn’t it? 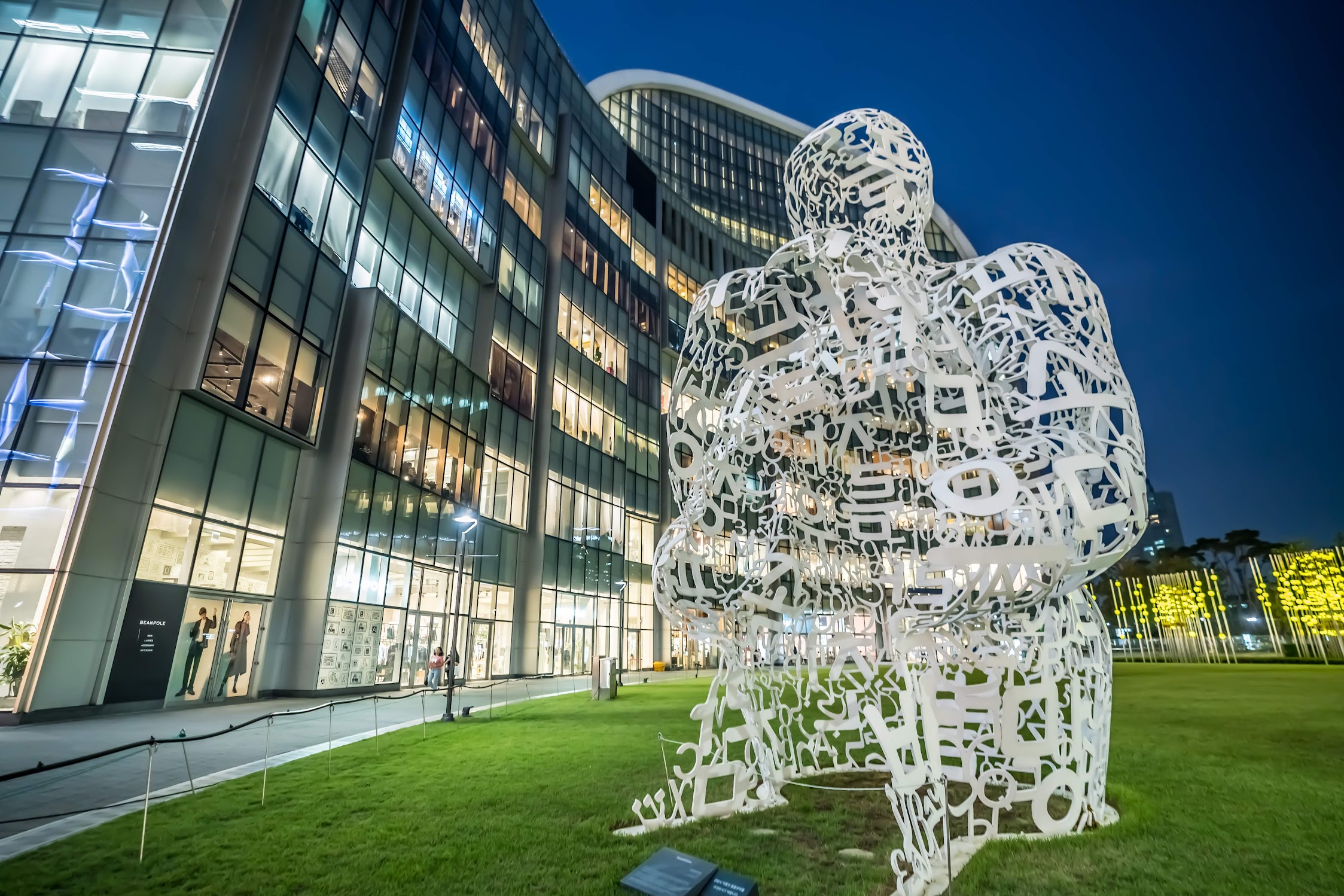 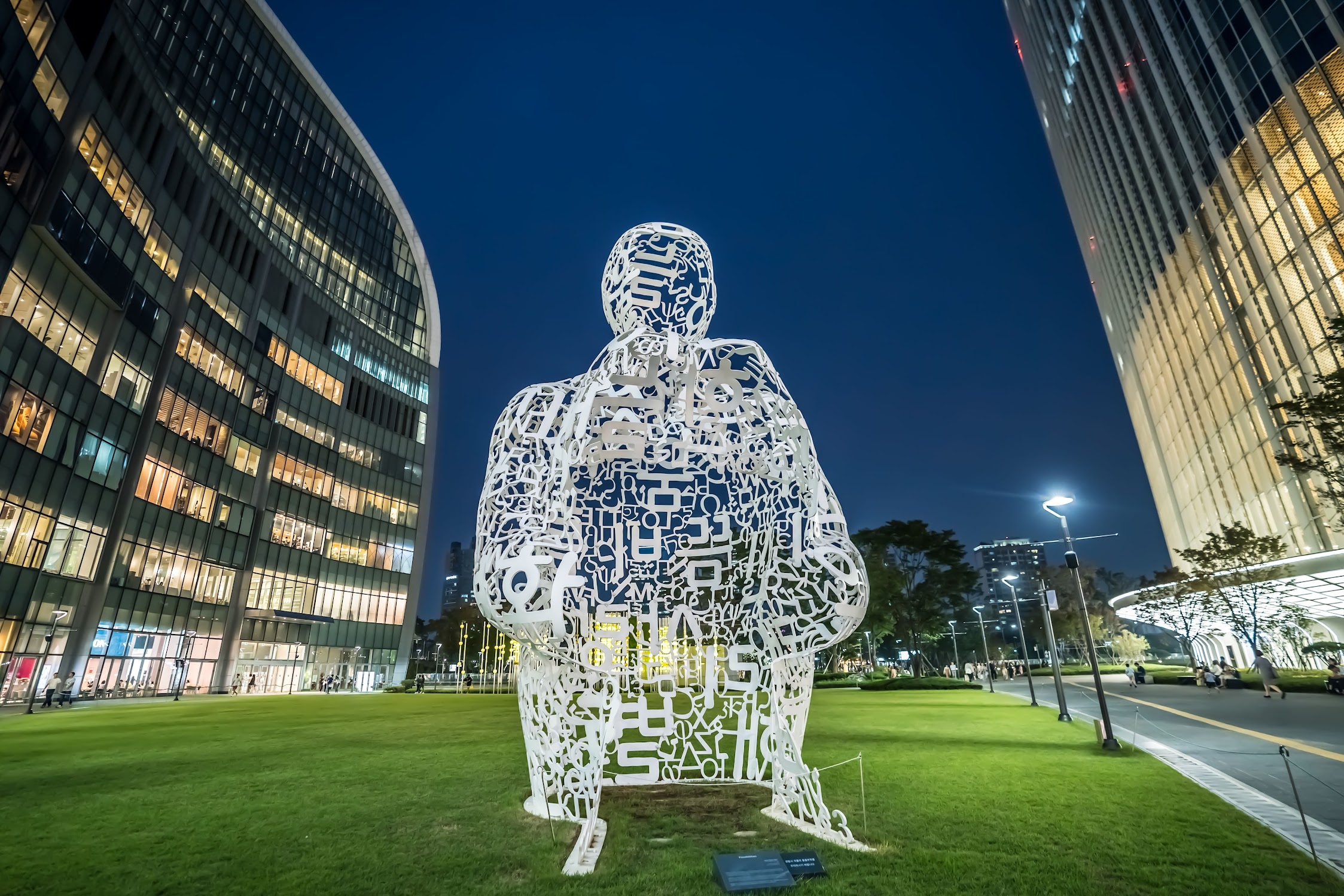 There was an office tower as well as the shopping mall. 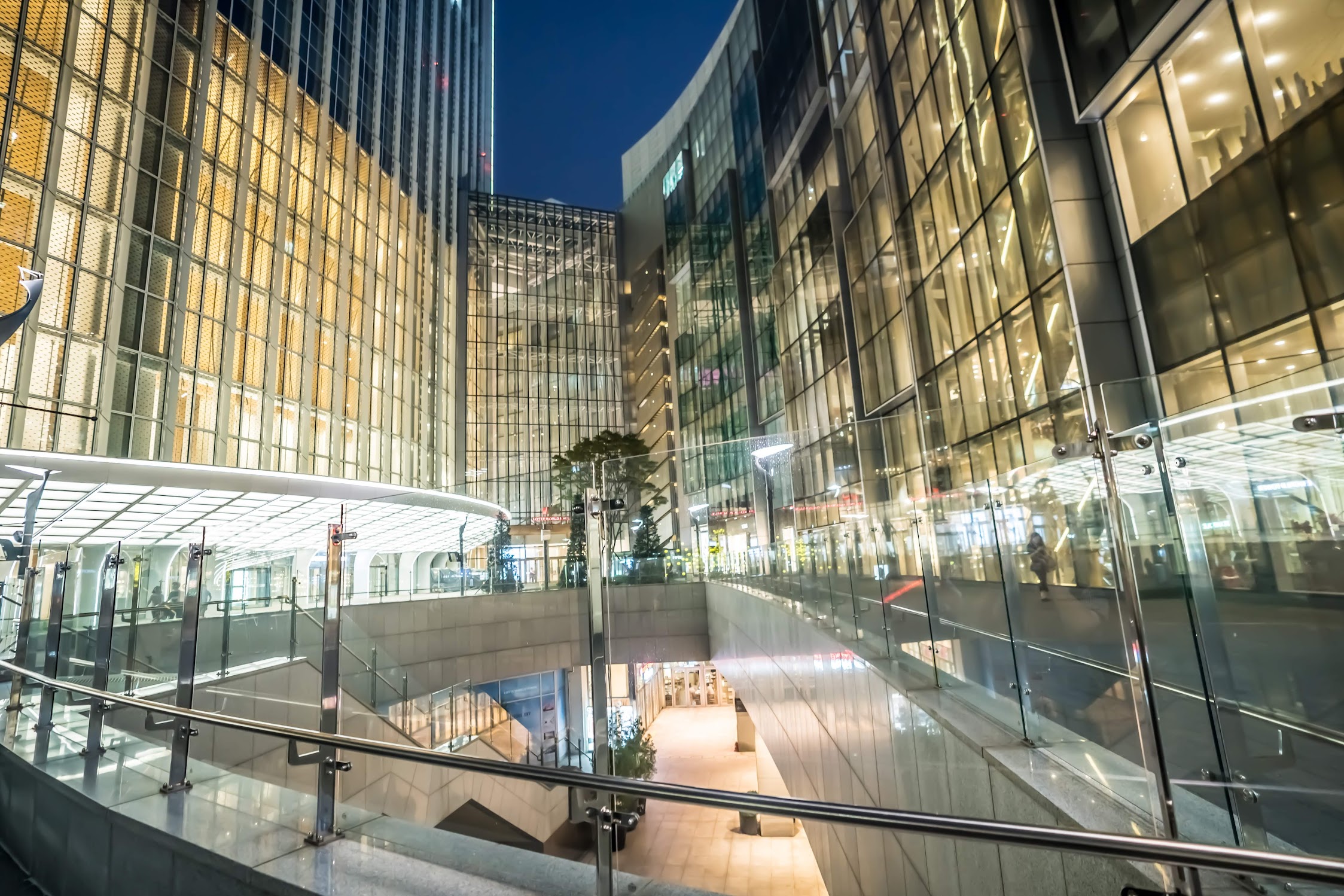 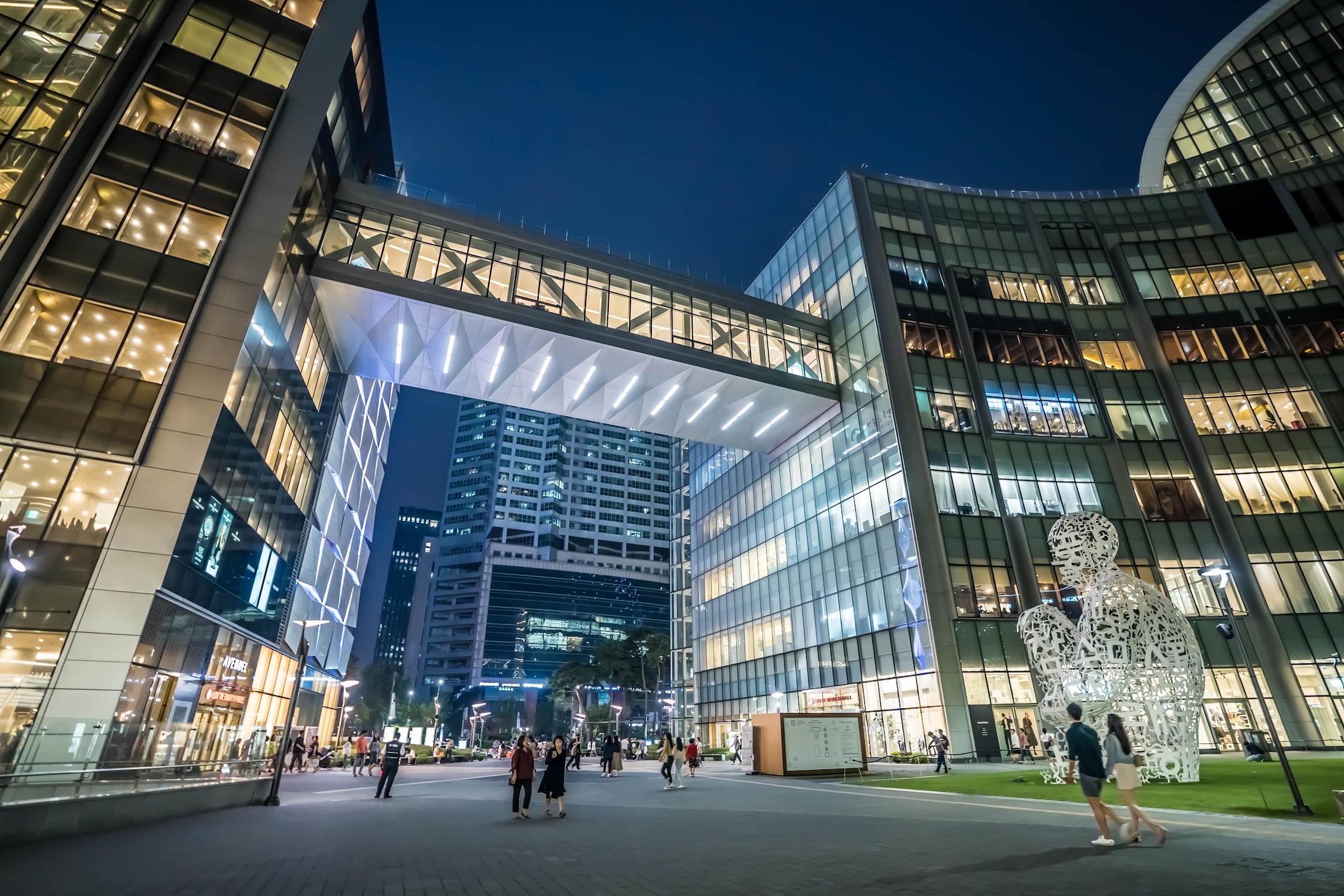 “Signiel Seoul” had an atmosphere of indeed luxury hotel. 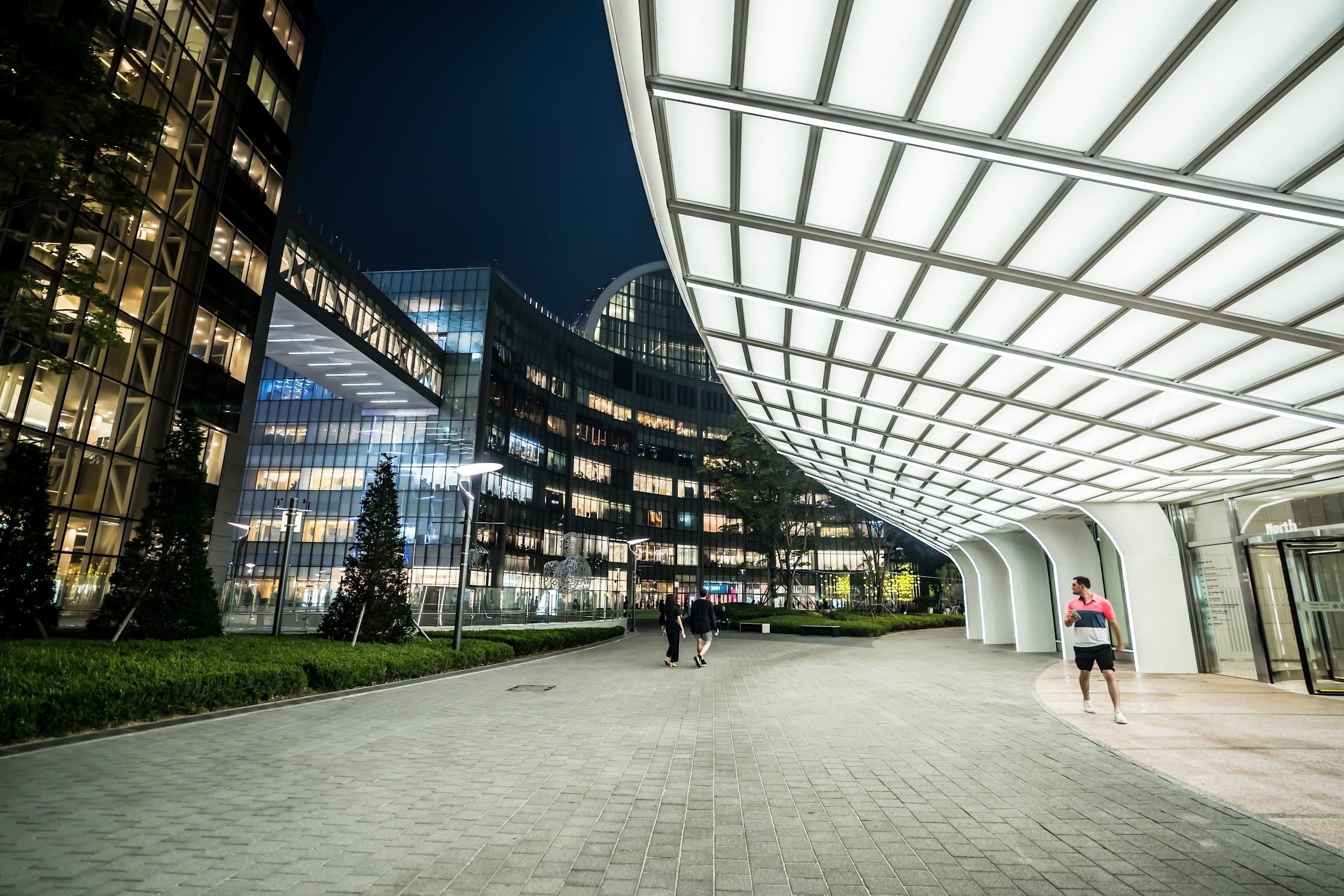 I saw lots of high-end cars. 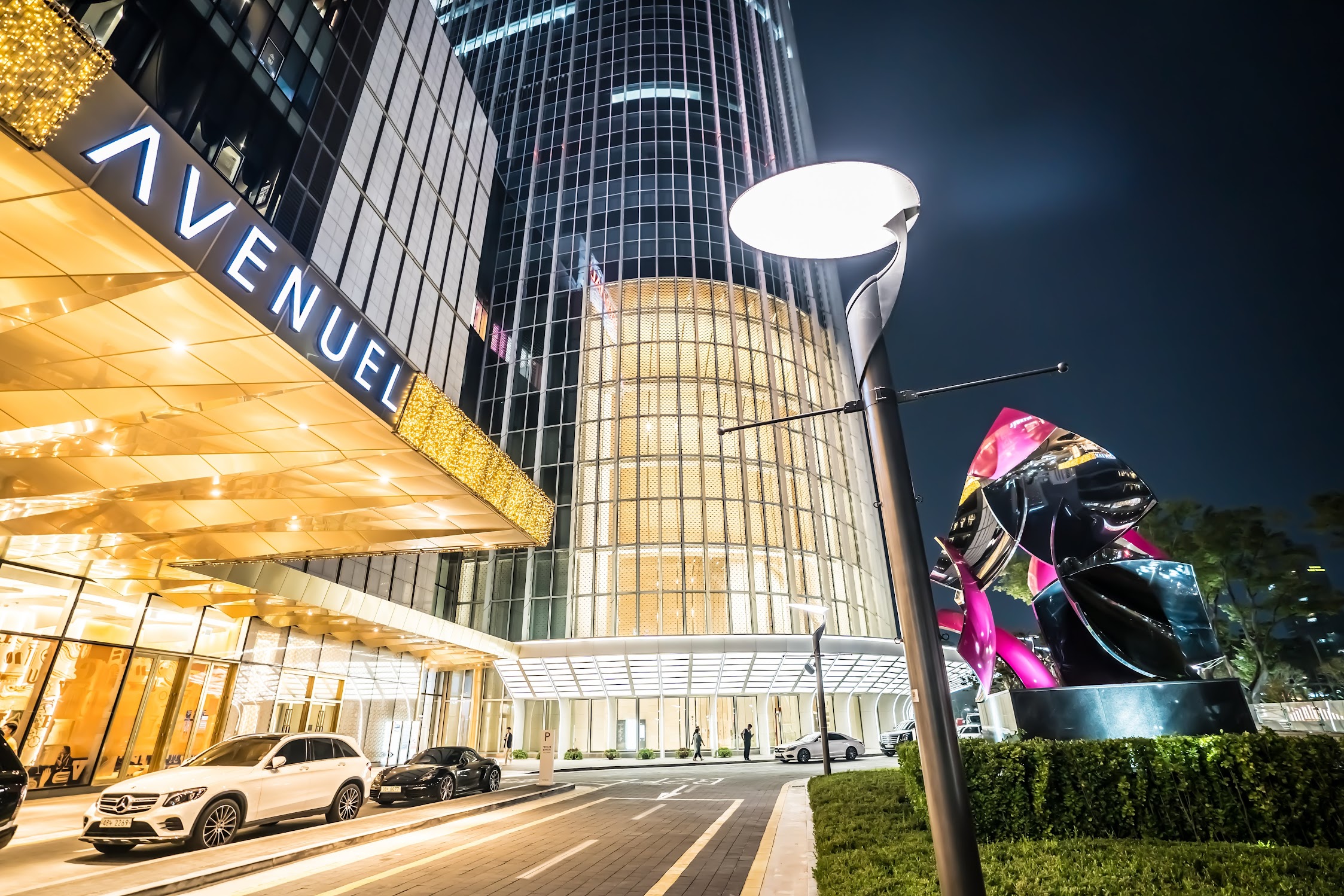 I left Lotte World Mall and walked around the area. 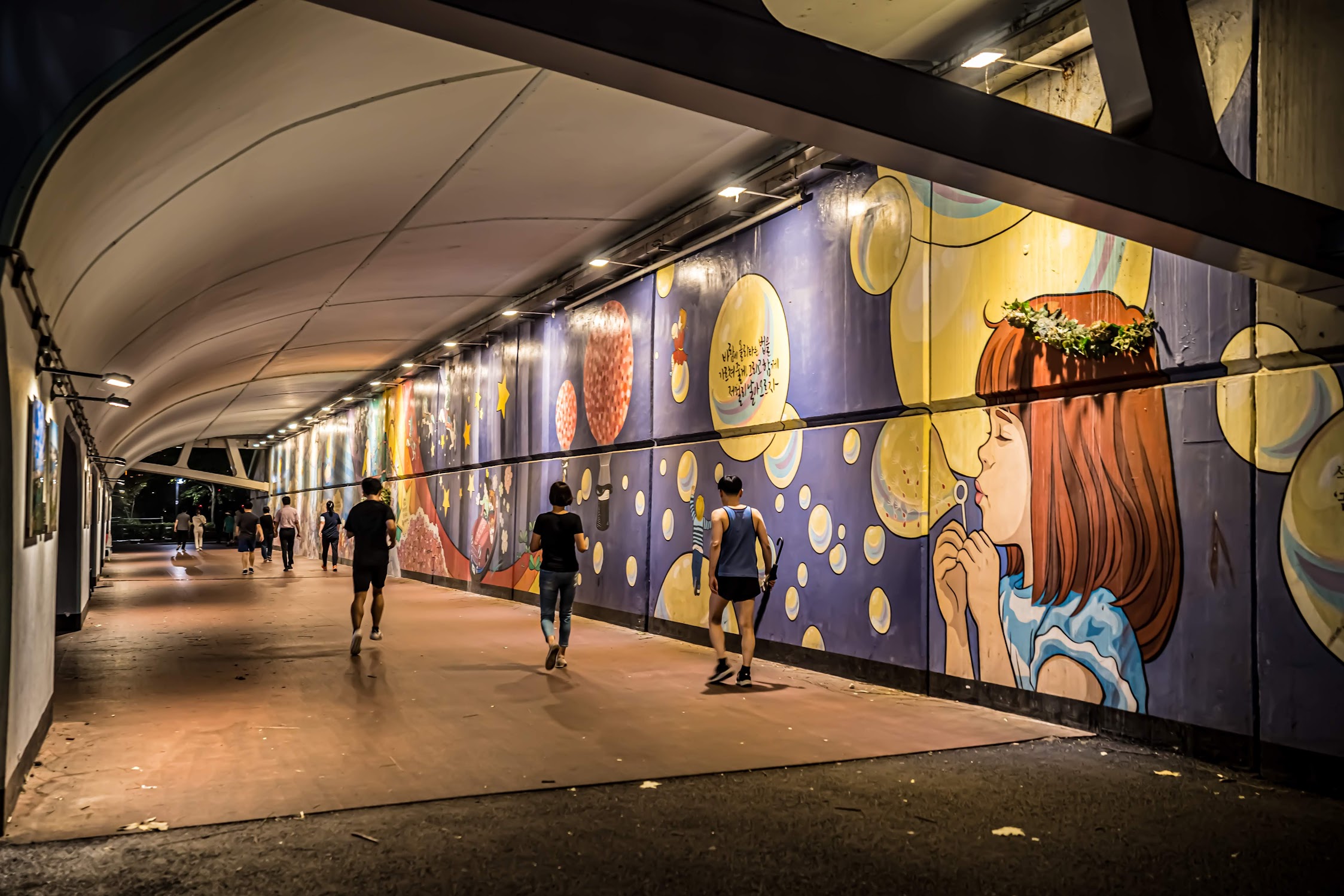 There was something like a park near Lotte World Mall and here is a view of Lotte World Tower. Another shot of Lotte World Tower. 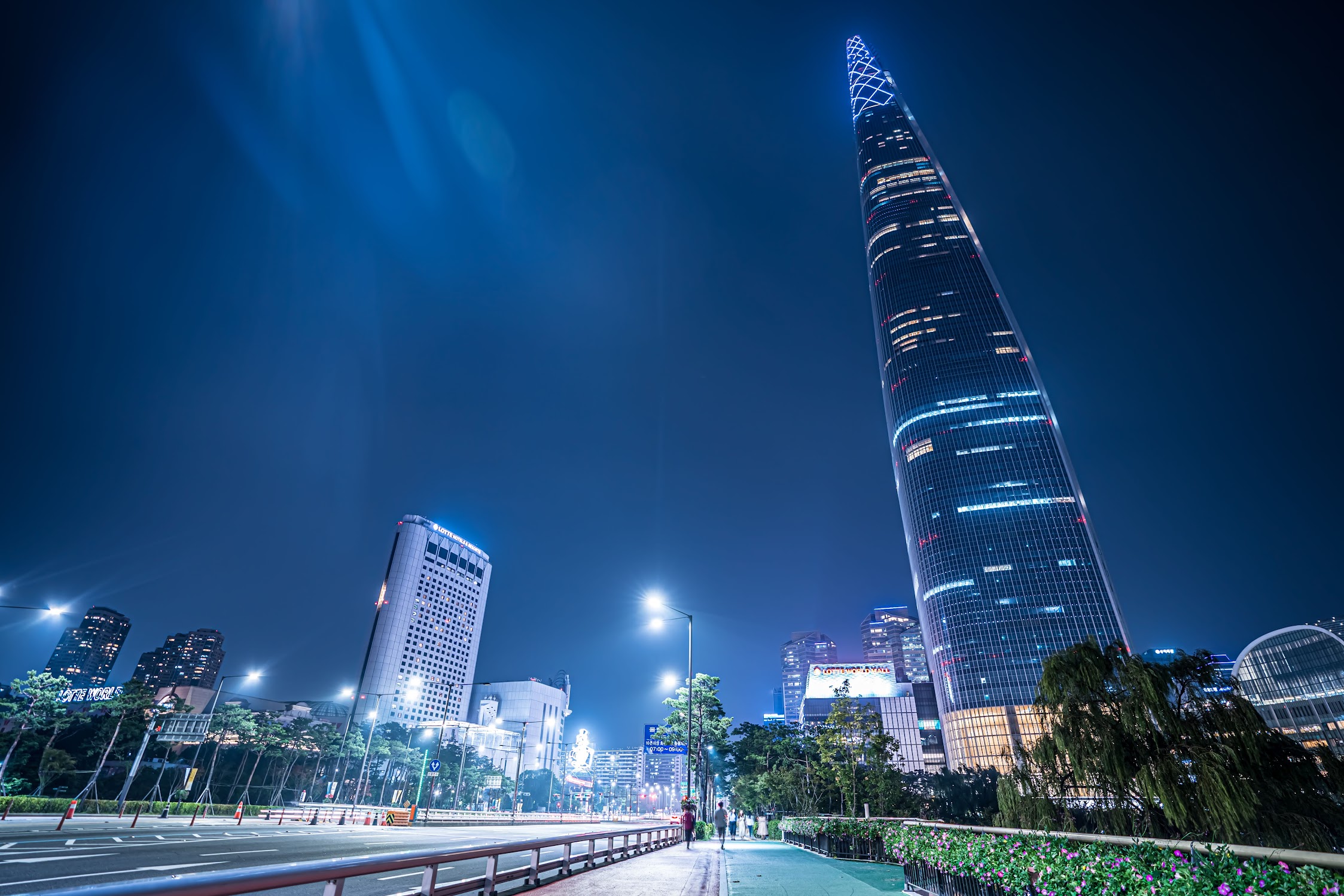 Lastly, I took a photo with the mascot of Lotte World. 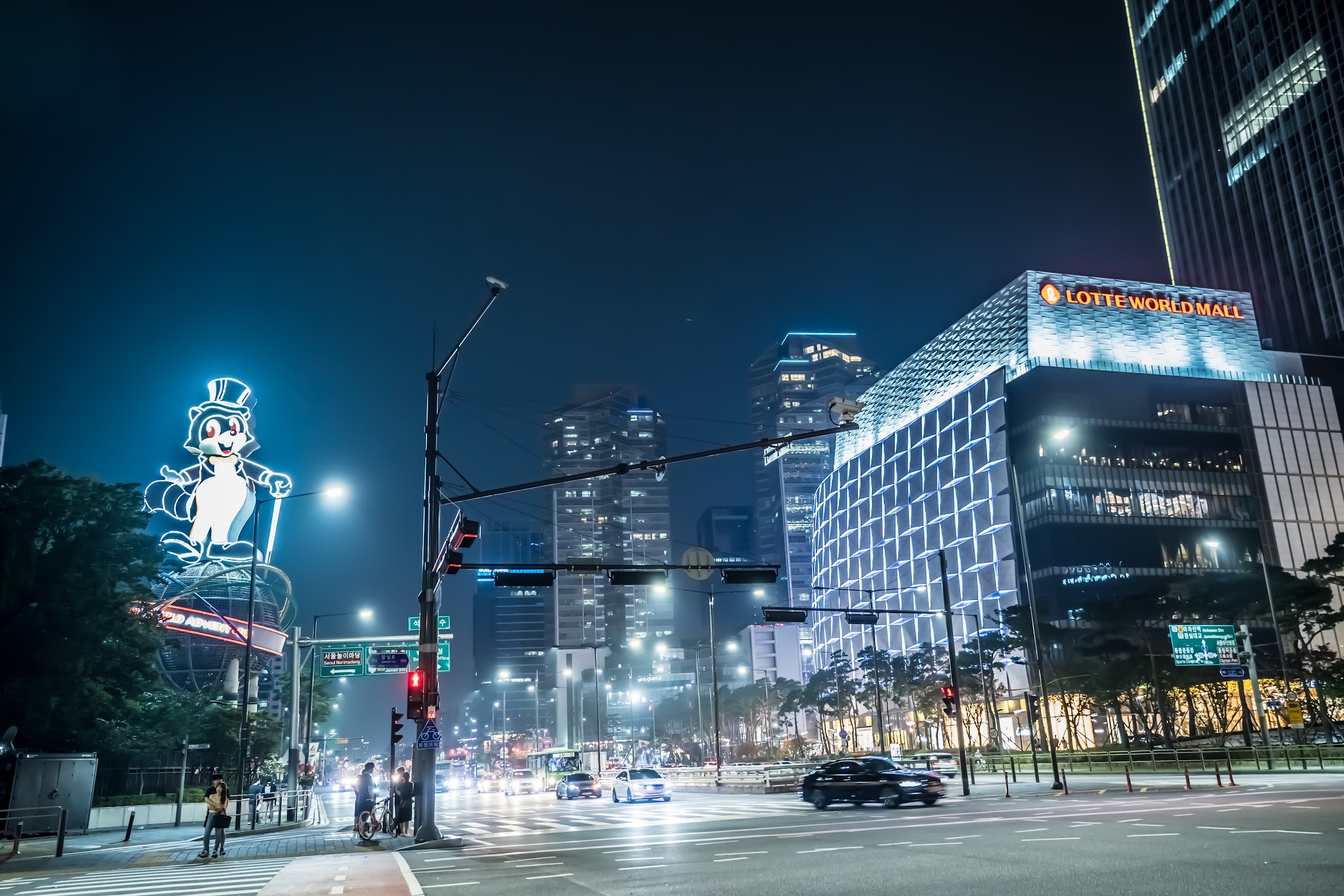 Then, I returned to the hotel and the fourth day of my Seoul trip was over.

That’s it for the article about evening scene in Lotte World as part of Day 4.

In the next article, I will write about Paradise City as part of Day 5.